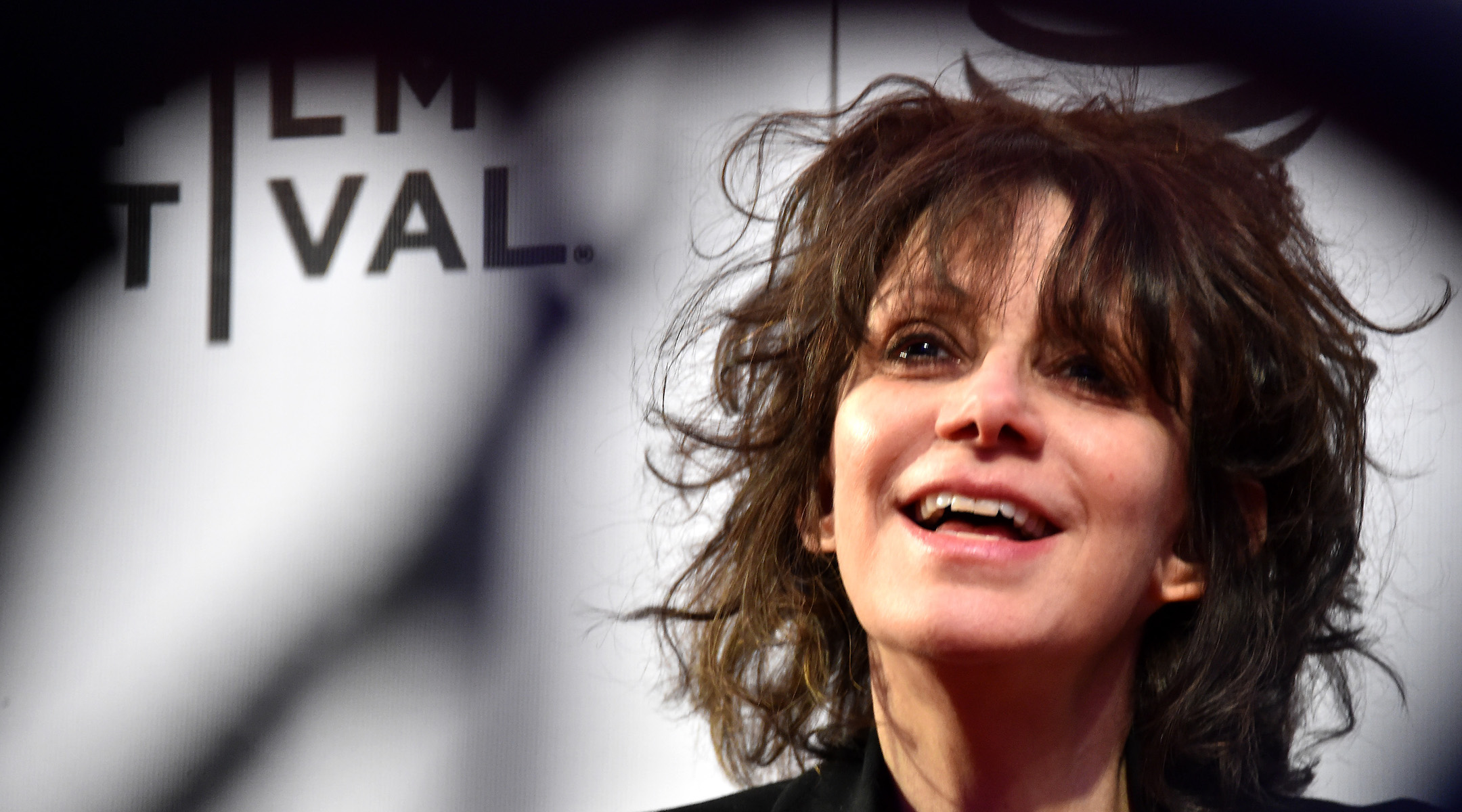 (JTA) — Officially and for the record, despite her Jewish-sounding name, Cher Horowitz is not a member of the tribe.

In fact, the Valley Girl heroine of the iconic 1995 film “Clueless” was never intended to be Jewish, says her creator, Amy Heckerling.

“I wasn’t thinking in terms of this being a Jewish story,” she said in a telephone interview. “I was taking the plot of Jane Austen’s ‘Emma’ and translating it into that world.”

Wallace Shawn, the witty Jewish actor who played a teacher in the film, improvised the name Cher Horowitz while they were shooting a scene in which he was taking attendance.

“In my mind, you’re always writing versions of people you know, and to me it felt like I was writing about the daughters of people in show business in L.A.,” Heckerling said.

Heckerling, 64, is the director of other major box office hits such as “Fast Times at Ridgemont High” and “National Lampoon’s European Vacation.” She also wrote and directed the “Look Who’s Talking” movies, all before “Clueless,” which was also a huge success, and helped launch the careers of Alicia Silverstone and Paul Rudd. It spawned a sitcom on ABC as well and brought Valley Girl expressions — like “as if,” “whatever” and “harsh” — into the mainstream.

Now the oblivious but socially intuitive Southern California teenager and her friends are back, in a Broadway musical that debuted earlier this month and is scheduled to run through Jan. 12 at The Alice Griffin Jewel Box Theatre at The Pershing Square Signature Center.

It was a long time in the making.

“I’ve always felt that the movie wanted to be a musical,” Heckerling said. There were attempts by producers who optioned the show that “never worked out.” In those versions, set in contemporary times, Cher seemed out of place. Heckerling ended up writing more of-the-time lyrics to ’90s pop song melodies.

The confection she came up with seems to have caught the zeitgeist of the times, when audiences have shown an affinity for Hollywood movies turned into theatrical musicals. “Pretty Woman” and “Mean Girls,” adapted to the stage, are playing to capacity audiences. While audience reaction to “Clueless” has been kind, the critical reaction hasn’t.

That’s not going to happen, as she has learned in her lengthy but at times unlikely career in a business that has been historically unreceptive to women directors.

Heckerling grew up mostly in the Bronx. Her brother went to Hebrew school and had a bar mitzvah, but she, like most Jewish girls in the 1950s and ’60s, did not have a bat mitzvah. She said the family lived in a building filled with Holocaust survivors.

“My two best friends, their parents were in the camps,” Heckerling said. “My mother, who was born in America, spent a lot of time writing letters for these people for whom English was not their first language. Everywhere you went — the butcher, the baker — everyone had numbers on their arms and everyone kept saying ‘Never forget.’”

Both her parents worked, so Heckerling spent a lot of time with her grandfather, who nurtured her love of film. But it wasn’t until high school that she made a career choice.

“I attended Art & Design High School and at one point you had to write about what you wanted to be when you grew up,” she recalled. “I wrote that I wanted to be a writer for Mad  magazine. Mort Drucker [a Mad artist and writer] was one of my heroes. The boy who sat down next to me said he wanted to make movies, and that got me angry. He always copied off me, and if he could do movies, I could, too.”

Heckerling said her parents were “not very happy” about her career choice.

“My father thought if I didn’t learn how to type I wasn’t going to be able to get a job,” she said. “My mother wanted to be encouraging, but it seemed very unlikely I’d be successful. It’s just that I wanted it so bad.”

Her instructors at New York University’s film school weren’t always encouraging, either. But she made it through and enrolled in the master’s program at the prestigious American Film Institute in Los Angeles, where her student film earned her a shot at a Universal Pictures project. Heckerling was handed the script for Cameron Crowe’s “Fast Times at Ridgemont High”– in part because the studio didn’t know what to do with it.

Universal didn’t advertise the film when it opened and only showed the movie in a handful of West Coast theaters. But following its immediate word-of-mouth success “Fast Times,” which made a star out of Sean Penn, was released nationally.

In a bit of a Hollywood fairy tale, Heckerling quickly had her choice of projects.

She had a string of successes, but there were some disappointments, too. “I Could Never Be Your Woman,” for instance — a cute, favorably reviewed romantic comedy starring Paul Rudd and Michelle Pfeiffer — went straight to video, presumably because of financial issues unrelated to the creative end of the film.

So she has spent most of her creative energies recently in television directing episodes of others’ shows.

“I try not to be bitter. I know there are some things to be mad about, but I try to block them out of my mind where they can block creativity,” she said.

Heckerling may have a new project up her sleeve, but like many a superstitious Jew, she won’t discuss the details.

“The evil eye watches you,” she said, “and if you talk about it, the evil eye will poo poo it.”