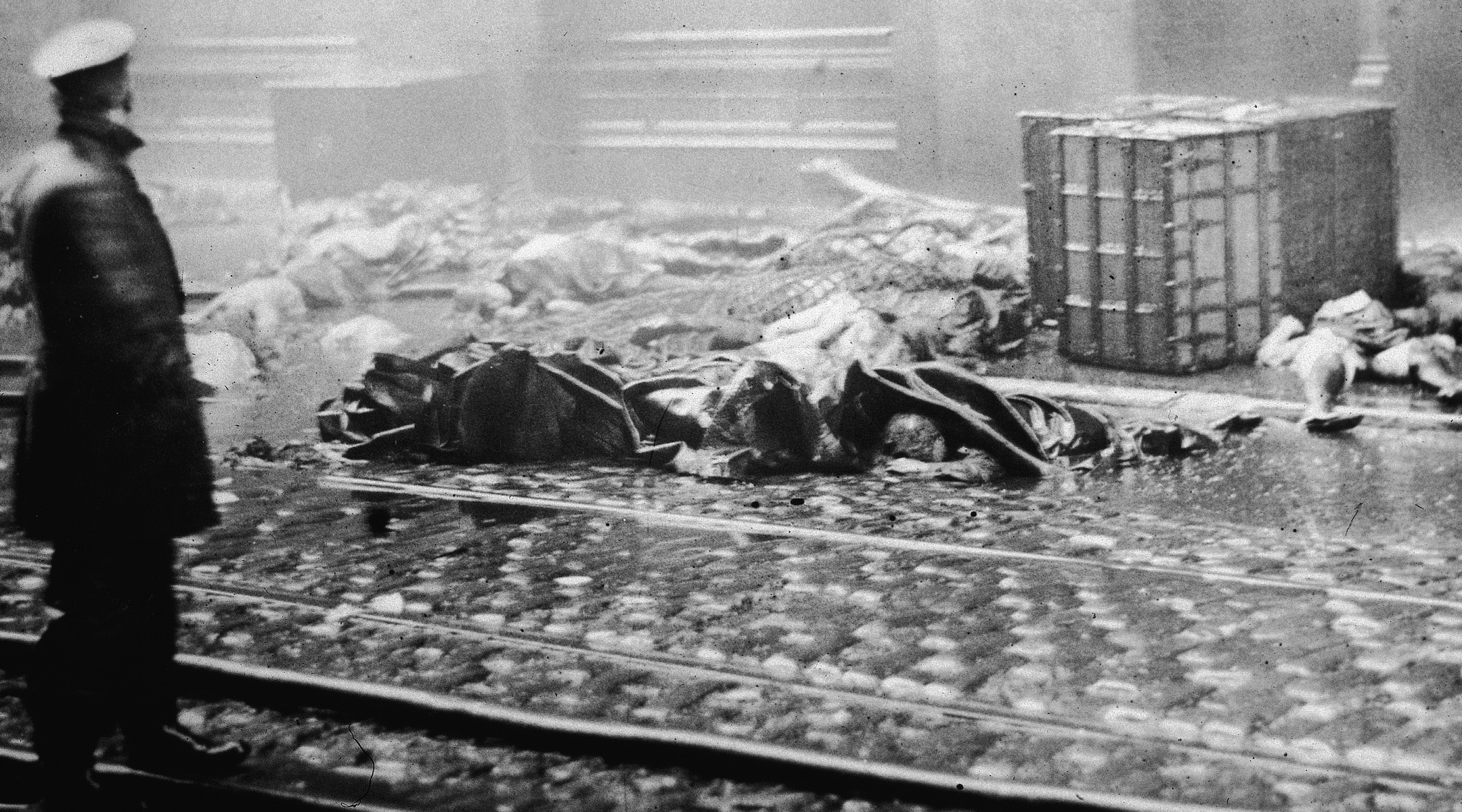 (JTA) — Was it coincidence or fate that the New York Philharmonic commissioned Julia Wolfe to compose a new piece about the deadly fire at the Triangle Shirtwaist Factory?

For years she has passed the site on New York’s Greene Street and Washington Place where 146 young women, all Eastern European Jewish and Italian immigrants, died on March 25, 1911. The factory was overcrowded and its exits locked or inaccessible, and the sight of women and girls leaping to their deaths haunted Greenwich Village for generations.

In the aftermath, there were massive protests led by the teenager Clara Lemlich and militant trade unionist Rose Schneiderman, the “farbrente Yidishe meydelkh” (the firebrand young Jewish girls), that ultimately led to improved conditions in garment factories.

“The subject is really close to my heart, and I’ve been thinking about it for years,” said Wolfe, a music professor at nearby New York University.

For three nights at Lincoln Center beginning Jan. 24, her composition for full orchestra and voices, “Fire in My Mouth,” will be the centerpiece of a two-week outreach program by the orchestra called New York Stories: Threads of Our City, which examines the city’s immigrant roots.

The piece takes its title from Lemlich, who two years before the fire had helped inspire what then was the largest strike by female workers in the United States. Recalling her activist youth, an aging Lemlich told an interviewer, “Ah, then I had fire in my mouth!”

In several ways this is familiar terrain for Wolfe. She has written about labor previously, most famously in “Anthracite Fields,” a piece about Pennsylvania coal miners that earned her a Pulitzer Prize. When she won a MacArthur “genius” grant in 2016, the foundation cited her “highly physical, large-scale narrative compositions that reimagine folk traditions and lore and address issues of the American worker.”

Her father-in-law, an immigrant from Poland, was a cutter in the garment business. She lived 10 years in the Hillman Houses, a Manhattan cooperative originally built by the Amalgamated Clothing Workers for its members and named after the ACW’s founder and first president, Sidney Hillman.

Wolfe, a Sabbath observer and self-described “kosher vegetarian,” is a member of the Stanton Street Shul, a 10-minute walk from the ill-fated factory, now known as the Brown Building. On its walls are three plaques recalling the fire and its victims.

In the program notes, Wolfe describes the factory workers and their working conditions.

“They arrived to these shores with sewing skills and were eager to work on the large factory floors,” she writes. “They sat at long tables, working long hours, amidst the roar of hundreds of sewing machines. The garment workers had no recourse against intolerable conditions, no worker protections. They began to organize. I became fascinated by the young women who led the fight for reform — Clara Lemlich, Rose Schneiderman, and others, who persevered against extreme obstacles.”

Though not exclusively, Wolfe’s compositions largely combine music and words. She has used religious texts in her work, notably an eight-minute piece for a large ensemble called “Guard My Tongue,” which adapts the last prayer said thrice daily at the conclusion of the Amidah. 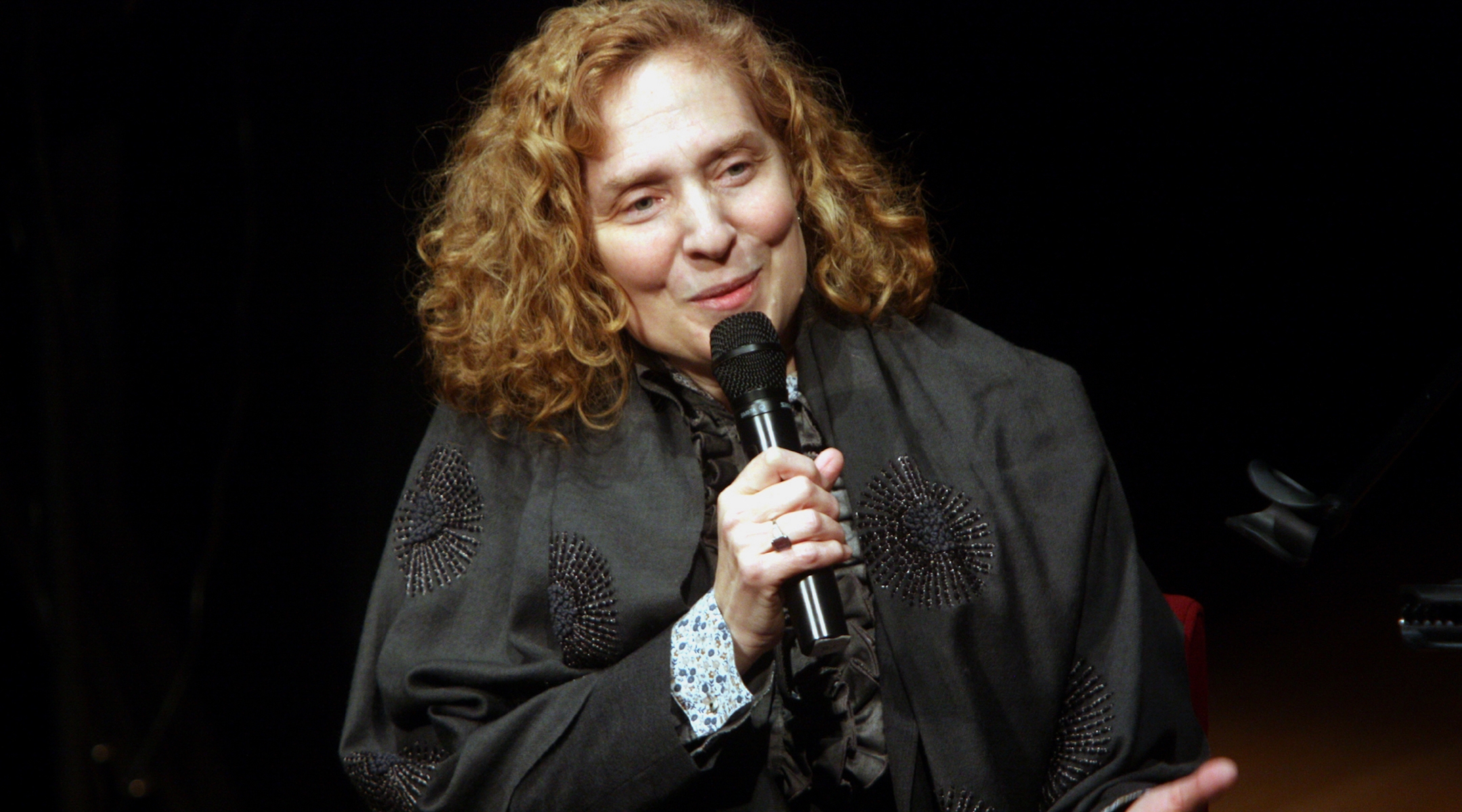 The composer Julia Wolfe, shown in 2011, dedicates her new work “Fire in My Mouth” to “women who rose up to demand a more human existence.” (Hiroyuki Ito/Getty Images)

“Fire in My Mouth” pays homage to the victims using text drawn from oral histories, contemporary accounts and the protests that followed. Factory sounds can be heard. A snippet from a speech by Schneiderman condemns the public for ignoring the working conditions of the day.

“I would be a traitor to those poor burned bodies if I were to speak of good fellowship,” the speech says. “I have tried you good people of the public, and I have found you wanting.”

Wolfe read more than 20 books as part of her research about the fire and “women in the workplace at that time. So it requires time and energy to read and then write the text to music.”

Still, preparing the text first has an upside, as it provides a road map for the tone of the music — for example, where mournful and joyful sounds should be placed.

“The text is sort of a gift,” Wolfe explains, “because it builds the logic of the piece for you.”

On stage are 36 members of The Crossing, a Philadelphia choir — “You know why I used 36,” she says, referring to the life-affirming qualities that Jewish tradition assigns to the number 18 and its multiples.  The chorus is split in two, one half singing “my arrangement of a Yiddish song and the other half a southern Italian folk song.” They are joined later by 110 members of the Young People’s Chorus of New York City for a total of 146 singers — one for each victim.

“I follow the story of these women who rose up to demand a more human existence,” Wolfe writes in the program notes. “This piece is dedicated to their memory.”