Julian Edelman shaves beard during taping of ‘The Ellen Show’ 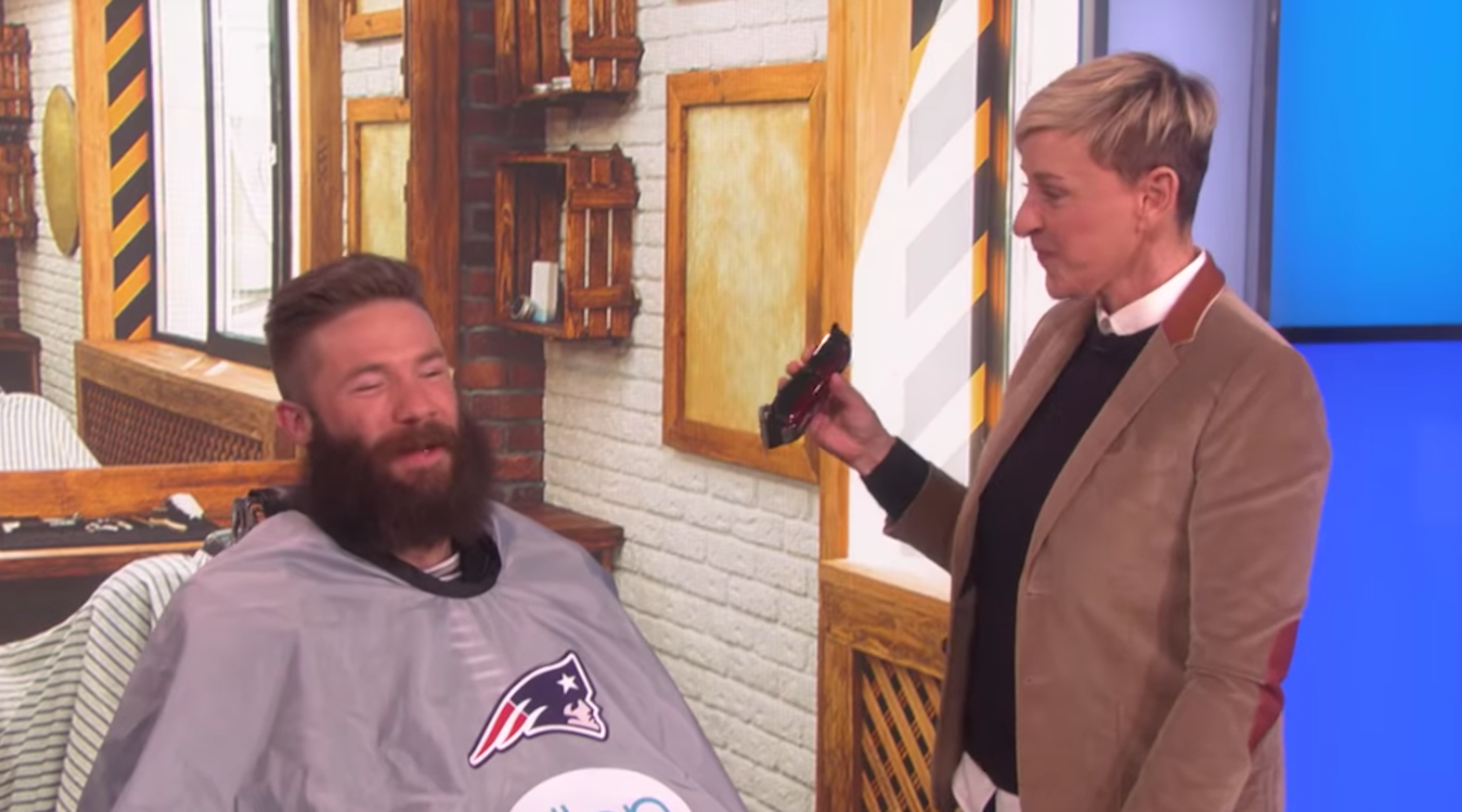 Julian Edelman getting his beard shaved by Ellen DeGeneres. (Screenshot from YouTube)
Advertisement

Ellen DeGeneres, you see, made him an offer he could not refuse.

She said she would donate $10,000 to the Boys & Girls Clubs of Boston, a pet Edelman project, if he would let her shave off the beard there. After the briefest of hesitations, because after all “It’s kind of grown on me,” Edelman agreed to the deal and threw in his own $10,000 donation.

Ellen led the Super Bowl MVP to a barber’s chair that miraculously rolled on to the set and snapped on a smock bearing the logos of both “The Ellen Show” and the Patriots. Before going to work, she asked Edelman if he had any last words for his beard.

He did: “I love you beard, it’s been a hell of a year.” After shaving off both Edelman’s beard and mustache, Ellen quipped that she would auction off the hair ball for more donation money.

In an interview before the shave, Edelman said that winning the Super Bowl was the most important part of the night, but “Getting the MVP is kind of a win for me and my other team, and that’s my family.

“My father was a tough, hard-nosed guy and pushed me to limits I never thought I could get to. And my mother, being the loving little lady that she is, I was never late to a practice, she was always there. … I mean, I had a bag lunch until junior college. She took care of me for a long time. So this is like a full-family kind of win.”

Edelman told Ellen he let his beard grow because he was following literally the instruction of his head coach, Bill Belichick, who told his players at the start of the season to “put everything in the drawer” and worry about it when the season is over.

“Eating is a nightmare,” Edelman told Ellen of his unruly beard. “I have to shower after I eat.”

Edelman also arrived carrying the Vince Lombardi Trophy, but left with the silver football engraved with his name that is given to the Super Bowl MVP. Ellen said it was delivered to the show to give to him.

Hopefully someone touched up the shave Ellen gave him before he left the studio.