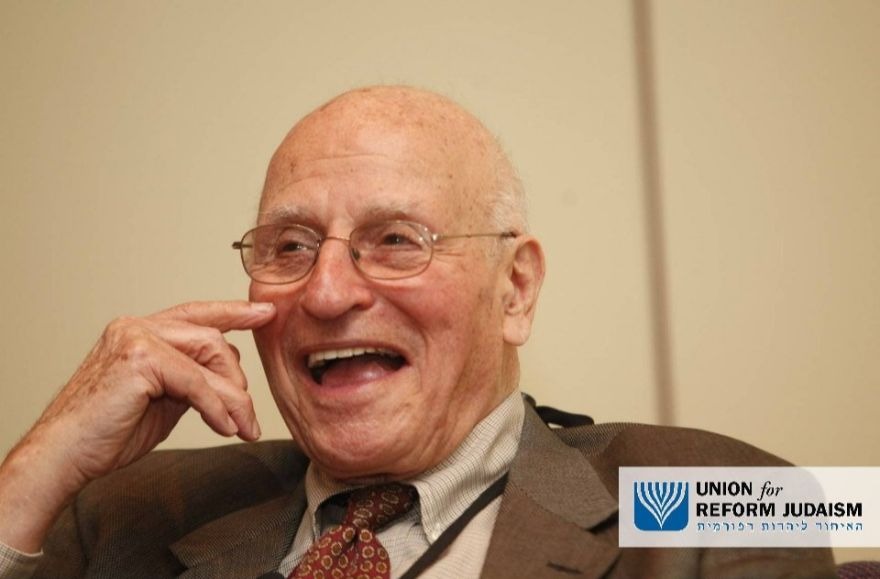 (JTA) — Al Vorspan, who helped organize the Religious Action Center of Reform Judaism and served as the longtime director of its Commission on Social Action, has died.

Rabbi David Saperstein, RAC’s director emeritus, in a statement issued after Vorspan’s death, called him “one of the g’dolei hador, or ‘great ones’ of Jewish social justice work.”

“A true icon, Vorspan shaped much of social justice work of the Reform Jewish Movement, ensuring it lives at the very heart of Reform Judaism,” said Saperstein, who is currently a senior adviser to the Union for Reform Judaism. “Beginning in 1953, he helped inspire the creation of congregational social action committees across North America, encouraging Reform Jewish synagogues to partner with their local communities in pursuit of tikkun olam, ‘repairing the world.'”

“A mentor, friend, and inspiration to all who knew him, Al Vorspan was, to many, the personification of Reform Judaism’s social justice efforts,” said Saperstein.

“Al blazed a trail of courage and conscience that so many of us have walked,” Jacobs said in a tweet. “Not since the biblical prophets Amos, Hosea, and Micah walked the earth have we been led by such an inspiring justice leader. Our Reform Movement and our world are bereft, for he cannot be replaced.”

In 1964, Vorspan was jailed with a group of Reform rabbis who at the request of the Rev. Martin Luther King, Jr. joined in the civil rights protests in St. Augustine, Florida. “We came as Jews who remember the millions of faceless people who stood quietly, watching the smoke rise from Hitler’s crematoria. We came because we know that, second only to silence, the greatest danger to man is loss of faith in man’s capacity to act,” he later wrote about his reason for joining the protests.

Vorspan, who had fought in the U.S. Navy during World War II, was an early and vociferous opponent of the Vietnam War, which led Sen. Thomas J. Dodd, a member of the Senate Subcommittee on Internal Security, to call him “a vociferous minority” at odds with mainstream Jewish opinion.

He also criticized Israel’s treatment of the Palestinians, writing in a piece in the New York Times magazine in 1988 at the beginning of the first Palestinian Intifada that “Israelis now seem the oppressors, Palestinians the victims.”

In 1953, Vorspan convinced Rabbi Maurice Eisendrath, who was then president of the Union of American Hebrew Congregations — the precursor to today’s URJ — to create the Commission on Social Action. It worked with the Union and the Central Conference of American Rabbis to guide and shape social action in Reform communities and in Washington, D.C., according to the Religious Action Center’s website.

He then pressed the Union to create the Religious Action Center in order to make the voice of the Reform movement heard in the halls of Congress. The RAC was voted into existence at the 1961 UAHC Biennial in Washington, D.C.

He authored several books, which today are standards in Jewish religious education, including “Justice and Judaism, Searching the Prophets for Values”; “Tough Choices: Jewish Perspectives on Social Justice”; and “Jewish Dimensions of Social Justice: Tough Moral Choices for our Times.” The last two provide Jewish perspectives and moral policy analysis on issues ranging from abortion to capital punishment and from the Mideast peace process to religious freedom in Israel and the United States.

In 2016, after the election of Donald Trump as president, Vorspan wrote a tribute in verse to the late poet and children’s book author Shel Silverstein, in which he fought against his own disillusionment and “rage”:

So, my friends, forget our perfect offerings
Our kids — and theirs — will make us sing
And even the sick, old, and broken will know
That America is already great — and still can grow
It doesn’t take a goniff — it’s the people who will grant it
America will be renewed, and in the process, save the planet.