Israel’s far-right Otzma party is dangerous. I know because I banned its leader from the United States. 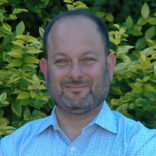 (JTA) — The next Israeli government may include terrorists that are barred from entering the United States.

Prime Minister Benjamin Netanyahu crossed every moral line for political gain in Israeli politics last week when he brokered a merger of the religious nationalist Jewish Home party with Otzma Yehudit, the racist successor to the Kach and Kahane Chai parties, who advocated for the “transfer” of Arabs from Israel and the occupied territories. This completes the near total rehabilitation of Kahanists into mainstream Israeli politics, despite the fact that Otzma’s leader, Michael Ben Ari, has been banned from entering the United States for nearly a decade because of his links to terrorism.

I know this because I made the case for his ban.

In 2009, I was a U.S. Foreign Service officer in Tel Aviv fulfilling a tour in consular services. One of my duties was serving on the “Visas Viper” committee, an interagency working group at the embassy that evaluated individual cases in the country for potential threats to U.S. citizens. The committee consisted of field officers from the major intelligence agencies, including the State and Defense departments, CIA and FBI. With a majority of agency field officers in support at post, the committee generated requests to State Department headquarters. In concert with the other major agencies, Washington would respond with a security advisory opinion — a sort of no-fly list for visas.

As the representative of the consular section, it was my role to draw up the lists and supporting evidence for each case. The Viper committee would then discuss and adjudicate a ban based on the evidence provided. It was incumbent on the committee to make a strong case, as approval from D.C. was not automatic.

Our meetings focused largely on lists of Palestinians affiliated with Hamas or Islamic Jihad drawn either from the public record or documentation provided by our Israeli counterparts. The resulting bans often were well justified — but in some cases we had our doubts. On one occasion, we were unable to honor a scholarship to a student in Gaza because of his loose affiliation with a Hamas youth group.

In the 2009 Israeli elections, Ben Ari was seated as a member of Knesset on the Jewish Union list, despite his well-established connections to the late Rabbi Meir Kahane and his Kach party, which was banned in Israel for its racist anti-Arab agenda.

It was important to me that if the Viper committee was able to judge the minor indiscretions of a Palestinian teenager, we could certainly consider the case of a prominent Jewish public figure who was publicly advocating racist Kahanist policies.

The case was pretty straightforward and supported by everyone on the committee, which I would generally describe as strongly pro-Israel. Ben Ari joined the Kach movement in 1979. Kach and Kahane Chai were both designated as terrorist organizations by the U.S. government in 1997, the same year as Hamas and Hezbollah. Ben Ari has never disavowed Kach and openly considers himself a disciple and devotee of Kahane.

Based on this evidence alone, the embassy’s request for a visa ban was granted. We also explored a separate request for Baruch Marzel, another Kach enthusiast running in the election, but a ban was not possible because he was born an American citizen.

Ben Ari himself may be known for his bookish demeanor, but his fellow travelers in the Jewish underground planned a series of assassinations against Palestinian mayors and a school in eastern Jerusalem. They were behind an attempt to blow up the Al-Aqsa mosque in the Old City. Most notoriously, in 1994, Kach enthusiast Baruch Goldstein killed 29 worshippers at the Tomb of the Patriarchs in Hebron. The entire movement was outlawed in Israel after it expressed support for the terrorist attack.

During his time in the Knesset, Ben Ari was detained by police for defending radical settlers; he incited race riots against African immigrants in South Tel Aviv; and he called for massacres of Palestinians during Israeli military operations in Gaza.

I took a small measure of personal satisfaction when Ben Ari was banned entry to the United States in 2012. At the time, Ben Ari marveled that Iran’s president, Mahmoud Ahmadinejad, was granted entry (for the United Nations) while he was not. Israeli President Reuven Rivlin protested on his behalf, writing in a formal letter to the U.S. ambassador: “As a public official in Israel, a close ally of the U.S., he cannot be recognized as a member of a terror group or be prohibited from visiting the U.S.”

By Rivlin’s logic, Ben Ari is no longer a terrorist simply by virtue of being elected to the Knesset. With Netanyahu’s assistance, he may now go one step further by becoming part of the ruling coalition. Sadly, this says more about the radical right-wing transformation of Israel’s government than it does about Ben Ari. He has been nothing if not consistent.

It is disheartening that as Netanyahu embraces the likes of Viktor Orban of Hungary and Rodrigo Duterte of the Phillipines, Israeli leaders increasingly adopt their authoritarian and ethno-nationalist approaches. Ben Ari is right when he says that he does not need to represent Kahane in the Knesset anymore; his anti-Arab views now have many followers in mainstream political parties.

In recent days, leading Israeli politicians and generals, led by Benny Gantz and Yair Lapid, have come together to form the Blue and White party with the intention of defeating Netanyahu’s far-right coalition. Netanyahu has characterized this effort as “a new left-wing government, weak, led by Lapid and Gantz, with a blocking majority of Arab parties.”

With their hawkish credentials under attack, mainstream political leaders have again avoided direct repudiation of Ben Ari and other Kahanists. American institutions, including AIPAC and the American Jewish Commitee, have spoken out against Otzma Yehudit, but have said nothing of Netanyahu’s courtship of their support. In a close vote Rivlin, who defended Ben Ari against my visa ban, will be in a position to decide which party is allowed to form a government and whether that coalition will include Jewish terrorists.

The United States has abandoned many of its own norms and legal precedents in recent years, and it is unlikely that this administration would admonish our ally for inviting extreme racists into their government. Nevertheless, the Kahane movement remains a terrorist organization under both Israeli and American law and should be treated as such. No one affiliated with Kahane belongs in the Knesset or on American soil.

Noah Siegel
was a Foreign Service Officer from 2003-2009. He is currently the Deputy Director of Transportation in Portland, Oregon.
The views and opinions expressed in this article are those of the author and do not necessarily reflect the views of JTA or its parent company, 70 Faces Media.