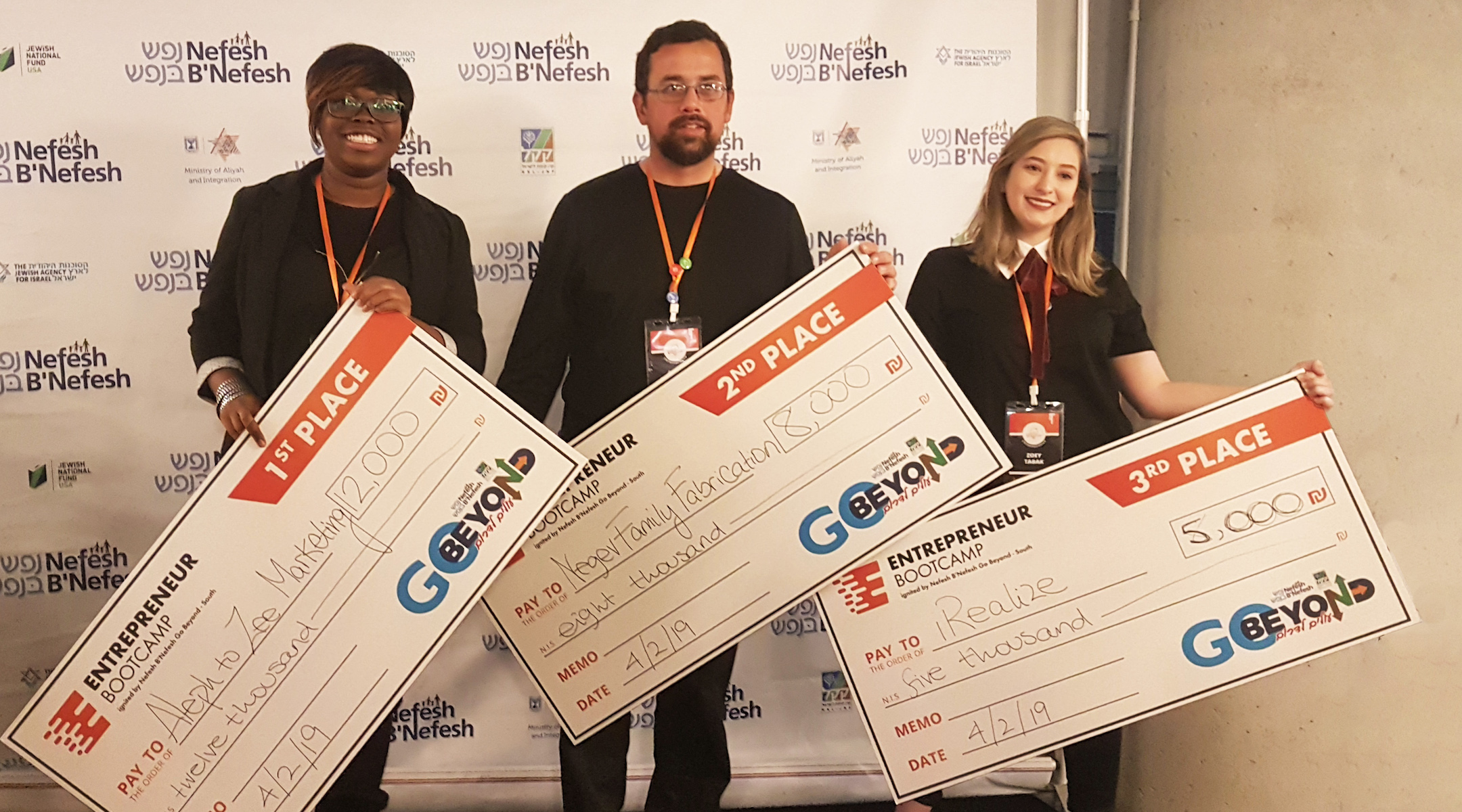 Akiva Hollinger discovered he had a problem when he moved his family into their new house in the southern Israeli town of Ofakim after immigrating to Israel from Allentown, Pennsylvania.

There were nine children and not enough room in the new house for everybody’s beds. The Hollingers considered bunk beds, but the products they found in local furniture stores were expensive and poorly made.

So Hollinger began making his own steel-and-wood bunk beds — and in the process formed his own company, Negev Family Fabrication.

“I designed a bunk bed for small apartments, predominantly for haredi Orthodox communities — high-density areas where space is an issue,” said Hollinger, 37. “Ours is a bunk bed that’s built to last, versus your traditional Ikea bed that lasts only half as long. It maximizes all the corner spaces, so each child has a full-length bed.”

Compared to $400 bunk beds at Ikea, Hollinger says his come already half-assembled and cost only $300.

“If you have nine kids, costs are important,” he said.

For his creativity and business acumen, Hollinger won a $2,200 cash prize for coming in second place at a recent entrepreneurs’ night event in Beersheva for recent immigrants.

The Entrepreneur Boot Camp Pitch Night is a project of Nefesh B’Nefesh, an organization that assists North Americans and British Jews with immigration to Israel and absorption. The evening in February was the culmination of a six-week training course aimed at providing support to recent immigrants in southern Israel who are trying to succeed in business. The participants took weekly three-hour classes focused on accounting, legal issues, online marketing and financing.

On Pitch Night, the 15 contestants each had 90 seconds to present their ideas before a panel of five judges — a “kinder, gentler” version of ABC’s popular “Shark Tank” reality show, according to one of the judges, Times of Israel Jewish world editor Amanda Borschel-Dan.

The entrepreneurs’ program was part of a broader effort to bring immigrants to southern Israel, which accounts for 66 percent of Israel’s land mass but only 8 percent of its people. Nefesh B’Nefesh and Keren Kayemeth LeIsrael’s joint Go Beyond-South initiative, now five years running, seeks to sell this part of the country as a less expensive, more relaxed alternative to its crowded, expensive center, including Tel Aviv and Jerusalem.

“At one time, the South was connected with this ideal of pioneering and trailblazing, but you don’t have to be a pioneer to live there anymore,” said Donna Horwitz, director of the Nefesh B’Nefesh Go Beyond Southern Region.

More than 2,000 new immigrants have settled in the area since 2013, according to Horwitz. 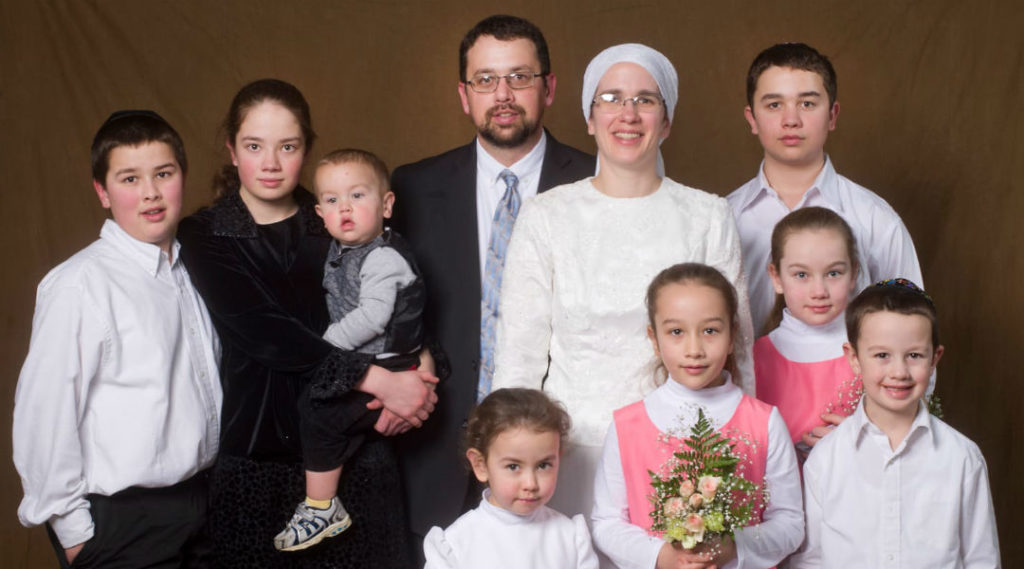 When the Hollinger family immigrated to Israel from Pennsylvania, they found that their new home didn’t have enough room for beds for all nine children. (Courtesy Hollinger family)

The Pitch Night event took place in a WeWork office at Beersheva’s Advanced Technologies Park, which is home to 90 multinational companies, including PayPal, IBM, Dell and Royal Bank of Canada. During a visit there in late January, Prime Minister Benjamin Netanyahu proclaimed Beersheva the “cyber capital of Israel.”

The first-place winners on Pitch Night were Zehava Arky and Bruria Efune, who took home $3,300 in prize money for Aleph to Zee, a startup that provides English-language content and boutique digital marketing services for small Israeli companies and nonprofits whose websites are in Hebrew.

The startup relies on haredi Orthodox workers, whom it trains in website analytics, to do the digital marketing.

“We figured this would be a good way to integrate the haredi workforce with something they feel comfortable doing,” said Arky, 33, who made aliyah — immigrated to Israel — in 2013 from Morristown, New Jersey. “They can work for three hours a day and make pretty good money just being an expert in Google ads.

“In the end, we want to build a training course where people can get real-life experience working with our clients. It doesn’t really matter if they stay with us or take their skills elsewhere.”

The third-place winner, Zoey Tabak, took home a $1,400 prize for iRealize, an initiative that helps clients visualize their ideas using 3-D printing technology. For example, if someone has a household item like a blender or washing machine with a broken part, Tabak will measure it, build an alternative and print it using a 3-D printer.

“It doesn’t have to be a part that already exists,” she said. “We can create new ones, from jewelry tree hangers to Braille labels for ovens.”

Originally from Highland Park, New Jersey, Tabak, 21, moved to Israel as a child. She discovered she had a knack for engineering while taking a two-year technical course before joining the army. She now lives in Meitar, a planned community of single-family homes north of Beersheva.

“Normal people who don’t have a technical background often have ideas for gizmos and gadgets, but it never goes anywhere because it’s scary and intimidating and they don’t know where to start,” Tabak said.

“Small businesses are driving Israel’s economy, so we believe that in order to grow the South, we need to promote small business,” she said. “And who better to do that than olim who come here with their dreams?”