Purim is the queerist holiday. Why haven’t we internalized its lessons? 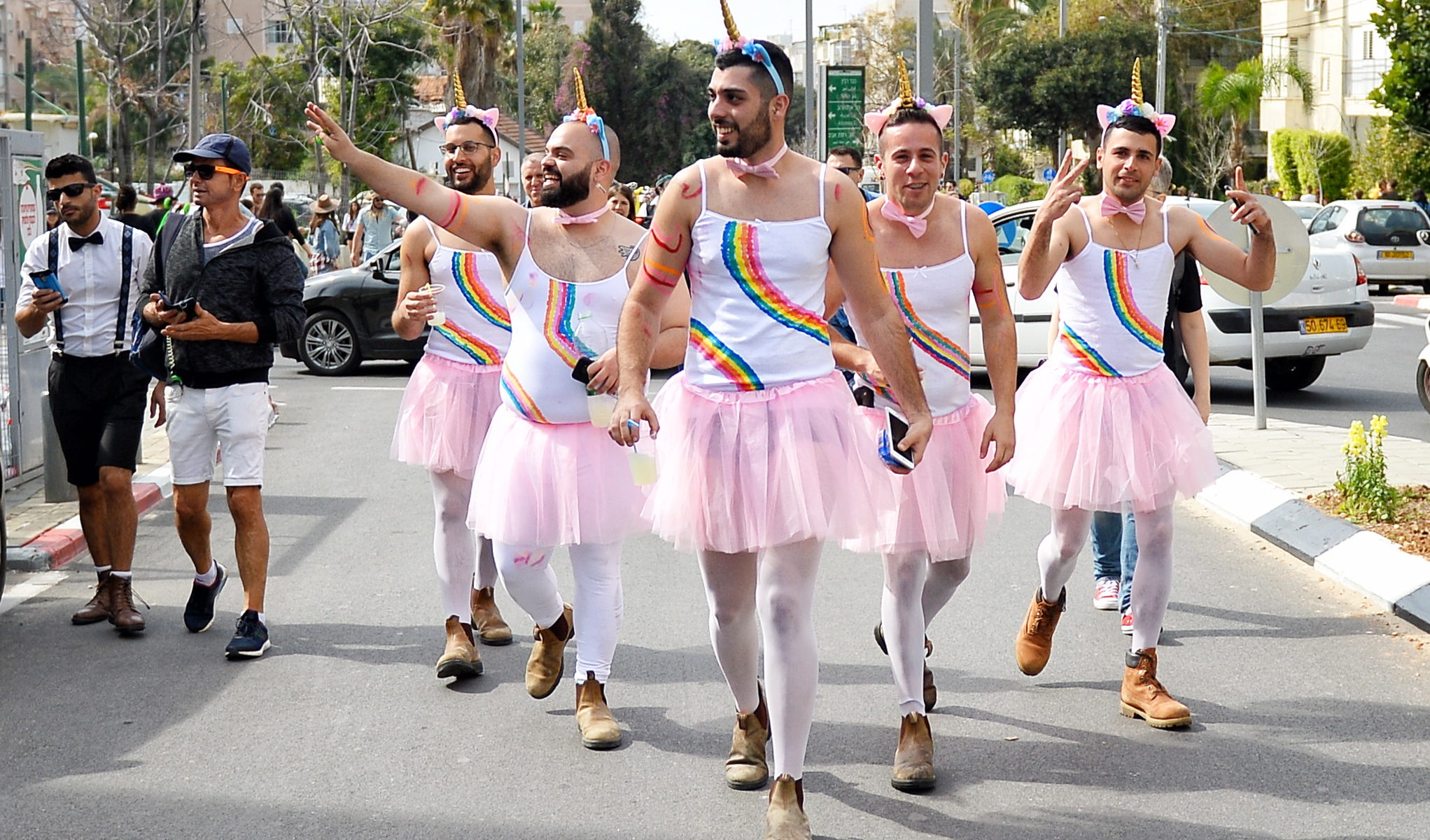 A celebration of the Jewish holiday of Purim in Tel Aviv. (Sergey OrlovTASS via Getty Images)
Advertisement

LOS ANGELES (JTA) – Queen Esther had a secret – a violent, consuming reality pulsing through her veins that kept her up at night. It made every room feel like solitary confinement. If it were exposed, it could end her job, her marriage and even her life.

But slipping into silence was not an option. So after years of torment, Esther went public as a Jew.

When Esther decided to come out to her husband, King Ahasuerus, she wasn’t doing it just for herself. The king’s adviser Haman was planning a genocide of all the Jews in Persia. Haman, while leading their government, had falsely maligned Jews, weaponizing their differences to paint them as immoral.

Esther decided eventually that if the king truly loved her, he would love her as a Jew. And if he loved her as a Jew, he might develop a love for all Jews, or least enough mercy to prevent their slaughter. It was a high-stakes gamble indeed.

I remember making a similar one when I came out to my mother.

Though my mom wasn’t in charge of an empire, she’s definitely the empress of my family. I wagered that when she told me she loved me, she loved all of me, even the parts she couldn’t see. Until she saw my ability to love women, I was never going to fully love myself. So, like Esther, I unzipped my skin and revealed that I was born into a second community that is always under siege.

At its core, the story of Purim is a coming-out story. It’s time we embrace that and use Esther’s tradition of owning who you are to adapt Purim into an LGBTQ-inclusive holiday.

Just like staying in the closet wasn’t an option to Esther, it wasn’t for me if I wanted to be authentically myself, and it isn’t an option for any LGBTQ person, regardless of how traditional their community is.

Not only are LGBTQ people slaughtered across the globe by bigots like Haman, but they are murdered by a system that indoctrinates them into self-hate. We don’t obey the laws of gender, whether by rebelling against the sex we were assigned at birth or the heterosexuality so many impose on us, which many wrongly see as a threat to the social order. Like the Jews of Esther’s age, we are scattered and untolerated, a global community isolated within each of our perspective communities and countries. In eight of those nations, being gay is punishable by death.

In America, you don’t need an army to kill a queer person. When we come out, we are often not embraced like Esther was: We are berated, betrayed and beaten.

In 1998, Matthew Shepard was beaten, tortured and left for dead in Wyoming for being gay. According to the Anti-Violence Project, 52 Americans were murdered in 2017 for being queer. That’s more deaths than any year since we lost Matthew, whose assailant argued in court that by flirting with him in a bar, Matthew triggered him into a state of temporary madness that drove him to murder. Now, 20 years later, in 47 states, “gay panic” defenses are still allowed to justify violent crimes against LGBTQ individuals. In 75 countries, same-sex marriage remains outlawed.

Lesbian, gay and bisexual youth are five times more likely to have attempted suicide than our straight peers. More than half of transgender teenage boys, over 40 percent of nonbinary youth and nearly a third of transgender teenage girls have attempted to end their lives. This a direct result of our government’s never-ending blitzkrieg on queer people. When a memo from the Trump administration that sought to define transgender people out of existence and strip them of rights was leaked, calls to a transgender suicide hotline quadrupled.

Even Jewish communities, who know better than anyone the horror of stripping someone of their identity, have engaged in barbaric practices such as conversion therapy.

We in the LGBTQ community do not just leave the closet to live a full life. Coming out actually is a communal sacrifice, an act through which we risk our own safety to build empathy for other queer people.

Jewish gay rights icon Harvey Milk understood this. He urged his peers to leave the closet to encourage their circles to vote against LGBTQ discrimination laws.

“I would like to see every gay doctor come out, every gay lawyer, every gay architect come out, stand up and let that world know. That would do more to end prejudice overnight than anybody would imagine. I urge them to do that, urge them to come out. Only that way will we start to achieve our rights,” Milk said on the tape he recorded to be played in the event of his assassination. “If a bullet should enter my brain, let that bullet destroy every closet door in the country.”

Just as learning about Esther’s Jewish identity transformed Ahasuerus into an ally for Jewish people, parents who once were proponents of LGBTQ discrimination often become activists fighting for the humanity of all queer children, not just their own.

Today, my mother takes the attacks on LGBTQ people like me personally.

While many Jewish people have faced a moment when they were afraid to expose their heritage and face discrimination, all LGBTQ people have. Each LGBTQ person who has come out of the closet has had to be Esther, forced to announce ourselves to unwelcome crowds, saying who we are while facing the fear of rejection and persecution.

While wearing a gender-bending costume on Purim can and should be an outlet for defying the restrictive heteronormative tradition that plagues Jewish spaces, accepting LGBTQ persons one day a year is not enough. The lessons of the festival reflect the sacrifices queer people make for LGBTQ liberation every day, and it is those lessons we must take with us 365 days a year.