4 lessons from the Egyptian-Israeli peace treaty at 40 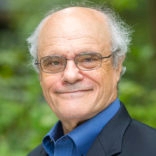 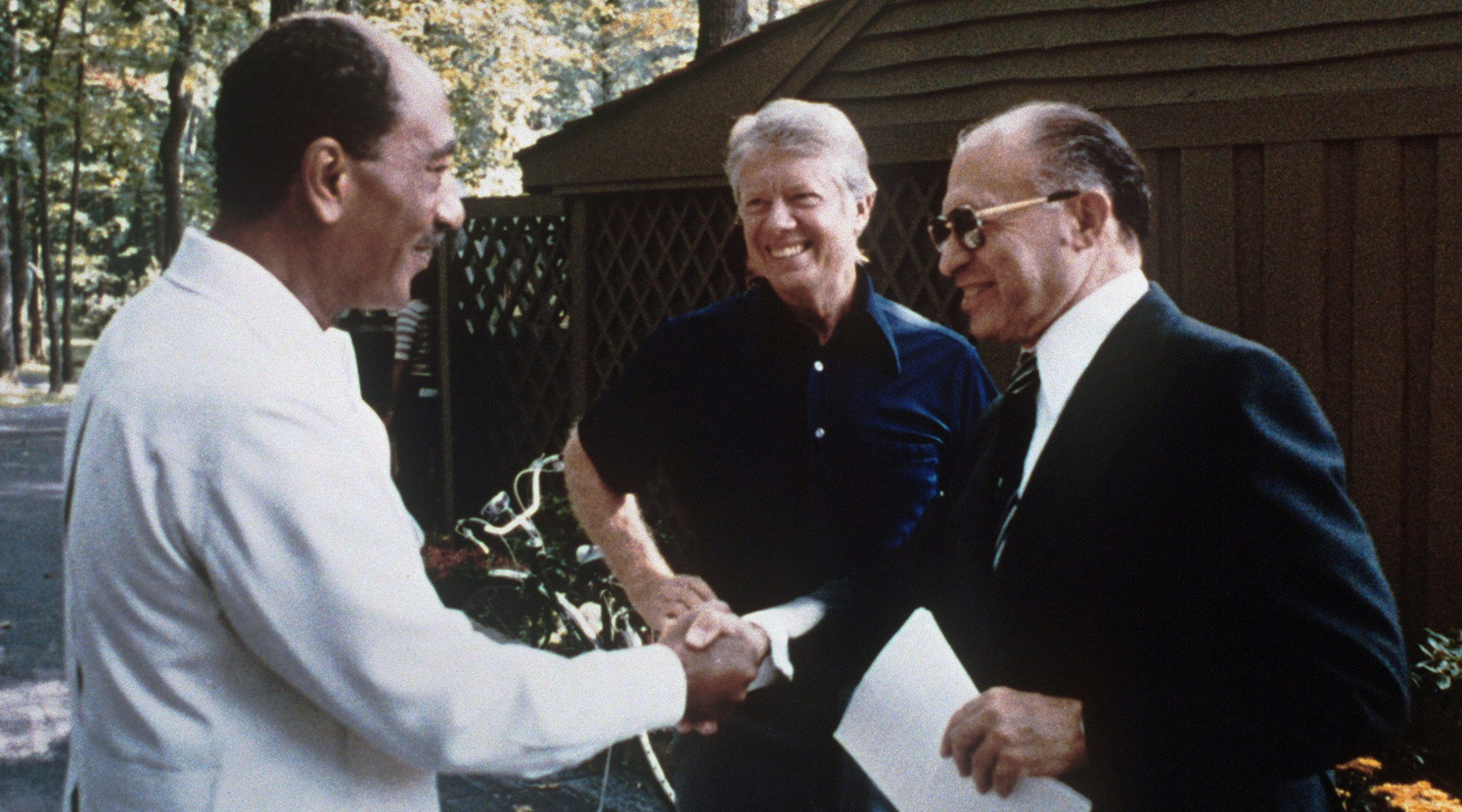 (JTA) — On the stormy evening of Sept. 17, 1978, with President Jimmy Carter as their witness, Egyptian President Anwar Sadat and Israeli Prime Minister Menachem Begin stepped to a table at the White House and signed the Camp David Accords.

It consisted of two framework agreements: an outline for the Egyptian-Israeli peace treaty, and a scaffold for planning self-rule for the Palestinians living in the West Bank and Gaza Strip, which were held by Israel since the June 1967 Six-Day War.

Six months later, on March 26, 1979, the three men gathered again at the White House to sign the peace treaty. But their path to the ceremony 40 years ago was hardly smooth.

Once the Camp David talks ended, the details of the Egyptian-Israeli framework were torturously negotiated in Washington at the so-called Blair House talks. The issues were formidable: Would the United States pay to build airfields in Israel after the withdrawal from air bases in Sinai? Would Egypt’s agreement with Israel take precedence over all the diplomatic commitments Cairo had with Arab states? Would the pace of Israeli withdrawal from Sinai match Egypt’s provision of diplomatic recognition? Would Egypt provide Israel with oil, a need made imperative by the return of the Egyptian oil fields in Sinai and the sudden loss of supply resulting from the overthrow of the shah in Iran?

The buttoning-up of the Egyptian-Israeli treaty eclipsed Palestinian autonomy talks. But when the two-week Camp David talks began in September 1978, Sadat and Carter wanted much more than an Egyptian-Israeli treaty. They strongly preferred an irreversible process that would lead in the West Bank to Palestinian self-determination, a Palestinian state, an end to Israeli settlement activity, early participation of the Jordanians in negotiations and perhaps the inclusion of other Arab states in a comprehensive peace. Sadat and Carter wanted Israel to delay claiming sovereignty over the West Bank and Gaza Strip for at least five years.

As soon as he became president, Carter relentlessly sought a comprehensive Middle East peace – no more small agreements as Richard Nixon, Gerald Ford and Henry Kissinger had achieved. Carter was in a hurry to recruit all Arab leaders to a conference and solve all outstanding issues. Carter and his national security adviser, Zbigniew Brzezinski, failed to realize that neither Syria nor the PLO was ready to accept Israel as a reality.

For their part, Israeli leaders on the left and right were wary of Carter. His 1976 run for the presidency revealed a less-than-warm embrace for Israel. As president, he was the first White House occupant to speak openly of securing a Palestinian homeland, the first to repeatedly criticize Israeli policies in public, the first to tell the Israelis that they might have to negotiate with the PLO and the first to limit the influence of the Israeli lobby in Washington.

Carter’s good fortune was that he had Begin and Sadat as negotiating counterparts. They were determined political leaders who possessed strong wills, stamina, courage and vision.

Carter constantly heaped praise on Sadat as a “brother” who “would never let him down.” Sadat saw Carter as representing Egyptian and Arab interests to Israel. Brzezinski said, “Sadat played Carter like a violin.”

By contrast, Carter found Begin to be “difficult, pedantic and a very tough negotiator.”

With their personal dynamics and objective goals so far apart, why did Sadat and Begin ultimately sign a treaty? What lessons can be learned from the experience of the 1970s?

First, as fierce nationalists, Begin and Sadat zealously defended their prerogatives not to have any other entity or state dictate the content or pace of political negotiations and national security requirements. Both listened carefully to U.S. mediators, but self-determination was their prerogative alone. Both represented mature states, not dysfunctional ones, and each accepted the sovereign legitimacy of the other.

Second, reaching agreements enhanced their respective national interests. Israel could not reject a once-in-a-generation opportunity to secure diplomatic recognition through a peace treaty with the most populous and powerful Arab state. At the end of the day, Sadat could not allow his path-breaking November 1977 visit to Jerusalem to go unrewarded and to give up on the return of Israeli-held Sinai, the removal of Israel’s Sinai settlements and a deepened relationship with the United States.

Third, Egyptian and Israeli leaders made core political trade-offs. Egypt “violated” a 1967 Arab commitment to “no peace, no negotiation and no recognition of Israel.” Begin uprooted settlements despite enormous domestic criticism.

Fourth, since 1979, dozens of plans, mediators, countries and institutions have tried and failed to move Arab-Israeli talks forward beyond the Egyptian-Israeli treaty. They all failed to reach treaty-signing status except the 1994 Jordan-Israel treaty. Samuel Lewis, the U.S. ambassador to Israel from 1977 to 1985, wisely noted in looking back at Egyptian-Israeli negotiations, “The mediator cannot want an agreement more than the respective sides themselves.”

With these precedents as lessons learned and the context of today’s speculation about another presidential effort to bring the sides together, success seems highly remote. Amid difficult regional conditions and complex issues separating Israel and her neighbors, leaders’ capacity to make political trade-offs is simply nonexistent. Peace might not come in God’s lifetime either.

Ken Stein
is an Emory University professor of contemporary Middle Eastern history, political science and Israel studies, and the founder and president of the nonprofit Center for Israel Education.
The views and opinions expressed in this article are those of the author and do not necessarily reflect the views of JTA or its parent company, 70 Faces Media.