After allegations against Michael Steinhardt, beneficiaries are not eager to talk 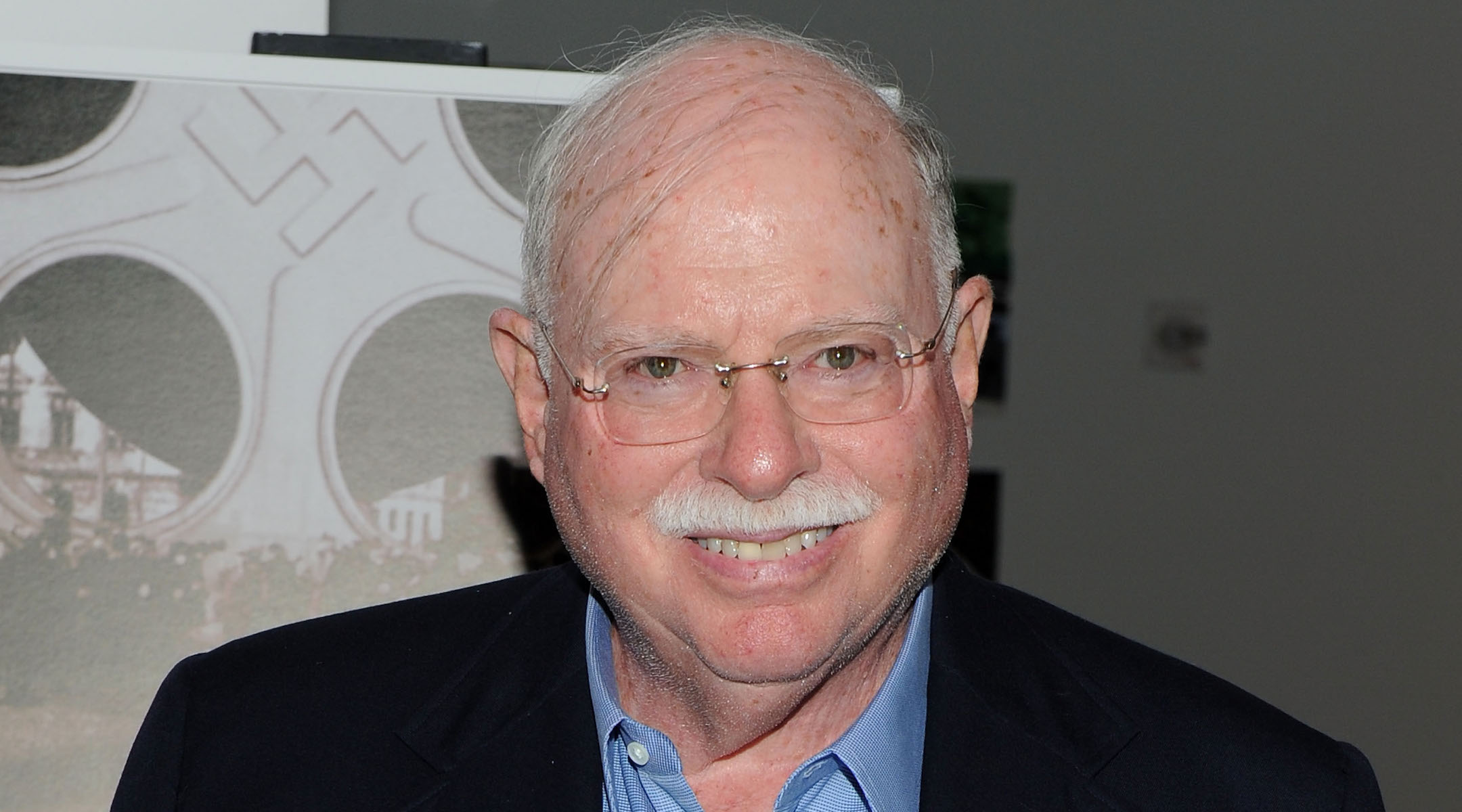 Michael Steinhardt shown in 2010 attending the premiere of a film about the Warsaw Ghetto. (Jason Kempin/Getty Images)
Advertisement

WASHINGTON (JTA) — Michael Steinhardt has loomed large for a generation as one of the most important givers to Jewish causes. A number of them bear his name.

And this week, The New York Times and ProPublica, the journalism nonprofit, interviewed seven women who said that “Steinhardt asked them to have sex with him, or made sexual requests of them, while they were relying on or seeking his support.”

No one on the two lists of 11 extant beneficiaries on the website of The Steinhardt Foundation for Jewish Life had much to tell the Jewish Telegraphic Agency, from projects as niche as the Hebrew language instruction course at the famed Middlebury College in Vermont (“I cannot speak to that, I’m sorry,” said the unidentified woman who answered) to the far-reaching, like Birthright Israel, the program that sends young Jewish adults on free educational tours of the country.

Some replies trickled in late in the day. The Foundation for Jewish Camp said it did not anticipate funding for this year. “As far as I can see, FJC received funding of approximately $90k in 2018 from the Areivim Philanthropic Group — a consortium of philanthropists which includes the Steinhardt Foundation — for branding and marketing support of Kayitz Kef, Hebrew immersion in day camps, completing their three-year funding commitment for this program,” a spokeswoman, Aimee Lerner, said in an email. “We do not have any funding committed for 2019 from the Areivim Philanthropic Group nor The Steinhardt Foundation directly.”

The Steinhardt Social Research Institute at Brandeis University did not say whether it would seek funds from Steinhardt, or whether it was reconsidering its name. “The Institute was founded in 2005 with a set of gifts that formed an endowment,” Leonard Saxe, its director, said in an email. “The endowment provided by the Steinhardts and their foundation has allowed us to conduct cutting-edge quantitative research on Jewish life in America. No funding has been received in the last year from the Steinhardt Foundation for Jewish Life.”

“At this time our organizational focus is on covering this important story and the issues that it raises, including claims of sexual harassment and the treatment of professional staff at Jewish organizations,” said Ami Eden, 70 Faces’ CEO and executive editor.

As for other groups, messages went unanswered; at least one person hung up abruptly upon hearing what the call was about.

The seven women interviewed by The Times shared allegations going back to the 1990s in which they said Steinhardt propositioned them or said sexually charged things while they engaged in their roles in Jewish institutions or the arts.

In his response, Steinhardt acknowledged a pattern of comments made in “jest” while denying the specific allegations made in the story. The comments, he said, “were boorish, disrespectful, and just plain dumb. They were part of my shtick since before I had a penny to my name.”

His family and foundations, too, spoke about his “well-known sense of humor,” saying in a statement it “can be insensitive, and he has apologized for the unintended bad feelings his remarks have caused.” The statement also said The Times story left “the false impression that Michael propositioned a handful of women.”

Lila Corwin Berman, a professor of history and director of the Feinstein Center for American Jewish History at Temple University, wrote Friday in The Washington Post that the tolerance for a leader’s “boorish, disrespectful” behavior may be the consequence of a trend that gave megadonors like Steinhardt, who launched his foundations in the 1980s, inordinate power.

“A clear line connects Steinhardt’s philanthropic power and a long-standing pattern of tolerance by the Jewish community of his alleged conduct toward women and their bodies,” Berman wrote. “The power he wields, and the belief among many Jewish organizations and their leaders that he was too powerful to rebuke, is the result of a historical shift that has seen many Jewish communal structures becoming beholden to megadonors.”

The notion that Steinhardt’s behavior was forgiven in service of the greater good was reinforced by some of the comments made by Jewish leaders in The Times article. Abraham Foxman, the former national director of the Anti-Defamation League, suggested that Steinhardt’s sexually charged language was of a piece with his commitment to programs, like Birthright Israel, that encouraged young Jews to marry and have children.

“Michael is very passionate, and he is passionate in everything,” Foxman is quoted as saying. “Call it a passion, call it an obsession, call it a perversion. Some may. I don’t — I understand it. It’s just the way it comes out, which may disturb people.”

A couple of beneficiaries have issued statements, although none of the Jewish groups issued statements like the one by the NYU Steinhardt School of Culture, Education, and Human Development, saying it is going to review his interactions with students and staff.

Birthright Israel said, “To the best of our knowledge, we do not have any record of a complaint made by the former employee noted against Michael Steinhardt.” One of Steinhardt’s accusers is Deborah Mohile Goldberg, for nine years Birthright’s director of communications.

“Birthright Israel’s policies, in compliance with law and industry best practices, support a workplace free from harassment by any individual who employees engage with, together with an established protocol for reporting any such experiences and a mechanism for investigating allegations. Any employee who ever experiences harassment of any sort should report it immediately in accordance with our policies,” the organization said.

Earlier this year, Hillel International issued the results of an investigation into sexual harassment allegations made by staff. Without naming Steinhardt, it found that the complaints about a donor’s behavior “were justified,” and apologized to the complainants for not responding in a timely manner. The Times reported that Hillel did not “pursue” a $50,000 donation pledged by Steinhardt and removed his name from its international board of governors.

There were expressions of Jewish outrage, of course, albeit from groups that were not recipients of Steinhardt’s largess. They included the Wexner Foundation, Lippman Kanfer Foundation for Living Torah, the Union for Reform Judaism, the Reform movement’s NFTY Jewish youth group, American Jewish World Service and Keshet, a Jewish LGBTQ group.

“Those who brush off his words as jokes, or excuse his words as a reflection of his zeal for Jewish continuity, is to demean the personal and professional value of all women working in the Jewish community,” Lori Weinstein, the group’s CEO, said in a statement. “To give excuse to an older generation is to ignore that young men are watching and learning.”