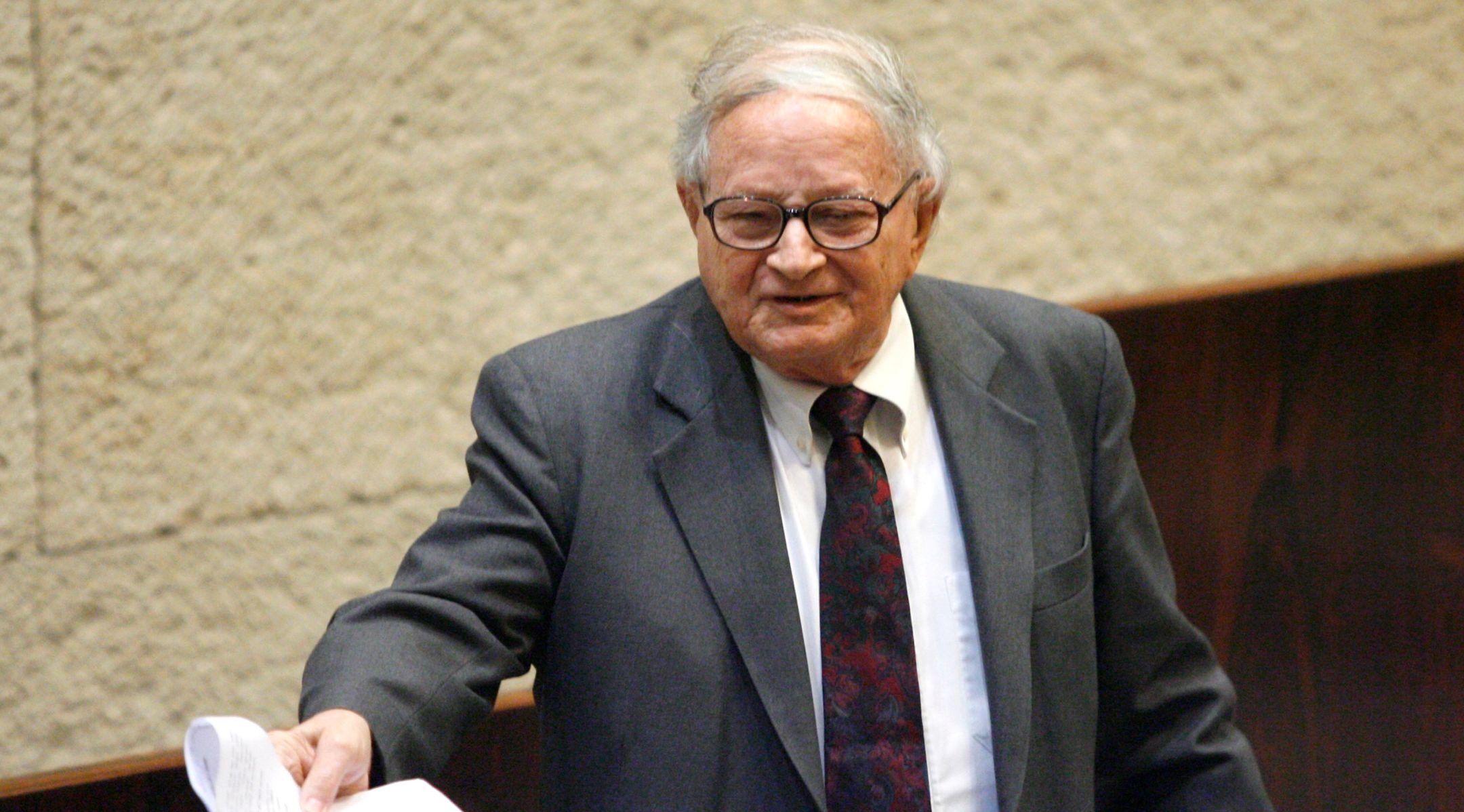 JERUSALEM (JTA) — Rafi Eitan, the Israeli spy who led the team that captured Nazi leader Adolf Eichmann in Argentina and later was the handler of American spy for Israel Jonathan Pollard, has died.

Eitan, who also served in Knesset for three years until 2009 as pensioner affairs minister, died at a hospital in Tel Aviv on Saturday at the age of 92.

Eitan and his team of agents from the Mossad intelligence agency in 1960 kept Eichmann under surveillance at his home in a suburb of Buenos Aires where he lived under a pseudonym, snatching him when he got off a city bus and keeping him for a week in a safe house before spiriting him out of the country disguised as a sick El Al steward. Eitan later attended the trial of Eichmann, the architect of the program of extermination of the Jews of Europe.

In 2014, Eitan admitted on Israeli television to being the handler of Pollard, the civilian intelligence analyst for the U.S. Navy, who passed classified material to Israel in 1984 and 1985. Eitan is also the Israeli official who gave the order that prevented Pollard from entering the Israeli Embassy in Washington DC to request asylum after he was discovered.

Following the Pollard chapter, Eitan lost his job in Israeli intelligence and became head of Israel Chemicals. He retired from the state-owned company in 1993 at the age of 67.

He was elected to the Knesset as head of the Gil pensioner’s party in 2006, and lost his seat in the 2009 elections when the party failed to cross the electoral threshold.

He was born in pre-state Palestine in Kibbutz Ein Harod to Russian immigrant parents who came to Palestine in 1923. He was twice wounded during the war for independence and moved from serving in combat to serving in intelligence.

He enjoyed sculpting and created over 100 pieces during his lifetime.

“We have lost a brave fighter whose contribution to Israel’s security will be taught for generations to come. Rafi was a born fighter who stuck to his mission and to what he knew to be right. Our heads are bowed today in his memory, and we part from him in sorrow and thanks, and with deep appreciation for his contribution to the people and the country,” President Reuven Rivlin said in a statement.

Mossad Director Yossi Cohen said of Eitan: “Rafi was a first class fighter and commander; he was original and courageous and led countless daring and complex Mossad missions and actions including the capture of Nazi criminal Adolf Eichmann. The great majority of his operations cannot be publicized but they contributed greatly to the security of the State of Israel.”

“The foundations that Rafi laid in the first years of the state are a significant layer in the activities of the Mossad even today. The people of Israel owe him much.”

He is survived by his wife, three children and grandchildren.