5 other times when ‘Mein Kampf’ was heard in Congress 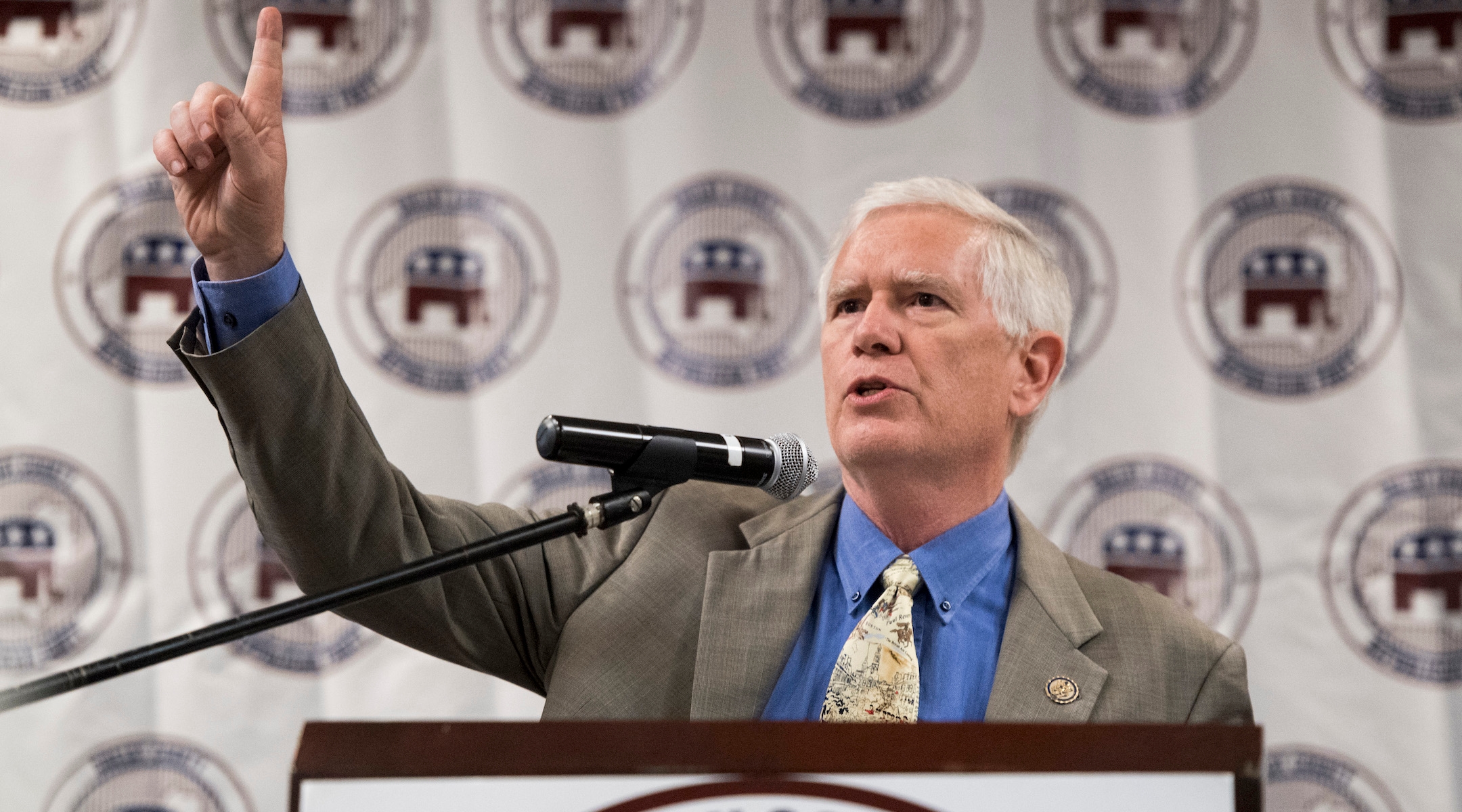 (JTA) — An Alabama Republican congressman kicked up a political dust storm Monday when he quoted from Hitler’s 1925 book “Mein Kampf” on the House floor. Critics hated the way Mo Brooks emphatically compared present-day Democrats with members of the Nazi Party; said he seemed to misunderstand the very Hitler passage he was quoting; and that by even speaking the Nazi leader’s words in the hallowed halls of Congress he had somehow given them legitimacy.

Brooks, whose point was that Democrats had spread the “big lie” of White House collusion, read the piece as if Hitler was endorsing the concept. If you read the original, you see Hitler is accusing his Jewish enemies of spreading the “big lie” of German culpability in World War I.

But was Brooks’ decision to quote from one of the 20th century’s most controversial and hateful political tracts unprecedented? Not really. The book has been invoked in Congress at least three dozen times, usually as a warning about the insidious appeal of fascism and a warning to those who would ignore its purveyors.

On May 8, 1995, Sen. Dianne Feinstein, D-Calif., in remarks commemorating the anniversary of the end of World War II in Europe, quoted the very same passage as Brooks.

“In ‘Mein Kampf,’ Hitler described what history has shown to be correct,” said Feinstein, who is Jewish. She quoted the sentence describing how the “masses” fall victim to the big lie because, as Hitler wrote, “they would not believe that others have the impudence to distort the truth so infamously.”

“Millions, indeed, did fall victim to the big lie,” Feinstein explained. “Fanatical in his quest for personal power, Hitler withdrew Germany from the League of Nations. … In fact, the West’s hesitance in the face of this evil has sullied the word ‘appeasement’ for all time.”

The senator who published ‘Mein Kampf’

On Jan. 22, 2001, another California Democrat, Sen. Barbara Boxer, recalled an anecdote from the life of the late Sen. Alan Cranston of California, who had died the month before at age 86.

Boxer described Cranston’s experience as a foreign correspondent in the 1930s, when he witnessed the Nazis’ rise to to power. Cranston later realized that English translations of Hitler’s book had been “sanitized to hide the truth from Americans,” Boxer recalled.

“He published his own version highlighting the ‘worst of Hitler’ and was sued by Hitler’s publisher,” she said. “While he lost the suit, a half a million copies had already been distributed, helping to educate many about the true nature of Nazism and Hitler.”

Quoting “Mein Kampf” in the wake of the 9/11 attacks in 2001 was something of a trend for lawmakers.

“‘Mein Kampf’ was a statement of Hitler’s objectives, and if folks had just taken Hitler more seriously earlier, perhaps things would not  have reached the point, the destructive point, it reached because he clearly said what he wanted to do today and was going to do,” said Rep. Major Owens, D-N.Y., in a House speech on Dec. 12, 2001.

Owens was speaking in support of the No Child Left Behind Act, which scaled up the federal role in holding schools accountable for student outcomes.

“The world chose to watch when Hitler published his blueprint for genocide in ‘Mein Kampf,'” Pearce said. “The world also chose to watch as Hitler took power on Jan. 30, 1933, directing the boycott of Jewish businesses and opening the first concentration camp just six weeks later.”

A reference to “Mein Kampf” made it into the Congressional Record during an observance of Martin Luther King Jr.’s birthday on Jan. 16, 2007.

Rep. Dennis Kucinich, D-Ohio, read into the Record a speech that King had given on Christmas Day 1967.

“It’s one of the strangest things that all the great  military geniuses of the world have talked about peace,” King said in the speech. “The conquerors of old who came killing in pursuit of peace, Alexander, Julius Caesar, Charlemagne and Napoleon, were akin in seeking a peaceful world order. If you will read ‘Mein Kampf’ closely enough, you will discover that Hitler contended that everything he did in Germany was for peace.”

Brooks does appear to have been alone in using “Mein Kampf” to compare his colleagues across the aisle to Nazis. In that sense, he broke new ground.