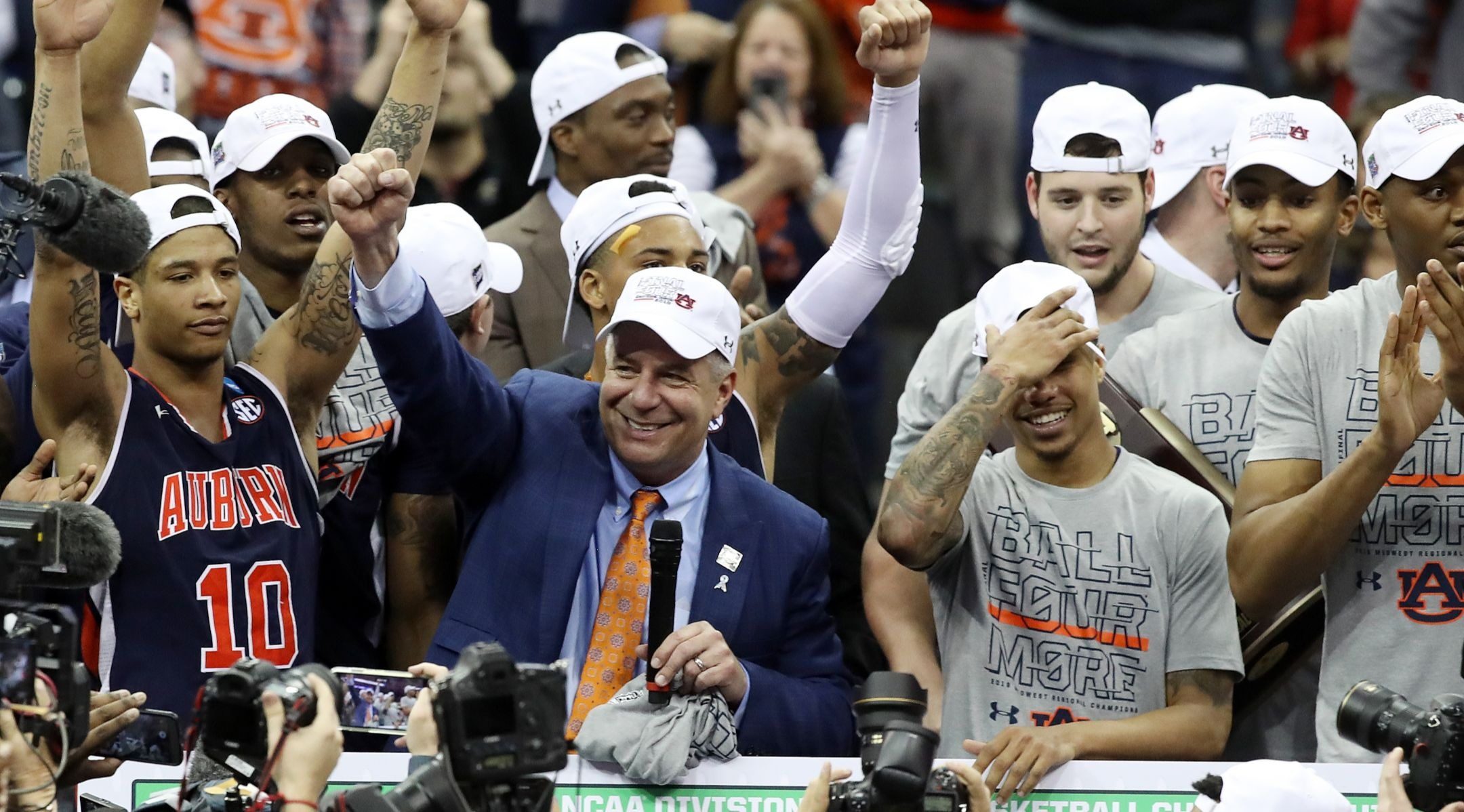 Bruce Pearl of the Auburn Tigers celebrates with his team after defeating the Kentucky Wildcats 77-71 in the 2019 NCAA tournament at the Sprint Center in Kansas City, Mo., March 31, 2019.(Christian Petersen/Getty Images)
Advertisement

(JTA) — Bruce Pearl has won plenty of accolades and championships in a basketball coaching career spanning nearly three decades, including guiding the U.S. men’s team to the 2009 Maccabiah Games title. Now, however, he’s on the precipice of college hoops nirvana.

On Sunday, Pearl’s Auburn University squad reached the Final Four with a 77-71 upset of Kentucky in overtime in the championship game of the Midwest Regional of the NCAA Men’s Basketball Tournament.

His Tigers will again be underdogs when they face the University of Virginia on Saturday in the semis in Minneapolis. Auburn was a fifth seed in the Midwest, while Virginia was the top seed in the South Regional.

Prior to beating second-seeded Kentucky in a thriller, Auburn had defeated top-seeded North Carolina and fourth-seeded Kansas along the way – the three winningest program in men’s college basketball history.

“It’s an honor to even be on the floor with those programs, and then when you play — your kids play hard and play unselfishly and play together, obviously they’re the Cinderellas of this tournament,” Pearl said. “And that’s what makes March so special, which team is it going to be?”

Pearl would become only the second Jewish coach to lead his team to an NCAA men’s basketball crown. Larry Brown led Kansas to the title in the 1988-89 season.

While Pearl, 59, has never reached the Final Four in Division I, the top level in college sports, he did win the Division II title in his first coaching stint, at the University of Southern Indiana. The Screaming Eagles took the crown in 1994-95, Pearl’s third season there, after being the runner-up the previous year.

And of course there was the Maccabiah title on a team that included his son, Steven.

“It’s coaching the U.S. team, representing the United States of America in an international competition and coaching the game of basketball, the game I love, and doing it in my Jewish homeland,” he said prior to leaving for Israel on his first trip there. “It doesn’t get any better than that.”

Against Kentucky, Auburn tied the score with 37 seconds left and outscored the Wildcats, 17-11, in overtime. The Tigers not only overcame the higher seeded club, but did so without one of their top players, forward Chuma Okeke, who injured his knee in the North Carolina victory and will be sidelined for the rest of the tournament.

Should Pearl’s club defeat Virginia, it will advance to meet the winner of the other Final Four matchup between Texas Tech, the West Regional champion as a No. 3 seed, and Michigan State, a second seed that upended top-seeded Duke to emerge from the East Region.

The national title game will be played on April 8. 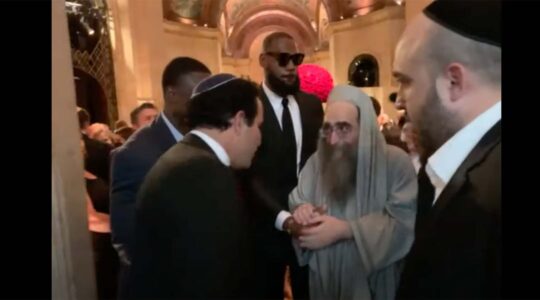