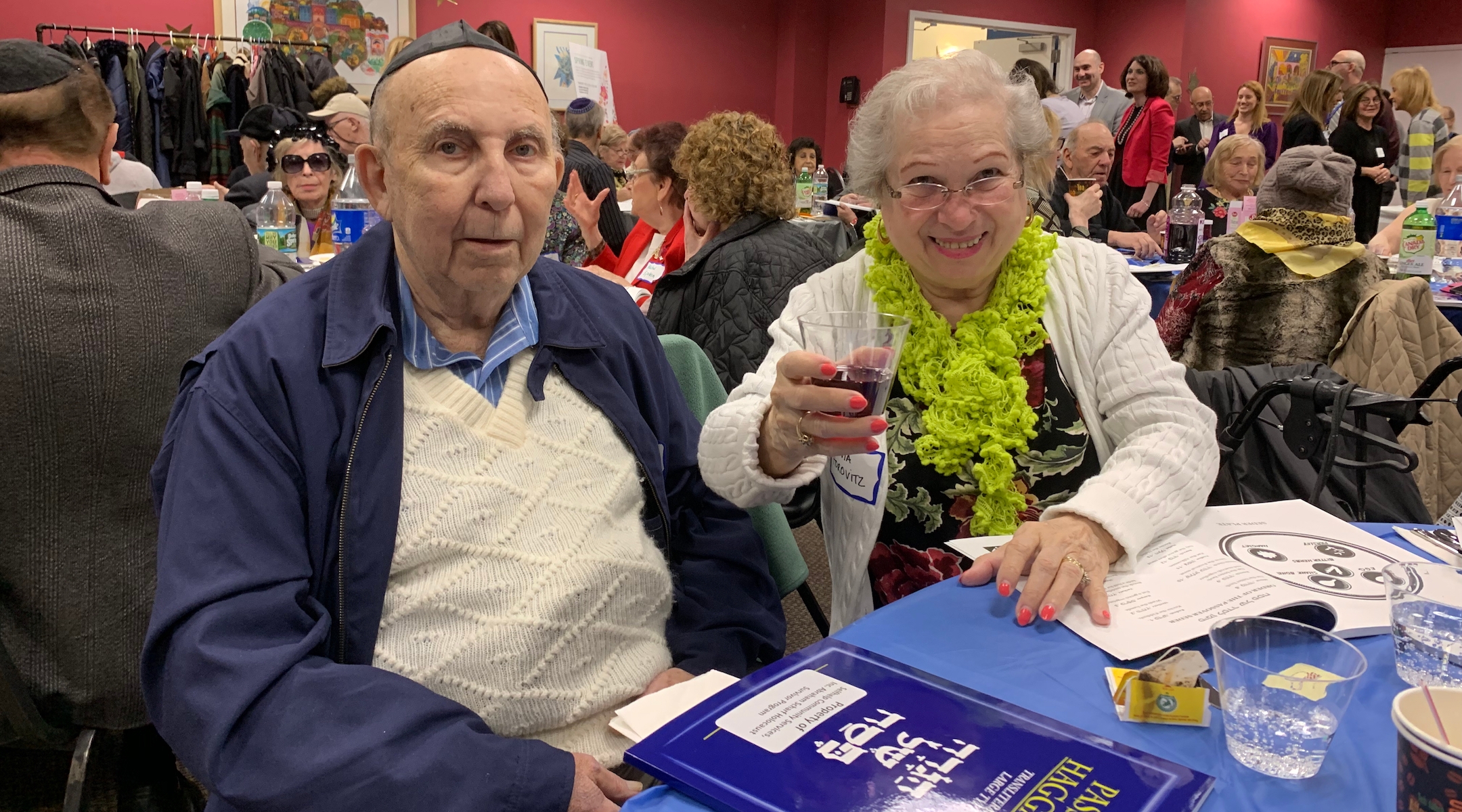 OCEANSIDE, N.Y. (JTA) — Nine years ago, Ellen Grossman wanted to do something special for her birthday.

“I said we’ve had enough parties and enough pocketbooks and enough jewelry — do something different,” the Great Neck resident recalled.

So she decided to organize a Passover seder for Holocaust survivors, many of whom who had no actual seder to go to during the holiday.

That was in 2011. When the first seder was a success, Grossman decided to keep going. 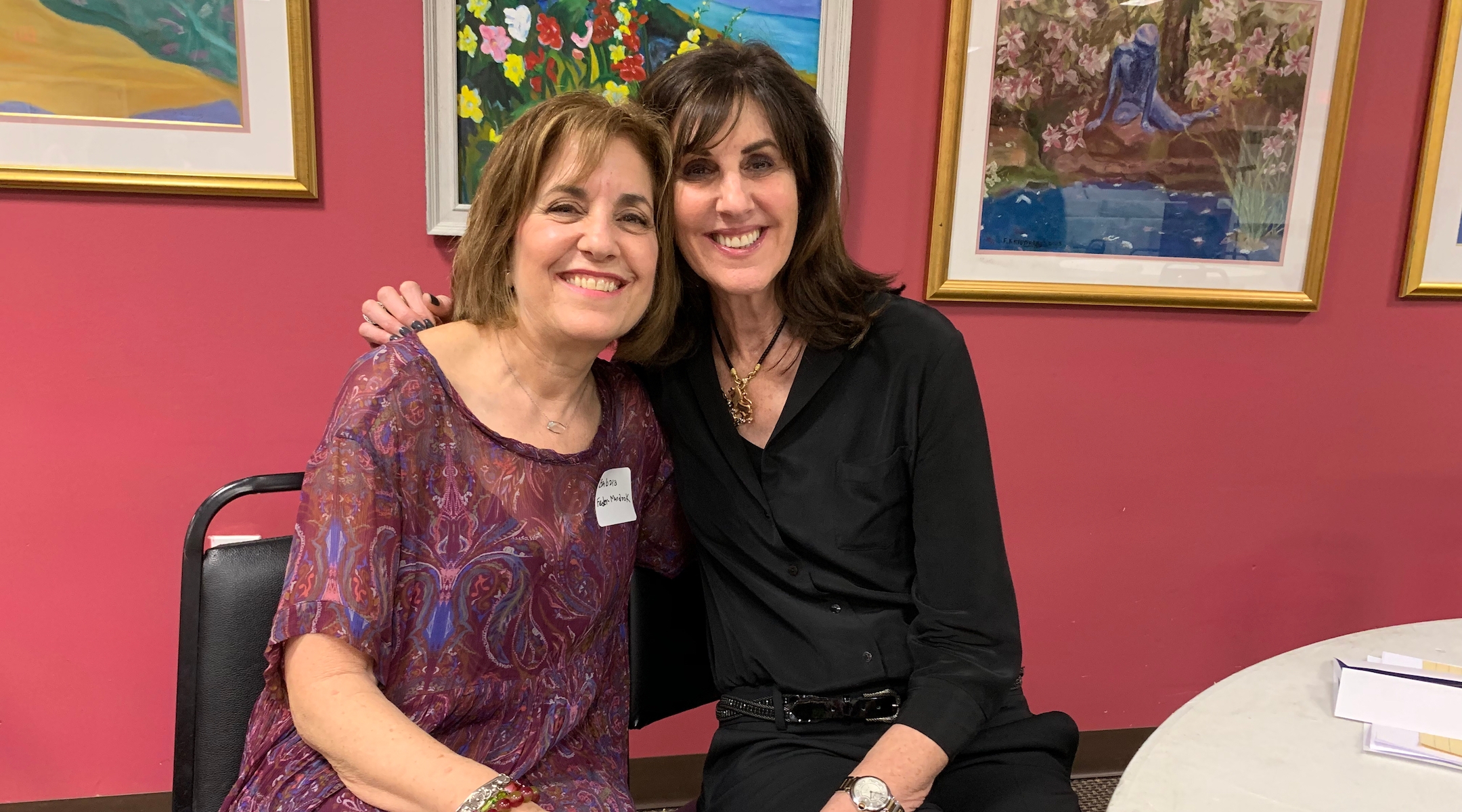 On Wednesday, some 85 guests — Holocaust survivors and their spouses or caretakers — came together for the ninth annual seder in a brightly lit hall at the Barry and Florence Friedberg Jewish Community Center in Oceanside, on New York’s Long Island.

Grossman organized the seder with the help of the UJA-Federation of New York. This year, she raised around $7,000 — more than enough to cover the cost of the event — and recruited some 30 friends to serve food and clean up. A local kosher café, Bagel Boss, catered the event and donated some of the food for the seder, which was held two weeks before the start of the Jewish holiday.

For many attendees, coming to the seder has become a tradition of its own.

“It’s been very exciting,” said Hedy Lebovitz, a Holocaust survivor from Poland, who now lives in Lawrence. “You get to see people that you really don’t see a whole year.” 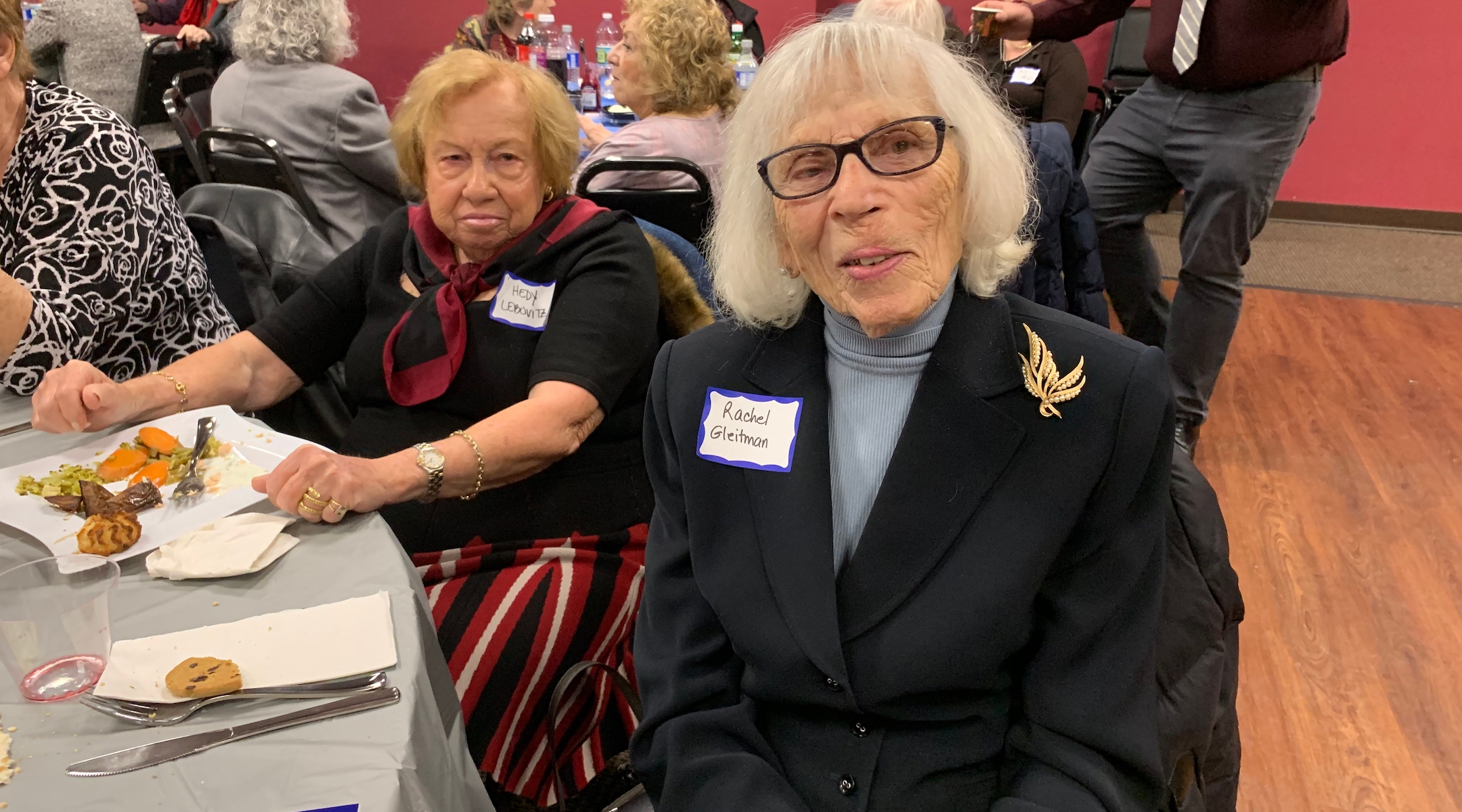 Hedy Lebovitz, left, pictured with Rachel Gleitman, has been going to the seder for around nine years. (Josefin Dolsten)

Cantor Ofer Barnoy, of Temple Beth Sholom in Roslyn, led an abbreviated seder as attendees munched on matzah, haroset, eggs and bitter herbs. The meal — salmon, roasted potatoes, broccoli, beans and carrots — was “very good,” said Lebovitz, 87, though she was careful to clarify that the food not her reason for coming.

“I’m coming to see other people,” she said. “To be together, to spend an afternoon with other survivors. That is what it’s all about.”

Tibor Horovitz, who happily sang along to many of the blessings and songs, said his favorite part of the event was “the tradition.” But there was one tradition the 86-year-old couldn’t get on board with: the lack of salt in the food.

“My husband is very particular with food,” his wife, Livia said, after Tibor complained several times about the meal’s lack of flavor.

Kvetching aside, the event resonated deeply with the couple.

“Twenty eight relatives of mine died in Auschwitz —my grandparents, my great grandmother, my aunt, my cousins,” Livia said. “So for me when I see all the people, it’s something special in my heart.”

Saul Itizovicz, who wouldn’t give his exact age but said he was “around 90,” found comfort in being surrounded by others.

“It’s really nice and a healthy one to be invited to a place where you can forget the loneliness in the home,” said Itizovicz, who came to the seder with his wife Malka.

For Sarah Knecht, 81, the seder provided a way to celebrate Passover without having to worry about time-consuming preparations.

“I’ve always celebrated it in my own way with my own family and now it’s getting a little bit harder to cook up these big meals. So I’m really grateful that we have a place to go where we can have a kosher seder,” said Knecht, who came with her husband Ted.

For other attendees, the seder provided a new cultural perspective. Sharon Williams, who works as a caretaker for Charlotte Schwimmer, has been attending the seder with her client for four years. Williams, who is Christian and originally from Jamaica, said that she has learned about the similarities between Judaism and Christianity. This year, she even sang along to some of the songs.

“It’s exciting,” she said.  “It’s interesting because you want to learn. You learn so many things and see that they are the same thing in your culture.” 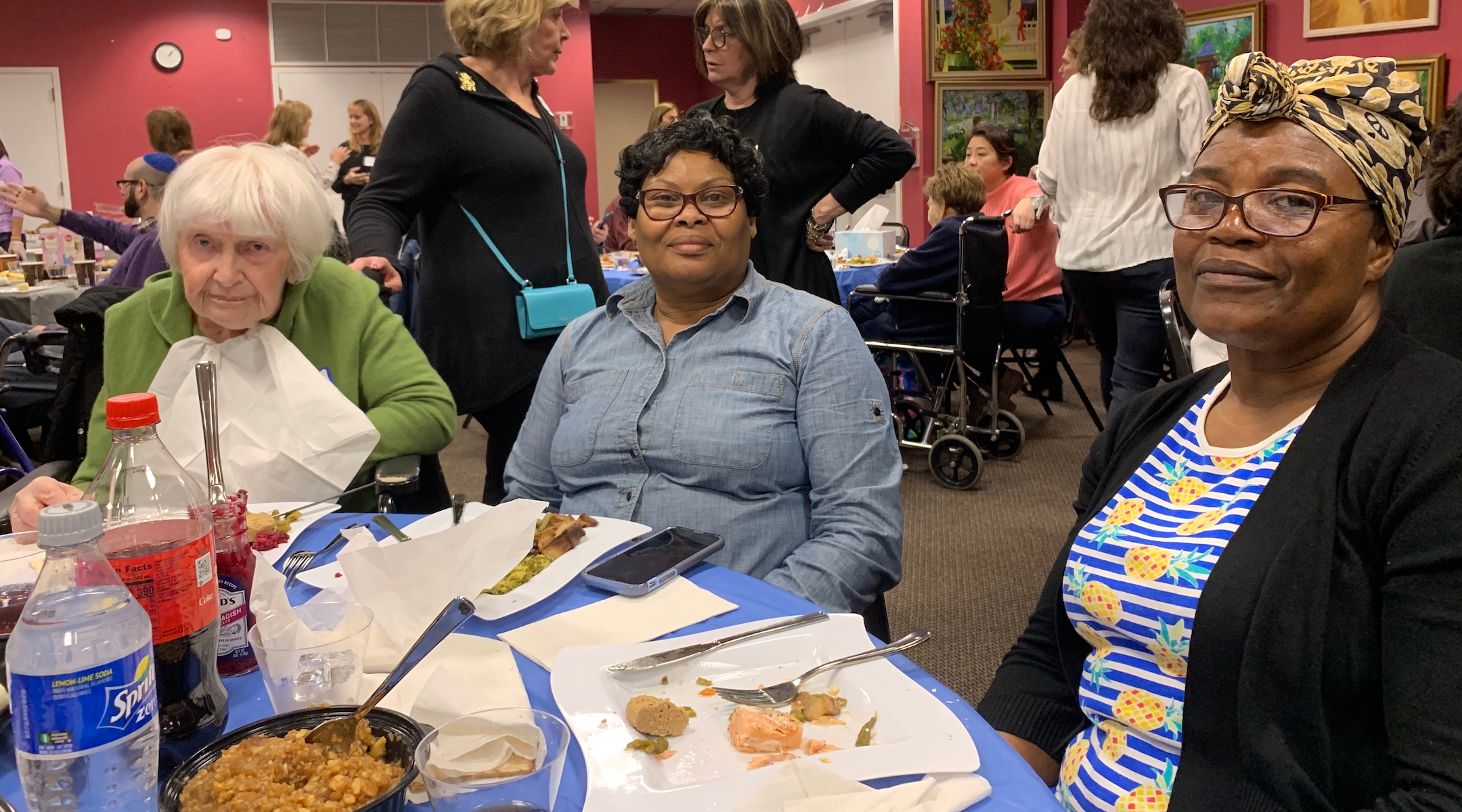 Meanwhile, Lebovitz, who used to go to the event with her late husband, loved seeing the joy on other attendees’ faces.

“Everybody is happy when they come,” she said. “They’re happy to see each other and all this atmosphere of being together, getting to see others.”