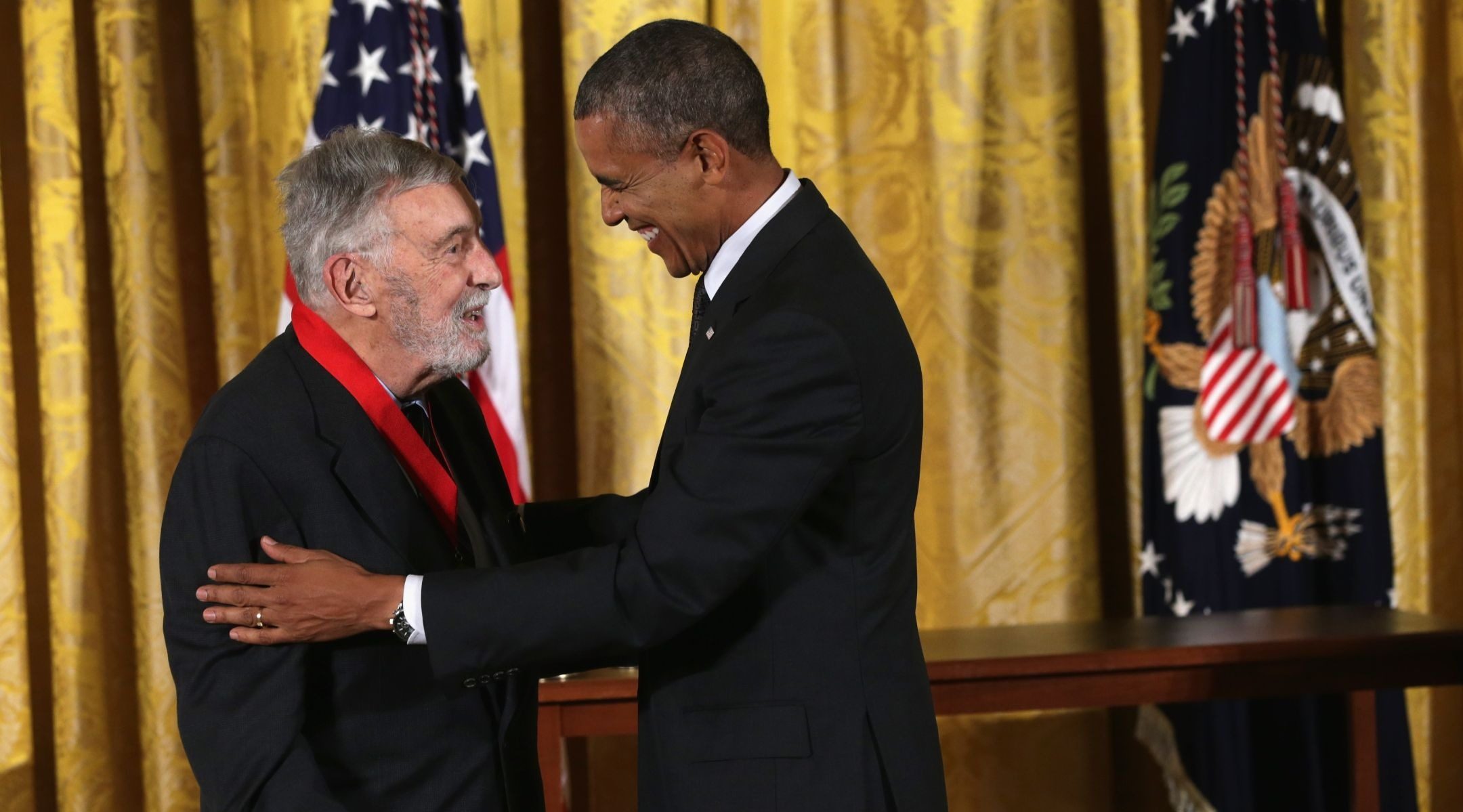 (JTA) — David Brion Davis, a Pulitzer Prize-winning historian who wrote a comprehensive trilogy of books on the problem of slavery in western culture, has died.

Davis, a professor emeritus of American history at Yale University where he taught for more than 30 years, died on Sunday in Guilford, Conn., at the age of 92.

Davis was the founding director of the Gilder Lehrman Center for the Study of Slavery, Resistance, and Abolition at Yale.

He wrote or edited 16 books, but is best known for his slavery trilogy.

The first, “The Problem of Slavery in Western Culture,” published in 1966, won a Pulitzer Prize and was a National Book Award finalist. The second, “The Problem of Slavery in the Age of Revolution, 1770-1823,” published in 1975, won the National Book Award as well as the Bancroft Prize, one of the most prestigious in the study of American history.

The last book, “The Problem of Slavery in the Age of Emancipation,” was published in 2014 and won the National Book Critics Circle Award.

He also wrote on how the role of Jews in the slave trade in the Americas was greatly exaggerated in deliberate efforts to encourage anti-Semitism.

The fundamental problem of slavery, Davis wrote in his first book, “lay not in its cruelty or exploitation, but in the underlying conception of man as a conveyable possession with no more autonomy of will and consciousness than a domestic animal.”

He received the National Humanities Medal from President Barack Obama in 2014.

Davis said in a 2014 interview that his parents had rebelled against their Christian upbringing and that he was raised with no religious heritage. He married a Jewish woman in 1971 and more than a decade later when he was in his 60s he began the process of conversion to Judaism. He had a bar mitzvah at the age of 80.]

“Judaism resonates with my Niebuhrian view of history and human nature. I also was deeply influenced by Rabbi Abraham Joshua Heschel. I believe in God and pray almost daily and could not be more grateful for my total acceptance as a Jew by many friends, including members of our bible-study weekly Shabbos group, who are mostly modern Orthodox,” he said of his religious journey.

A statement from Yale’s MacMillan Center, for international and area studies, said: “He was an intellectual in pursuit of truth and wisdom. In his presence one always learned something. He was a deeply spiritual man who saw the historian’s craft as a search for the minds and souls of people in the past.  He devoted his life and career to understanding the place of the inhumane but profoundly important and persistent practices of slavery and racism in the world.  He was a philosopher at heart, a lyrical writer, and defined why we do history. We stand on his shoulders.”