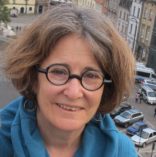 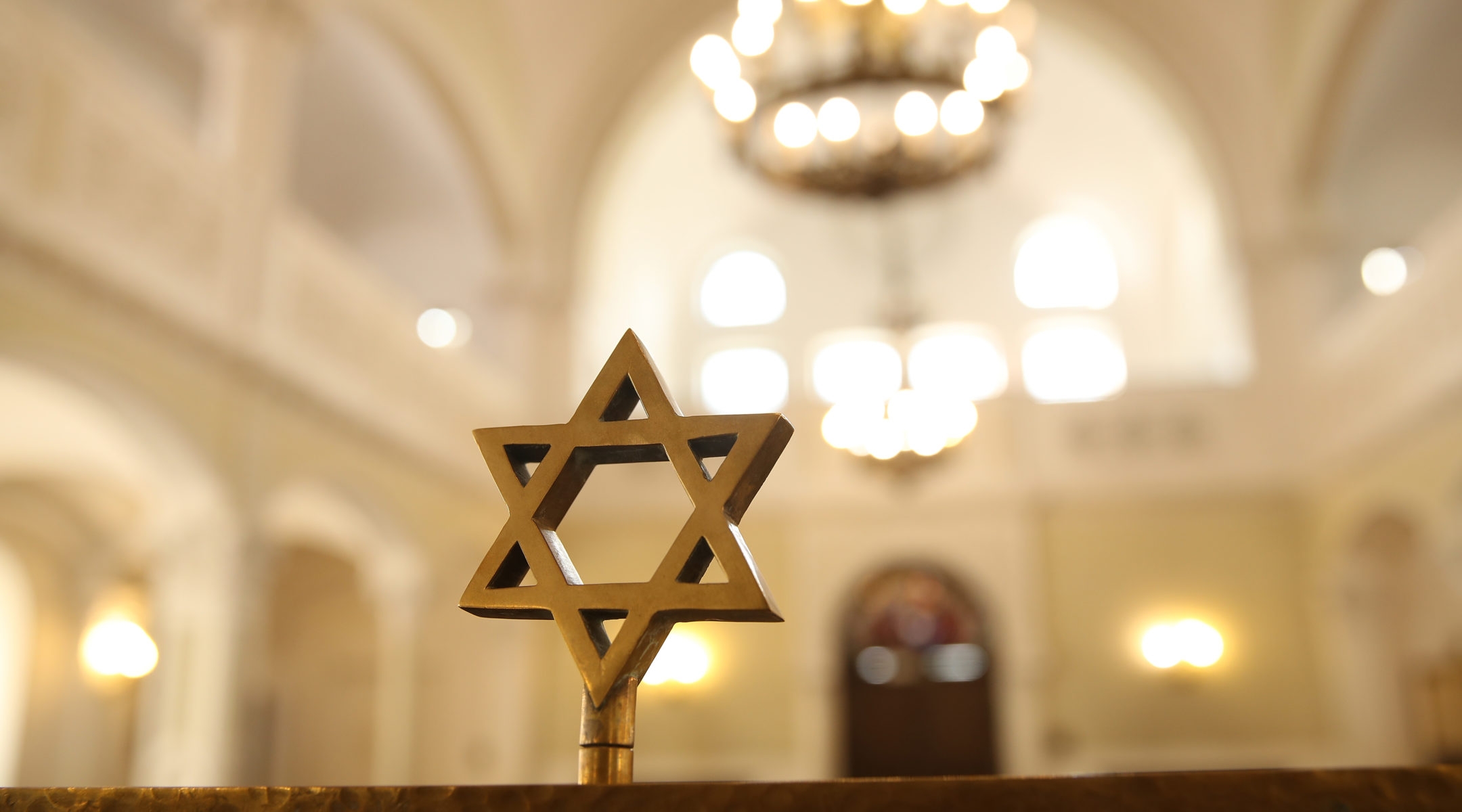 A Star of David stands in the Nozyk Synagogue, Warsaw's only surviving synagogue from before World War II and located in the city's former ghetto, April 12, 2018 (Sean Gallup/Getty Images)
Advertisement

BUDAPEST (JTA) – Architecture and built heritage can be powerful symbols.

Notre-Dame de Paris is one of the most famous and familiar buildings in the world, visited by an astonishing 30,000 people a day, or 13 million people a year. It is embedded in global collective consciousness and immortalized around the world in a zillion holiday snaps, videos, works of fine art  and memories.

My Facebook and Twitter feeds this week have been full of posts grieving over the great cathedral’s fiery fate and heaving sighs of relief that most of the 800-year-old building and its treasures apparently will be saved.

But they have also been full of posts questioning why so much emotion – and money – is (or will be) spent over the fate of one building, however old or iconic, while myriad other important heritage sites are under threat worldwide and millions of people are homeless or go hungry.

My most recent visit to Notre Dame, last October, was for the opening event of an international conference about how to save the thousands of abandoned or endangered churches, synagogues and other sites of religious heritage in Europe. I’ve been working to document and preserve crumbling Jewish heritage sites for three decades, and it’s often been an uphill battle.

Unlike the damage incurred by the vast majority of vulnerable heritage sites, the Notre Dame fire happened dramatically, in real time, as thousands watched by the Seine and millions followed online or on TV. Millions of those who watched the flames had a direct, tangible connection with the building, even if just as a tourist who visited once with a group. What’s more, the fire was sudden, unexpected and – unlike so many other cases – it was not due to war or, as far as we know at this point, attack.

People need symbols, and the world needs culture, beauty and art. Notre Dame was and is a symbol of all such things – and an important symbol of continuity and connection.

The global response shows how built heritage can transcend the specific and become a potent symbol for society at large.

Back in 1999, the then-French culture minister, Catherine Trautmann, sought to make this point in an address to an international conference on Jewish heritage in Europe held in Paris and sponsored by the French government.

“Jewish heritage in France is also the heritage of all the French people, just as the cathedrals of France also belong to France’s Jews,” she said.

Her statement was a noteworthy expression of a new way of thinking that has still not fully permeated society – namely that Jewish built heritage is part and parcel of European heritage, not distinct from it.

During the Holocaust, Jewish heritage sites were more than symbols – they were surrogates: In addition to the mass murder of Jews, the Nazis deliberately targeted the physical places that Jews held dear. Untold hundreds of synagogues, prayer houses and Jewish cemeteries were destroyed during World War II, and following the war, hundreds more were either destroyed, left derelict or converted for other uses that totally obscured their original identity.

In the decades that I’ve been involved in the Jewish heritage field, many once-ruined synagogues have been restored, and some have been rededicated with high-level ceremonies: in Berlin, Budapest and Krakow, as well as smaller towns and cities. Some are used again (or still) as places of worship. Others now play prominent roles as cultural landmarks. 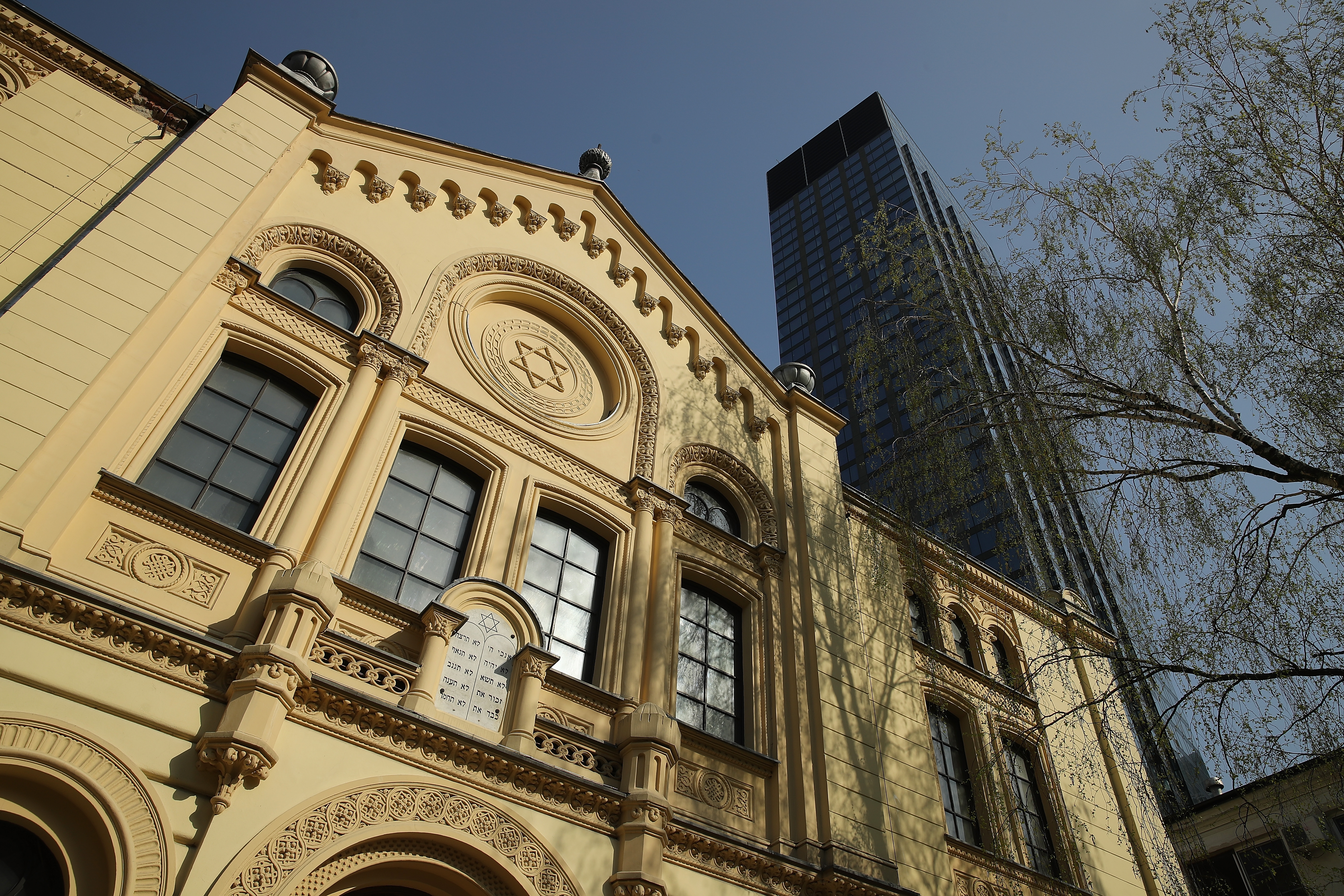 In Warsaw, once home to 350,000 Jews and the most important pre-Holocaust Jewish center in Europe, only one prewar synagogue remains standing today. No synagogues were rebuilt when parts of downtown Warsaw, primarily its war-leveled Old Town, castle and cathedral, were reconstructed from rubble after World War II. As far as I know there are no plans to rebuild any in the future.

A year ago, however, a powerful public installation in the heart of Warsaw elevated the symbolism of Jewish built heritage in a way aimed at touching the city as a whole.

Held on the 75th anniversary of the outbreak of the failed Warsaw Ghetto Uprising, the installation, with a second edition planned for this year on April 18, entailed the public “virtual reconstruction” of the Great Synagogue, the most imposing of the city’s destroyed shuls.

A stately domed building that seated 2,000, the Great Synagogue was blown up by the Nazi occupiers on May 16, 1943, following the destruction of the ghetto. A sleek skyscraper known as the Blue Tower now stands on the spot.

Directed by the artist Gabi van Seltmann and organized by the Open Republic Association Against Anti-Semitism and Xenophobia, the “virtual reconstruction” featured a multifaceted sound collage integrated with a visual centerpiece – an animated projection onto the walls of the Blue Tower of a shimmering, ghostly image of the grand synagogue that once stood there.

The huge projected image, organizers said, was “animated in such a way that the viewer will have an impression that the building is rising from the ruins.”

I look forward, though, to the day when Notre Dame is.

Ruth Ellen Gruber
is JTA’s former senior Europe correspondent and the author of books on Jewish heritage. She directs the web site www.jewish-heritage-europe.eu
The views and opinions expressed in this article are those of the author and do not necessarily reflect the views of JTA or its parent company, 70 Faces Media.