Is the Jewish world ready for a new holiday? Backers of a ‘Day of Justice’ think so. 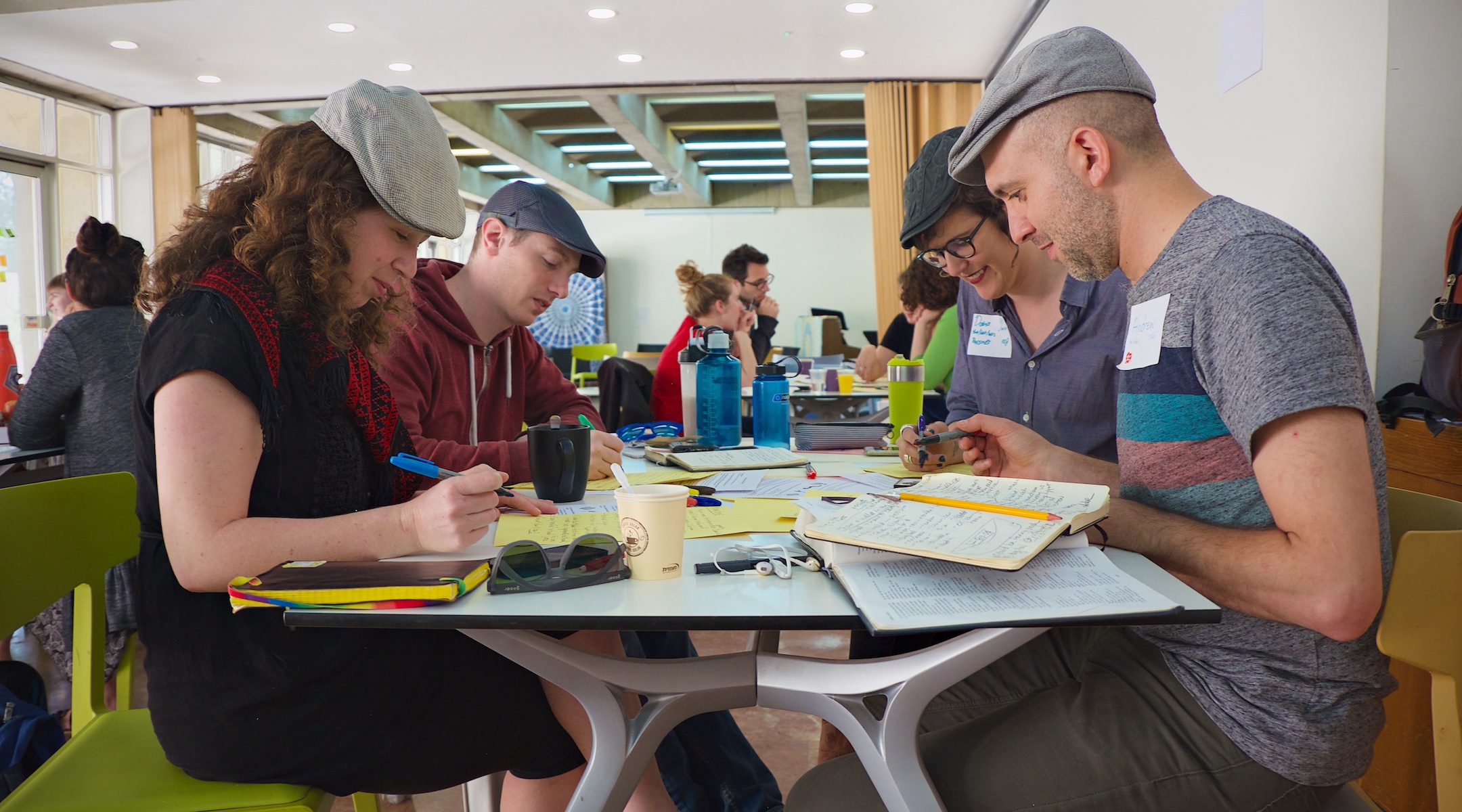 JERUSALEM (JTA) — Liberal Jews are often accused of replacing Judaism with social justice and giving their cause a name — tikkun olam, or healing the world — that happens to be the only Jewish thing about it.

But a new Jewish holiday in development means to dispel that idea by making social justice a full part of religious life, backed by the mainstream American Jewish community.

“If Abraham can lobby God … why do we not have at least one day a year when we do this?” asked holiday founder Andrew Mandel, a longtime activist and then-Wexner Heritage Program fellow, in a 2018 presentation. “Where we advocate in solidarity with our neighbors. A Yom HaTzedek.”

Yom HaTzedek, literally Day of Justice, was mulled into existence by Mandel after he saw how few Jews came to protests and advocacy work, contrasted with the masses that “begrudgingly attend” synagogue for the High Holidays.

“And here we are doing things that are actually quite profound, that could have a real impact,” said Mandel, who is now a rabbinical student at the Hebrew Union College-Jewish Institute of Religion, the Reform seminary, “that speak our values out loud in a way that might inspire or give comfort or solidarity to others, and we’re not doing it.”

Recent additions to the American Jewish calendar have come from Israel, like Yom Hashoah (Holocaust Remembrance Day) and Yom Ha’atzmaut (Israeli Independence Day), passed into Israeli law in the first decade after the country’s founding in 1948.

Both are civil holidays that Jewish communities outside of Israel have adopted, with varying religious and secular rituals.

But a new Jewish holiday created by a social justice activist seems all too easy for mainstream Jewish life to dismiss. That is, unless lay leaders and institutions come to the table to help create it and fit it to their needs.

So Mandel and a core group of friends have created an open process in which all the details of Yom HaTzedek — the date, ritual, liturgy, etc. — will be built from the ground up over the course of two design sprints.

The main event will be held on June 17 in New York City, where professionals from a variety of Jewish organizations will work in groups to blueprint the holiday and vote on a final version. Mandel says that some participants are officially representing their organizations, while others haven’t made clear whether they only represent by affiliation. 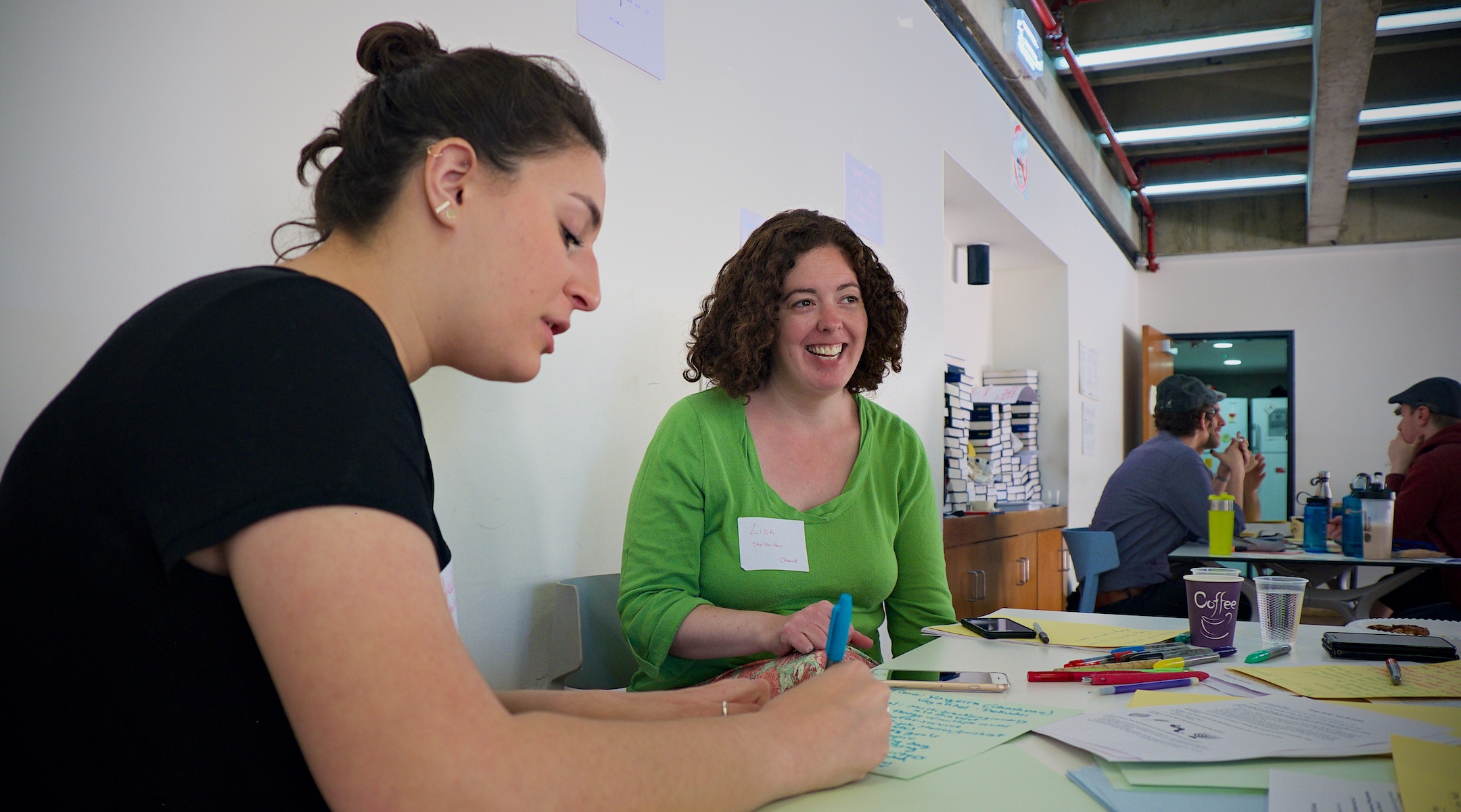 More broadly, at the design sprint he intends to represent Orthodox Jews, who often are left out of the Jewish conversation on social justice that happens in more politically and religiously liberal circles.

“I care a lot about trying to find a way that this will not just be about activism, but about deeply connecting to the Jewish experience as well,” Nehorai said.

And though there’s no way to know if Yom HaTzedek will be a success, “starting a new Jewish holiday is not a simple matter, and that’s part of what makes it exciting.”

Participants from the Jewish Theological Seminary, Shalom Hartman Institute, Jews for Racial and Economic Justice, Hebrew Immigrant Aid Society and other organizations already are confirmed for the event, which will also be live streamed online.

If all goes well, Yom HaTzedek will launch to broad appeal in 2020.

But to prepare for the big day in New York and troubleshoot the design process, a more laid back and intimate design event was held in Jerusalem on April 9, Election Day in Israel. A fluctuating group of anywhere between 15 to 30 people, mostly liberal American rabbinical students studying in Israel for the year, came together in a spacious room of the Hebrew Union College Jerusalem campus.

With a Simon and Garfunkel-themed playlist as background, there was a palpable excitement and little doubt of the holiday’s future.

“This feels like the start of something,” said Shirah Kraus, an HUC rabbinical student and part of the team organizing Yom HaTzedek. “I have a lot of faith in the group of us that are making it happen that it’s not gonna just peter out.

“Honestly, the way I see it, the worst-case scenario is that we’ll learn from the experience and create something even better.”

Kraus compared the event to the creation of tech giant Microsoft in Bill Gates’ garage.

The event borrowed from startup culture as well. It was spent introducing and initiating the design sprint, with six groups brainstorming Yom HaTzedek and presenting their final proof of concepts, which will be shared with the New York event.

Some ideas, like the shofar as the holiday’s symbol and bagels as its food, were widely recommended. But one group actively decided against using the shofar, as a participant was worried that it would be seen as a liberal Jewish appropriation of Rosh Hashanah. That group instead chose the image of Jacob’s ladder ascending to heaven.

The tug of war between social justice and Judaism was something of an unofficial theme of the event. At the beginning of the day, Mandel referenced the book “To Heal The World?” by Jonathan Neumann, where the author argues that social justice and tikkun olam is a made-up New Age idea with no real connection to Judaism.

“The truth is that tikkun olam and its leftist politics have no basis in Judaism,” wrote Neumann, who writes for the conservative Commentary magazine.

While Mandel also dislikes the bumper-sticker nature of tikkun olam, he insisted that the Torah’s laws on the acceptance of strangers and the statements of prophets like Jeremiah and Isaiah, who criticized the Israelites for their treatment of the poor, are an ultimate rebuttal to Neumann’s thesis.

Even defenders of tikkun olam have warned that its practitioners should “resist the temptation of reducing Judaism to our favorite political or social ideas,” as Andres Spokoiny, president and CEO of the Jewish Funders Network, wrote in eJewish Philanthropy.

“That’s wrong because trying to create a better world is part of trying to serve God,” Feld said, “and if I have to leave both aside from each other, I’m only doing either as half a person.”

That’s part of why she is so invested in Yom HaTzedek.

“It’s the old joke: two Jews, three opinions. To have this many Jews and this many opinions, but to have them coming together is tremendously exciting,” Feld said. “It gives me hope that the things that I am hoping for from this holiday — that it’s going to allow me to integrate both sides of me — are things that other Jews want.”

Mandel is confident that the collaborative design process will legitimize Yom HaTzedek for Jews across the religious and political spectrum. With the New York event including many of the American Jewish world’s heavy hitters, he sees the holiday as a chance to bring some unity to a community fractured by left vs. right, social justice vs. Judaism, and Diaspora vs. Israel politics.

In fact, Mandel says that’s sort of the whole point.