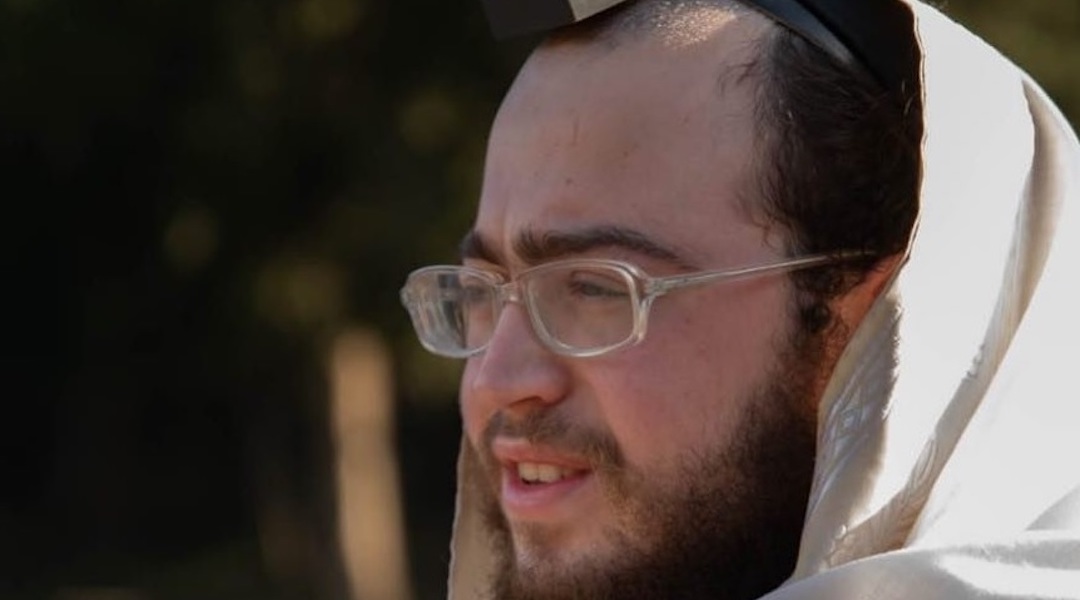 Pinchas Menachem Prezuazman was killed while running from cover from a rocket launched by Hamas over the weekend. (Courtesy of Prezuazman family)
Advertisement

JERUSALEM (JTA) — An American citizen killed while running for cover from a Hamas rocket was laid to rest in Jerusalem on Sunday evening. Hundreds turned out to bury Pinchas Menachem Prezuazman, a 21-year-old American Israeli from Ashdod.

Prezuazman, a member of the Ger Hasidic sect, leaves behind a wife and baby. He was the fourth Israeli to be killed before the conflict eased with a cease-fire early Monday morning.

He was in the stairwell of an apartment building when it was struck by a rocket late Sunday afternoon. Prezuazman had been running to the building’s bomb shelter. He was taken to the hospital in very critical condition and later died of his injuries, the Kan national broadcaster reported.

According to Yeshiva World News, his father, Haim Dov Prezuazman, is a prominent rabbi in Beit Shemesh, an Israeli city about 20 miles from Jerusalem.

“I don’t understand why this is happening, but I am sure that you have fulfilled your purpose on this earth,” his father said at the funeral. “I had a great blessing to raise you for 21, nearly 22 years.”

Earlier Sunday afternoon, two Israeli men were killed, one when a rocket slammed into a factory in Ashkelon and a second when a rocket fired from Gaza directly hit a car driving near Yad Mordechai in southern Israel.

Early that morning, Moshe Agadi, a 58-year-old father of four, was hit with shrapnel to his chest and stomach in the yard of his home in Ashkelon after a rocket fired from Gaza slammed into an apartment building. He died in an ambulance on the way to the hospital. Agadi had gone outside to smoke a cigarette between frequent rocket warning sirens and did not make it to the home’s bomb shelter in time.

President Trump made a strong statement in favor of Israel over the weekend, tweeting that “we support Israel 100% in its defense of its citizens.”

Once again, Israel faces a barrage of deadly rocket attacks by terrorist groups Hamas and Islamic Jihad. We support Israel 100% in its defense of its citizens….