Rising star Imam Omar Suleiman has an anti-Semitic past. Has he moved on? 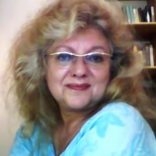 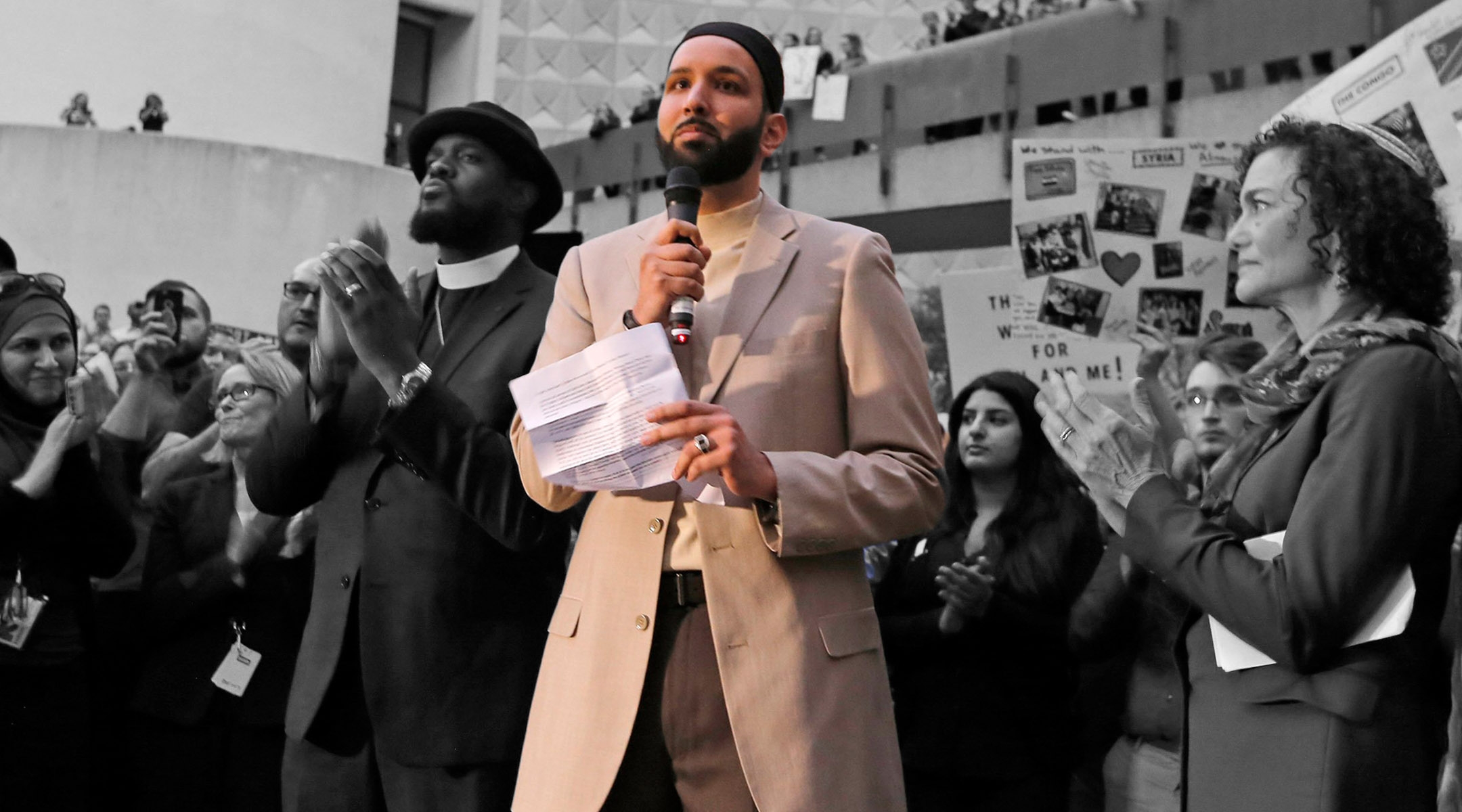 BAT YAM, Israel (JTA) – It was an honor for the young but popular Imam Omar Suleiman to be invited to deliver the opening prayer for a session of the U.S. House of Representatives. Suleiman is the founder and president of the Texas-based Yaqeen Institute for Islamic Research, which proudly announced the occasion and promoted it on its website and social media.

His short and passionate prayer included words about love, unity, justice, peace and reconciliation, as well as a call to “be for truth, no matter who or for is against it.” [sic]

But his appearance in Congress quickly became politicized. Rep. Lee Zeldin tweeted that allowing Suleiman to give the opening prayer was “totally unacceptable.”

Totally unacceptable that @SpeakerPelosi had Omar Suleiman give the opening prayer yesterday in the House. He compares Israel to the Nazis & calls them terrorists, supports Muslim Brotherhood, incites violence calling for a Palestinian antifada & the end of zionism, etc. Bad call pic.twitter.com/bZakjQVwsJ

Two years ago I wrote a piece for The Algemeiner documenting Suleiman’s call for “the beginning of the end of Zionism” and a 2014 Facebook post in which he said that “Zionists are the enemies of God,” among other things. I had come across Suleiman only because I was writing a post on Linda Sarsour’s hostile views on Israel.

During the course of my investigation, I noticed that the newly prominent co-chair of the Women’s March and Suleiman were complimenting each other on Twitter. The articles Sarsour shared about Suleiman painted a glowing picture: One described him as “a new kind of American imam” with “a wildly popular social-media presence, with more than a million likes on his Facebook page and tens of millions of views for his YouTube sermons.”

Since my work focuses on anti-Semitism and anti-Israel activism, I was mostly interested in whether Suleiman shared Sarsour’s views on Israel. What I found was rather shocking, particularly given that Suleiman’s vast social media following allows him to spread his views far and wide.

Suleiman, in his 30s and originally from New Orleans, rose to prominence due to his interfaith work and community organizing in the aftermath of Hurricane Katrina. He began studying Islamic texts in 2000, and has taught Islamic studies at the university level since 2008. He holds several advanced degrees and is in the process of completing a doctorate from the International Islamic University of Malaysia in Islamic thought and civilization.

In 2014, Suleiman repeatedly called for a new intifada inspired by religious fervor during Ramadan and in defense of the Al-Aqsa mosque. In another post, Suleiman cursed “Zionists” as “the enemies of God, His Messengers, sincere followers of all religions, and humanity as a whole.”

It was thus hardly surprising that Suleiman also compared “apartheid Israel” to the “Nazis,” claimed that Gaza was enduring “a Holocaust,” denounced the “Israeli regime” as “terrorist,” and compared the Israeli army to the Taliban.

As I noted in my 2017 piece, Suleiman seemed to become more restrained in his public commentary on Israel after 2015.

But in the course of watching some of his religious lectures, I realized that with regard to Jews, his theological views were perhaps also rather problematic: In one lecture from 2012, he seemed to cast the Bani Israel (sons of Israel, or Jews) as the ultimate, horrifying “Other” put on earth to serve as an example of sinful behavior. Even more alarming was another lecture he gave in 2016 on “Masjid Al-Aqsa: The occupied sanctuary.” Suleiman completely erased Jewish history and presented the Temple Mount, Judaism’s holiest site, as rightful Muslim patrimony from the beginning of time.

Sometime on or before August 2017, Suleiman apparently became aware that some of his views are polarizing. On Aug. 3 of that year, Suleiman posted a sort of mea culpa on Facebook, concluding, “I ask my Lord and all of you to forgive me for anything I’ve ever said, written, or done that hurt you.”

On Aug. 8, he also added a page to his website on anti-Semitism, writing, “I have never condoned anti-semitism. I have worked with the Jewish community in vibrant interfaith partnerships for over a decade.”

In the wake of this most recent controversy, Suleiman wrote an article in the Dallas Morning News in which he referenced his work with the Jewish community and past “regretful” controversial posts. He stated that “one thing I’ve never been is anti-Semitic.”

It is clear – and understandable – that Suleiman feels it is unfair to focus on some tweets and Facebook posts he shared a few years ago while ignoring the work he is doing every day. It is also clear that he sincerely feels that his record does not warrant accusations of anti-Semitism.

But it is equally clear that he is unwilling to clarify if and how his “regretful” views have changed.

In May 2018, Suleiman took to Facebook to passionately endorse the Hamas-orchestrated riots at the Gaza border. The leader of Hamas had announced the goals of the riots very clearly when he vowed to “take down the border and tear out their hearts [i.e. the hearts of Israelis] from their bodies.”

Given Suleiman’s previous calls for a third intifada and his demonization of Israel, he will perhaps understand that it sounds somewhat sinister when he declared that Palestinians “will continue to demand their freedom. And so will we. By any means necessary.”

Suleiman consistently frames the Palestinian conflict with Israel in religious terms, painting it as one that should involve all Muslims, and adamantly denies the importance of the Land of Israel – as well as the centrality of Jerusalem and the Temple Mount – to Jews.

In his 2016 lecture on the Al-Aqsa mosque, Suleiman emphatically asserted that “Masjid [mosque] Al-Aqsa is that entire rectangle, that entire sanctuary, it is humongous, that is actually all Masjid Al-Aqsa; the Dome of the Rock is at the center of it, so that entire compound is Masjid Al-Aqsa,” erasing the fact that the same site is Judaism’s holiest, where historical and archaeological evidence show that the Second Temple stood until its destruction in 70 C.E. The Dome of the Rock and the Al-Aqsa mosque weren’t built until over 500 years later, on a plateau defined by the walls built to support the Temple complex.

Suleiman’s Al-Aqsa lecture is a depressing example of a fundamentalist theological outlook on the basis of an Islamist view of history. He says that it was “proven that other religions only flourished in Jerusalem under Muslim rule. It never happens any other way.” Complaining how unfair it was to fear that Muslims could “turn Jerusalem into some sort of blood bath,” Suleiman declared: “No, we recognize the sanctity of that place, we love that masjid, we love that land, we know what that land is. No one wants to do anything with that land except restore it to the way that it was.”

The implications of Suleiman’s religious teaching are clear: Muslims must strive to end Jewish sovereignty and “restore” Jerusalem and the holy land “to the way that it was” under Muslim rule.

It seems that Omar Suleiman’s theological views, which amount to a denial of Jewish history, color his political views. Like so many anti-Israel activists, Suleiman adamantly denies that anti-Zionism has anything to do with anti-Semitism. In the spirit of the interfaith activism he seems to endorse so warmly, he could perhaps consult some of the relevant material published by Rabbi Lord Jonathan Sacks, who explains that “Anti-Zionism, denying Jews the right to their one and only collective home by misrepresenting Judaism, is the new anti-Semitism, every bit as virulent and dangerous as the old.”

That would help Suleiman understand that you cannot erase Jewish history and credibly claim that you oppose anti-Semitism.

Petra Marquardt-Bigman
is a German-Israeli researcher with a doctorate in contemporary history. Her work focuses on anti-Israel activism and anti-Semitism.
The views and opinions expressed in this article are those of the author and do not necessarily reflect the views of JTA or its parent company, 70 Faces Media.