5,000-year-old yeast is being used by Israeli scientists to brew a pretty good beer 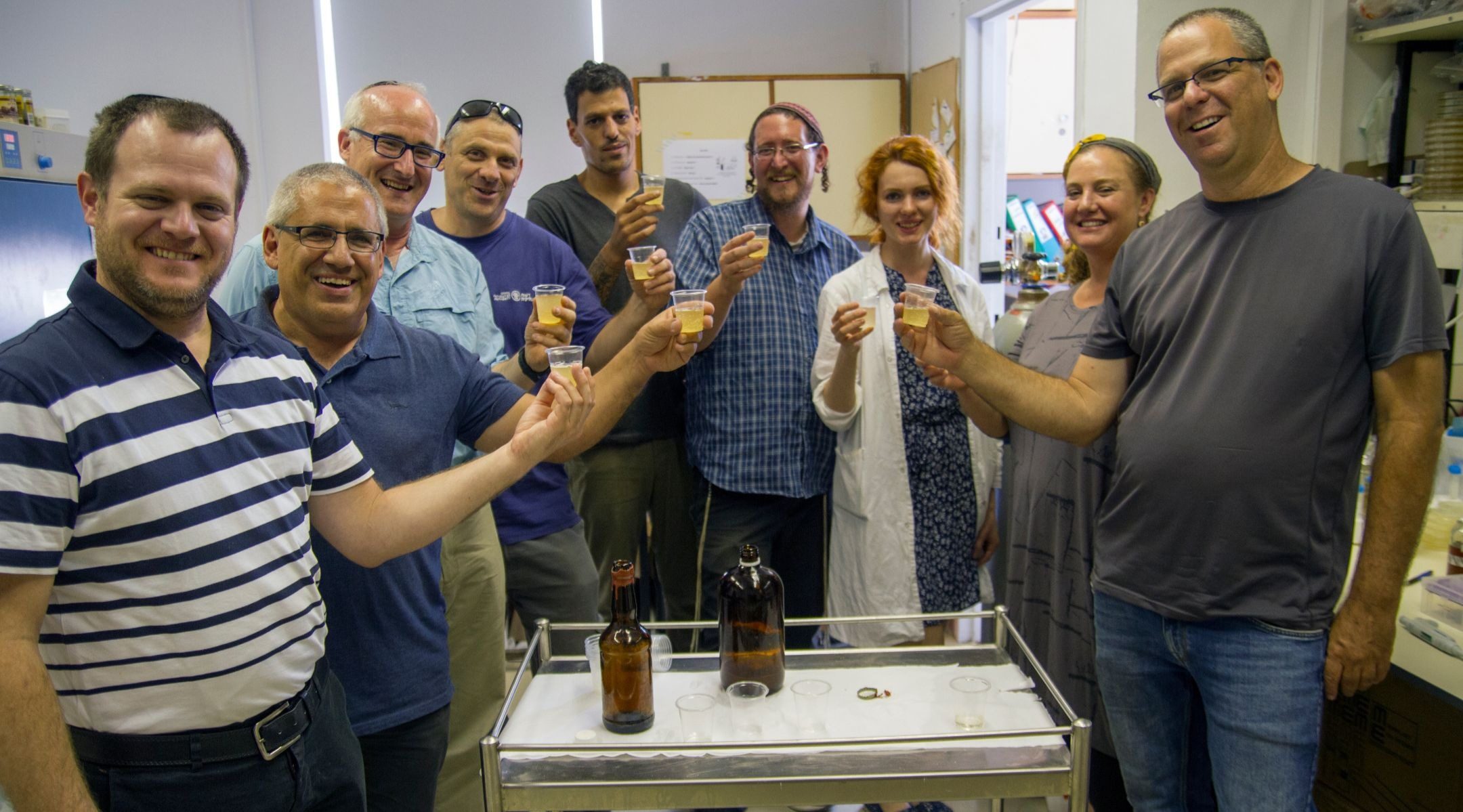 JERUSALEM (JTA) — Israeli scientists are using ancient yeast to brew a beer fit for a pharaoh.

The researchers have isolated yeast from ancient pottery used to brew beer and used it to create the same libation that was presumably drunk by the Egyptian pharaoh, Iron Age rulers and ancient Jewish leaders.

The discovery of the yeast and re-creation of the ancient beer was announced Wednesday by researchers from the Hebrew University of Jerusalem, the Israel Antiquities Authority, Tel Aviv University and Bar-Ilan University.

The jars from which the yeast was recovered date back to the reign of the Pharaoh Narmer, circa 3000 BCE, to the Aramean King Hazael, 800 BCE and the Prophet Nehemiah, 400 BCE.

The researchers cleaned and sequenced the full genome of each yeast specimen and discovered that they were similar to those used in traditional African brews — and to modern beer yeast.

An Israeli beer expert, Itai Gutman, helped the scientists make the beer. The brew was sampled by Ariel University’s Elyashiv Drori, an agronomist, winemaker and international wine judge, as well as by certified tasters from the International Beer Judge Certification Program under the direction of brewer Shmuel Nakai.

The testers determined the brew was high quality and safe for consumption. One brew was said to be similar in color, aroma and flavor to one from a well-known English ale yeast.

“This ancient yeast allowed us to create beer that lets us know what ancient Philistine and Egyptian beer tasted like,” Ronen Hazan, a microbiologist from the School of Dental Medicine at Hebrew University and one of the lead researchers in the project, said in a statement. “By the way, the beer isn’t bad. Aside from the gimmick of drinking beer from the time of King Pharaoh, this research is extremely important to the field of experimental archaeology — a field that seeks to reconstruct the past. Our research offers new tools to examine ancient methods, and enables us to taste the flavors of the past.”

Joining Hazan in the research were Michael Klutstein, also a microbiologist from Hebrew University, and archaeologist Yitzhak Paz of the Israel Antiquities Authority. They were later joined by archaeologists Aren Maeir of Bar-Ilan and Yuval Gadot and Oded Lipschits from Tel Aviv University

“These findings paint a portrait that supports the biblical image of drunken Philistines,” Maeir said.

The findings were published in the journal of the American Society for Microbiology.