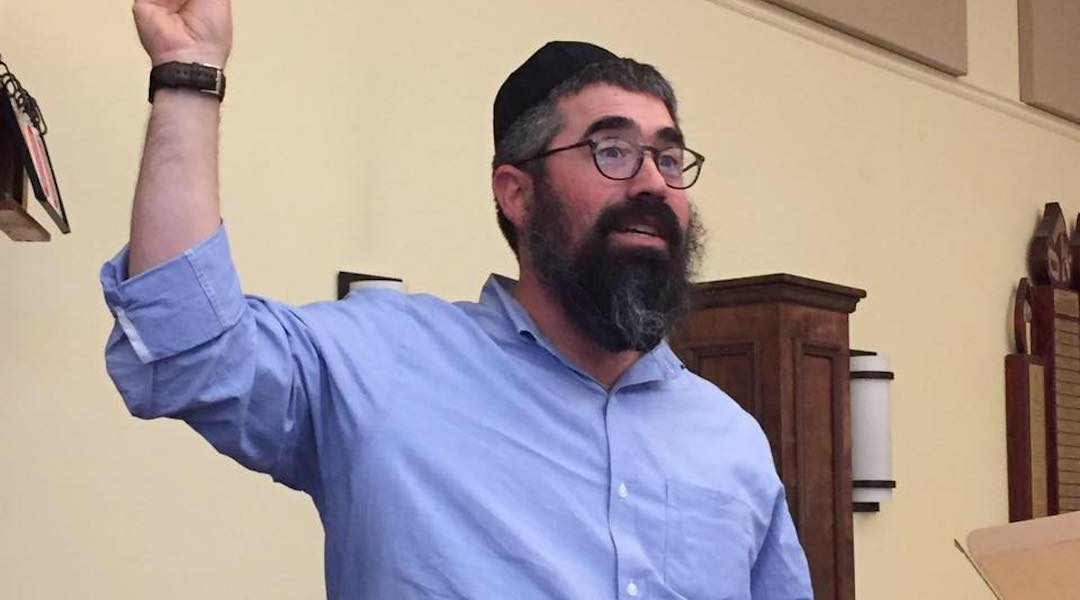 Rabbi Nechemia Schusterman was accosted by pickup truck drivers who yelled at him. (Facebook)
Advertisement

BOSTON (JTA) — More than 350 people gathered for a rally against anti-Semitism and hate in Peabody, a city on Boston’s North Shore, after motorists shouted anti-Semitic slurs at two Chabad rabbis out walking on Shabbat.

Wednesday’s rally was called by Mayor Ted Bettencourt to support Rabbi Nechemia Schusterman of Chabad of Peabody and Rabbi Sruli Baron of Tobin Bridge Chabad in Chelsea, a city just outside of Boston.

The two friends were out on a walk on Saturday, May 25, when a group of about three or four pickup trucks slowed alongside them, Schusterman reported to the Peabody police. The driver of the lead truck shouted an anti-Semitic obscenity and hurled a penny out of his window, yelling “something to the effect of ‘go pick up the penny [expletive] Jew,” Schusterman reported.

The rabbi later wrote about it publicly on his Facebook page and in “Yes, I look Jewish: Hate on Lowell Street,” a front page essay published last week in the North Shore’s Jewish Journal.

“Walking and chatting and visibly Jewish – kippas, beards and tzitzits flying about – was apparently too much for a bunch of pickup truck drivers,” he wrote.

The reported incident follows three cases of suspected arson earlier in May at two Boston-area Chabad centers that are also the homes to their rabbis and their families. The acts of arson are under investigation by state and federal authorities.

Last week, a staff member of the Jewish Community Relations Committee of Greater Boston was called a “kike” while he was walking in Cambridge, the group’s executive director, Jeremy Burton, wrote in a June 4 twitter post.

On Friday, a member of @BostonJCRC staff was called a “kike” while walking on the street in Central Square, #Cambridge. He did the right thing & immediately reported incident to @ADL_NewEngland . It is important in these times that we document every incident of #antisemitism. pic.twitter.com/UULeN2CcZj

The large turnout in Peabody “sent a powerful message that acts of hate would not be tolerated,” Mayor Bettencourt said, according to the Salem News.

The rabbis were joined by interfaith religious leaders, city and state officials and representatives of the North Shore and Boston’s Jewish communal organizations and the deputy consul general of Israel to New England.

Supporters came from across the North Shore, an area with a sizeable Jewish population and many long-established Jewish community organizations and synagogues. It is also the headquarters of the Lappin Foundation, a philanthropy that supports Jewish causes.

Schusterman acknowledged the outpouring of support he has received.

“Thank you for showing up today and being counted and standing by the local Jewish community as I know you would do for any faith that was attacked or maligned,” he said in a speech he also posted on Facebook. “The real solution is to root out the hate. It needs to be uncool, unwoke to hate.”