Why some American Jews pay more than $20,000 to get buried in Israel 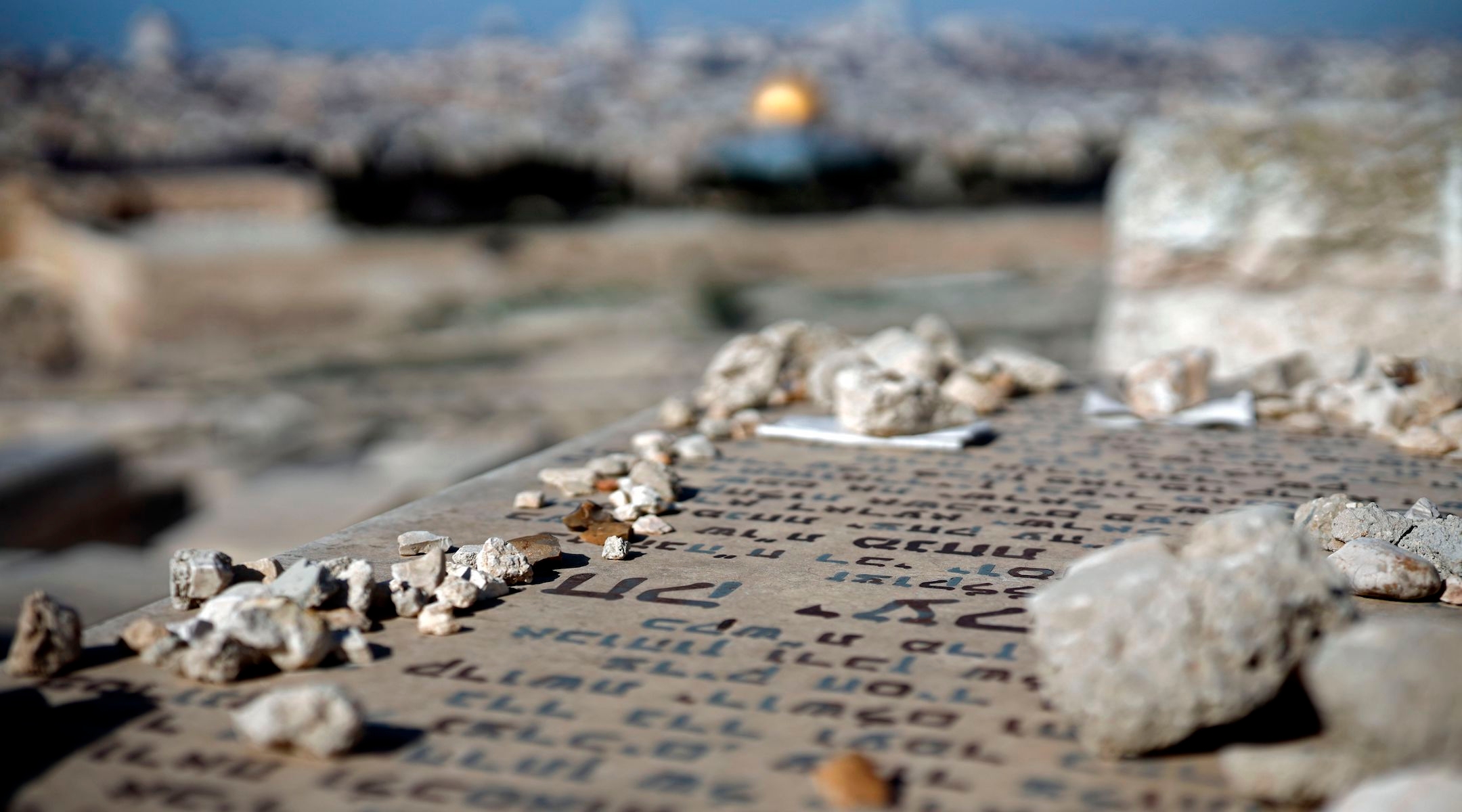 NEW YORK (JTA) — Within hours of his mother’s funeral, Rabbi Abba Cohen was driving from Baltimore to New York’s John F. Kennedy Airport. That night Cohen, together with his brother and sister, sat on a plane to Israel. The following day he would watch his mother being buried next to his father on the Mount of Olives, in Jerusalem. Only hours later he was once again on a flight, this time back to the United States, where he would sit shiva with the rest of the family.

“I was going to Israel, which I don’t do every day and I always associate with joy and excitement, and here I was going to bury a loved one, so that was a very surreal experience,” Cohen, who works as vice president for federal affairs at Agudath Israel of America, recalled of the burial four years ago.

Like many Jews, Cohen’s parents wanted to be buried in Israel. The practice can be traced back to the Bible, where Jacob asks his son Joseph not to bury him in Egypt, but rather among his ancestors in Hebron.

In addition, Jewish tradition says that the dead will be resurrected when the Messiah arrives, starting with those buried in Israel. The process is prophesied to begin at the Mount of Olives, just beyond the eastern wall of Jerusalem’s Old City.

But organizing a Jewish burial in Israel can be both complicated and costly.

Israel’s national insurance system covers “burial expenses for anyone (even a foreign tourist) who dies in Israel and is buried near his place of death, or for an Israeli buried near his home here,” according to Itim, the religious rights organization. However, those living abroad have to pay their own way and there are no rules limiting how much cemeteries can charge.

Cohen’s parents bought their plots in the 1970s, but since then costs have risen dramatically. Today a plot on the Mount of Olives could cost as much as $30,000, according to Rabbi Shaul Ginsberg, who arranges burials in Israel for the New York-based Plaza Jewish Community Chapel.

Traditionally people have favored being buried in Jerusalem at either the Mount of Olives cemetery, the most ancient one in the city, or the Givat Shaul cemetery, the largest one, in the city’s west. But with rising costs, people are looking elsewhere.

One cemetery popular among Americans Jews is Eretz HaChaim, which is located near the city of Beit Shemesh, about a 40 minute drive from Jerusalem. The majority of people buried there are foreigners, and out of those Americans make up the largest group, said Jonathan Konig, who assists the cemetery’s burial society and sells headstones. The cemetery is Orthodox, as were “the overwhelming majority” of the approximately 5,000-6,000 people buried there, but Jews of all denominations are welcome, according to Konig.

Plots at Eretz HaChaim go for $9,500, in addition to a $1,500 one-time maintenance fee. The cemetery organizes transportation and other services necessary from arrival at Israel’s Ben Gurion Airport for $2,200.

People can also expect to pay an additional $10,000-$15,000 for a range of necessary permits, transporting the body and services performed in the U.S., including ritual cleansing of the body. Ginsberg said El Al charges about $2,300 and United about $2,900 to transport a casket and body. That does not include flights for family members to attend the funeral in Israel.

Haaretz cited the Foreign Ministry as saying that 1,590 people died abroad and were buried in the Jewish state in 2016, an increase from 850 in 2007. That number includes Israelis who died while on vacation. Israel’s Foreign and Interior Ministry did not respond or referred the Jewish Telegraphic Agency to people who did not respond to multiple requests for more current numbers.

Many Jewish organizations — including the National Council of Young Israel, Yeshiva University and the Rabbinical Council of America — have reserved plots at Eretz HaChaim for its members.

The National Council of Young Israel has held reserved plots at Eretz HaChaim since the late 1960s. Rabbi Binyamin Hammer, the organization’s director of rabbinic services, says he has seen an increase in interest among Young Israel members in being buried in Israel in the last 20 years and that many are motivated by Zionism.

“The success of the day school movement has caused a tremendous amount of aliyah from America as well as people saying ‘if I can’t live there, at least let me be buried there,’” Hammer said, using the Hebrew word for immigration to Israel.

Rabbi Yehudah Prero, who coordinates burial in Israel for Young Israel, also attributes an increase to the fact that people today are less likely to stay in the same town or city for generations.

“They feel that if they pass away in a certain city, they don’t know if their kids are going to be there,” Prero said. “And even if they are, who knows where the grandkids are going to end up? But if they’re buried in Israel, they know someone is going to come and be able to visit graveside.”

For those who aren’t members of an organization with reserved plot, there is Achuzat Kever, an Israel-based organization founded by Rabbi Michoel Fletcher in 2004.

Fletcher helps people from abroad secure plots at cemeteries across Israel and helps coordinate transportation and a range of other services. The rabbi works directly with a number of cemeteries who offer him commissions when he sells plots. In cases where he does not receive a commission, he charges clients a fee of about $500.

Rabbi Seth Farber, the organization’s founder and director, says that cemeteries and funeral homes in the U.S. often cater to the needs and wishes of the family. But in Israel, the focus is on providing a funeral that the cemetery sees as adhering to their interpretation of Jewish law.

“It’s not as user friendly for the family as America would be,” he said.

For example, a family may bring with them their hometown rabbi thinking he or she will be able to lead the ceremony, but few Israeli cemeteries allow that. Some cemeteries do not allow women to give a eulogy and each one has certain traditions they follow without exception. Sometimes, the person who leads the funeral at the cemetery does not speak English.

Since 1996, says Itim, Israelis, Jewish or not, can choose to be buried in a civil ceremony at cemeteries that allow them.

Surella Baer, 64, has visited her father’s grave three times since he passed away in 1991. But  health problems currently prevent her from traveling there from her home in Queens, N.Y.

“My husband’s parents are buried here out on Long Island and he gets to see them every year twice a year,” she said. “I really wouldn’t mind doing that, but the truth is it’s what my father wanted, so we did it.”

Still, the practice holds deep meaning for many.

“It’s not just going to a cemetery to visit your loved one,” said Cohen of visiting his parents’ graves on the Mount of Olives. “It is that, but the entire experience of the setting and the meaning and the place all of that is extremely, extremely powerful and whenever I’ve gone, I’ve felt it.”