For these Israeli startups, design is just as important as technology 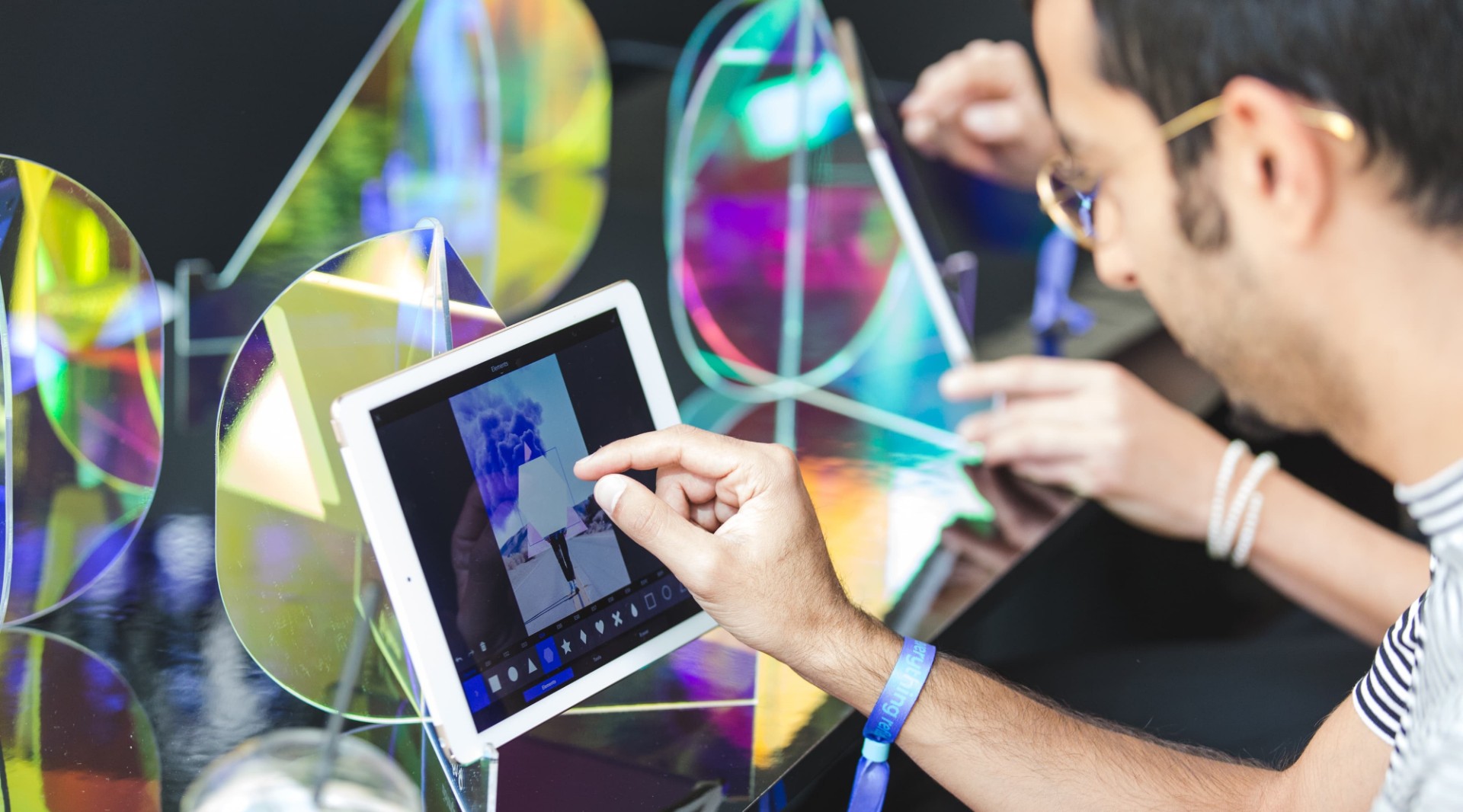 At the Jerusalem-based Lightricks, a producer of image and video editing apps, the company has integrated design elements at all levels of product development. (Courtesy of Lightricks)
Advertisement

Last year, a group of students at Jerusalem’s renowned Bezalel Academy of Arts and Design set to work imagining the future.

Their specific goal was to envision the next generation of wearable devices for the blind. Working in collaboration with the technology company Orcam, a Jerusalem-based producer of devices that help the visually impaired read text and recognize objects, the students came up with a number of innovative designs, from devices that embed within a user’s glasses to one hidden in a hairpiece.

Most of the products will never actually be made.

Safi Hefetz, the head of Bezalel’s department of industrial design, likened the endeavor to automobile companies that produce “concept cars” — futuristic prototypes that may never come to market but help the company imagine where the industry is headed and showcase new technologies.

It’s the kind of project that would barely raise an eyebrow in other countries. But the idea of using visionary design to drive technological innovation is unusual in Israel, according to Hefetz.

Israel is globally renowned for its technological prowess, responsible for such breakthrough innovations as the first global instant messenger platform (ICQ, later bought by AOL) and the navigation app Waze (bought by Google in 2013).

But industry insiders say Israeli tech companies often are stuck in a mindset that sees design merely as a way to beautify a product whose development lies mostly in the hands of computer scientists.

“Despite Israel’s foundation in design and creativity, these elements are too often unconnected to its world-class tech sector,” said Inbal Gottesman, the Jerusalem ecosystem manager for Start-Up Nation Central, a nonprofit that works to strengthen Israel’s innovation sector.

Gottesman’s group has put on a series of events over the last year and a half highlighting the importance of design in the tech sector, with a special focus on Jerusalem. The idea is to make Israel’s capital city a national model for bringing together tech and design.

Jerusalem is particularly well-suited to the endeavor. In recent years, the city’s startup scene has grown dramatically, from about 200 companies in 2012 to nearly 500 today.

The Start-Up Nation Central events, known as Tech Meets Design, feature content designed to appeal to both communities. At the last one, a former NASA administrator talked about the challenges of designing a spaceship. The next one, at the Israel Museum in June, is titled Designing | Engineering The Future and will include segments on the future of mobility, food and home, and education and health, as well as ample time for mingling and networking. 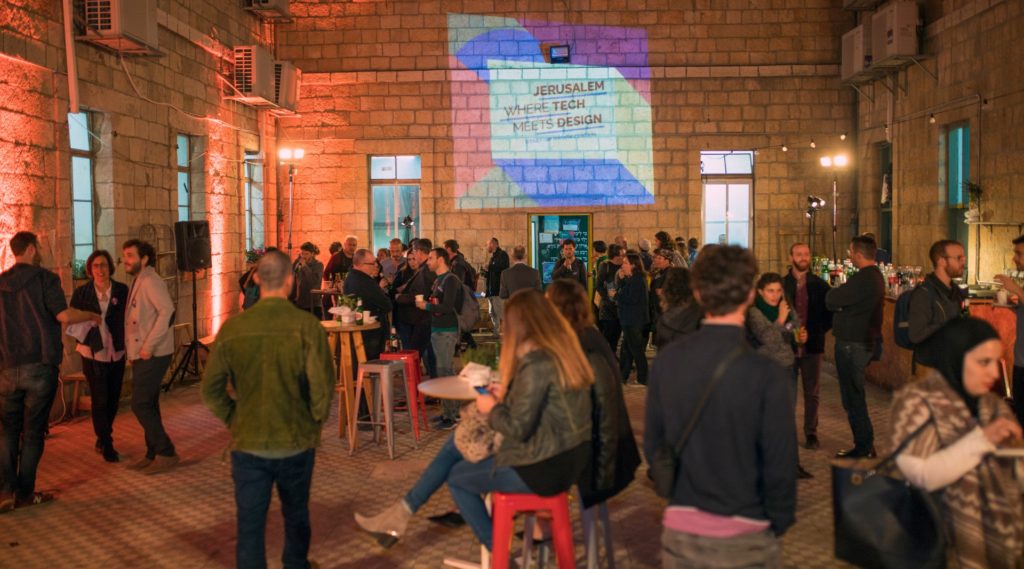 But most of those companies have failed to fully exploit the design talent coming out of Bezalel and similar institutions in the city. Start-Up Nation Central’s efforts in Jerusalem were born initially of a desire to grow the city’s creative class and keep those graduates from seeking opportunities elsewhere.

“We believe that Jerusalem is the ideal city for driving a global discussion about the necessary clash point between these two worlds,” Gottesman said. “Its growing tech ecosystem, combined with its dynamic design community, make it a great test bed for projects like Tech Meets Design.”

Start-Up Nation Central isn’t the only group that sees the need for a shift in the tech sector.

In 2013, Bezalel added a new track to its master’s program in industrial design focusing on design and technology, partly in response to demand from companies seeking new ways of implementing emerging technologies that place the user experience at the center.

“We do that extremely well,” said Eyal Fried, the founding director of the design and technology track. “Not just because we are empathic, and not because we can design beautiful things, but because we can methodically understand people and analyze how people behave and react to things, and then implement it very effectively into the product and the technology.”

One Jerusalem company that has integrated design elements at all levels of product development is Lightricks, a producer of image and video editing apps whose CEO, Zeev Farbman, is presenting at the Designing | Engineering The Future conference. One out of every five Lightricks employees is a designer — three-quarters of them Bezalel graduates — and a tech lead and a design lead work on every product made by the company.

“There’s always that sort of healthy tension between how good it looks and how well it works,” said Stav Tishler, Lightricks’ director of marketing communications. “We have a really good balance there.”

Aharon Horowitz, the co-founder and CEO of a Jerusalem company that makes a software marketing suite for the automotive industry, said design was very much an afterthought in the early stages of building the firm. Both his co-founders are scientists, and design generally was farmed out to freelancers.

But the importance of design was brought home in a conversation two years ago with one of the company’s biggest customers, a major car dealership in the Midwest. The CEO recognized the value of the data from Horowitz’s company, AutoLeadStar, but it wasn’t being presented in a way that was particularly useful. That led to a significant redesign of the interface.

“I wouldn’t go back to the freelance approach where design was a bolt-on,” Horowitz said. “I believe that having design as a more central part of how we do things on the whole has benefited our product performance. You want your products to really center themselves around a customer need, and the best way to get it there is through design.”