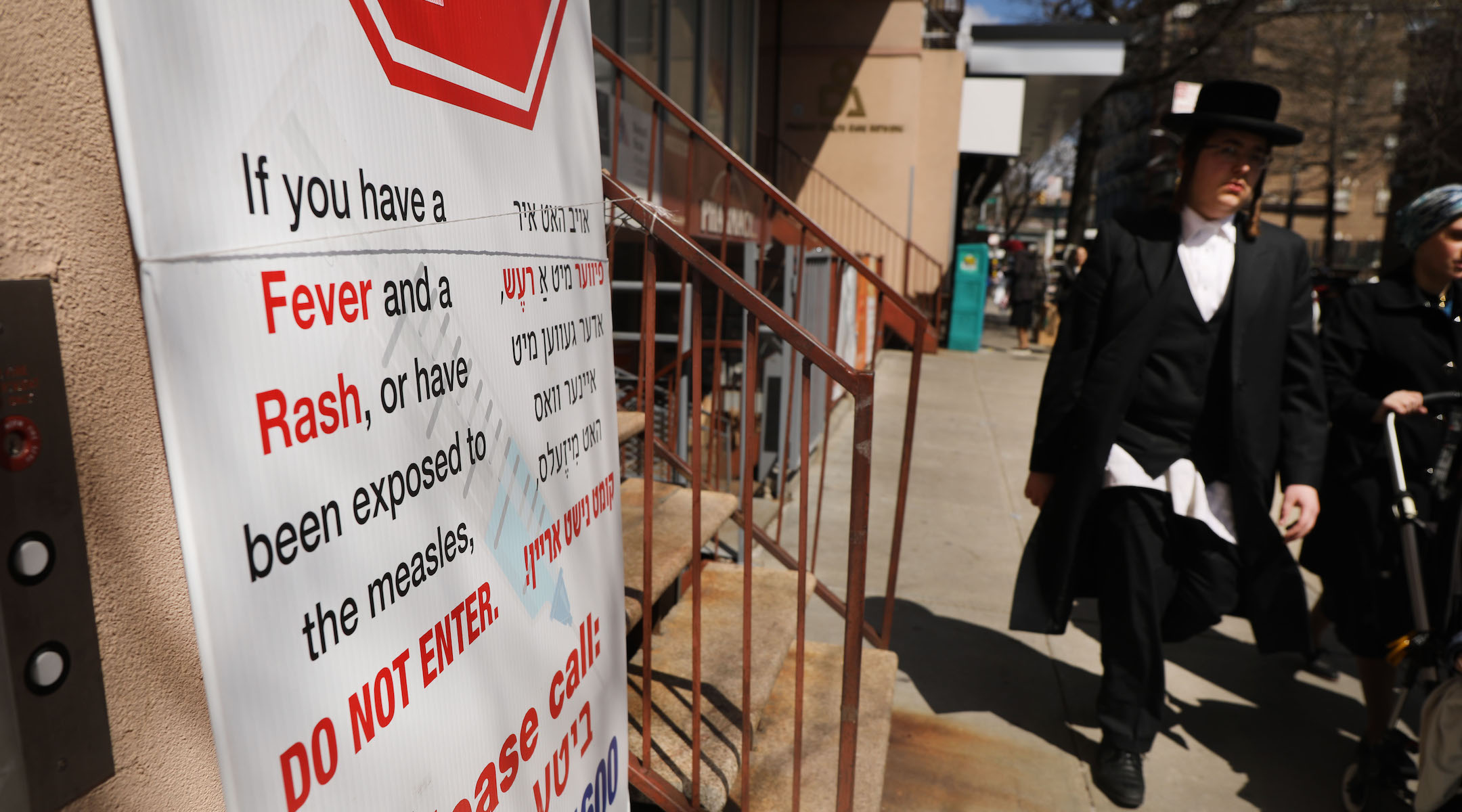 NEW YORK (JTA) — New York City is shuttering an Orthodox school in Brooklyn because it has continued to admit unvaccinated students in violation of a city order.

The Central UTA Satmar School for Boys, a Hasidic school in the Williamsburg neighborhood, will be closed Tuesday afternoon for violating the stipulations regarding vaccines and vaccination records, the Jewish Telegraphic Agency has learned. It is the 10th Orthodox school in New York City to be closed this year due to the issue, according to a city official with knowledge of the matter.

Williamsburg, which has a large Orthodox population, has been experiencing a measles outbreak since last year that has infected 588 people in New York City. Almost three quarters of those cases have occurred in Williamsburg. The city says the outbreak is largely concentrated in the Orthodox community.

In April, the city declared a public health emergency over the outbreak, mandating people in four Williamsburg Zip codes to vaccinate. The city also announced it would be closing schools in Williamsburg that allow unvaccinated students to attend. Nine of the 10 schools closed thus far are in Williamsburg. The 10th is in the borough of Queens.

In addition, in the past week, the city has issued summonses to 173 people for not complying with the public health emergency order, 68 of whom ended up receiving vaccines or providing proof of immunization.

Orthodox authorities have urged their communities to vaccinate. And an analysis of vaccination rates at Brooklyn Orthodox schools, conducted by an infectious disease specialist and a Columbia University business school professor, found that Orthodox vaccination rates in those schools are high.

But according to data shared by the New York City Department of Health, as of the beginning of 2018, only 67 percent of Williamsburg children ages 19 to 35 months had their first dose of the measles vaccine, as opposed to a citywide average of 88 percent. More recent data was not available.

According to data from the State Department of Education, more than 20 Orthodox schools in Brooklyn had immunization rates lower than 90 percent last year. Experts recommend an immunization rate of at least 95 percent.

Rockland County in New York, home to the heavily Orthodox city of Monsey, also has had a significant number of measles cases. Only about 77 percent of the county is vaccinated, according to state data.

In the case of the Satmar school, the city official said, school officials failed to meet deadlines to provide the city with students’ immunization records. When those records were received, investigations showed that the school was still admitting students and faculty who were not vaccinated.

The school has not responded to a JTA request for comment. But a parent at the school told JTA that the issue lies with influential families in the community who do not vaccinate their children and continue to send them to the school, even though the school has asked them not to attend. In general, the parent said, the school encourages vaccination.

“The school endorses it, and they warn everyone to vaccinate, but then there’s people in power that don’t, and then, there’s where the problem comes in,” the parent said. “You have people in power, for example, somebody who gives a lot of money for the yeshiva, or he’s a big rabbi, and his son doesn’t vaccinate… You can send them home for one day, for two days, but, you know, then he’s going to come back… You can’t dismiss him for all.”

The school is not being given advance notice that it is being closed so that school administrators will not falsify documents ahead of time.

City officials will check back daily to make sure the school remains closed in the interim.

The city announced Tuesday afternoon that, in the two months since the public health emergency was declared, more than 3,800 measles vaccines were administered to children in Williamsburg — nearly double the number administered over the same period last year. 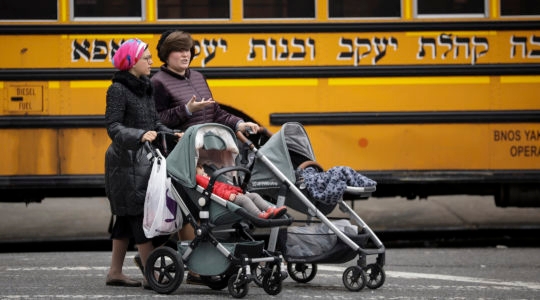 Here’s what we know about Orthodox vaccination rates