Harvard dropped a Jewish pro-gun Parkland student over past racist comments. Was it justifed? 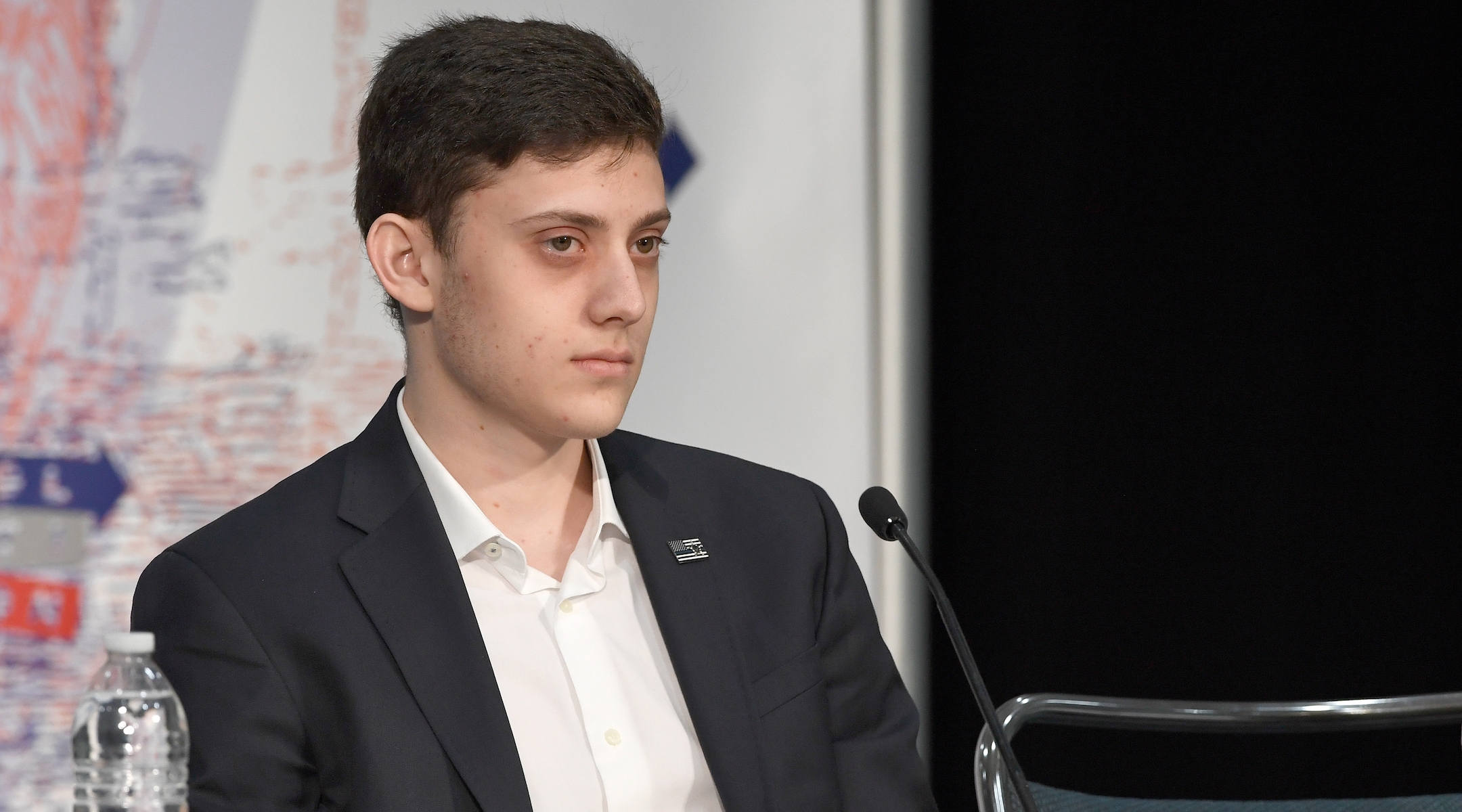 NEW YORK (JTA) — Kyle Kashuv rose to prominence after having survived the 2018 shooting at Marjory Stoneman Douglas High School in Parkland, Florida. While some of his classmates went on to become gun reform activists on the left, Kashuv took a different course. A self-described political conservative, the 18-year-old met with President Donald Trump, took a job at the right-wing Turning Point USA and spoke at a National Rifle Association conference.

But now Kashuv, the son of immigrants from Israel, is in the spotlight for a different reason. Though he was admitted to Harvard and was set to attend the Ivy League university, he revealed on Twitter on Monday that the school had rescinded his admission. The announcement came almost a month after the Huffington Post reported that as a 16-year-old, Kashuv had made racist, anti-Semitic and sexist comments.

Among other things, Kashuv had repeatedly written the n-word in a shared class document and said a female classmate “goes for n***erjocks” and preferred black men to a “pasty jew.”

Kashuv sent an apology to Harvard saying he regretted the “idiotic and hurtful things” he had written. He also said he was “determined to take whatever steps are necessary to rectify this past wrong and to reassure Harvard of my commitment to values of tolerance, diversity and inclusion.” Kashuv also wrote a letter to its Office of Diversity and Inclusion, but the school stood firm in nixing his acceptance.

Kashuv told Vox that he at the time “was in a friend group where we were saying the most shocking things for the sake of shock value.”

“[I]n the same kind of messages, I said extremely anti-Semitic things, and it’s not representative of who I am because I go to synagogue every week, and my parents are Jewish,” he said.

The announcement drew widespread debate: Some praised Harvard’s decision to stand up against racism, others said Kashuv should not be so harshly punished for comments he made as a 16-year-old and since denounced. Some conservatives said the decision was a pretext to punish a student who held politically incorrect views on gun control.

To better understand the controversy and Harvard’s response, the Jewish Telegraphic Agency spoke with Brian Taylor, the managing director of Ivy Coach, a New York-based college admission consultant firm. Here’s what he told JTA in a phone interview, which has been edited for length, clarity and style. 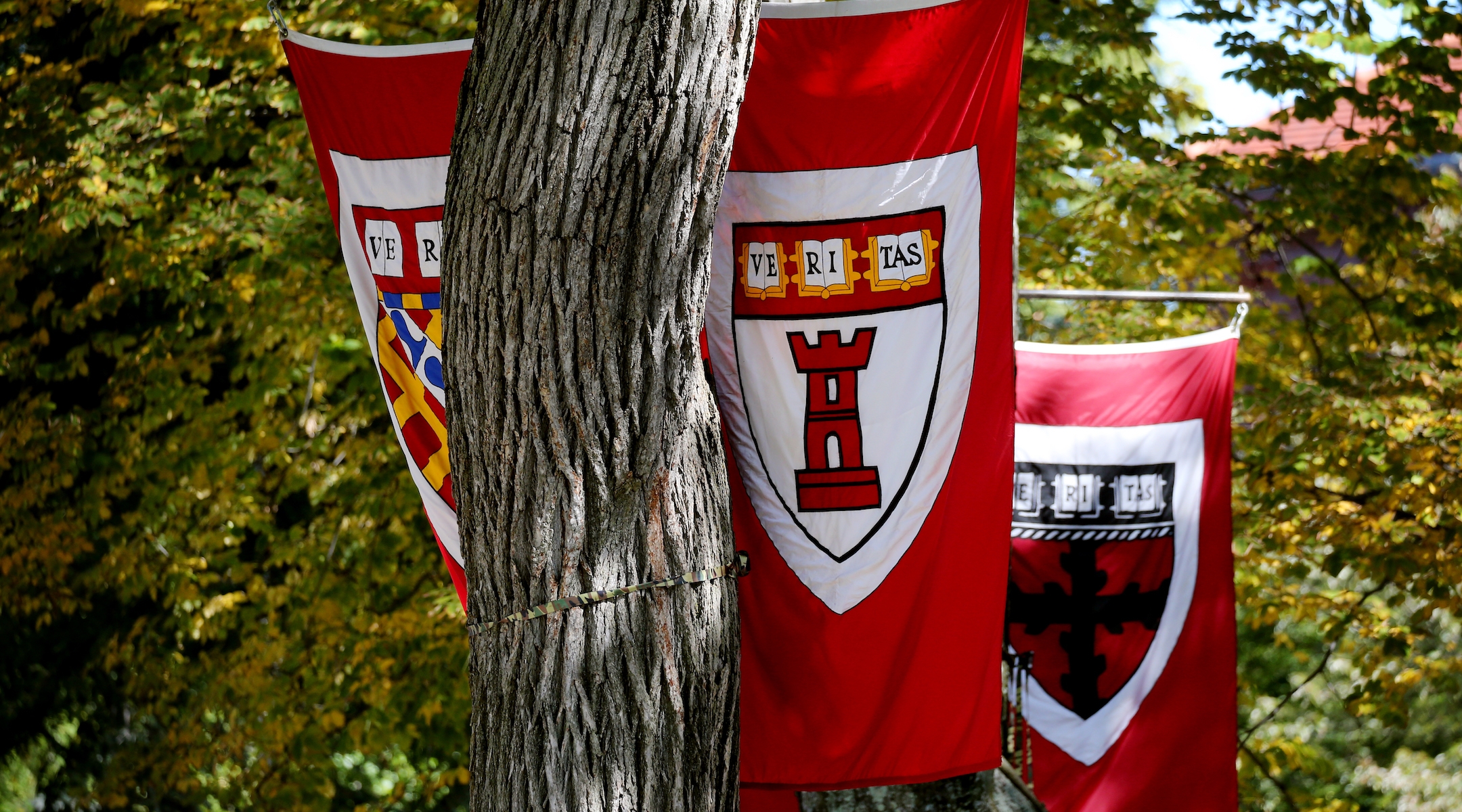 JTA: Is it out of the ordinary that Harvard revoked his admission?

Taylor: If you’re caught using racist [or] homophobic hate speech, it’s the norm that your admission will be revoked. In this case he happened to be a pundit and his punditry just shined a spotlight on his past work. Not every time will students get caught using this language, but in his case his political activism led him to getting caught.

What about the fact that he apologized for his comments?

When a school’s admission rate is below 5 percent, there are plenty of students who haven’t used hate speech who are deserving of admission, so that’s the other side of that coin. Did he handle it right after Harvard’s dean of admissions [William] Fitzsimmons reached out to him to offer explanation on his comments? I would say from what I’ve seen yes, he didn’t justify his comments, he apologized profusely for his comments, he reached out to Harvard’s Office of Diversity and Inclusion.

I would say that Harvard after they first reached out to him after learning of his comments, they should’ve just revoked his admission because it doesn’t seem like Harvard had any intention of not revoking his admission. So why put him through the paces of explaining his comments?

There is irony in the fact that Harvard University, which has a history of racism and a history of anti-Semitism — for many years they used quotas to limit the number of Jewish students at their school — is now saying that there is no room for forgiveness. His comments, make no mistake, were reprehensible, but Harvard is in many ways saying that there is no room for students to change and to grow.

Is this becoming more common today with the increased prevalence of social media?

Just two years ago, Harvard revoked the admission of I believe 10 students who were caught using racial and homophobic language on a Facebook page. [In 2017, the university rescinded the admissions of at least 10 teens for having sent sexually explicit and racist comments and memes in a private Facebook chat.]

So Harvard has set precedence for this; other schools have set precedence as well. Whenever any selective university sends an offer of admission, there is always language in there that their conduct has to remain exceptional, and if they come across any information that contradicts that conduct, then they have right to rescind that admission.

A lot of folks have suggested that Harvard re-examined his application because of his conservative stances, but his personal statement was all about supporting the Second Amendment. Harvard may have many liberal professors and while its admission officers may be liberal, Harvard, like any highly selective school, wants diversity of thought. And that includes conservative kids, too.

Would a different school have acted differently?

I don’t think so. My crystal ball suggests he’s not going to have any offers of admission when he reapplies.

I understand completely and I support why his admission was rescinded. I don’t support when Dean Fitzsimmons reached out to him [and] why it wasn’t just revoked. Why did they ask for his explanation when clearly it seems like he did everything right once they threatened to revoke his offer of admission? Why didn’t they just do it from the get-go?