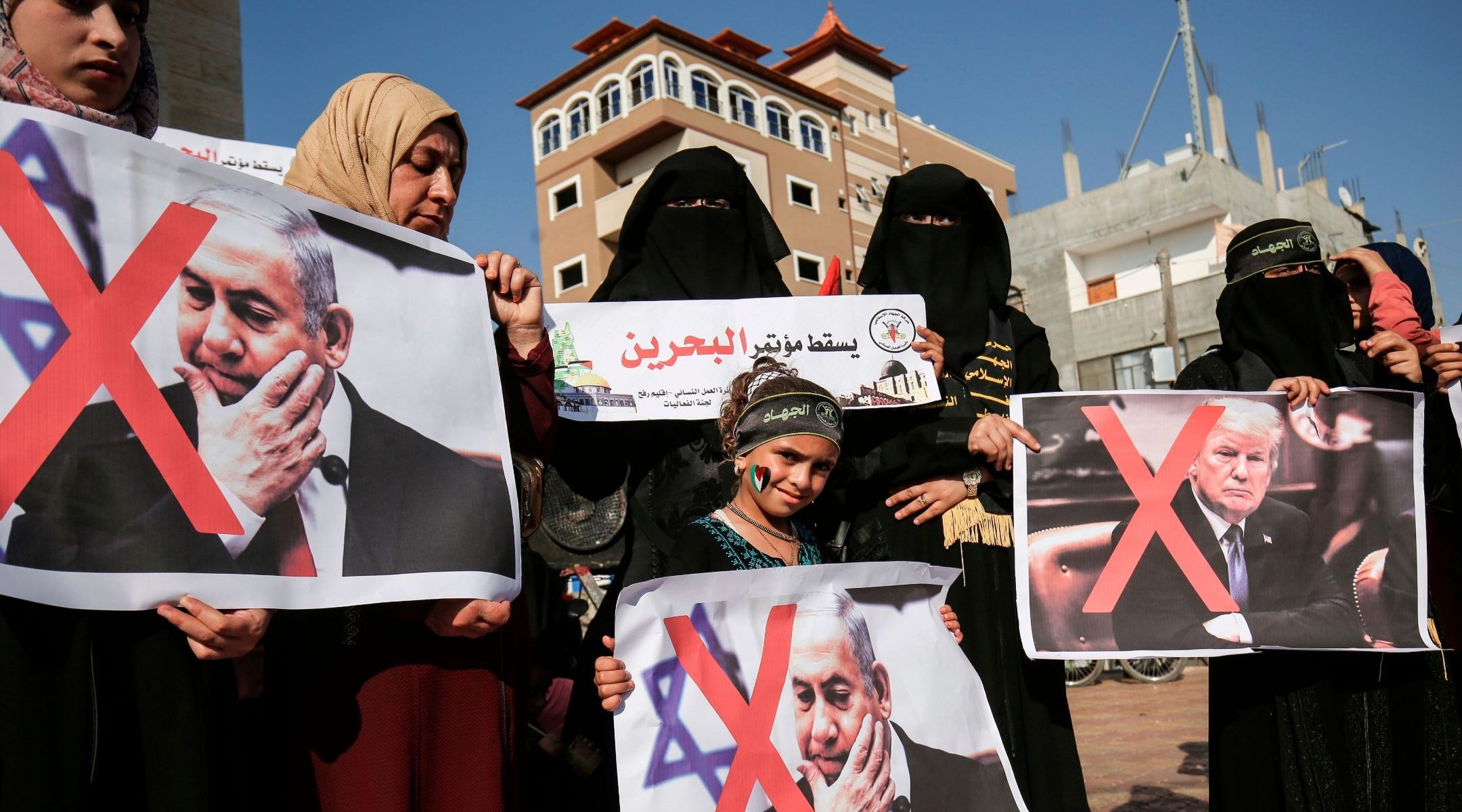 WASHINGTON (JTA) — The deal of the century is looking more and more like the coffee klatsch of next Wednesday.

The peace process team led by Jared Kushner, President Donald Trump’s son-in-law and key adviser, has sought to manage expectations ahead of the rollout next week in Bahrain of the economic portion of the peace deal they have been working on for two years.

Just over two years ago, Trump was calling it the “ultimate deal.” (It’s not clear who coined “deal of the century,” but it has become common usage, especially among Arab leaders.)

These days, according to Kushner, it’s a “vision,” not a deal; and next week is a “workshop,” not a summit. And neither Palestinian or Israeli officials are attending. There’s a single listed Palestinian businessman coming (others are boycotting) and Israeli businesspeople are in the “single digits,” according to reports. There is, on Wednesday morning, a “networking coffee break.”

Ben Caspit, a columnist for Maariv and Al Monitor, on Wednesday posted a copy of the June 25-26 program on Twitter and any skepticism that Kushner has faced until now … has not been put to rest.

Kushner and his team have been working for two years on a plan that they say is detailed. They have also said that the time is not right for its political segment — among other reasons because Israel is in constant elections mode, which is fair enough. But they have also suggested that its true innovation lies in its economic segment.

Yet there is little evidence that the meeting on Tuesday and Wednesday will reveal a plan. In fact, the sessions, featuring the kinds of experts who tend to join panels at foreign policy conventions, suggest that Kushner, is, well, looking for ideas. The first session Wednesday morning, titled “Unleashing Economic Potential,” is described as for “Global business leaders and investors” on “how we can revive economic activity and generate sustainable growth.”

Here are some other questions arising out of the program:

What about the deal?

The one session that Kushner will address is a “conversation” with Tony Blair “determining the best path towards achieving prosperity in the West Bank, Gaza and the region.” “Determining?” Does that mean Kushner isn’t quite there yet?

From 2008 to 2015, the former British prime minister was the point man for the “road map” toward a two-state solution launched by his friend, former President George W. Bush. Kushner elsewhere has derided the idea of two states. Is Blair there as a concession to the old approach? Or has Kushner chosen him as a foil, much as he did last month when he sparred on stage with Robert Satloff, the director of the Washington Institute for Near East Policy, treating Satloff’s talk about prior peace frameworks as “history” and saying that the “old way hasn’t really worked.”

What exactly was the point of alienating the Palestinian Authority?

Much of the agenda discusses scenarios that require infrastructure in place if only to transition to the more efficient economic system Kushner advocates. That infrastructure currently is the Palestinian Authority, for better or worse. Kushner and his team clearly think it’s for worse and have ended all U.S. funding for the Palestinians, deriding the P.A. in public statements as corrupt and ineffectual. The P.A., not too surprisingly, is not attending.

One session, “New Foundations for Growth,” says “we must focus on strengthening public institutions, government process, and the legal and regulatory environment.” Which public institutions? Which government? How does Kushner get the Palestinian Authority back in? Or does he want it replaced? How?

Kushner reportedly has been seeking a $50 billion to $70 billion buy-in from Gulf states and businesspeople to advance his mysterious plan. The final session, moderated by Steve Mnuchin, the U.S. Treasury secretary, is called “A Conversation with Ministers of Finance,” but only one is listed — of the host country, Bahrain.

And what about Gaza?

The Gaza Strip, which is in the most dire need of infrastructure development, is run by Hamas, a terrorist group under U.S. sanction and reviled by much of the Sunni Arab world. The single most vexing issue bedeviling any deal since Hamas took over the strip in 2006 is reconciling its pariah status with working toward a workable outcome. How does that figure in economic policy?