John Bolton arrives for meetings in Israel amid US-Iran tension 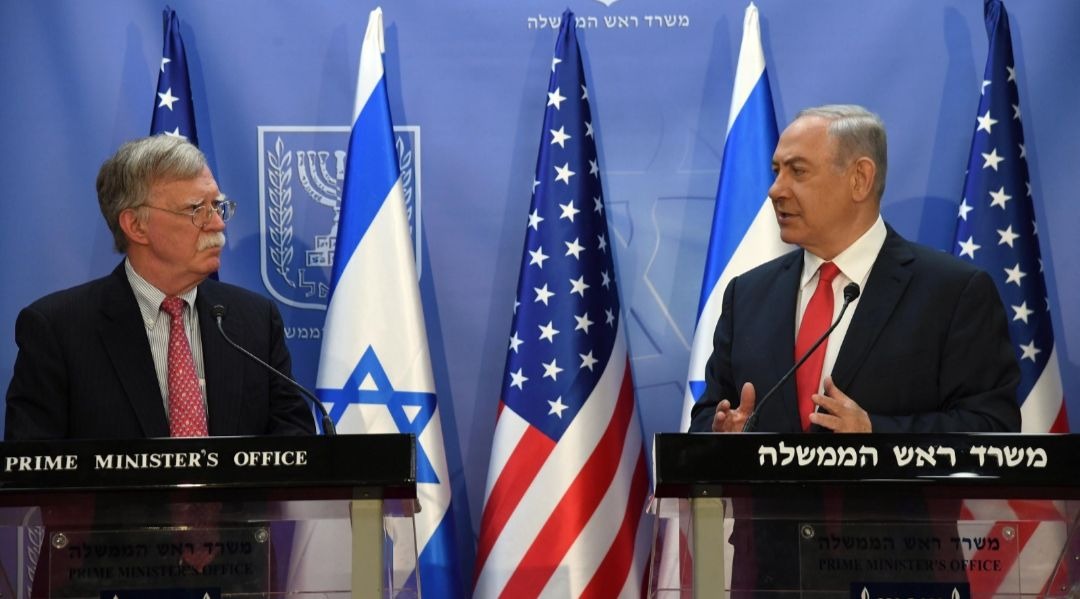 Bolton told reporters prior to a meeting Sunday with Netanyahu that Iran should not view President Donald Trump’s decision to not strike Iranian targets as a show of weakness.

After Iran’s downing of an American drone late last week, Trump said that he was “cocked and loaded” to retaliate.

“Neither Iran nor any other hostile actor should mistake U.S. prudence and discretion for weakness. No one has granted them a hunting license in the Middle East,” Bolton said.

Trump said in a tweet that he cancelled the retaliatory attacks a half hour before they were set to begin after learning that some 150 Iranian civilians could be killed in the airstrikes.

Bolton’s visit coincides with a meeting scheduled for Tuesday of the national security advisers of the United States, Israel and Russia.

“As we meet, threats to international peace and security in the Middle East and around the world are on the rise,” Bolton said.

Additional U.S. sanctions on Iran are expected to be announced on Monday, Bolton said. The United States withdrew from the nuclear deal signed in 2015 among Iran and the world powers.

Netanyahu said that an Israeli presence must be able to remain in the Jordan Valley under any peace agreement “for Israel’s security and for the security of all.”

“I just think it’s too bad, Prime Minister, that more Americans can’t come to locations like this, see the geography, understand its significance, understand how it affects Israel’s critical security position, and explain why Israel has taken the view that it has,” Bolton said.

He added: “I can assure you that President Trump will take the concerns that you have voiced so clearly over the years very much into account as we go forward on this.”

Netanyahu also slammed the Palestinians for rejecting the Trump administration’s peace plan before it is even made public.

“In general, I would say that we’ll hear the American proposition, hear it fairly and with openness. I cannot understand how the Palestinians, before they even heard the plan rejected it outright. That’s not the way to proceed,” he said.