James Caan’s latest character: A Jew who moves to Israel to become a pig farmer 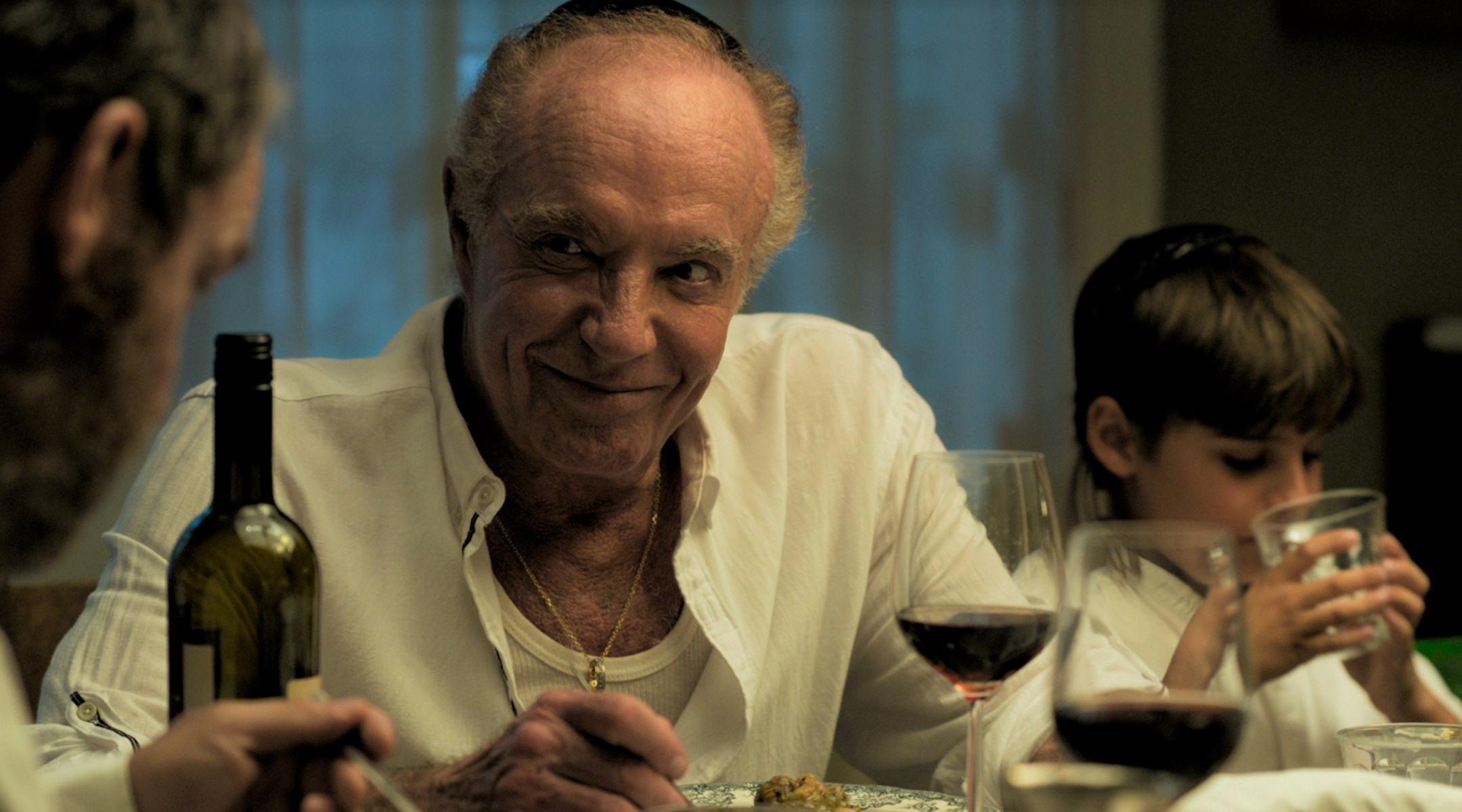 In "Holy Lands," James Caan plays a secular American Jew who moves to Israel to escape the drama of his family -- and to raise pigs. (Cinedigm)
Advertisement

(JTA) — “Raising pigs in Israel? Couldn’t you play golf like everyone else?”

That’s a quote that doubles well as the concept behind the movie “Holy Lands,” which stars Hollywood veteran James Caan as a relatively secular American Jew turned Israeli pig farmer.

The film, directed by the French filmmaker Amanda Sthers and adapted from her own novel, stars the now 79-year-old Jewish actor as Harry Rosenmerck, a retired cardiologist who chooses the unlikely late-in-life path of raising pigs in Nazareth.

The unconventional retirement plan is soon revealed as a way of running away from his family. His ex-wife (played by Rosanna Arquette) is dying, their gay son (Jonathan Rhys Meyers) writes thinly veiled stage plays about his fraught relationship with his dad and his daughter (Israeli actress Efrat Dor) is aimless in life, even as she reaches her early 30s.

While attempting to navigate those family dynamics from across the ocean, Harry unsurprisingly runs into several obstacles. Religious factions, including Muslim and Eastern Orthodox groups, object to the pig farm – pork, of course, is forbidden in Jewish and Muslim law. He later butts heads with a local rabbi (English actor Tom Hollander), although they eventually form something of an odd couple.

Meanwhile, back in New York, Arquette’s character, also Jewish, copes with her devastating health news while also enjoying an affair with her doctor.

“I love the idea of the family, even though they’re a fractured family,” Arquette, who is Jewish, told the Jewish Telegraphic Agency. 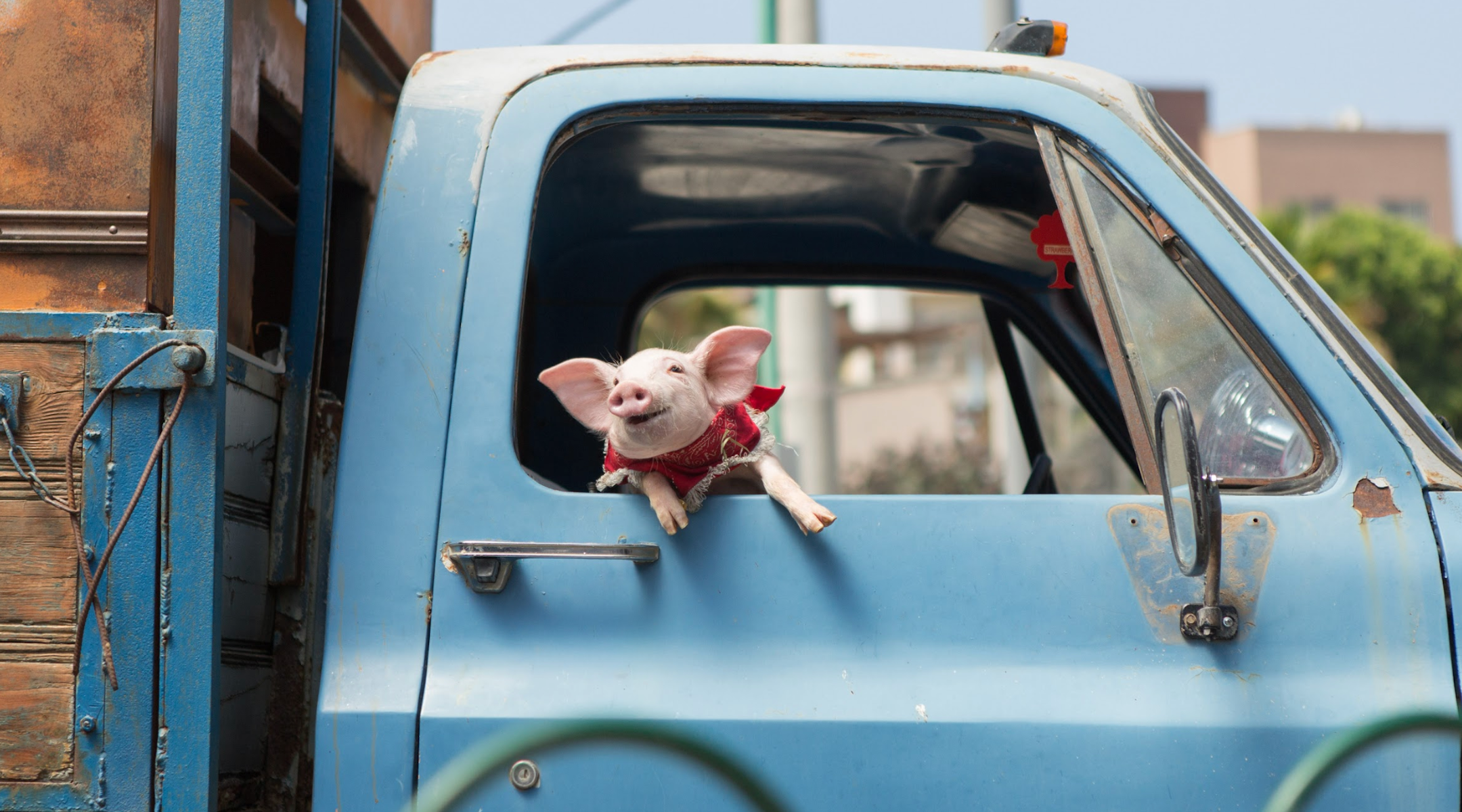 The pigs are not just cute — they are symbolic of the unkosherness of Caan’s character. (Cinedigm)

Critics haven’t echoed Arquette’s enthusiasm for the film that opened Friday, calling it “unwieldy” and “misjudged.” One deemed it “mishegoss” — a Yiddish term meaning the result of foolishness.

While Caan’s part of the film was shot on location in Israel, Arquette filmed her scenes in Belgium, which stood in for Manhattan. However, the 59-year-old actress happened to visit Israel at about the time the movie was being filmed to celebrate her husband’s birthday.

Among the many Jews in Hollywood, Arquette has a Jewish identity that is especially unique. Her late mother, known as Mardi, was raised Jewish. Her father, Lewis Arquette, was a French-Canadian, and both parents converted to Islam when the actress was a child, leaving the kids to be raised “in all religions.” However, Mardi decided near her death that she wanted to be buried as a Jew.

Arquette identifies as Jewish and her husband, investment counselor Todd Morgan, is Jewish as well. As for her various famous siblings — including the actors Patricia, David and the late Alexis — Arquette said they don’t particularly put labels on their religious identities.

“I think everybody just values and honors the way we were raised,” she said. 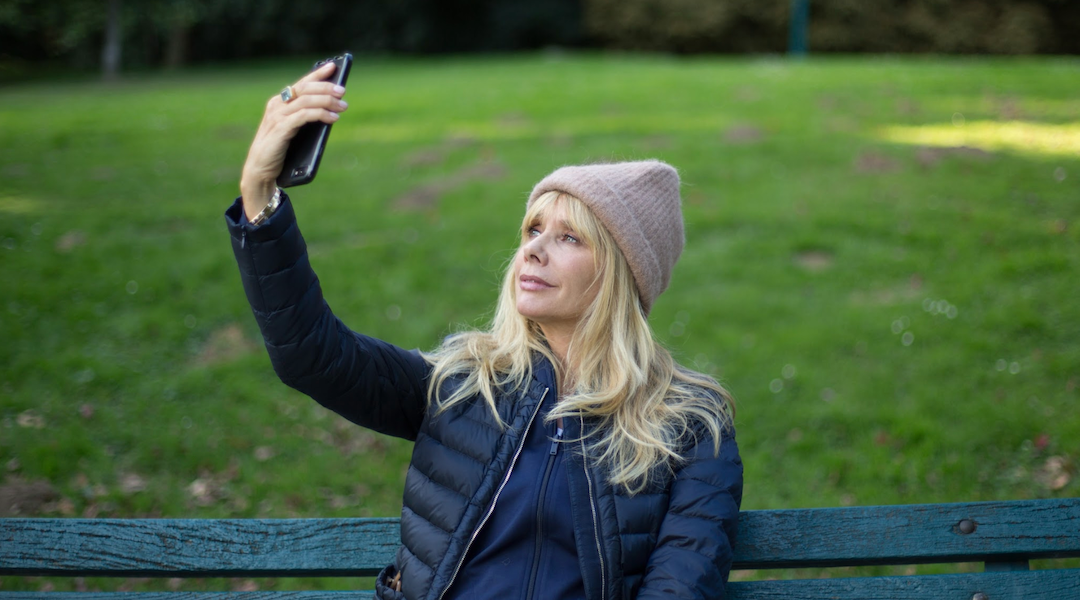 Rosanna Arquette plays the protagonist’s dying ex-wife who is having an affair with her doctor. (Cinedigm)

Caan’s most famous screen role may have been that of the Italian-American Sonny Corleone in “The Godfather,” but he’s a certified member of the tribe. He even said in a 1998 interview that on multiple occasions over the years he’s had to turn down offers of Italian-American of the Year awards by telling organizations “you don’t understand, I’m a German Jew.”

“We can get a kick out of each other, even though we come from different sides politically,” the liberal Arquette said of the conservative Caan.

Arquette has often been outspoken about political matters, and her Twitter feed is usually filled with sentiments critical of President Donald Trump. She also criticized the organizers of the national Women’s March last year for anti-Semitic sentiments.

Additionally, Arquette was among the first actresses to come forward about Harvey Weinstein’s sexual misconduct, telling The New Yorker in 2017 that she rejected the mogul’s advances in the early 1990s. She said Weinstein subsequently retaliated in a way that she believes hurt her career.

Efrat Doer was born in Omer, in southern Israel, although she plays an American in “Holy Lands.” Even Tom Hollander, the film’s rabbi, had a father who was a Czech Jew, although he later converted and was raised Catholic.

The best parts of the film, as many critics have echoed, come when Caan chats with one of his many pigs. Why pigs exactly?

Sthers told NPR in January that they serve as a kind of “provocation to God.”