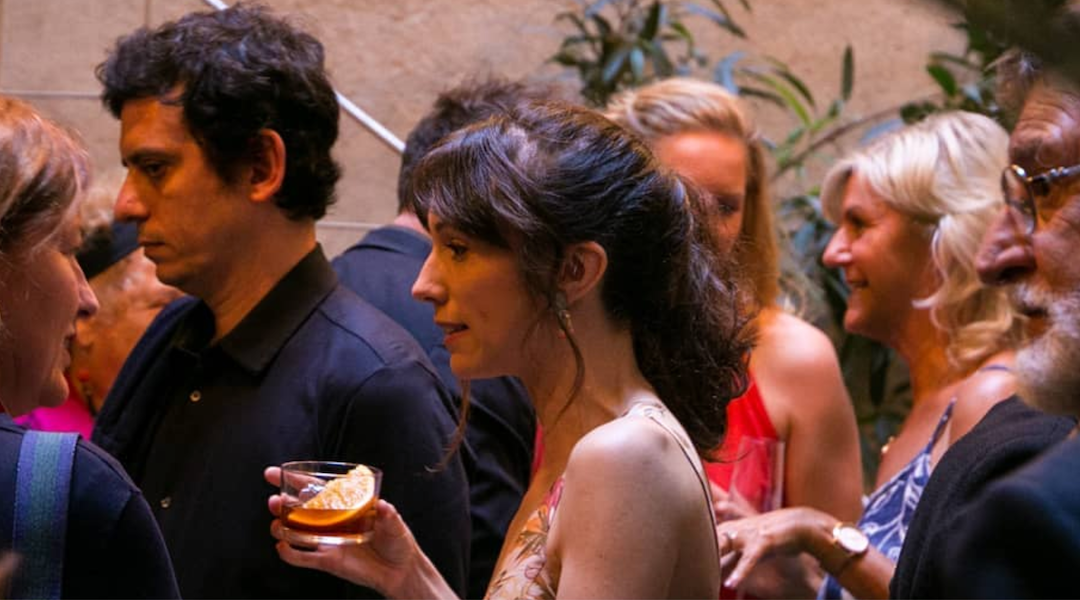 BARCELONA, Spain (JTA) — Tucked away in one of the narrow streets of this city’s El Call neighborhood, a former Jewish ghetto that these days house upscale shops and restaurants, sits the oldest residential house in Barcelona — a nondescript white stone building full of history.

The house was owned originally by Astruch Adret, a Jewish businessman who was forced to sell the property and convert to Catholicism in 1391, when Jews were savagely murdered after being accused of causing the Black Plague. Over the years it had been a funeral parlor, “music house” and, for a time during the last century, a brothel.

Casa Adret has become a torchbearer for contemporary Jewish identity in a city that is facing obstacles as it seeks to restore its Jewish heritage. Graffiti swastikas show up in the news, and there was an active neo-Nazi bookstore until recently. Following the jihadist attacks in the Catalonia region in 2017, the community’s chief rabbi encouraged local Jews to buy property in Israel, saying Jewish life in Barcelona was “doomed.” 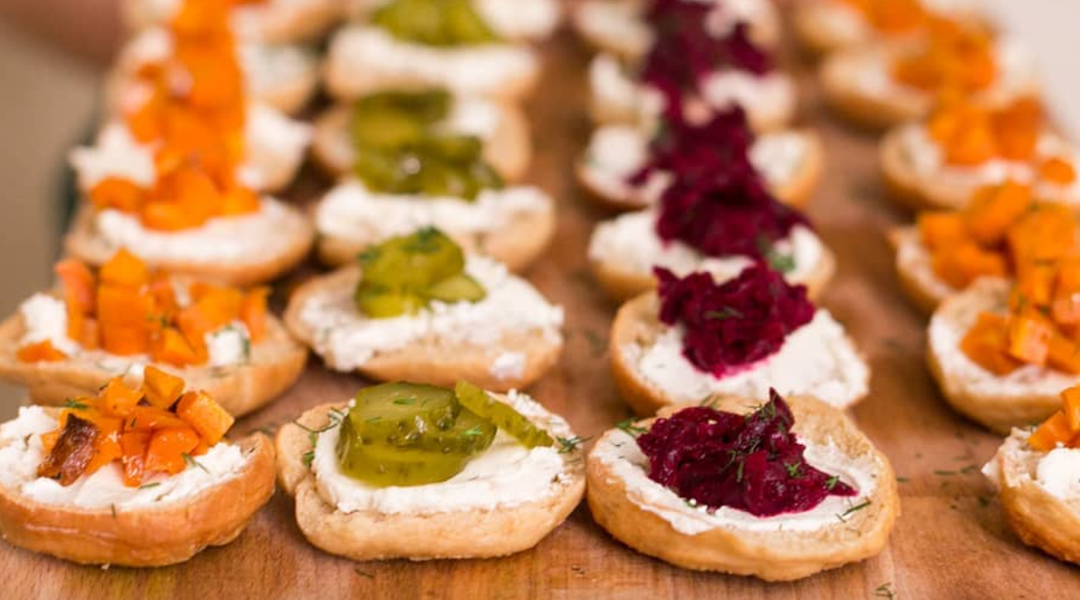 One of Mozaika’s most popular programs is Toldot, which connects a mostly non-Jewish crowd with foods from across the Jewish Diaspora. (Toldot/Instagram)

The founders of Mozaika, all in their late 30s, faced another challenge: Most of the organized Jewish communal life in Barcelona is Orthodox-focused, but they targeted a more diverse group of Jews. Non-Jews, too.

“When we started this whole project, we wanted to break away from inward-centered slant of the community press and talk to a wider, non-Jewish audience. No one was doing this at the time,” said Victor Sorensen, a political scientist and one of the five founding members of the project.

Sorensen, born in Venezuela in 1982 to a Norwegian father and Mexican mother, moved to Barcelona when he was 4 years old. He attended a tiny Jewish school that had about 10 students per class, and then a public high school.

Moving into a non-Jewish educational setting, he experienced culture shock.

“Most of my classmates had never met a Jew in their lives, they didn’t know what being a Jew was and were filled with very old, Catholic stereotypes,” Sorensen said.

Following a trip to Israel in the early 2000s, Sorensen became active in Atid, a small Reform community here founded in the 1970s by Argentine Jews. At Barcelona University, he studied political science and Semitic and Arabic philology, and became involved in the leadership of the Atid community.

At the same time, he sought a more independent and unaffiliated voice. So in 2009, Sorensen and five fellow Jews started organizing salons and came up with the idea of a self-published publication that would speak to a young, non-Jewish crowd.

“We wanted to deal with sensitive topics, like the role of Jews in the Catalonian nationalist movement or the status of Jews under the Franco regime,” Sorensen said.

The outward focus did not fit in well with most of the institutionalized community.

According to founding member Manuel Valentin, a historian specializing in Jewish persecution in Barcelona during and after the Spanish Civil War, Jews in Spain have kept a historically low profile, especially during the end of the 20th century, largely because of scars left from Franco’s authoritarian reign. 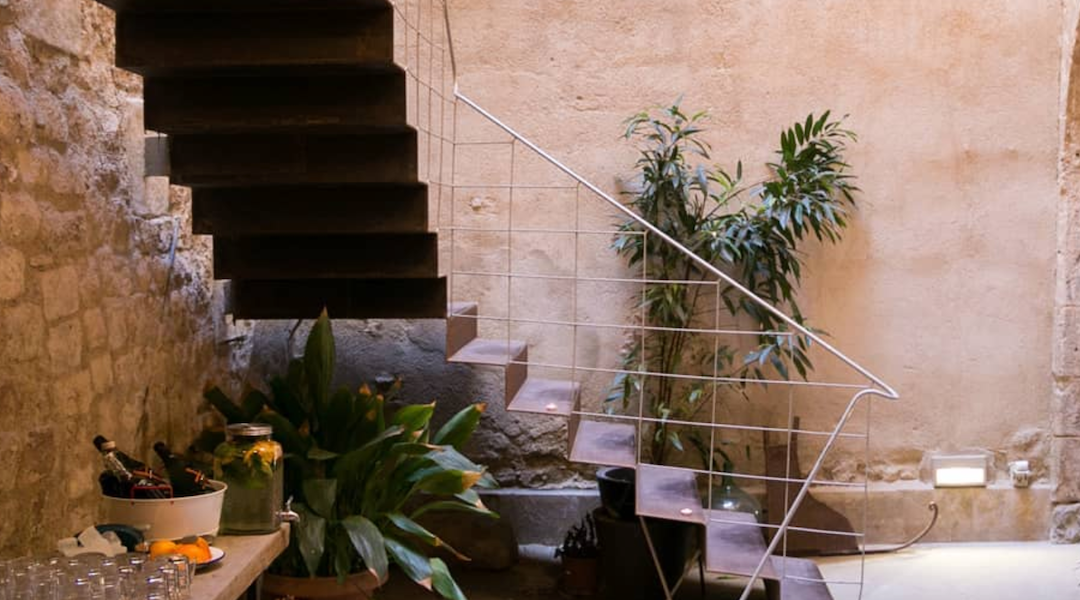 A view of part of the interior of Casa Adret, which also holds events on its rooftop. (Toldot/Instagram)

“All synagogues and Jewish centers were closed between 1939 and 1949,” Valentin, a genealogy buff who has traced his family’s Crypto-Jewish past, said in the 700-year-old house’s slick renovated kitchen. “And after that, the country was run by a hyper-Catholic regime which, although outwardly open to Jews and Israel — Franco wanted to get close to the United States after World War II — drew its inspiration from Italian fascism. So Jews lacked a voice in public life.”

As a direct challenge to this silence, one of the collective’s first actions was to plaster massive posters with faces of Jewish victims of the civil war throughout Barcelona’s streets.

The first edition of the magazine was low quality and published in small numbers (no more than 100 copies), but over the years — with the help of private donors and some funding from the city of Barcelona — Mozaika turned into a unique editorial operation. One of its editions is a 500-page tome called “Erets Catalunya,” which recounts Barcelona’s Jewish history from the third to the 21st century. Each regular issue contains personal and historical essays, poems, artistic photographs and reported articles.

The project also branched out into other cultural undertakings, all under the Mozaika brand. Their members organize Sefer, the only Jewish book festival in Barcelona, and run Salaam Shalom, an initiative seeking to establish interfaith dialogue with the city’s Muslim community — a controversial undertaking after the 2017 Las Ramblas attack.

But its most successful program is Toldot, which invites participants into private kitchens to taste food from the Jewish Diaspora and mostly attracts an international, non-Jewish crowd.

One of the group’s founders, a Mexican Jew of Syrian descent named Monica Buzali, also experienced a shock when she moved to Barcelona to study history.

“Back in Mexico I had no problem stating publicly that I’m Jewish,” she said, “but in Barcelona I’ve found that people keep it to themselves.”

According to Buzali (who is married to Valentin), for the non-Jewish crowd, a Jew is a “mythic creature.” But food, she said, can be a way to bridge that gap and create an intimate and safe setting to talk about heritage.

At first, most of these initiatives had no fixed venue and took place in different parts of the city. But in 2017, Sorensen met a well-known economist who worked as a council member in the Catalonian government (who did not want to share his name). The economist had been living with his family in the Adret house and was moving out. He offered it to Mozaika as a space for a fraction of its real rent. 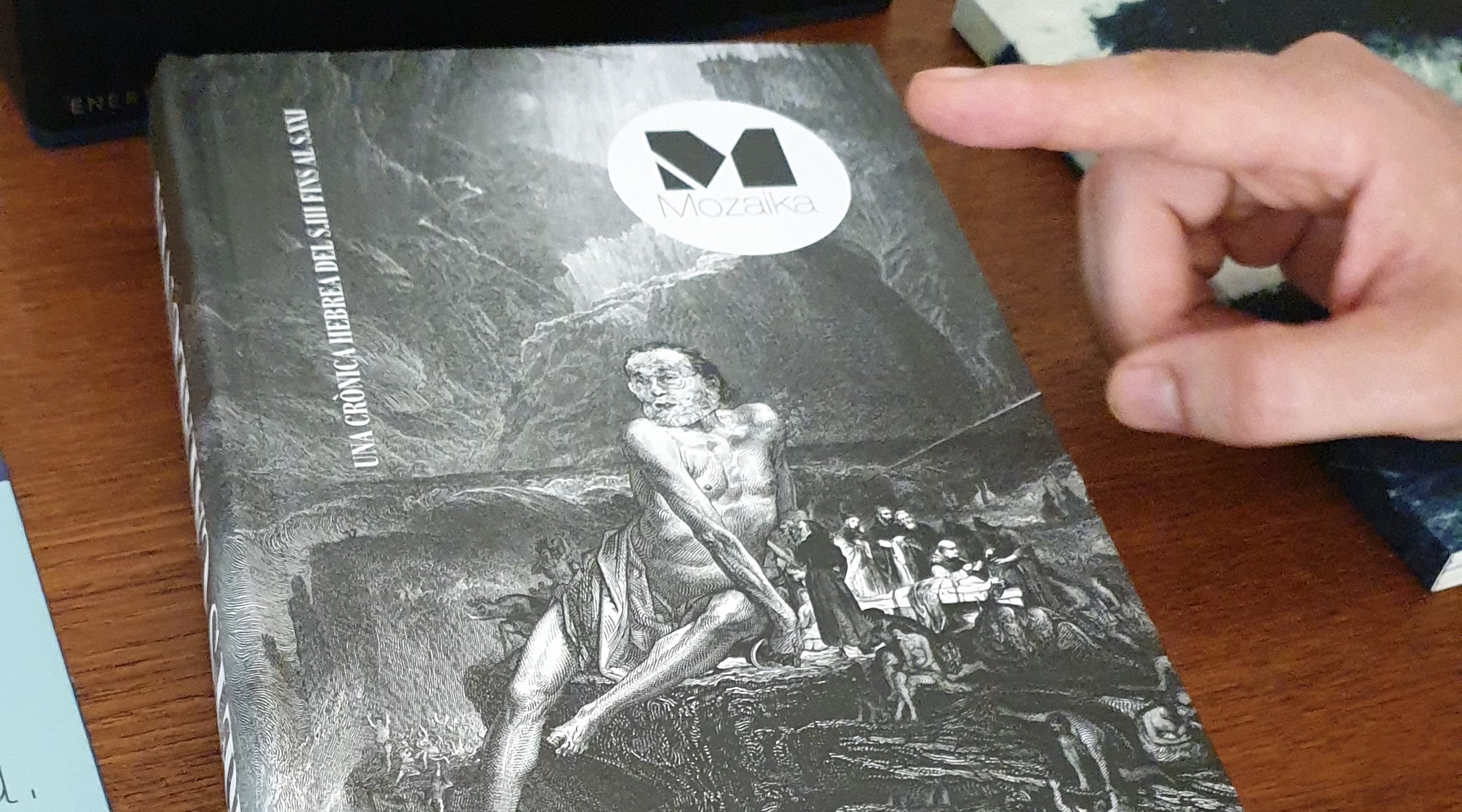 Mozaika publishes all kinds of essays, criticism and reported pieces that aim to disseminate Jewish culture in Barcelona. (Alan Grabinsky)

This is how, in January 2018, Casa Adret opened to the public. Since then it has hosted two to three events a week, including some controversial talks, for example by SISO (Save Israel, Stop the Occupation) representatives and others by Jews who are sympathizers of the Catalonian independence movement.

Today Mozaika stands out in the Spanish-language Jewish media for its literary bent and chic design. And its members also are involved in European-wide Jewish initiatives: Buzali is involved with a food-sharing program in Holland called “Oy Vey,” and Sorensen and Valentin work full time on the board of the European Association for the Preservation and Promotion of Jewish Heritage and Culture.

In the end, their goal is to bring Jewish identity out in the open.

“What we have in Barcelona is an identity issue,” Valentin said. “If you keep your identity private and hidden, it’s like it doesn’t exist. We are not ashamed to be Jewish. We are here to stay.”