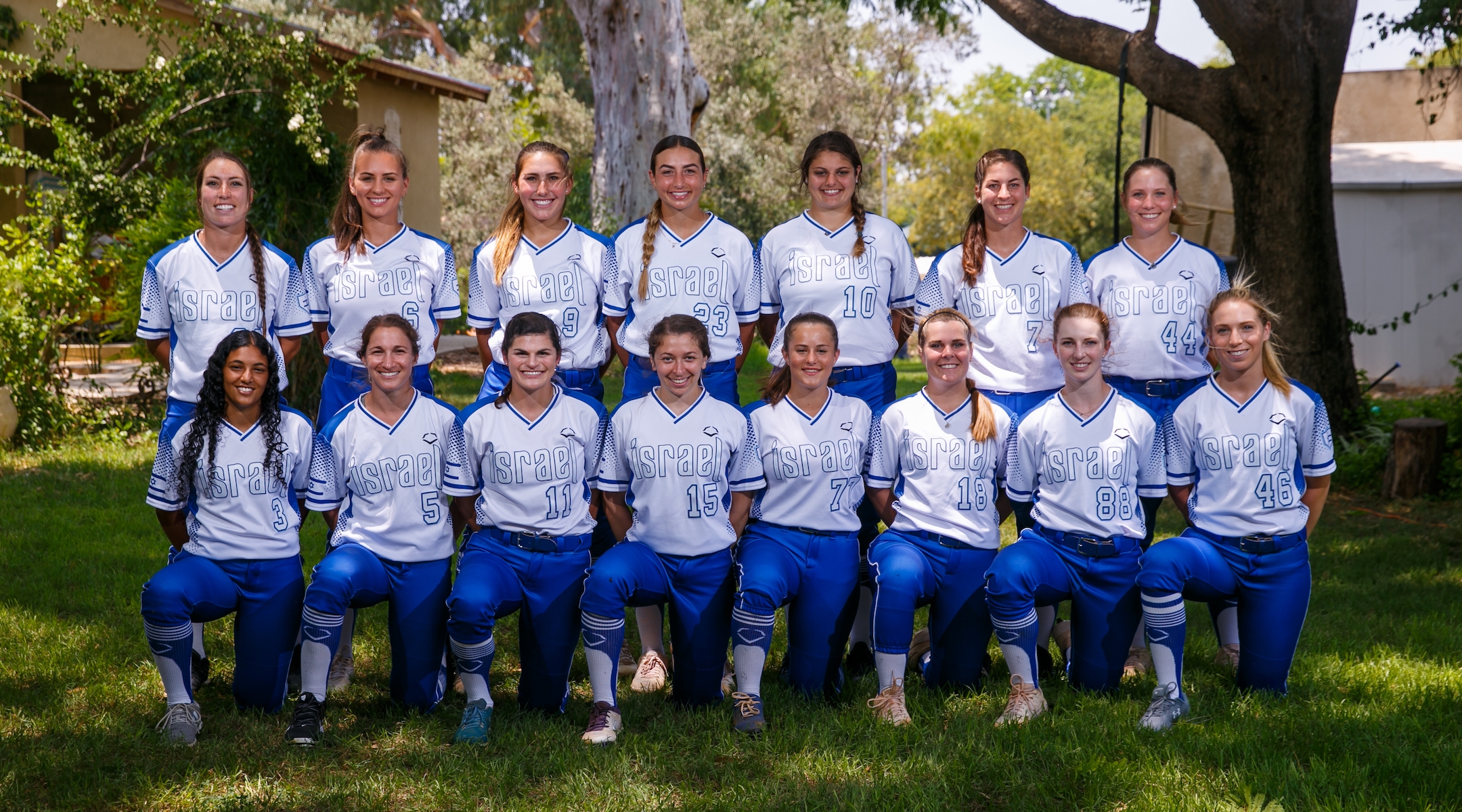 Thirteen U.S. Jewish college students and recent graduates are playing for Israel in the hopes of making the Olympics. (Courtesy of the Israeli Softball Association)
Advertisement

JERUSALEM (JTA) — The Israeli Softball Association wants to take its women’s team to the 2020 Olympics, and it is counting on some Jewish American talent to get it there.

Thirteen U.S. Jewish college students and recent graduates arrived in Israel at the beginning of the month to train as part of the 15-member national women’s softball team ahead of next week’s European Championships in the Czech Republic.

Two of them have Israeli parents and are already Israeli citizens. Last week the other 11 women, who each have at least one Jewish parent, requested Israeli citizenship and received their official national identity cards. The other two team members were culled from the Israeli junior softball league.

Tamara Statman of Phoenix, Arizona, graduated last month from the University of Arizona, where she pitched for the NCAA Division 1 Arizona Wildcats.

She told the Jewish Telegraphic Agency on Thursday, hours before departing Israel for the Czech Republic, that it did not take too much to convince her to come to Israel to train with the national team, though she will return to the United States in the fall to start a job at a radio station (using her minor in sports management and communications). 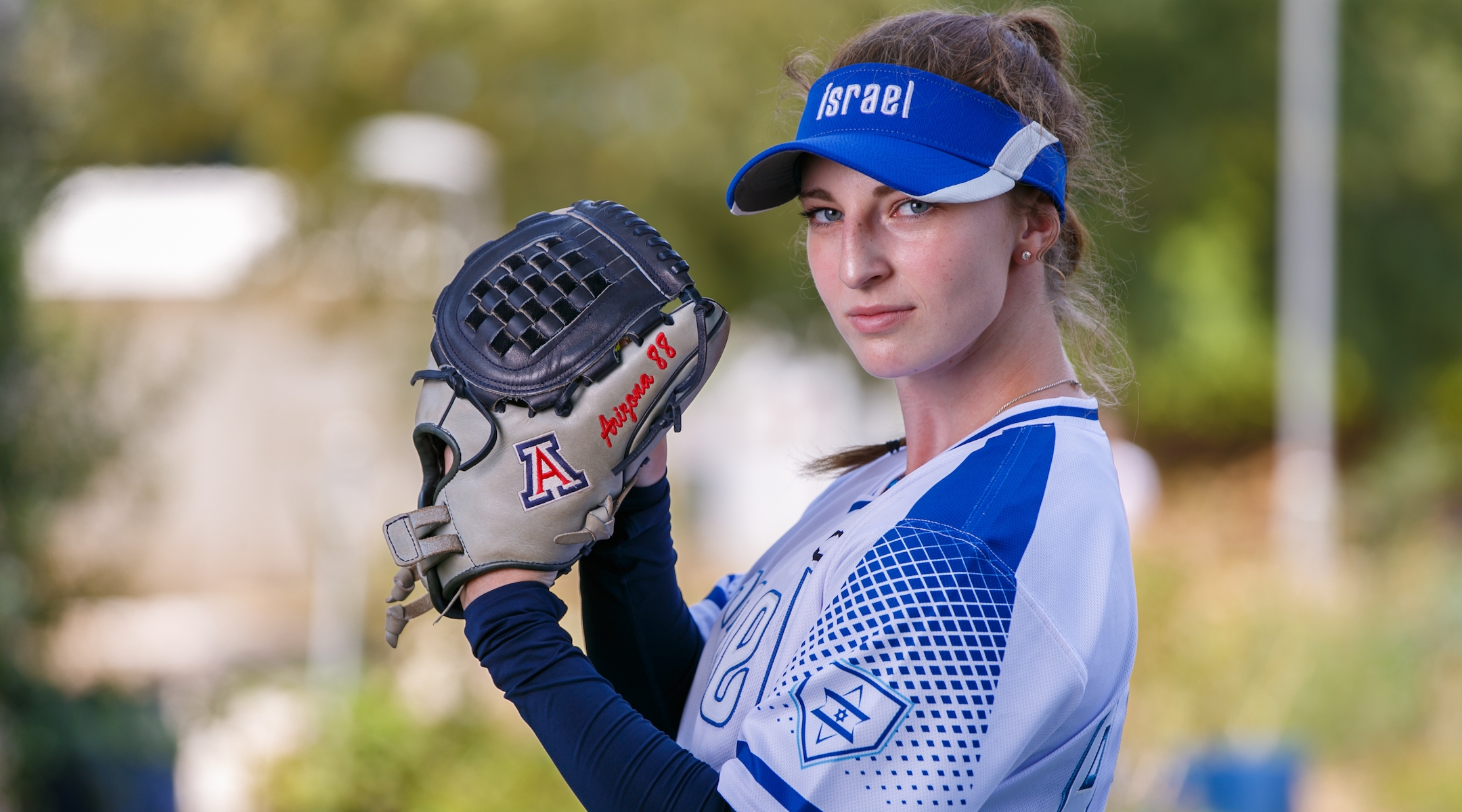 Tamara Statman thinks the team has a good chance of making the Olympics. (Courtesy of the Israeli Softball Assocation)

Statman visited Israel for the first time for the 2017 Maccabiah Games, playing on the U.S. Women’s Softball team. She said that she hopes to return in the future “for a more extended time and to help develop softball out here.”

The team has traveled around the country, including practicing with girls’ softball teams in the north and center of the country. Statman said she enjoyed meeting older players who have spent years practicing the sport.

“They are playing because the absolutely love the sport” and not for college scholarships, she marveled.

And, she said, “You don’t have to speak the same language to play the same sport.”

Statman said that through practicing and traveling together the team has really “meshed together.” In fact, Statman knew several of the players from the Maccabiah team, from her high school and from university. Three of the coaches came from Arizona State. The team includes players from CAA Division 1 teams including Stanford, Northwestern and Indiana.

“I think our chances are really good,” she added.

This year’s European Championships are the start of the road to the 2020 Tokyo Olympic Games. The top six European teams earn the right to go to the WBSC Europe/Africa Softball Qualifying Event, which will be held next month in Utrecht, Netherlands, where they will also face the top two African teams and compete for one Olympic berth.

Twenty-three teams will compete in the European Championships, which begin on June 30. In the first three days of the tournament Israel is scheduled to play Ukraine, Turkey, Austria, Spain and Italy.

The Tokyo Olympics will be the first time since 2008 that softball has made an appearance in the Olympic Games, which is why Israel has jumped to build a “dream team,” Israeli Softball Association President Ami Baran told JTA.

Baran is counting on a good showing from the Israel team so that he can get government money to develop the program, which is currently run on a volunteer basis. The team must “show competitiveness” in order to secure government funds, he said. And government funds mean that the association can hire professional coaches and develop native talent.

Players on the Women’s Softball teams must be citizens of the country for which they are playing. Baran, who also serves as the Secretary-General of the European Softball Federation, said that several of the teams have packed their rosters with American players who are now dual citizens of those countries.

Baran knows that most of the women who are playing for Israel this summer will not make the country their permanent home. But he hopes a handful of them will be willing to continue to return to help develop the talent here.

He notes that they have already shown a commitment to Israeli softball: Each of the women raised her own money to come to Israel and join the team. They were assisted in fundraising by the Jewish National Fund.

Three of the team’s coaches, all from the University of Arizona, also paid their own way to volunteer to help out Team Israel.

Baran calls this year’s qualifiers and this year’s Team Israel “the chance of a lifetime.”

He points out that there will not be softball at the 2024 Olympics in Paris but that there very likely will be at the 2028 Olympics in Los Angeles, which gives him nearly a decade to develop some local talent. But it all begins next week in the Czech Republic.