Julian Edelman gets his own Showtime documentary 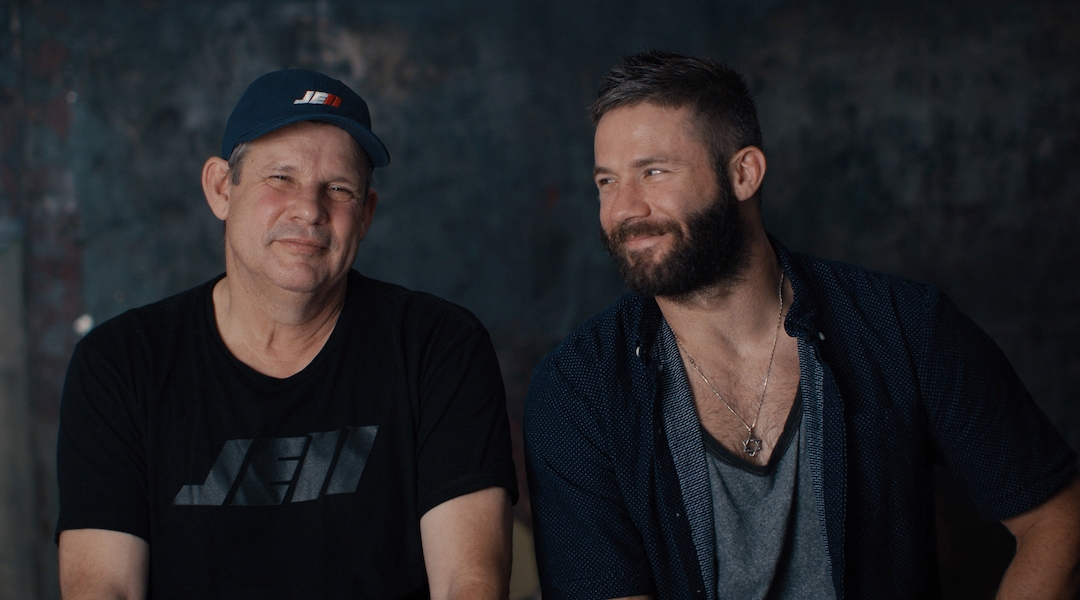 Julian Edelman, right, wearing a Star of David necklace, with his dad Frank in the Showtime documentary "100%." Julian said his dad forced him to practice so much as a kid that it became abusive. (Showtime)
Advertisement

(JTA) — Showtime is airing a documentary on New England Patriots star Julian Edelman that’s so good that New York Giants fans might even enjoy it.

For the uninitiated, Edelman is a member of three Super Bowl winning teams and the only Jew ever named the big game’s MVP. Raised Christian — only his paternal great-grandfather was Jewish — he has strongly identified as a member of the tribe in recent years. He voiced support for victims of the Pittsburgh synagogue shooting, and wore the hashtag #strongerthanhate on his cleats in a game against the Steelers last December. He has visited Israel with Patriots owner Robert Kraft and pointed to his Jewish heritage on social media.

For much of the time he is interviewed on screen in the documentary, he wears a visible Star of David necklace, and the narrator refers to him at one point as a “short Jewish guy.” But the film doesn’t get into Edelman’s Jewish identity.

The documentary, which is titled “100% Julian Edelman” and debuts Friday at 9 p.m. Eastern time, instead focuses mostly on the potentially career-ending ACL tear Edelman suffered in 2017, his fight to return to the field and his subsequent suspension for a few games in 2018 for using performance-enhancing drugs.

It also offers a window into Edelman’s family life. His Svengali-like father, Frank, took him outside every day after coming home from work and forced Edelman to practice.

Frank comes off as still a little too involved in his son’s story.

“We worked so hard to achieve, [coming back] from the ACL tear to our suspension,” he says.