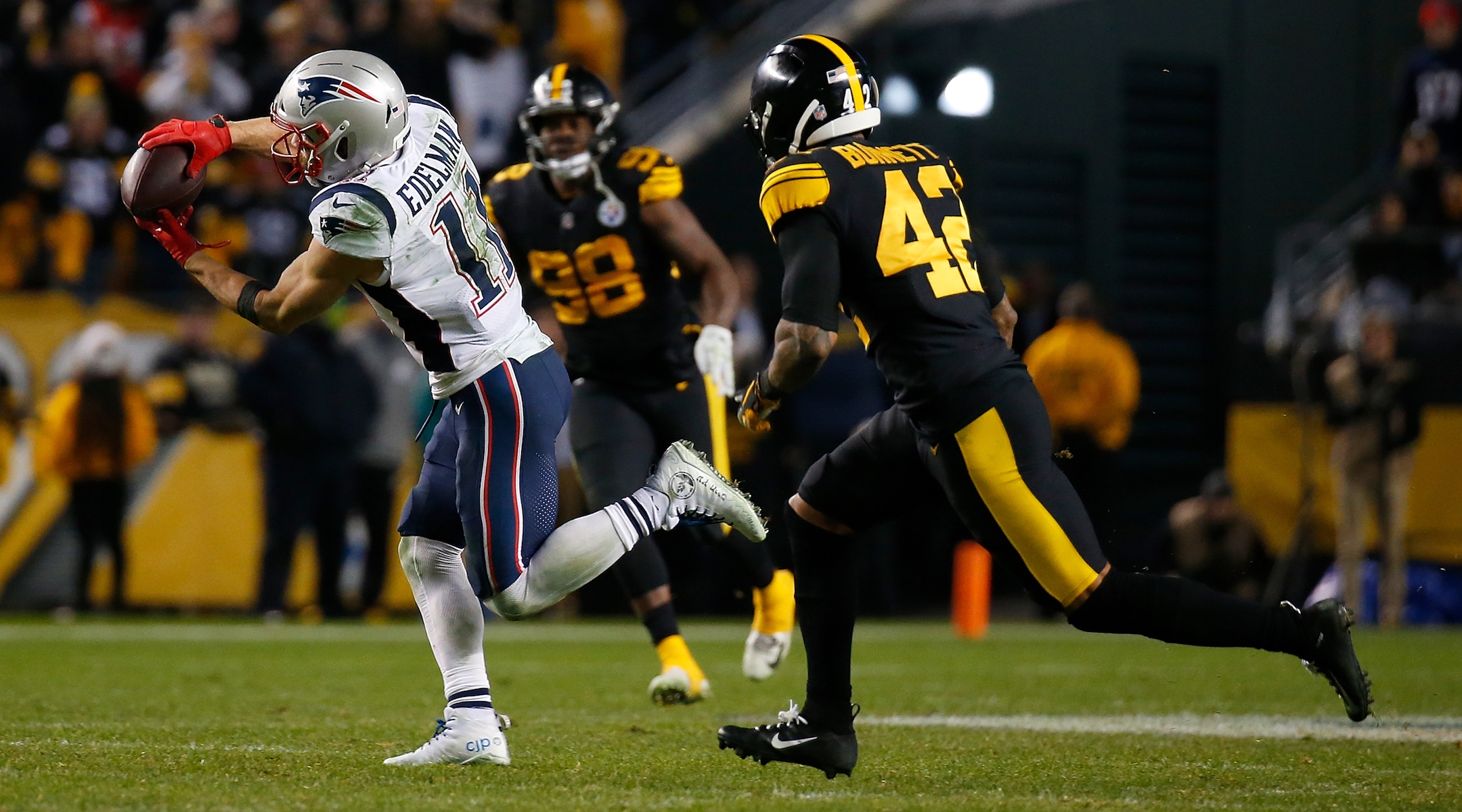 Julian Edelman wears cleats with Hebrew on them to honor the victims of the Pittsburgh synagogue shooting, Dec. 16, 2018. (Justin K. Aller/Getty Images)
Advertisement

(JTA) — New England Patriots wide receiver Julian Edelman wore special cleats in honor of the victims of the shooting attack on a Pittsburgh synagogue during a game against the Pittsburgh Steelers.

As he showed in a tweet, Edelman’s cleats bore the words “The Tree of Life” written in Hebrew, the logo of the Tree of Life Or L’Simcha Congregation — the synagogue targeted in the mass shooting in October — and an Israeli flag, with the hashtag #strongerthanhate.

His tweet also listed in alphabetical order the 11 victims of the Oct. 27 attack.

The cleats were sponsored by the Combined Jewish Philanthropies of Boston.

Edelman’s father is Jewish and he has come out in support of the Jewish community in the past.

“My heart is broken for the families in Pittsburgh,” Edelman tweeted in October following the shooting. “It’s hard to even imagine such senselessness. As a Jew, an American and a human, I’m devastated. We are with you, Pittsburgh.”

Patriots owner Robert Kraft travelled to Pittsburgh on Saturday ahead of his team’s game against the Steelers to visit the Tree of Life synagogue building and attend Shabbat services.

The Steelers snapped a three-game losing streak and beat their division rivals on Sunday in Pittsburgh by a score of 17-10.