A California gamer who called himself ‘Adolf Hitler (((6 Million)))’ threatened to kill Jews. Then he was let out on bail. 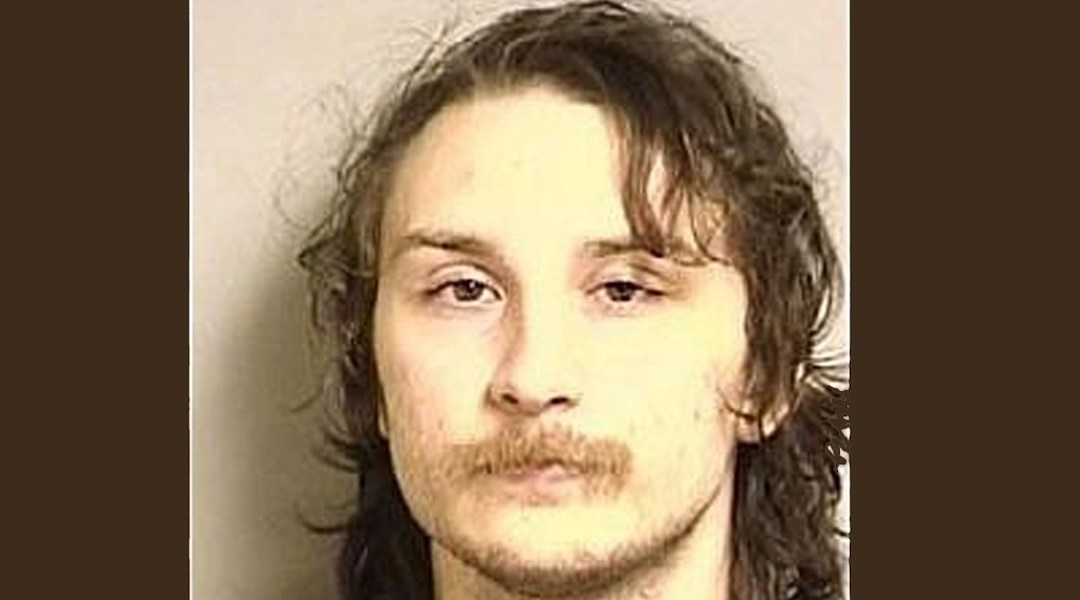 Ross Farca, 23, of Concord, California is fighting a restraining order preventing him from handling guns after being arrested for threatening to kill Jews online. (J. The Jewish News of Northern California)
Advertisement

SAN FRANCISCO (J. The Jewish News of Northern California via JTA) — A 23-year-old East Bay man who threatened on a gaming website to murder “over 30” Jews and police officers wants his gun back.

Ross Farca of Concord, California returned to court this week to contest a restraining order that would extend a prohibition on his possession of firearms.

Farca was released on bail days after his arrest on June 10. The move shocked the local Jewish community: According to a police investigation, Farca professed admiration for the Poway and Christchurch shooters, assembled his own AR-15-style assault weapon, and on a gaming website detailed a plan to mow down “clusterf***s of Kikes.”

Jewish Vocational Service, based in downtown San Francisco, circulated an email with Farca’s mugshot, warning recipients to contact police if they saw him. One congregation hired a professional guard for Shabbat services on June 21 and requested an increased police presence, according to a community-wide email.

A group of anxious parents and grandparents from the East Bay Jewish community who attended a preliminary hearing in Contra Costa County Superior Court in Martinez on Tuesday wanted to know why Farca was released on bail in the first place.

One father in the group described Farca as looking “creepy” and “disturbed.”

“I sat behind him in the courtroom while he was talking quietly with his lawyer,” said the individual, who wished to be identified only as a “concerned East Bay Jewish parent” out of fear of being targeted. “Reading about his boasts of body counts, I thought — this man wants to kill my son.”

The father told J. that while exiting the building, Farca approached one of the grandmothers in the group, looked her in the eye and said, “I hope it goes well for you.”

“Then he walked away,” the parent said. “What did he mean by that? It was very bizarre.”

According to the county bail schedule, standards for being held without bail are quite high and include crimes such as aggravated murder and possession of a deadly weapon by a prison inmate.

“Under the law, he’s allowed to make bail,” said Scott Alonso, a spokesperson for the Contra Costa County District Attorney’s office. “It’s a very high burden to ask a judge to keep a defendant in custody on no bail.”

Still, Alonso said, “the charges in this case were very serious.” He said as part of the conditions of Farca’s release — in addition to a prohibition on handling firearms — he is subject to search and seizure by police “any time day or night.”

Farca’s bail was initially set at $225,000 and approved by Judge Anita Santos on June 12; $100,000 was allocated each for the charges of manufacturing an assault weapon and possessing an illegal assault weapon, and $25,000 for making criminal threats.

But in a hearing the following day, presided by Judge David Goldstein, the bail amount was lowered by $100,000.

“Basically, they were alternative charges for the same gun,” Alonso said.

An emergency order that has kept guns away from Farca since his arrest expires on July 1. He appeared in court with a private attorney on June 26 to protest the new order, sought by the Concord Police Department, that would continue the prohibition through July 15.

Farca was arrested following a tip to the FBI that he made online threats to commit a mass shooting and boasted that he possessed an assault rifle, according to a court filing.

Farca used the screen name “Adolf Hitler (((6 million)))” on the video game site Steam to inveigh against Jews. He threatened an attack that would exceed the number of victims in the April 27 shooting at a synagogue in Poway, California, in which one woman died and three were injured. He said he would do so while “wearing a Nazi uniform” and livestream it, like the shooter who killed 51 people and injured 49 in March during two consecutive terrorist attacks at mosques in Christchurch, New Zealand. Farca said he would add “Nazi music.”

“I have a fully semi automatic weapon AR15 with multiple high capacity magazines,” Farca wrote in his tagline, according to police. “Wanna see a mas[s] shooting with a body count of over 30-subhumans?” He anticipated he could “probably get a body count of like 30 kikes and then like five police officers, because I would also decide to fight to the death.”

In a press release, police said a search warrant of Farca’s Concord home at the time of his arrest turned up an illegally assembled AR-15 semi-automatic rifle, several high-capacity magazines and “Nazi literature, camouflage clothing and a sword.” A Concord police officer later told J. that the literature included “some old-looking books” that appeared to be from the 1940s and “related to Hitler Youth.”

Farca was arrested and booked into Contra Costa County Jail on felony charges.

Farca did not stay in custody for long. On June 13, Judge Goldstein reduced the bail, according to court records. The following day, Farca posted bond through a bail bonds company, paying a 10 percent fee.

Rafael Brinner, director of Jewish Community Security with the S.F.-based Jewish Community Federation, said he was encouraged by how swiftly authorities arrested Farca after receiving a tip from the FBI, which “averted a developing threat.” Brinner also said authorities continue to be “focused on mitigating any threat [Farca] might pose” after his release.

Still, some in the community remain uneasy. Farca’s next scheduled court date for the criminal charges is July 30.

The group of parents and grandparents who attended the preliminary hearing got a chance afterward to speak with the prosecutor, Deputy District Attorney Rachel K. Piersig. One Jewish parent was in tears as she told Piersig that she had taken her daughter out of school because she was so afraid of what Farca might do.

“It was very difficult,” the concerned dad said about the scene on Tuesday. “There was a feeling of real helplessness watching this person walk free.”