I grew up Hasidic. I’m now a skeptic. I still believe in the Rebbe anyway. 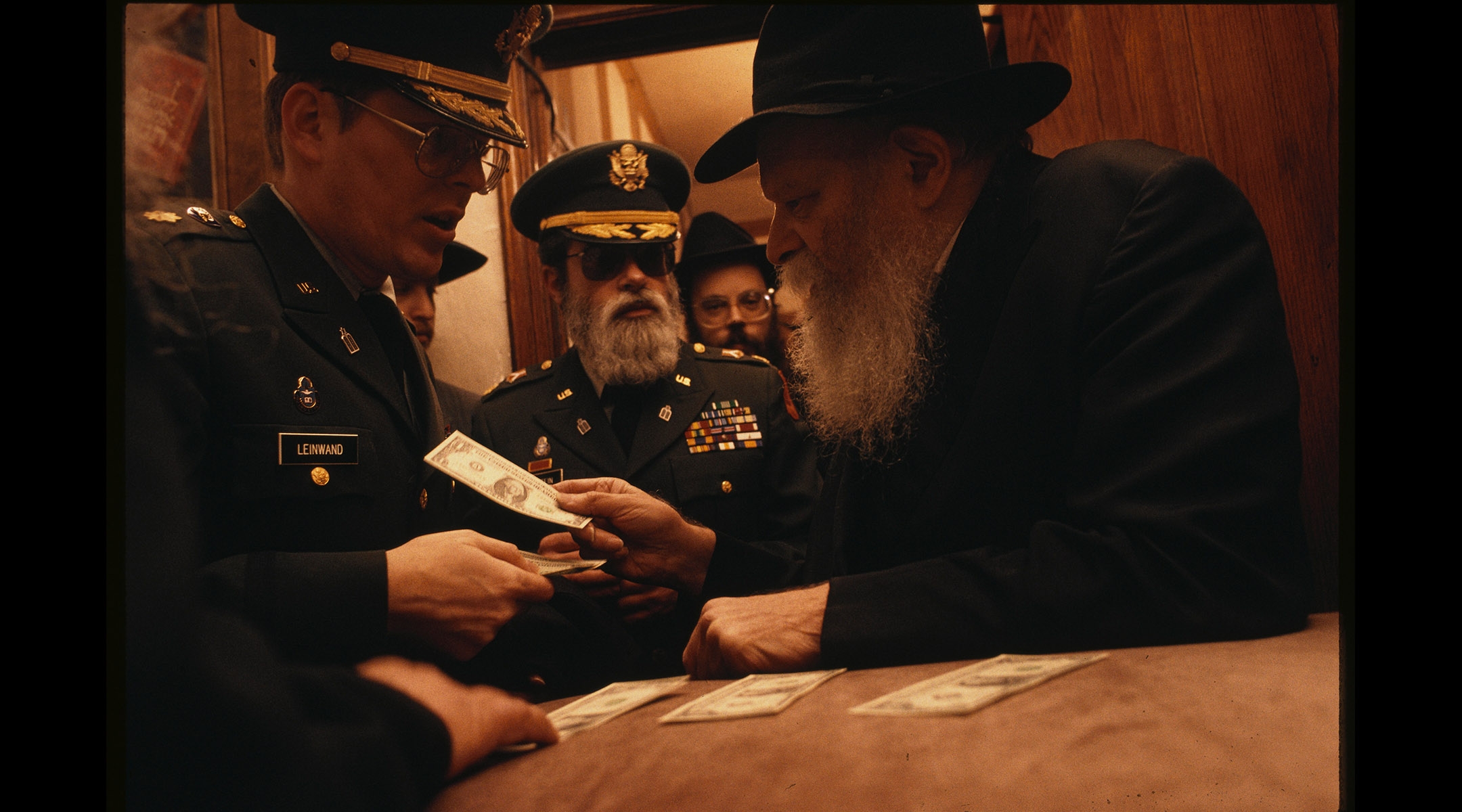 The Lubavitcher Rebbe, Menachem Mendel Schneerson, would offer blessings to visitors along with a dollar bill he urged them to give to charity. (Catherine Karnow/Getty Images)
Advertisement

JERUSALEM (JTA) – Growing up, everyone seemed to have a “Rebbe story.”

The Lubavitcher Rebbe was an outsized character. He led the Chabad-Lubavitch movement for over 40 years until his death in 1994 and changed the face of Judaism across the world. Some of my peers think he’s the savior, that we’re living in the messianic era and that he is still alive. Others still believe in his wondrous self while believing that he left this earth.

Others, like myself, don’t know how they feel about the man who passed before they were old enough to see him.

On Sundays, fans waited in line at 770 Eastern Parkway, Chabad headquarters in Brooklyn nestled in the Crown Heights neighborhood. They wanted to be gifted a dollar from the Rebbe and perhaps even a blessing.

That’s where the magic often happened: The Rebbe would wish confused couples mazel tov and, months later, they would learn they were expecting a child. He reversed depressing medical prognoses for non-Jewish strangers. He sent letters to Chabad emissaries across the globe, solving their internal conflicts that they never shared with anyone beyond their families. After graduating as a student in Berlin, well into his ascent to become leader of the Chabad movement, he stayed in touch with his former physics professor, Erwin Schrödinger. Not many rebbes stood in so many worlds at once.

Most of the time, I believe in these stories. But a part of me is disappointed that I do. Many of these tales are supernatural, existing beyond scientific facts. How can a rationalist like myself believe all these magical accounts?

At the moments when my doubt wins out, I am upset by my suspension of belief. Does being skeptical make me a heretic?

Those alive at the time are tethered to what they saw of the Rebbe with their own eyes. For us millennial followers who were too young to see or hear him, he only lives on in stories.

I grapple with these narratives because the whole religion of my childhood is built on tales. In elementary school, we traded playing cards in the all-boys yeshiva I attended. They weren’t of baseball or basketball stars – sports were for the gentiles. Instead, we had gedolim cards, pictures of famous bearded rabbis, both living and dead. Wizened old men (and only men) from Europe, Israel and New Jersey.

I was told stories about these people, about their near slavishness to Torah study and their pious lives. Even at 7 years old, I didn’t believe these stories. It was as if these people never had a bad day. They always did the right thing and had superhuman willpower.

As I read the versions of their biographies published by the Orthodox Jewish publishing house ArtScroll, I couldn’t help but roll my eyes — what nonsense.

So why is it that now, as an adult, I find myself believing magical stories about the Lubavitcher Rebbe? Am I becoming more naive? Am I a bad skeptic?

Despite my skepticism, I believe in and love the magic and prophetic powers of the late Rabbi Menachem Mendel Schneerson. But that belief and love has its limits.

The older I get, the less open I become, my openness to belief changing and ossifying into cynicism. But I mourn that loss of flexibility. I want to drink the Kool-Aid again. I grieve the missing warmth of an organized group of believers.

Last year, I went to the mystical Israeli town of Safed on a rainy winter day. It was just another tourist spot to visit, one with small shops and gross hostels. Out of breath from the high air, my hoodie weighed down from the wetness, I felt the magic and lightness of the supposedly sacred location. I felt carried by the invisible elements and the drops of spirituality.

But I was upset as the magic won over and I had a religious moment. How could I buy into this?

Months later, I returned seeking a similarly paranormal moment, that feeling that would carry me beyond science and rationality. But I felt nothing. And that loss stung.

My on-again, off-again relationship with Rebbe stories are similar. At times they give me solace. But when a Hasid opens the Igros — the collection of letters that followers sometimes use to seek answers to contemporary questions by opening to a random letter and hoping for an answer — I roll my eyes.

Other times, when I think about a letter the Rebbe wrote hinting about things to come that later came true, I feel relief that there were people on this earth who were a little bit more than mortal.

I’m learning how to balance my rationalism and mysticism, and reckoning with the roller coaster of emotions and thoughts that come with bouncing between these two directions.

But I also know that there are exceptions to every rule. I’m still grappling, unsure of the balance between devotion and betrayal to rationality. As we come to the 25th anniversary of his death, I have learned to celebrate the exceptions to the scientific rules, even if it’s at odds with popular disbelief.

The Chabad rebbe died 25 years ago. Here’s how his movement has survived.