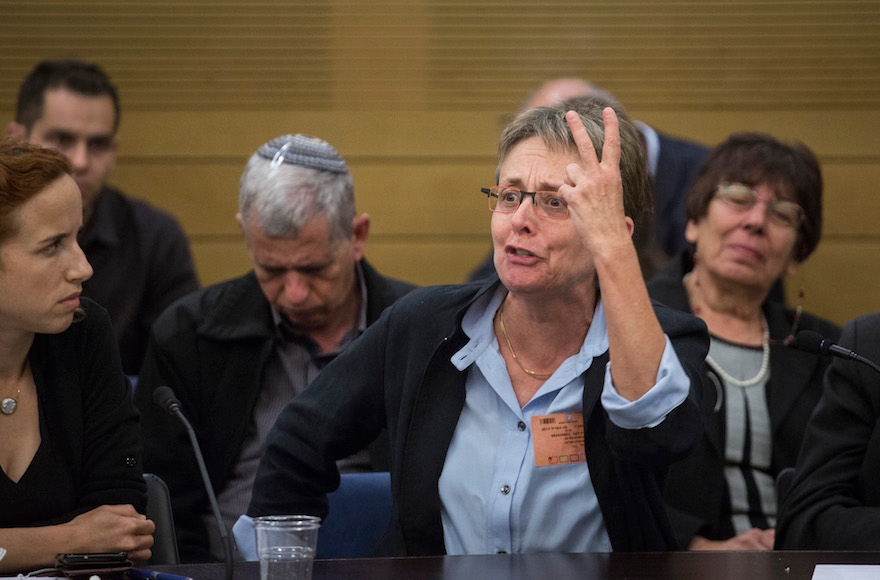 JERUSALEM (JTA) — It has been five years since Lt. Hadar Goldin was killed by Hamas terrorists and his body was dragged through a terror tunnel back into Gaza.

His family hasn’t given up hope of giving him him a “decent burial.”

Goldin was killed on Aug. 1, 2014, two hours into a cease-fire during Operation Protective Edge, the third Gaza war in six years. It started after the kidnapping and murder of three Israeli teens (which led to a massive search operation in the West Bank), the arrest of Palestinian leaders and the firing of hundreds of rockets from Gaza into Israeli territory by Hamas and its allies.

During almost two months of fighting, more than 2,000 Gazans were killed and some 10,000 were wounded. On the Israeli side, 67 Israeli soldiers, five Israeli civilians and one Thai national were killed, while hundreds more were injured.

Leah Goldin said the murder and abduction of her 23-year-old son was a violation of international humanitarian law since it took place during a cease-fire brokered by then-U.S. Secretary of State John Kerry and then-United Nations Secretary General Ban Ki-moon. Because of this, she says, “the international community bears some responsibility” for the return of her son.

Goldin spoke on Wednesday to international journalists to mark the five years since her son’s death and abduction. She noted that Hadar’s twin brother Tzur also was serving in Gaza during the 2014 war, commanding the rescue force that evacuated soldiers who had been wounded or killed. He got the call to rescue Hadar, but was called back when officials realized it was his brother.

Days after his body was abducted into Gaza, Hadar Goldin was declared dead by Brig.-Gen. Raffi Peretz, the Israel Defense Forces’s Chief Military Rabbi at the time. Peretz determined that the IDF had recovered enough of his remains to determine that he could not have survived.

Hamas also holds the body of soldier Shaul Oron, killed days before Hadar Goldin, as well as two Israeli citizens, one Ethiopian and one Bedouin, who entered Gaza and were captured.

“Clearly, they [Hamas] intend to use them as bargaining chips,” Goldin says.

Goldin said that Israel and the international community has to “change the equation” of exchanging dozens and sometimes hundreds of Palestinian prisoners for the bodies of Israeli soldiers and hostages.

She suggests withholding all but essential humanitarian aid, noting that “Gaza wouldn’t survive one day without international support.”

Goldin and her husband have visited the United Nations on many occasions in the last five years to ask for the international body’s help. She is pleased that the UN Security Council in June passed a resolution, 2474, which calls upon the sides in a conflict to return the remains of missing combatants, a move she calls significant.

She also called on Prime Minister Benjamin Netanyahu to do his part to return her son to her.

“As the prime minister and defense minister, he’s the one that sent Hadar to fight in Gaza, and he’s the one who’s responsible for every soldier, no matter his condition: alive, wounded or dead. This is the contract, the unwritten contract between Israel authorities and the families,” she said.

The Gaza War has not ended, Goldin said. She points to rockets fired at intervals from the coastal strip and the incendiary balloons released in Gaza that have set Israeli fields and forests on fire. And, she said, Operation Protective Edge will not officially end until the remains of her son and Shaul Oron are returned to Israel.

Goldin says that her family wants to “give Hadar a decent burial and to end our suffering.”