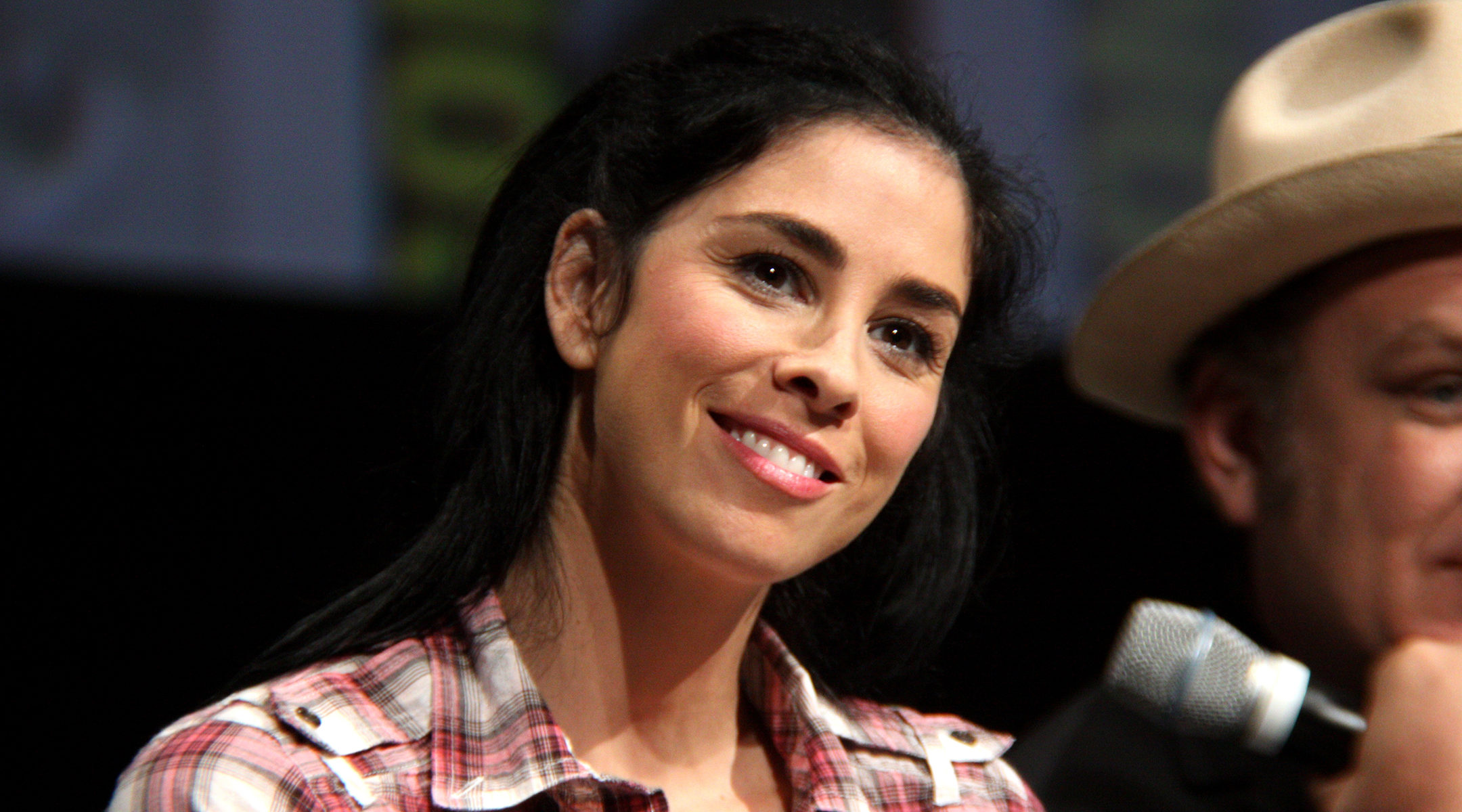 Sarah Silverman, shown in 2012, said of today's America: "Incitements of violence based on lies and the disingenuous re-framings of truth." (Gage Skidmore/Wikimedia Commons)
Advertisement

(JTA) — An extremist Christian pastor’s anti-Semitic rant in which he called for the death of Sarah Silverman has the Jewish comedian fearing for her life.

Silverman, a vocal supporter of numerous liberal causes, on Thursday posted a video on Twitter of the sermon and said, “This is Adam Fannin of the Stedfast Baptist Church in Florida and he is going to get me killed.”

In the video, Fannin says:

You know these Jewish false prophets, anti-Christian, anti-God, they’re willing to put Jesus to death again … You heard this comedian Sarah Silverman? … Listen, she is a witch. She is a Jezebel. She is a God-hating whore of Zionism. I hope that God breaks her teeth out and she dies. She is a wicked person and she is like the perfect representation of religious Judaism … She is Satan’s scoffer and she is there to take the world and make ’em laugh and then diss Jesus, try to take away the respect from Jesus.

It is not clear exactly when the clip dates from, though the background and pulpit look similar in style to Stedfast videos uploaded to YouTube in the second half of 2018, Newsweek wrote.

Later Thursday, Silverman posted a statement about the video:

Someone on the Right made a meme of a joke from Jesus Is Magic, a comedy special I did in character, and presented it as if I was saying it at a press conference. It’s a picture of me with the quote, ‘I’m glad the Jews killed Jesus. I’d do it again!’ And THAT is what triggered the pastor. So, the person who made the meme knew it was comedy and intentionally repurposed it as real, knowing it would influence a swath of people who see it and share it everyday. And that’s America today. Incitements of violence based on lies and the disingenuous re-framings of truth.

Travis Akers, a reverend who describes himself as a “progressive Baptist,” wrote on Twitter that he had filed a complaint with the Jacksonville Sheriff’s Office and the FBI about Fannin over the sermon about Silverman.

“An officer is going to be coming out as well to view the video for themselves, even though they could from the station, but it’s part of the formal filing process,” he said. “Additionally, I have provided them the church information as well.”