Rashida Tlaib gets OK to visit her grandmother in Israel, then decides against it 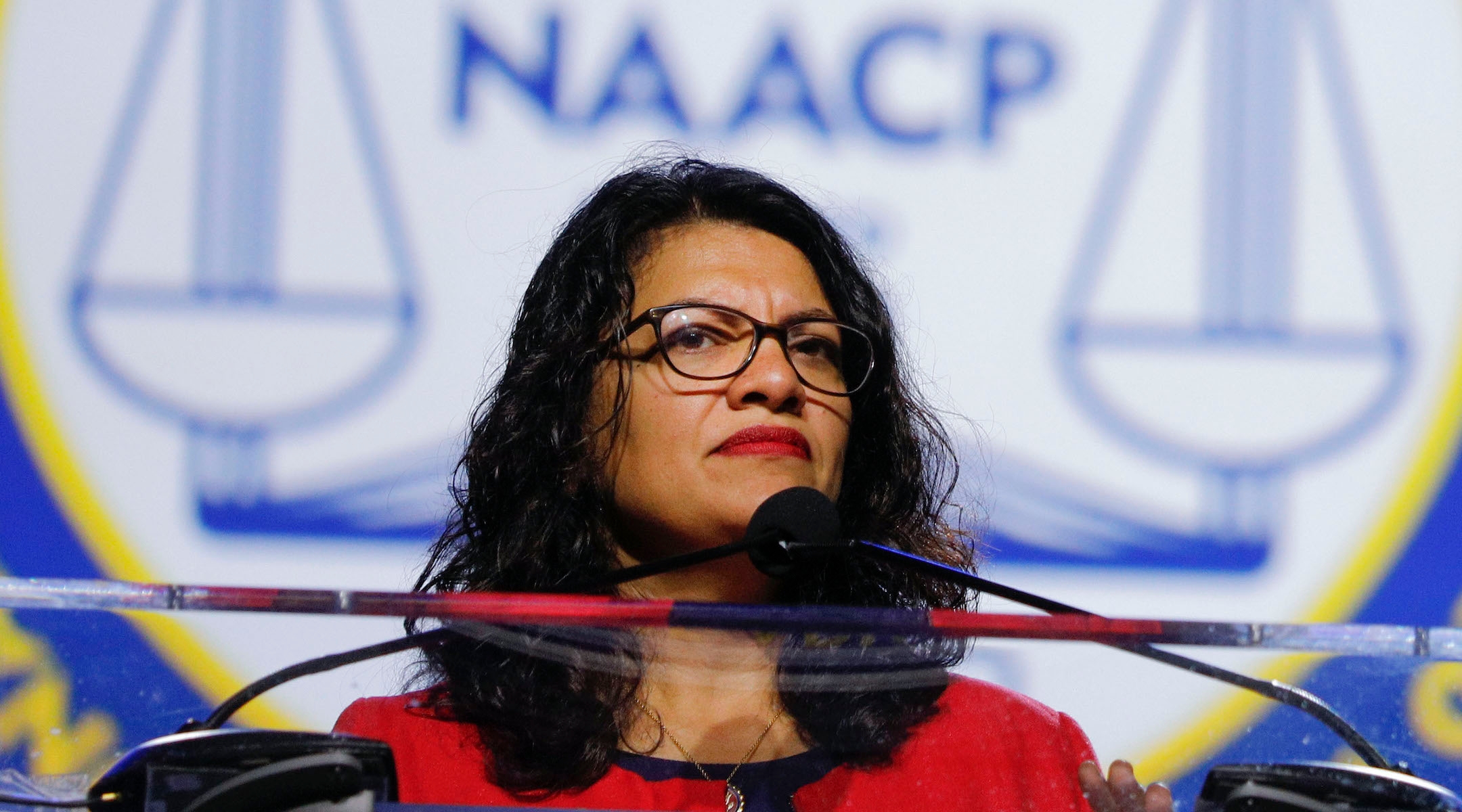 (JTA) — After being barred from entering Israel on Thursday, Rep. Rashida Tlaib submitted a humanitarian request to visit her aging grandmother in the West Bank, and Israel’s interior minister approved it.

But Tlaib changed her mind Friday morning, saying that in the end she could not enter Israel “under these oppressive conditions.”

“Silencing me & treating me like a criminal is not what she wants for me,” the Michigan Democrat tweeted. “It would kill a piece of me. I have decided that visiting my grandmother under these oppressive conditions stands against everything I believe in — fighting against racism, oppression & injustice,”

But Israel still allows humanitarian requests as exceptions to the law. In her request submitted Thursday, Tlaib had asked to visit the West Bank to see her grandmother, who is in her 90s, saying it could be her “last opportunity to see her.”

She promised not to promote the boycott movement against Israel while there.

“I will respect any restrictions and will not promote any boycotts against Israel during my visit,” she wrote.

Congresswoman @RashidaTlaib to Israeli ministry of interior: “I will respect any restrictions and will not promote boycotts against Israel during my visit”
The request is most likely to be approved and the congresswoman will arrive on Sunday morning. pic.twitter.com/trcDynrKjz

Omar, who likened Israel’s decision to bar her to President Donald Trump’s travel ban against specific predominantly Muslim countries, will still not be allowed to visit.