Orthodox yeshivas are not swindling public funds. Far from it. 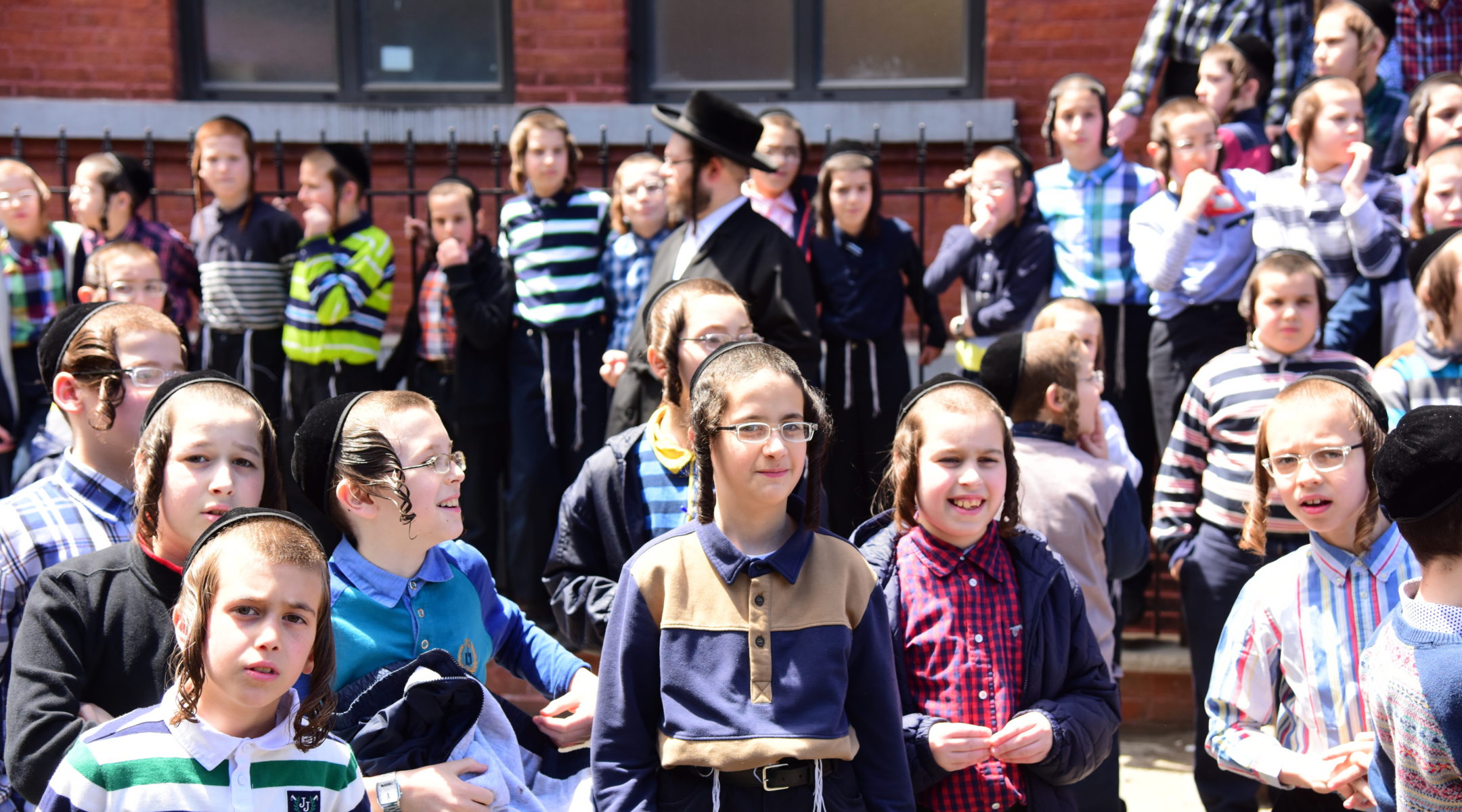 Yeshiva students gather outside school in Brooklyn. Recently proposed New York State guidelines would significantly increase the oversight that the state has over the curriculum of all private schools. (Andy Katz/Pacific Press/LightRocket via Getty Images)
Advertisement

NEW YORK (JTA) — Yeshivas unapologetically emphasize religious and ethical instruction. A small number of such schools have been accused of falling short in their secular studies departments. Last November, in response to a campaign by a group of disgruntled former yeshiva students, the New York State Department of Education announced sweeping guidelines, oversight and control over the curricula of all private schools.

This controversial decision is part of a coordinated attack on yeshivas that holds them responsible for all that ails a troubled public school system — a system that often performs less well than the Jewish schools themselves.

A recent example of that attack appeared in the Forward. Susan Lerner and Ester Fuchs, executive director of Common Cause/NY and professor of international and public affairs and political science at Columbia, respectively, wrote in an op-ed that “[f]or decades, yeshivas have received millions – if not hundreds of millions – of tax dollars from New York State lawmakers for transportation, security, lunch, textbooks, and even academic intervention services. Some yeshivas cover as much as two-thirds of their budget with public funds.”

The last sentence, presented without evidence or citation, is ridiculous. The ones preceding it are astonishingly misleading.

All New York students, even those in yeshivas and other non-public schools, are no less entitled to security, textbooks and special education services than their public school counterparts. But look only, if you will, at the numbers, and it becomes clear that far from bilking public funds, most private schools receive only minimal funding from the state.

New York state’s enacted $176 billion budget for 2019-20 allocates $27.9 billion in total school aid. The funds directed to the state’s 1,800 non-public schools (among them yeshivas, Catholic schools and other private institutions both religious and secular), which educate over 400,000 elementary and secondary students, amount to some $320 million. The bulk of those funds are reimbursements for state-mandated requirements, like attendance and certain student record keeping. The state, of course, has every responsibility to underwrite the costs of mandates that the schools carry out on its behalf.

An evenhanded analysis might strip out costs for reimbursing non-public schools for mandated services it provides to the state and security for all children, which comprise the overwhelming majority of non-public school “aid.” But even inclusive of these categories, the state spends (aside from transportation) approximately $800 per non-public school student.

By contrast, according to U.S. Census data, the cost per New York public school pupil in 2017, the most recent year available, was $23,091.The per-pupil cost in New York City was thousands more. Current spending is likely even higher.

Thus, less the non-public school cost, it is estimated that for every student who attends private school, taxpayers save approximately $22,291 statewide; and for New York City, $24,399 per student. The New York state yeshiva system alone saves taxpayers billions annually.

That’s a lot of Benjamins, as Rep. Ilhan Omar might say.

Parents of yeshiva students pay the same taxes as public school student parents and all citizens. In most other states, there are tax credits or deductions to at least marginally offset private school tuition payments. New York offers private school parents no such relief.

The issue of yeshivas and public funds has emerged as a sideshow to the controversy over New York state’s mandate that private schools provide their students with a secular education that is “substantially equivalent” to that of state public schools.

The move was challenged by the vast majority of private schools and, in April, the State Supreme Court ruled in their favor. Undaunted, the Department of Education is trying again, now promoting not just guidelines but new actual regulations.

The educational issue will presumably be resolved by whatever eventually emerges from the department or, if that result is seen as overreaching, again by the courts. Countless private school parents have insisted on their right to choose the education they want for their children. They are making their feelings known, by the tens of thousands, during the public comment period that ends Sept. 2.

These parents aren’t seeking kudos for their commitment to their convictions or for saving taxpayers billions every year for decades. What they would like, though, and deserve, is to not be unjustly accused of bilking their fellow citizens.