The clever fake rabbis who made millions off of Prohibition 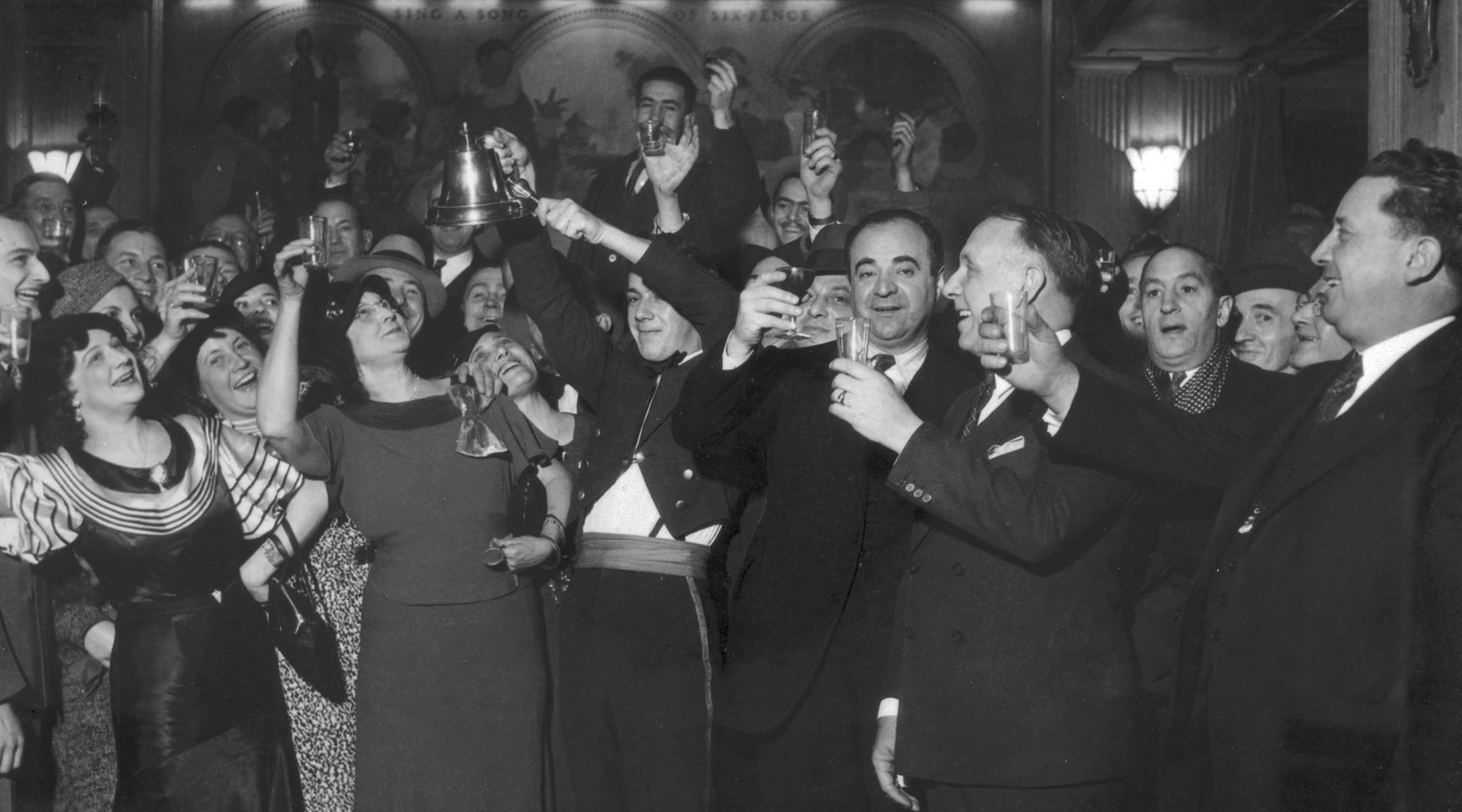 SALEM, Va. (JTA) — The Roaring Twenties was a raging headache for Jewish leadership.

The 18th Amendment, which prohibited the “manufacture, sale, or transportation of intoxicating liquors,” soared through state legislatures and into law in 1919 fueled by the efforts of groups like the Women’s Christian Temperance Union and the Anti-Saloon League. It resulted in a period of angst, imposters and outrage — but not for the reasons you might imagine.

Suspicion abounded in the 1920s, especially among Jews and Catholics, that Protestants were seeking to cleanse America of immigrants and racial religious minorities. Prohibitionists claimed that ridding the nation of “demon rum” and other intoxicating liquors would cure social ills such as domestic violence, but others suspected the temperance movement was another example of a Protestant establishment shackling American Jews and Catholics.

Regardless of intent, politicians did not foresee the incentives that would lead to all kinds of subterfuge — the growing class of “fake rabbis,” for one.

Because wine plays a role in both Catholic and Jewish rituals and customs, leaders of both faiths felt prohibition would violate their First Amendment rights. The Volstead Act provided the details of how the 18th Amendment would be enforced, including allowing an exemption for sacramental wine.

This exemption allowed for the use of wine by permitted individuals in religious functions and likely was a concession for the Jewish and Catholic vote. Catholic priests were permitted to serve wine in the church. Given that Jews conduct some ceremonies in the home, rabbis served as middlemen for their congregations, submitting a list of their congregation membership to Prohibition officials in exchange for permits for their members to purchase 10 gallons of wine per year from authorized dealers.

This workaround led, perhaps unsurprisingly, to a rapid expansion in Jewish congregations and the number of rabbis. Rabbi Rudolph I. Coffee of San Francisco told Prohibition officials that “for the first time in the history of the Jewish religion, there are black, yellow and even red members of the Jewish faith.” This growth was due not to an increased desire to share and understand the Torah, but rather the working of fake rabbis.

In some states, a person only needed 10 signatures to a petition attesting that he was a rabbi in order to get a rabbinical license from the secretary of state. License in hand, the only obstacle to the wine permits was a list of congregation members. Fake rabbis took names from city directories, phone books and other public listings to create congregations.

According to a Sept. 9, 1922 article in the San Francisco Examiner, The Jewish World newspaper had claimed Irish, Swedish, Scottish and Greek residents of San Francisco were getting monthly supplies of sacramental wine “under the names of Goldstein, Blumberg, Silverstein, Levinsky and other adopted Jewish cognamens.”

Banning booze did not halt its demand, and thus offered ample opportunity to intemperate spirits. Running — that is, smuggling — liquor paid better than manufacturing in the 1920s, making the former relatively more lucrative.

The decision to participate in an illegitimate business is based upon a simple cost-benefit analysis, and for many poor young men, the math just made sense: One former junk dealer from Denver made more than $100,000 in profits by selling wine under a permit issued by the government — nearly $1.5 million in 2019 dollars. Fake rabbis often sold permits to restaurants for $200 to $500 ($3,000 to $7,500 today) apiece.

The likelihood of getting caught was reduced by enabling and participating law enforcement officials and politicians. Furthermore, for those who were caught, the punishments were not severe.  For example, the Volstead Act stated that the fine was at most $500 for a first violation, which barely made a dent in what many violators typically made selling the illicit drinks.

Officials tried to make getting permits more onerous to deter imposters and prohibit rabbis from storing wine outside of their homes, but the measures were no match for the potential profits.

Some Jewish leaders began calling for a removal of the sacramental wine exemption, so that the Jewish religion could no longer be used as an “instrument of convenience and nefarious practice for bootleggers, hijackers and all the vicious and criminal elements connected with the liquor traffic,” as The Wisconsin Jewish Chronicle put it in a May 1, 1925 article titled “The Wine Evil Should be Abolished to Protect the Good Name of the Jew.” These rabbis believed that Judaism could be followed well enough without sacramental wine, particularly if it meant stopping the imposters.

They were not successful in this endeavor, but the illicit liquor market was dashed by the passage of the 21st Amendment in 1933, becoming the first and only constitutional amendment repealing another.

Altering human behavior is a messy business and often begets nasty side effects. The unforeseen incentives provided by the 18th Amendment wrought crime, graft and harmed thousands of Americans. It would behoove politicians to remember that people are clever, and troublesome laws can often inspire an individual to change his or her behavior in unforeseen ways.

Alice Kassens
is the John S. Shannon Endowed Professor of Economics at Roanoke College in Salem, VA. After attending the Groton School, she earned a BA in both history and economics from the College of William and Mary and her Ph.D. in economics from North Carolina State University. Originally from Wilmington, N.C., she currently lives in Fincastle, Va. with her husband Michael Enz and their four dogs Millie, Lily, Macy and Zoey.
The views and opinions expressed in this article are those of the author and do not necessarily reflect the views of JTA or its parent company, 70 Faces Media.