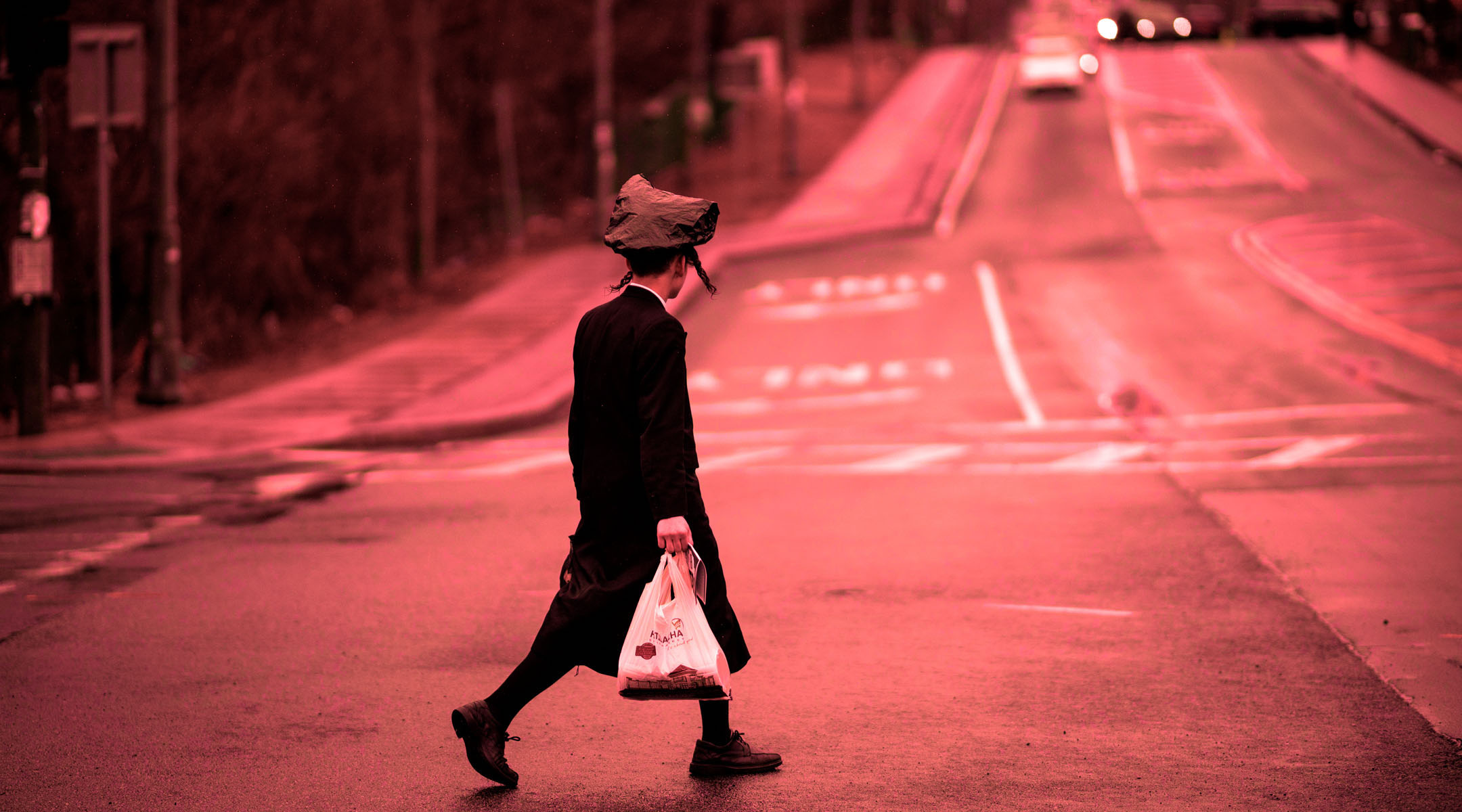 (JTA) — A Facebook campaign ad from an upstate New York county’s Republican Party has been slammed as anti-Semitic and “deeply disturbing.”

Titled “A storm is brewing in Rockland,” the video takes aim at the large and growing Hasidic Jewish community in the county, the specter of “overdevelopment” and a proposed yeshiva campus.

The video, which appeared to have been removed on Thursday morning, features menacing music, the slogan “If They Win, We Lose” and a warning that “they” will “change our way of life.”

“Aron Wieder and his Ramapo bloc are plotting a takeover,” the video intones, referring to a Hasidic legislator representing a Rockland County town with a large Orthodox population. The ad warns that “chaotic development” and redistricting threaten “our” home, schools, families — and water.

“This video is deeply disturbing and should be removed and condemned immediately by the Rockland County Republican Party,” New York Attorney General Letitia James said in a statement. “To clearly state that members of the Jewish community are a threat to families and our safety and that they must be stopped is despicable and completely unacceptable. Attacking those who are different than we are only breeds hate and makes us weaker. We must all stand together to denounce this hateful video.”

The Republican Party chairman in Rockland County, Lawrence Garvey, defended the video in a Facebook post on the party’s page.

“Regardless of your thoughts of the video, there are facts that cannot be ignored. This is not, nor has it ever been a religious issue. It is an issue of right and wrong,” he wrote. “For those not living in Rockland, it is harder to see a real and unique problem that exists here. The people of Rockland have become desperate for attention to the problems facing our communities and many live every day with the threat of losing their homes and neighborhoods.

“Anyone who dares speak up about overdevelopment, corruption, or education is immediately labeled as anti-Semitic without any concern for facts or without any idea of the true issues at hand.”

The Republican Jewish Coalition in a tweet called the video “absolutely despicable” and “pure anti-Semitism.”

“The Rockland County Republican Party is an embarrassment and has no place associating itself with our party,” the RJC said.

The New York/New Jersey office of the Anti-Defamation League said the “images and language of the video strongly suggest an appeal to anti-religious bigotry, which has no place in our elections.” It called on the Rockland GOP to remove the video and “work to understand why it is offensive.”

Rockland County, which is estimated to be more than one-third Orthodox and includes the Hasidic village of New Square and the sprawling Orthodox community of Monsey, has seen intense infighting between the burgeoning Orthodox population and local opponents over development, public school budgets and zoning.

Responses to the video on the party’s Facebook story ran the gamut from enthusiastic endorsements to charges of racism and anti-Semitism.

“Last time I saw a video like this it was in black and white and in German,” noted Josh Groll.

“I think if ANY group of people came into an area and overdeveloped it, changed the school system, tried to take over the way the area was governed, and changed the landscape of an area, people would be VERY upset … just happens to be Hasidic in this case … sorry, I don’t see it being anti-Semitic …” wrote Brenda Logun Sclossberg.