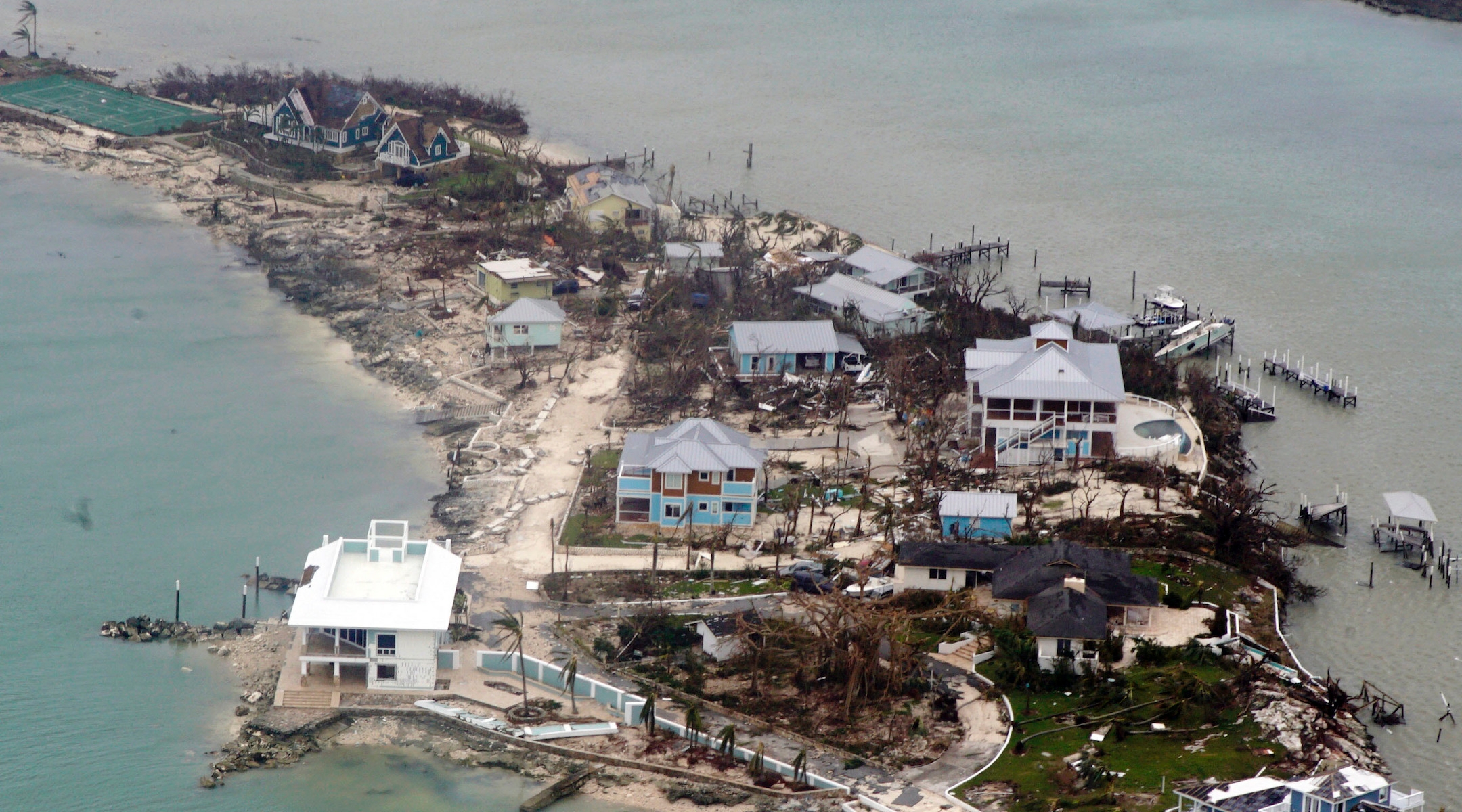 (JTA) — The Israel-based humanitarian group IsraAID, B’nai B’rith International and Chabad are among those pitching in to help the Bahamas in the wake of Hurricane Dorian’s devastation, which has killed at least seven people.

“We are in the midst of a historic tragedy in parts of the northern Bahamas,” Prime Minister Hubert Minnis said at a news conference Tuesday, adding the “devastation is unprecedented and extensive.”

The hurricane stalled over Grand Bahama Island for nearly two days, leaving whole neighborhoods, as well as airports and hospitals, submerged. At least 13,000 homes have been damaged or destroyed on Abaco and Grand Bahama islands.

IsraAID, a humanitarian aid agency that responds to emergency crises and engages in international development around the world, said Tuesday that it would send emergency support to the Bahamas.

In 2018, IsraAID said its emergency response teams reached 26,300 people with safe water, psychological and community support, and relief following nine disasters in seven countries. The group has opened an Emergency Response Fund to pay for its work.

B’nai B’rith is accepting donations to its Disaster Relief Fund to assist those affected by Dorian. Donations will go to assist local recovery and rebuilding teams, the group said in a statement.

Rabbi Sholom and Sheera Bluming, directors of Chabad of the Bahamas in Nassau, have been in touch with the Jewish community in Nassau, which was relatively unscathed by the hurricane, but have not been able to reach some of those living on Abaco, who still remain unaccounted for, according to Chabad.org.

The rabbi said that about 1,000 Jewish expats have made their home in the Bahamas, and that more than 100,000 Jews visit the islands each year.

The Blumings have joined in the official government relief effort, calling on the Jewish community to help, and is coordinating a shipment of supplies from South Florida that will include food, drinking water and mosquito nets for Abaco.

The JDC, or American Jewish Joint Distribution Committee said in a statement that it would provide emergency medical supplies through its partner the Afya Foundation, and is raising funds for the supplies as well as for recovery and reconstruction initiatives. To tailor its response to the evolving situation on the ground, JDC said it has activated its network of partners and is assessing the situation in consultation with these local and international agencies.

JDC’s disaster relief programs are funded by special appeals of the Jewish Federations of North America and tens of thousands of individual donors to JDC. Relief efforts of JDC are coordinated with the U.S. Department of State, USAID, the Israeli government and the United Nations, as well as local and international partners.

As of Wednesday morning the hurricane, now a Category 2 storm, remained about 100 miles off Florida’s east coast, lashing it with wind and rain, and moving toward Georgia, with experts saying it could hit the coasts of South Carolina and North Carolina on Thursday and Friday. Storm surge warnings are in place up and down the coast.