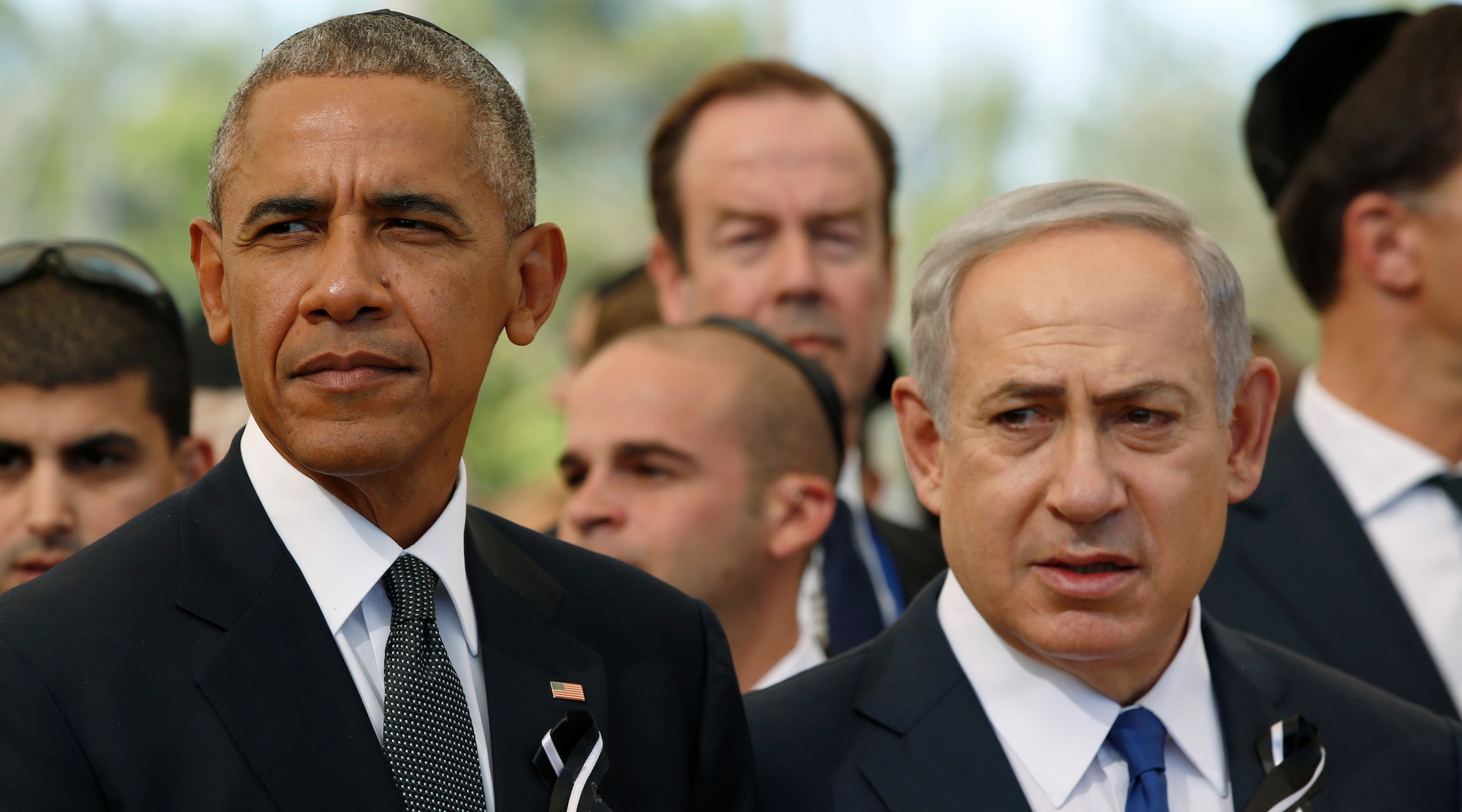 (JTA) — As of this writing, Israel has not bombed Iran’s nuclear program.

But according to an exposé in The New York Times that dropped Wednesday, it could still happen. And nearly did.

The 10,000-word story details how close Israel came to attacking Iran, how Presidents Barack Obama and George W. Bush tried to deter the Israelis and what actually stopped the would-be bombing raid.

It also tells the story of how President Donald Trump withdrew from the 2015 Iran nuclear agreement and what that means for the future of the Iran-Israel-U.S. hate triangle.

Here are five takeaways from the story.

From about 2009 to 2013, a potential Israeli attack on Iran was the most talked-about surprise ever. Iran was suspected of developing nuclear weapons in secret and was publicly threatening to destroy Israel. Israeli Prime Minister Benjamin Netanyahu responded by making the Iranian threat his focus and consistently threatening to stop Iran’s quest for the bomb. The possible Iran attack was the subject of daily news coverage in Israel, and a story about it graced the cover of The Atlantic in 2010.

According to The Times story, the attack nearly happened in 2012. As early as 2009, when large protests called the Green Revolution were rocking Iran, Netanyahu suggested to U.S. officials that a strike could destroy the Iranian nuclear program and destabilize the regime. But by late 2010, Israel wasn’t ready to strike.

By 2012, that appeared to have changed. The United States had detected Israeli drones taking off from Azerbaijan to spy on Iran and saw clusters of Israeli planes preparing for an attack. That year, then-Israeli Defense Minister Ehud Barak canceled a joint U.S.-Israeli military exercise so it would not conflict with a potential strike. Michael Oren, who served as the Israeli ambassador to the U.S., slept with his phone by his ear, ready to wake up and alert the White House of a strike, the article reports.

Bush opposed an Israeli attack as much as Obama.

So why didn’t Israel execute the attack?

One reason could be consistent American opposition to the idea — but not just from President Obama. Netanyahu criticized Obama  repeatedly as soft on Iran and, according to the article, “part of the problem.” But President Bush opposed an attack as much as Obama — and was even more direct about it with the Israelis. In a 2008 meeting with Netanyahu’s predecessor, Ehud Olmert, and Barak, Bush interrupted as Barak was making the case for an attack on Iran.

“He banged on the table like this,” Olmert told The Times, “and he said, ‘General Barak, do you know what no means? No is no.”

The U.S. tried to stop an Israeli attack — but also simulated its own on U.S. soil.

During Obama’s his first term, according to State Department official Wendy Sherman, the United States told Israel “please don’t go off on a hair trigger and start a war.” As an Israeli attack appeared more likely, American officials began a tactic known as “Bibisitting,” a play on the Israeli leader’s nickname: A senior American official would visit Israel every few weeks, which meant the U.S. had a window of a couple weeks before and after the visit when it knew Israel would not launch the strike for fear of embarrassing the American official.

But the Americans also made their own preparations for an attack on Iran. The most intensive was when the U.S. built, in the western party of the country, a full-scale model of an Iranian uranium enrichment facility that’s embedded in a mountain. The Americans then detonated a 30,000-pound bomb on their own soil to destroy the pretend nuclear site.

Netanyahu would have attacked Iran if he’d had the votes.

In the end, Netanyahu told The Times, none of that dissuaded him from an attack. What ended up putting the kibosh on the strike was internal opposition in Israel. Netanyahu and Barak supported a strike into 2012, but it was publicly reported that senior military and security officials in Israel opposed one, as did a majority of the Cabinet there.

“If I’d had a majority, I would have done it,” Netanyahu told The Times. “Unequivocally.”

Netanyahu’s threats may have helped lead to the Iran deal he hates.

As U.S. negotiations with Iran progressed toward an agreement during Obama’s second term, Netanyahu pivoted to vociferous opposition,  decrying the impending deal at nearly every opportunity. He went so far as to deliver a controversial speech to the U.S. Congress in March 2015 lambasting the pact.

But The Times article suggests that Netanyahu’s threats of an attack may have persuaded Obama to resolve the situation diplomatically. Although some people, including Netanyahu, dispute that cause-and-effect, other officials say Netanyahu inadvertently advanced the very agreement he abhors.

“Netanyahu achieved exactly the opposite of what he wanted,” one Israeli official said.

Did the Israeli pressure affect the decision to begin talks?

“Without a doubt,” said Dennis Ross, who advised Obama. “Unless we could do something that changed the equation, the Israelis were going to act militarily.”

President Trump took office in 2017 with a promise to withdraw from the Iran deal, which he did the following year. Since then, tensions have risen and Israel has struck Iranian proxies. Now, according to the article, Netanyahu is again considering attacking Iran.