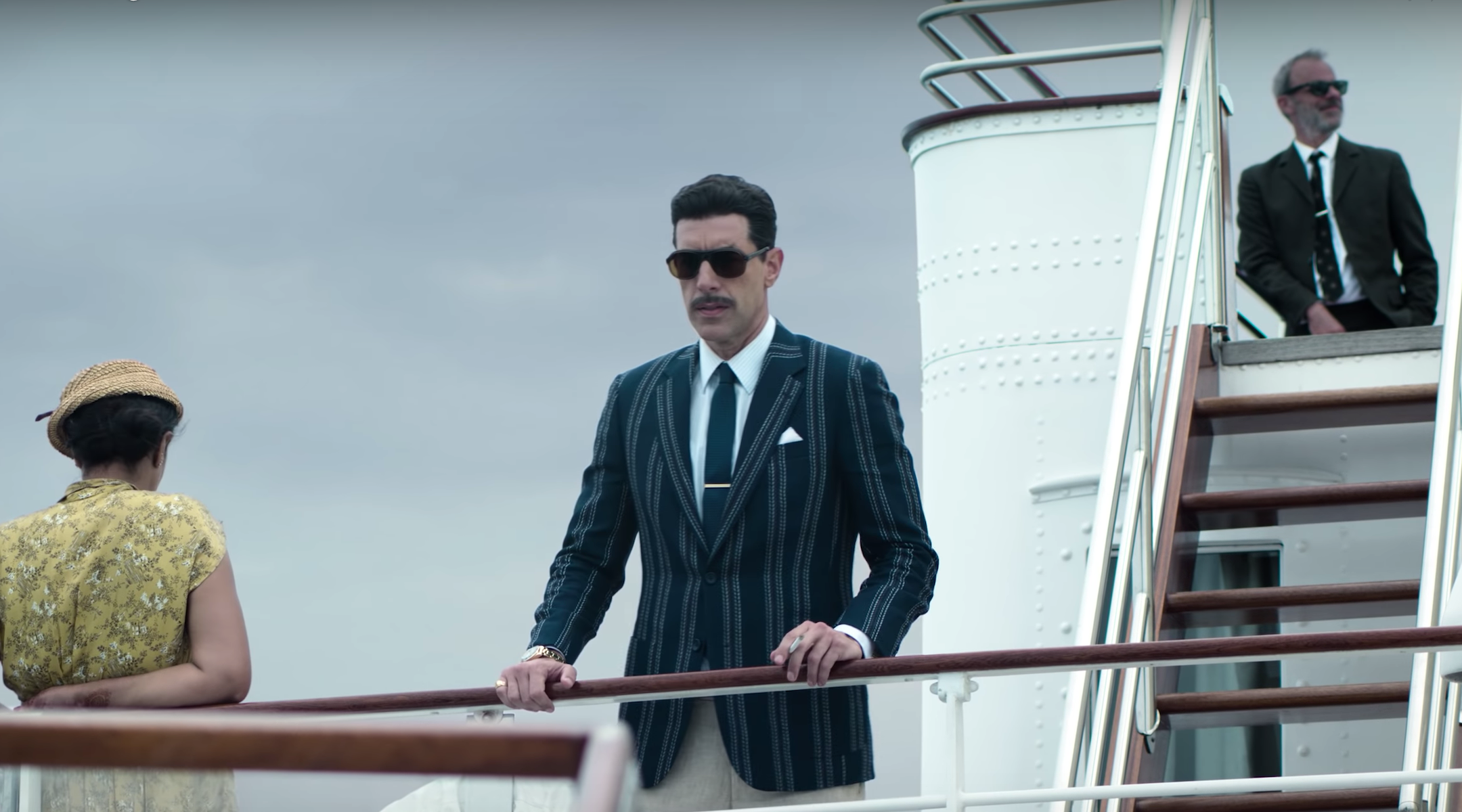 (JTA) — For “Borat,” his 2006 film, Sacha Baron Cohen went undercover as a made-up Kazakh journalist who travels America and gets unwitting targets to share his boorish and sometimes bigoted opinions. In “Who Is America,” the Jewish actor creates a variety of characters who manage to get prominent Americans to say shockingly offensive things.

In “The Spy,” he once again goes undercover, but in a very different way. The Jewish actor and filmmaker portrays the real-life Eli Cohen, a daring Israeli agent who embedded himself in the upper echelons of Syrian society in the 1960s and provided crucial intelligence to the Jewish state.

Released Friday, the espionage thriller is already getting plenty of buzz. Here’s a look at the wild and true story that it is based on.

According to My Jewish Learning, Eli Cohen was born in 1924 in a Jewish family in Alexandria, Egypt. Like many Jews in Arab countries, his family left Egypt after the establishment of the state of Israel, as they faced increased anti-Semitism. But Cohen stayed behind to finish his degree in electronics. He also participated in Zionist activities in Egypt, for which he was at one point arrested, and took part in Israeli spy missions there.

In 1956, was expelled from his native country along with many other Jews. He then immigrated to Israel, where he joined military intelligence the following year. He attempted to join the Mossad but was initially rejected. He married Nadia Majald, an immigrant from Iraq, and settled in the coast city of Bat Yam.

In 1960, he was recruited to join the Mossad for a special mission in which he was to pretend to be a Syrian businessman returning to the country after having lived in Argentina. The goal was to gather intelligence from high-ranking Syrian politicians and military officials.

Cohen wasn’t allowed tell anyone of the plans and told his wife that he was working abroad for Israel’s Defense Ministry.

Ahead of the mission, Cohen had learn to speak Arabic in a Syrian accent rather than his native Egyptian. He took on the name Kamel Amin Thaabet and went to live in Argentina for a period of time to build a name for himself in the Syrian expat community. There he gained the trust of Amin al-Hafez, who would later become Syria’s president. 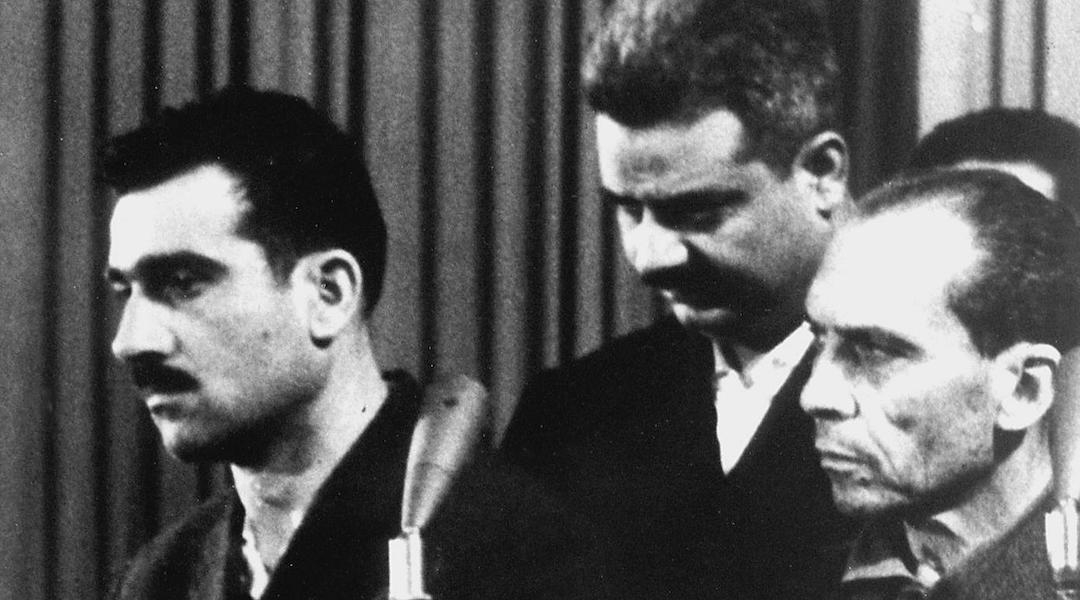 Israeli spy Eli Cohen, left, and two other unidentified co-defendants, during their trial in Damascus, ten days before his execution, May 9, 1965. (AFP/Getty Images)

In February 1962, Cohen moved to Damascus. He was quickly able to infiltrate the highest levels of Syrian society. He would entertain high-ranking politicians and military officials at extravagant parties where there would be many women and lots of booze. The drunk guests would often end up blabbering about their work to Cohen, who was sober but would pretend to be intoxicated. He made friends with many of the guests and ended up receiving classified military briefings and coming along visit Syrian military sites.

Cohen would then send intelligence back to Israel using a hidden radio transmitter.

The following year, Syria was able to find out about Cohen by tracing his intelligence transmissions to Israel.

He was convicted in a trial without a defense and sentenced to death. Israel desperately tried to commute his sentence, and despite requests from world leaders and Pope Paul VI for clemency, Cohen was hanged publicly in May of that year.

His remains have yet to be returned, despite pleas from his family. Reports earlier this year said a Russian delegation had removed his remains from Syria in an attempt to bring them to Israel. Last year, Israel was able to retrieve Cohen’s wristwatch from Syria and return it to his family.

Information provided by Cohen is thought to have been crucial to Israel’s victory in the 1967 Six-Day War. For example, on a trip to the Golan Heights, Cohen suggested to an army officer that he should plant trees to provide shade for troops stationed there. Those trees helped Israel identify where Syrian troops were located. Levi Eshkol, the late Israeli prime minister, credited Cohen’s intelligence with saving countless Israeli lives and “having a great deal to do” with Israel’s victory in the Six-Day War. 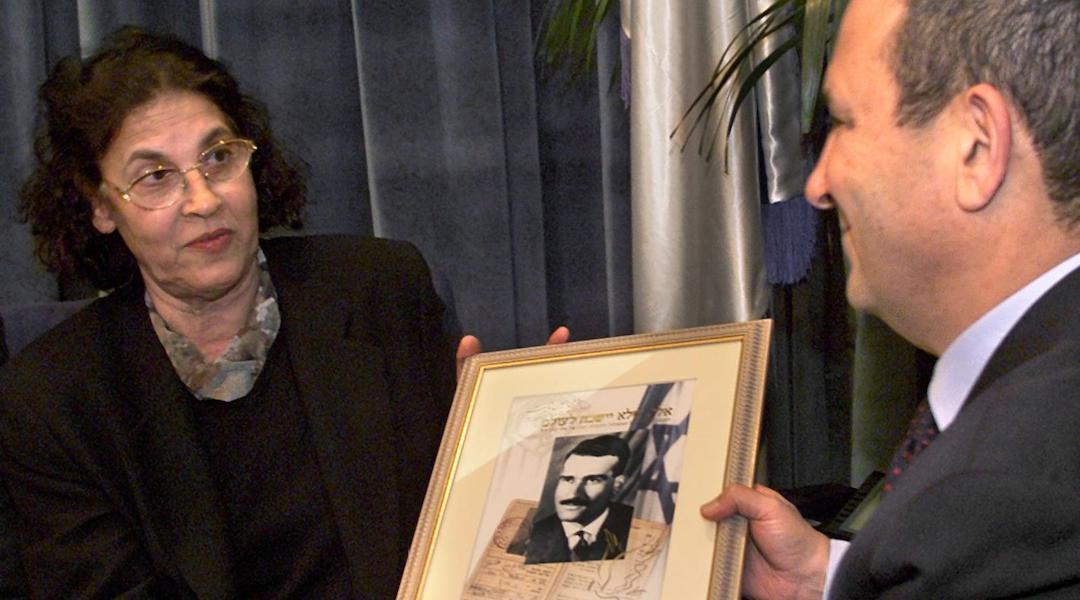 Cohen wasn’t the only Israeli who went on such a mission, though he’s perhaps the most well-known one.

Israel “took a lot of ideas from the Soviet-style of playing the spy game,” in sending out citizens on long-term spy missions where they had to adopt false identities, said Dan Raviv, a correspondent for i24News and the author of “Spies Against Armageddon,” a history of Israeli intelligence.

“The Israelis were softer about this than the Soviets were because the Israelis generally allowed their long duration agents to come home on family visits,” Raviv told the Jewish Telegraphic Agency.

Though these types of missions were a part of Soviet intelligence work — as dramatized in the FX series “The Americans” — it different from strategies used by the Central Intelligence Agency, according to Raviv.

“American spies go to foreign countries using false identities for very short missions, but it’s just not in America’s nature to expect employees to give up their normal life to that extent,” he said. “In Israel from the very beginning that’s what Israeli intelligence looked for.”

One thing that helped Israel with such missions was that its citizens came from many countries and spoke those languages fluently.

“In the case of Eli Cohen, the mission was even more ambitious,” Raviv said. “To set him up as really rich man who flamboyantly and visibly would climb up the ladder of influence in Syria, it was a very bold mission but the Israeli intelligence chiefs thought Eli Cohen was up to it.”

Though it is impossible to say how many missions like Cohen’s took place, Raviv said that they were at their height in the 1960s. As immigration and border technology became more sophisticated with each coming decade, it got harder and harder for spies to adopt new identities without being detected.

“Israel in the 1960s was just a master at taking advantage of these loose systems in so many countries,” he said.