Syria hanged Israeli spy Eli Cohen in 1965. His body might be coming home. 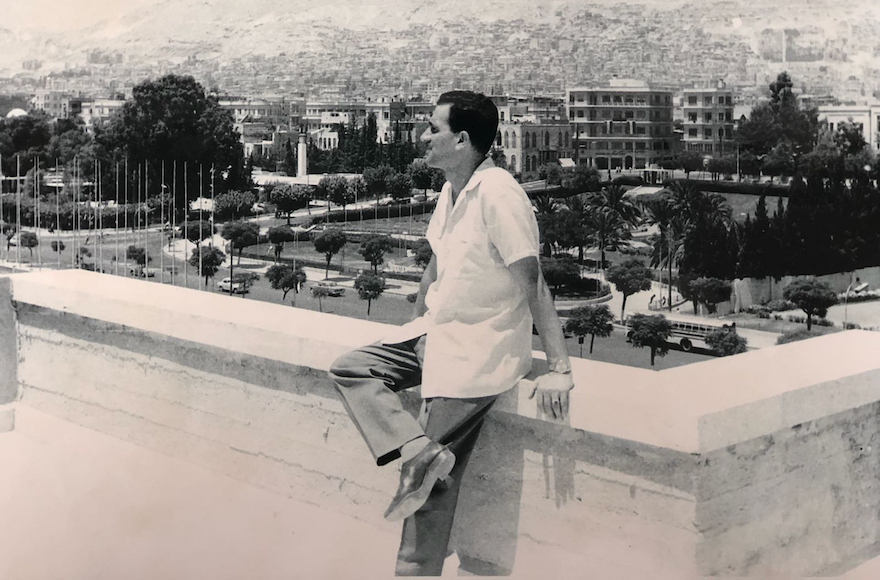 Israeli spy Eli Cohen is shown undercover in Syria during his mission there in the early 1960s. (PMO)
Advertisement

JERUSALEM (JTA) — Israel has neither confirmed nor denied reports that the remains of Israeli spy Eli Cohen, executed in Damascus in 1965, have been removed from Syria by a delegation from Russia.

The rumors, which began Sunday night, come less than two weeks after Russia helped with the return of the remains of Israeli soldier Zachary Baumel. Baumel went missing in Lebanon 37 years ago; his remains were discovered in a refugee camp outside Damascus, and removed from Syria with the assistance of Russian troops.

Last year, Israel’s Mossad intelligence service retrieved the wristwatch Cohen wore in Egypt and returned it to his family.

Posing as a Syrian nationalist and philanthropist who had returned to his country after years of exile in Argentina, Cohen befriended the top brass of Syria’s army, traveling with them across the country, including in classified locales.

Levi Eshkol, the late Israeli prime minister, credited the information provided by Cohen with saving countless Israeli lives and “having a great deal to do” with Israel’s victory in the 1967 Six-Day War. Among other information he supplied was that Syrian military installations were found, at his suggestion, in the shade of eucalyptus trees, allowing for a great improvement in target acquisition in Syria.

Cohen’s widow, Nadia, has appealed on many occasions to the Syrian government for the release of the spy’s remains. In 2008, a former intelligence bureau chief under the late Syrian leader Hafez Assad said no one knew where Cohen was buried, because the grave had been relocated after officials feared that Israel would find it, Israel Hayom reported.