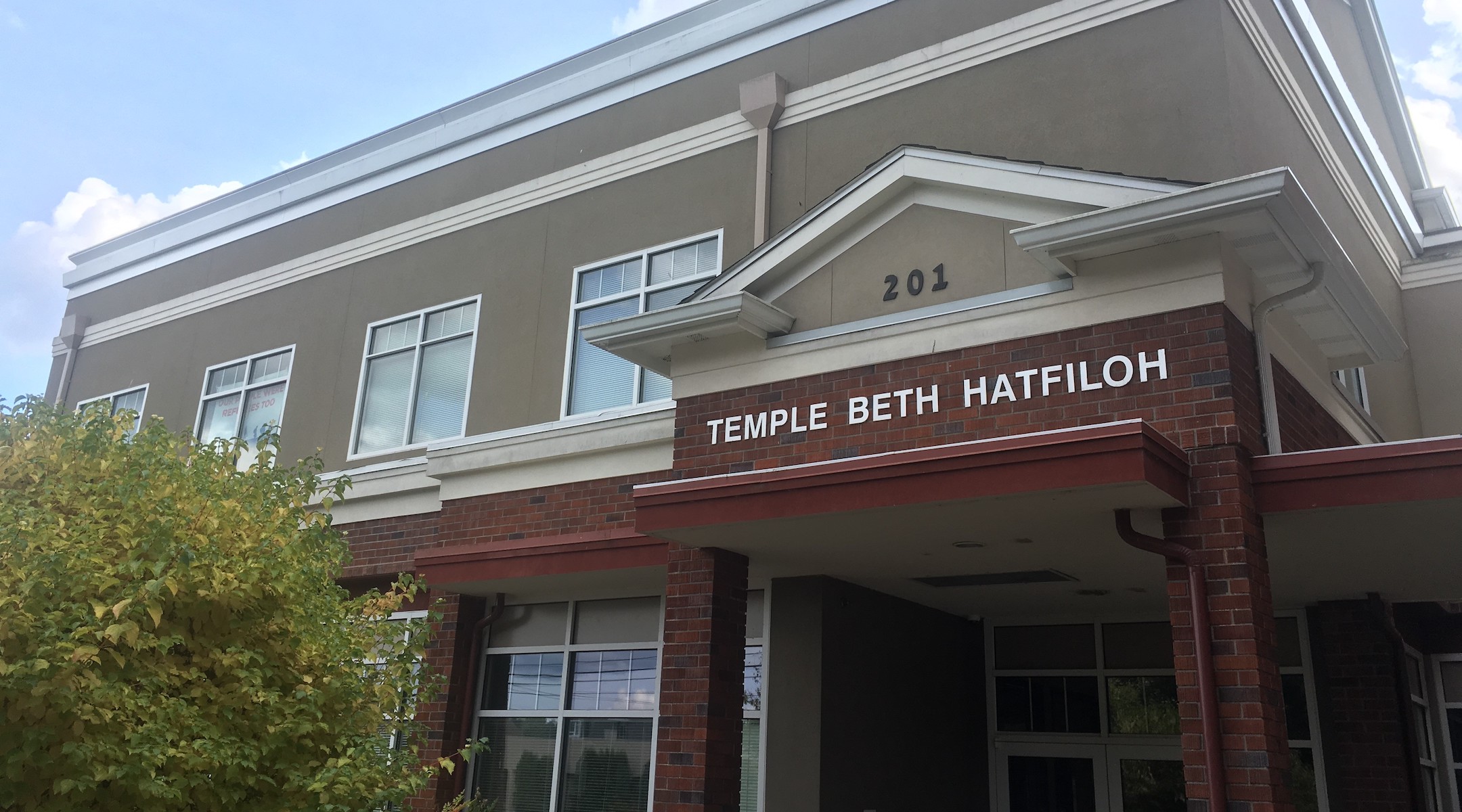 Temple Beth Hatfiloh in Olympia, Wash., is the only synagogue in the United States known to be sheltering an undocumented immigrant. (Rabbi Seth Goldstein)
Advertisement

(JTA) — In a few weeks, the congregants at Temple Beth Hatfiloh in Olympia, Washington, will gather for Yom Kippur services, where a line in the traditional liturgy declares, “My house will be a house of prayer for all nations.”

In this synagogue’s case, that will literally be true.

Last week, the Reconstructionist Jewish congregation south of Seattle agreed to provide sanctuary for Maria Pablo Matias, an undocumented woman from Guatemala, and her son. The two asylum seekers are now living in the synagogue to protect themselves from arrest and deportation.

Beth Hatfiloh is the only synagogue in the United States known to be sheltering an undocumented immigrant, according to T’ruah, a liberal rabbinic human rights group.

Pablo Matias is not speaking to the media, and the synagogue declined to share many details of her story and her son’s identity, citing privacy concerns. Pablo Matias fled domestic violence in Guatemala several years ago and arrived soon after in the Olympia area. Her asylum claim in the United States was denied and last week she was ordered to leave the country or face deportation, though she still has legal avenues to appeal that decision. She does not know when she will be able to leave the synagogue.

The synagogue says it learned about Pablo Matias’ case through local immigration activist groups. Living in a synagogue shields the family from Immigration and Customs Enforcement because the agency considers houses of worship — along with schools and hospitals — “sensitive locations” where it does not to conduct arrests without permission. There is a courtyard for the synagogue, but as far as Goldstein knows, Pablo Matias and her son have not left the building.

According to Michael Ramos, executive director of the Church Council of Greater Seattle, two other houses of worship in the Seattle area, both churches, have granted sanctuary to undocumented immigrants. He said approximately 55 houses of worship have done so across the country.

“Sanctuary is not an easy thing to go through because you’re in a limited space for a long period of time,” Ramos said. “You’re not able to go out and about. At the same time, a congregation needs to understand that a person is at serious risk of deportation and needs to constantly be acting in support of the family.”

Beth Hatfiloh has been making it work. The congregation has set up an apartment for Pablo Matias and her son with a bed, couch, seating area, television, games and books, including some in Spanish — though Pablo Matias’ native tongue is the Mayan language Mam.

They also have the use of a bathroom and shower, and an area of the kitchen. A group of 75 volunteers plans to do their shopping and laundry, including buying Pablo Matias ingredients she knows. Soon after arriving, she made tortillas in the kitchen. The synagogue is budgeting $500 a month for their needs.

Mother and child live in a separate space from where prayers are held, though Goldstein says they are welcome to join. Beth Hatfiloh leaders have told Pablo Matias a bit about Judaism and the rhythm of life in the congregation.

The synagogue has committed to having one volunteer on the premises at all times to keep the family company and address any needs they may have. Cathy Wasserman, who has spent two nights with the family in the synagogue, has grown closer with Pablo Matias despite the language barrier. Wasserman speaks Spanish, and says the two have managed to converse through a combination of that language, gestures and pictures on her phone. The synagogue can also access a Mam interpreter if needed.

“We started to develop a friendship, and we’re playing together and learning about each other, and just sharing being a member of the community, sharing our experience,” Wasserman said. “I’m a mom, Maria’s a mom, so, so far it’s been very gratifying.”

American Jews remain broadly supportive of immigration even as the issue has proven divisive nationally. Beth Hatfiloh is among more than 70 synagogues that have joined Mikdash (Hebrew for “sanctuary”), a movement spearheaded by T’ruah to encourage synagogues to build coalitions to work for immigrant rights. T’ruah defines sanctuary broadly, from advocating for immigrant rights to providing support for refugee families to offering them shelter.

“I hope that other Jewish communities can follow their lead and really make a big commitment to their neighbors,” said Rabbi Salem Pearce, T’ruah’s director of organizing, who helped Goldstein as the rabbi’s congregation prepared to become a sanctuary synagogue.

In January, the Philadelphia synagogue Kol Tzedek committed to supporting a Salvadoran family of seven that fled gang violence after one of their children was kidnapped and murdered. Kol Tzedek has raised more than $60,000 for the family’s expenses for at least a year as they await an asylum hearing.

“We’ve spent a lot of time getting to know them and building trust and making them feel safe given how much trauma they have,” Rabbi Ari Lev Fornari said. “There’s, in my bones, the knowing that people risked their lives to hide my own family in Italy during World War II, and also then, my own sense of spiritual and religious obligation to be in solidarity with the humanity and dignity of all people.”

Goldstein said that Beth Hatfiloh had extensive discussions before opening itself up to physical sanctuary. There were some concerns, he said, about whether it would put the synagogue at risk. Ultimately, members felt it was the right thing to do.