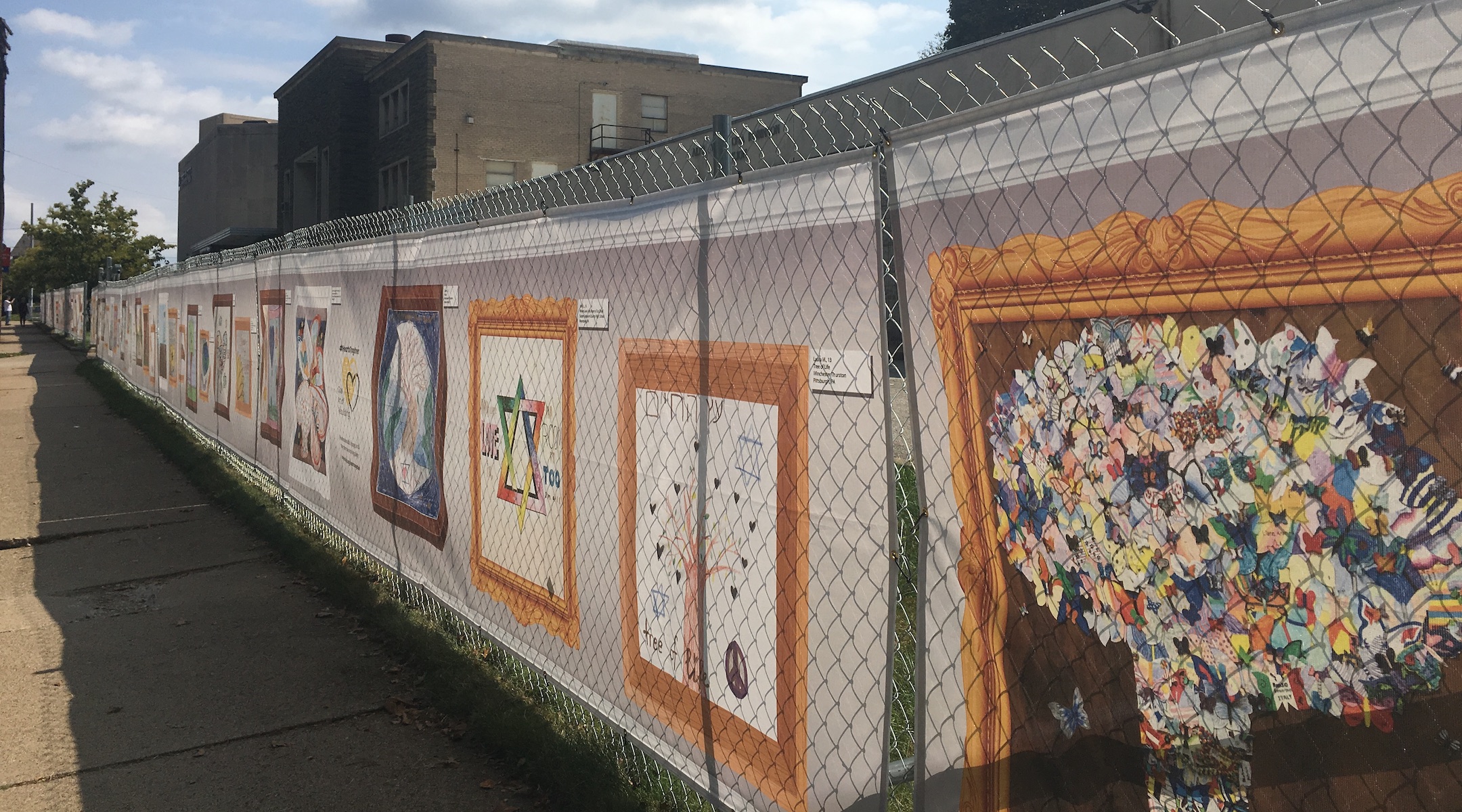 The installation outside the Tree of Life synagogue in Pittsburgh was unveiled Sept. 12, 2019. (Beth Kissileff)
Advertisement

PITTSBURGH (JTA) — An art installation consisting of works submitted by children from around the world was unveiled at the Tree of Life synagogue in Pittsburgh.

“#Hearts Together: The Art of Rebuilding” features 101 works of art printed on canvas that are wrapped around the synagogue building in the Squirrel Hill neighborhood. 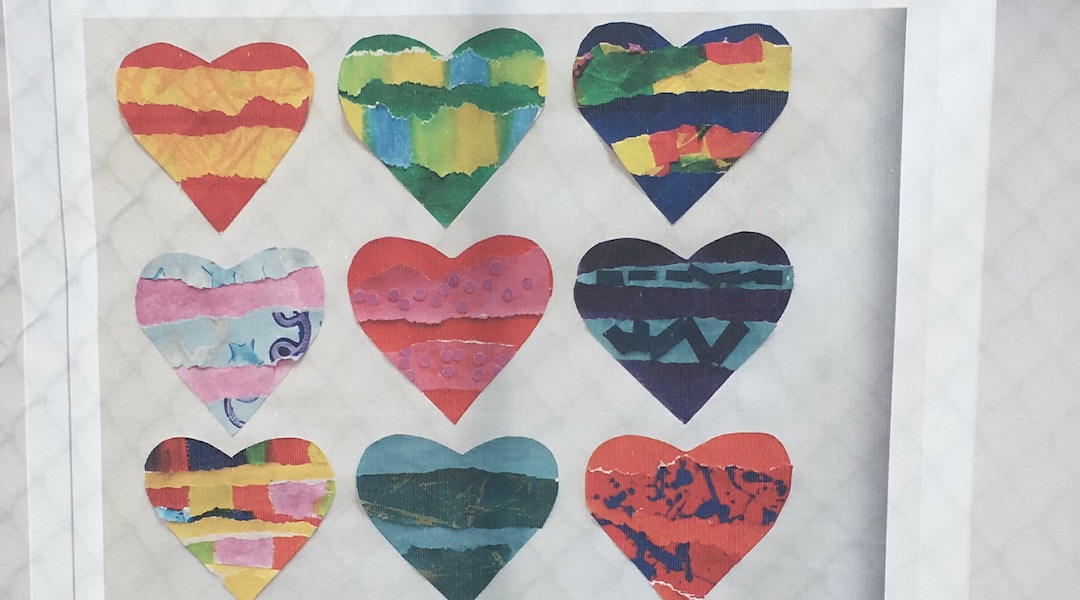 The artworks were submitted by children from around the world, including from Columbine, Colorado; Newtown, Connecticut; and Parkland, Florida — all sites of mass shootings. (Beth Kissileff)

Among those who submitted the art were children from Columbine, Colorado; Newtown, Connecticut; and Parkland, Florida — all sites of mass shootings. The works were selected by members of the three congregations that were meeting at Tree of Life when a gunman killed 11 worshippers there last October.

Since the shooting, the synagogue building has been surrounded by blue tarp. The scene was depressing to synagogue members and neighbors, who wanted something more uplifting and cheerful. 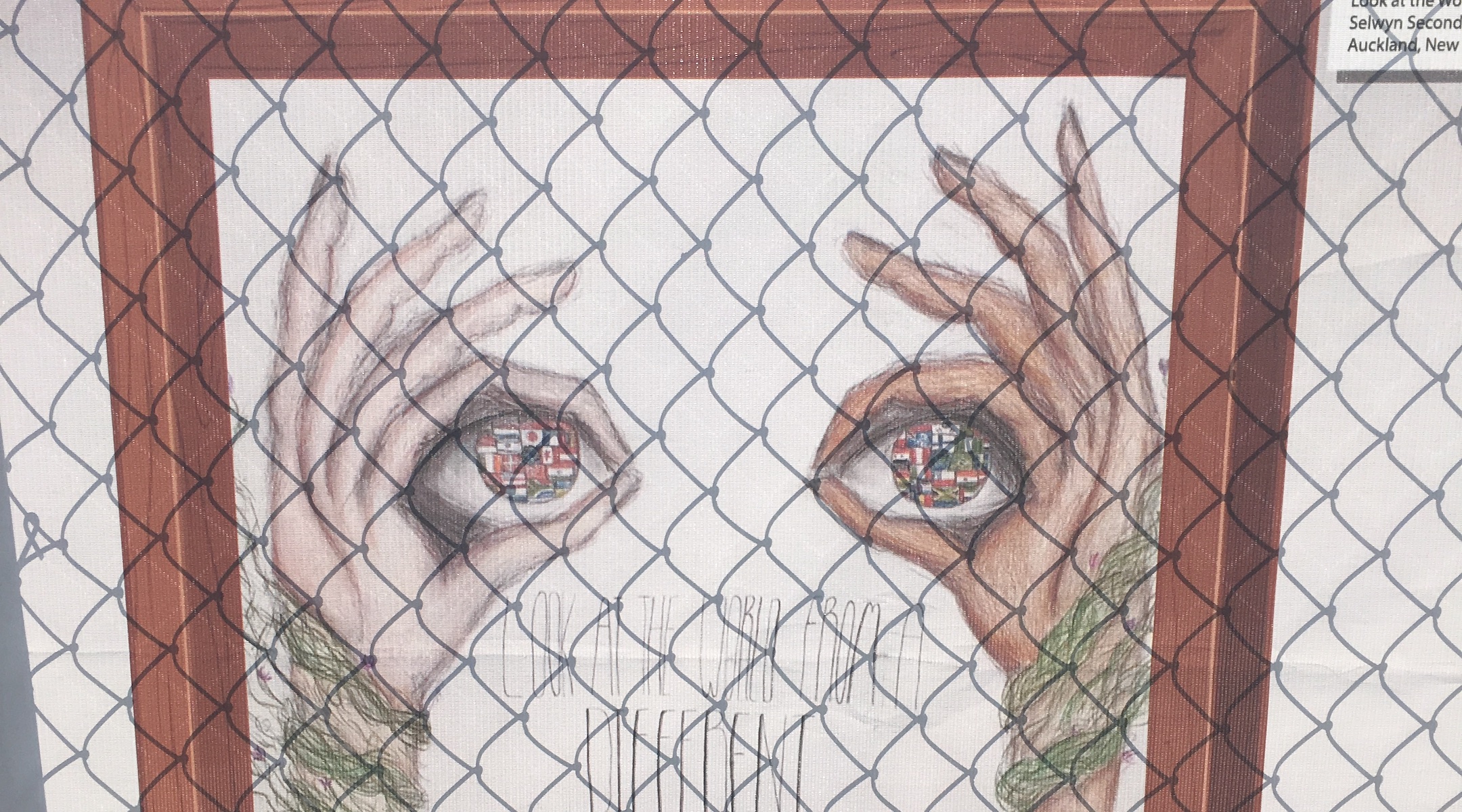 “The dismal scene at the corner here did not reflect who we are and did not project the message that we wanted to project back to the community,” Laurie Zittrain Eisenberg, a longtime member of Tree of Life who had the idea for the art project, told those gathered for the unveiling Thursday. “We tried to think about what we could do and realized the tarps were a blank canvas. What do you do with a blank canvas? You paint a picture on it.”

In April, the three congregations began soliciting artistic contributions online. In all, 224 submissions were received from 11 states and New Zealand. All the submissions can be seen online. 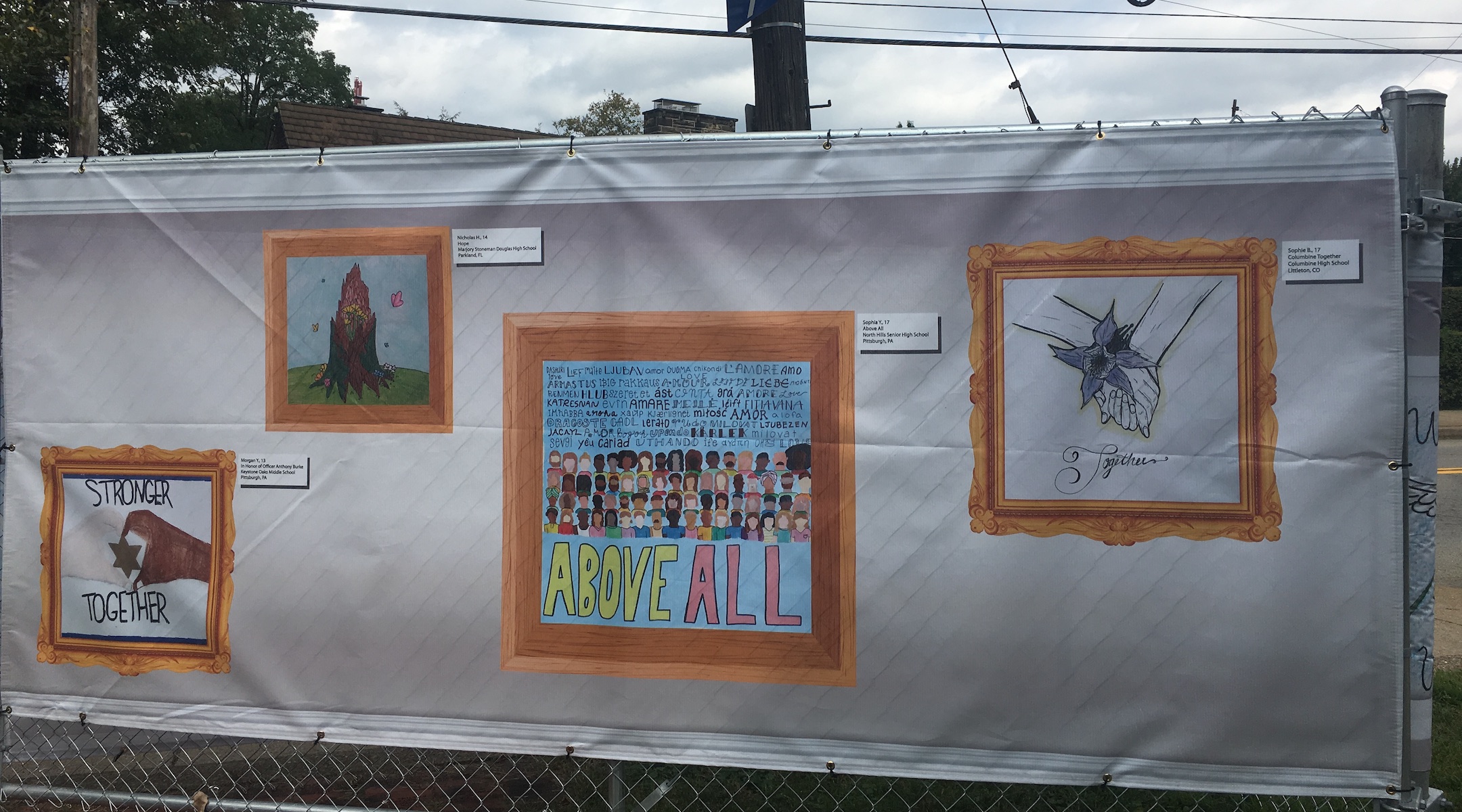 The October shooting was the deadliest act of violence against American Jews. Last month, federal prosecutors said they will seek the death penalty for the alleged gunman. 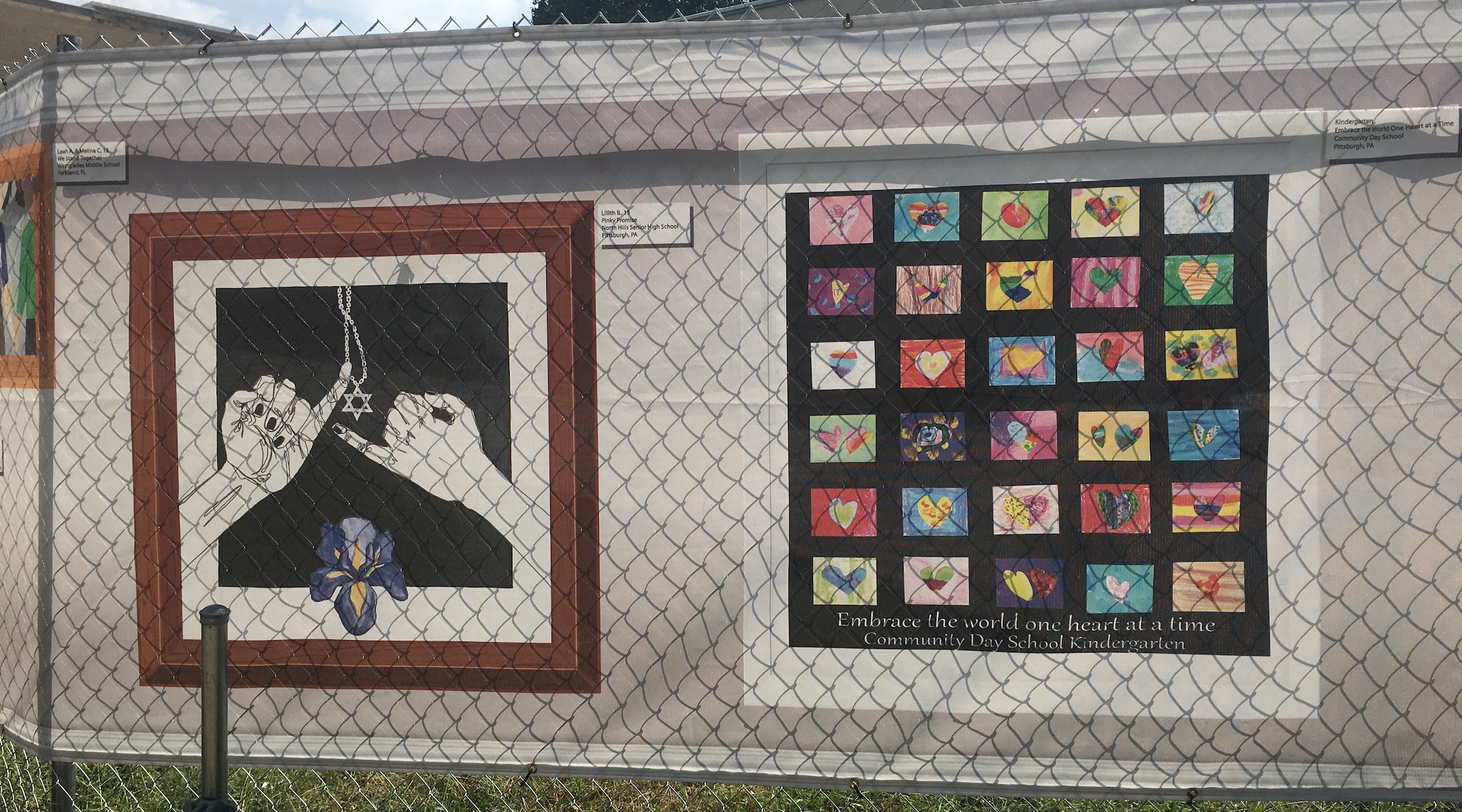