Transnistria is a tiny, poor state in Eastern Europe. The few Jews left there eye an escape. 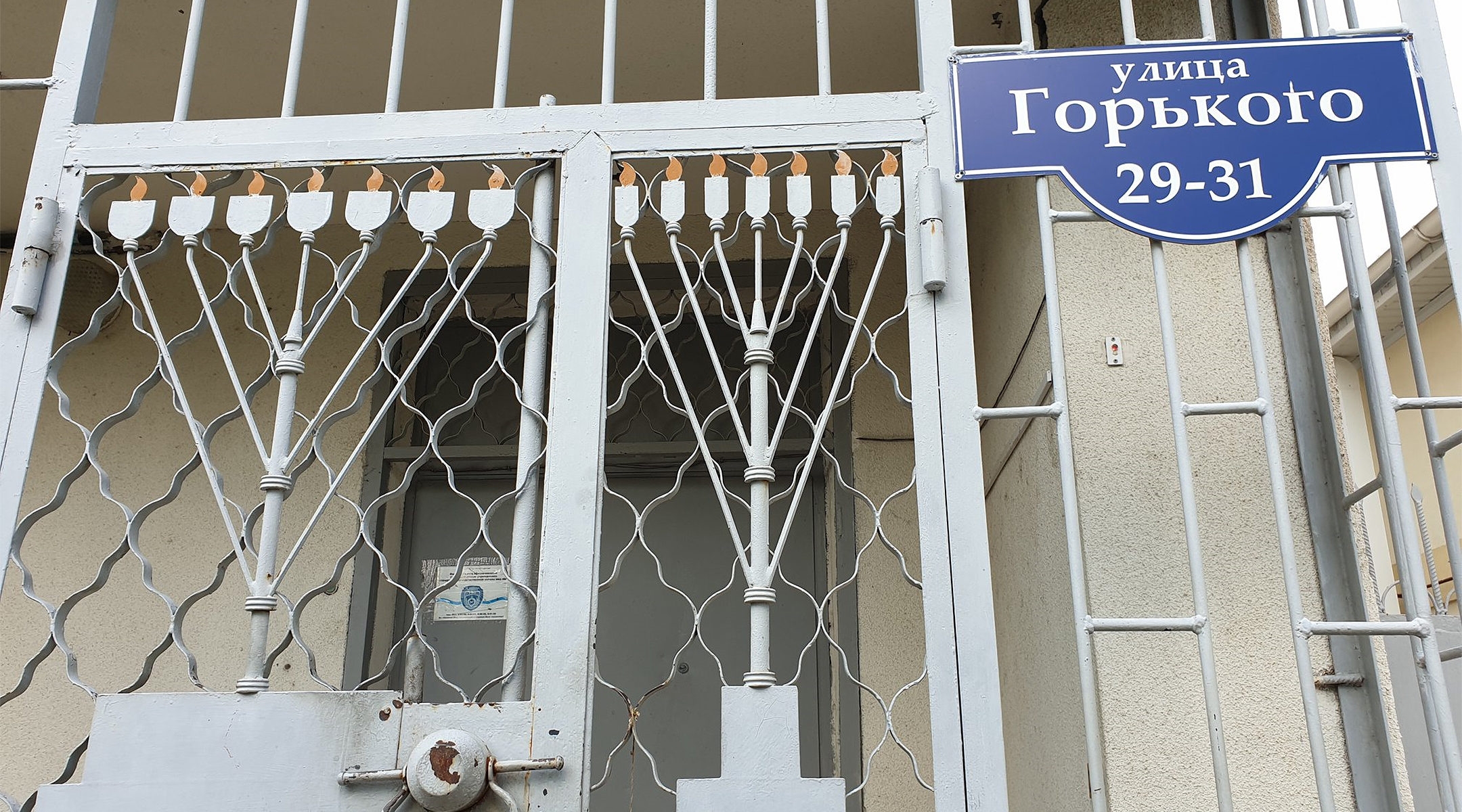 The closed gate of the only active synagogue of Tiraspol, Transnistria. (Courtesy of Roman Yanushevsky/Channel 9)
Advertisement

TIRASPOL, Transnistria (JTA) — Officially, this disputed sliver of land between Ukraine and Moldova is called the Pridnestrovian Moldavian Republic. But to visitors to Transnistria, a breakaway region that declared its independence in the 1990s but which most of the world considers part of Moldova, it looks more like a Soviet state frozen in time.

Communist monuments, long since removed from most everywhere else in the former Soviet Union, remain ubiquitous here. In this capital city, a monument calling for “power to the Soviets” towers over a riverside esplanade. Transnistria is the only place in the world whose national symbol is still the Soviet hammer and sickle. Statues of Lenin and, more controversially, Stalin still decorate city squares. Russian soldiers are everywhere, assuring Moscow of a foothold in the territory of a client state strategically located on Ukraine’s western border.

“It’s just a time machine,” said Larisa Privalskaya, a Jewish academic from Moscow who returned recently from a research trip to investigate the life of a Transnistrian rabbi. “An amazing time machine.” 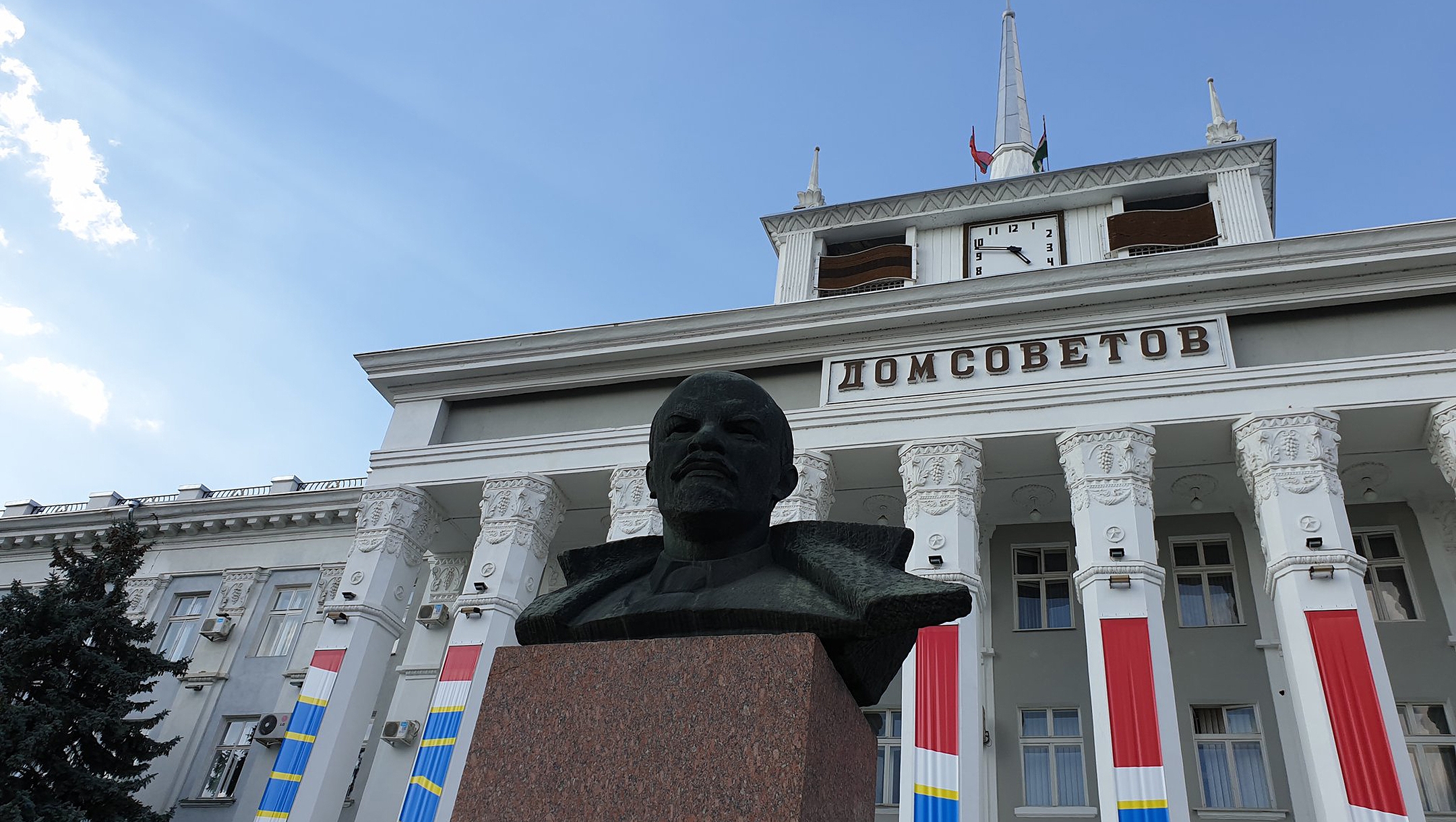 A statue of Lenin decorates the Soviet Home building of Tiraspol. (Courtesy of Roman Yanushevsky/Channel 9)

For tourists motivated enough to obtain a visa, a complicated process that results in a permit granting entry for just a few hours, it can be an exciting place. But for Transnistria’s 458,000 citizens, the twilight zone they call home is a place indelibly marked by the history of political turbulence that has shaped this unique piece of Europe.

Since 1993, Transnistria has lost a third of its population largely because it is so poor that $300 here is considered a handsome monthly salary. The emigration has weakened its economy and nearly wiped out the Jewish community, once the region’s largest non-Christian minority, which now survives only in neighboring in Moldova. Transnistria seceded from Moldova only in the early 1990s in a war of independence led by pro-Russian separatists, and the Jewish population of both places shares common languages and history.

Of the 11 synagogues in Tiraspol before the fall of communism, only one remains. Housed in a residential building, a graying group of about a dozen men and women convenes there every Sunday. The younger generation consists of fewer than 10 people.

“It’s rare to actually witness the death of a community, but here it is before our eyes in Transnistria,” said Evgheni Bric, director of Moldova’s Judaica Institute, a nonprofit that seeks to build identity among the Jews of Transnistria and Moldova.

Nowadays, freedom of worship is assured to Transnistrian Jews and anti-Semitism is marginal, local Jews say. But many still want to leave for economic reasons. Salaries here are half those on offer in Moldova, Europe’s poorest nation. 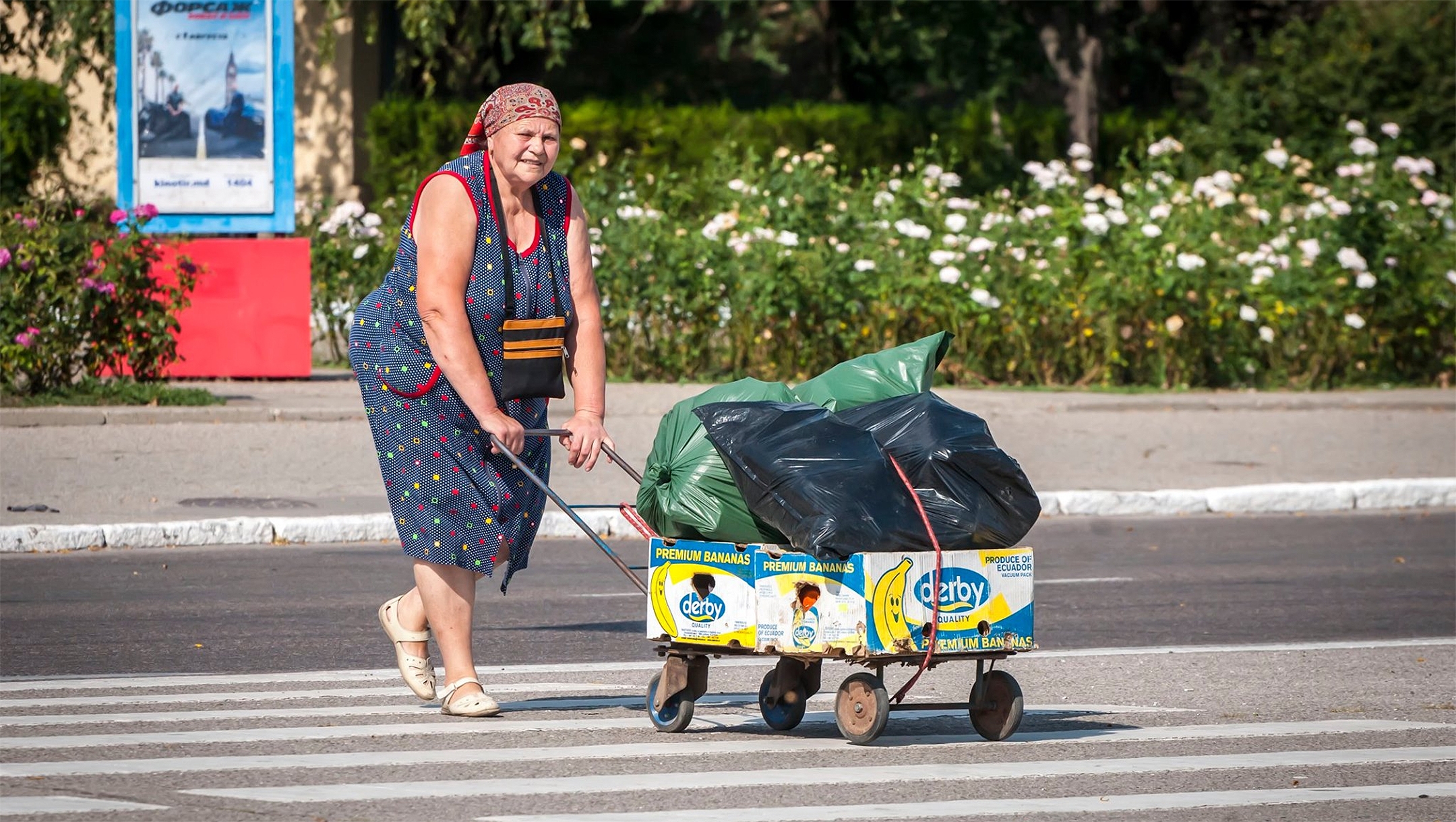 Musia Efimova, a retired Jewish dentist from Tiraspol, told JTA that her government pension is $70 a month. She calls her homeland’s peculiar Soviet monuments “signs of nostalgia for better times.”

Fiodor Kushnir, 26, earns about $200 a month working full time as a high school teacher in Tiraspol. Under Transnistria’s quasi-socialist regime, teachers are entitled to free housing in government apartments, Kushnir said. But those apartments have poor public transport connections to the city, making them less than ideal.

“We’ve planned to make aliyah several times, but each time something happens that delays the move,” Fiodor said, using the Hebrew-language word for immigrating to Israel.

In a place largely dependent on imports to feed its population, salaries under $200 suffice for little beyond the bare necessities, according to Marina Edakova, a 32-year-old Jewish psychologist from Bender, Transnistria’s second-largest city. 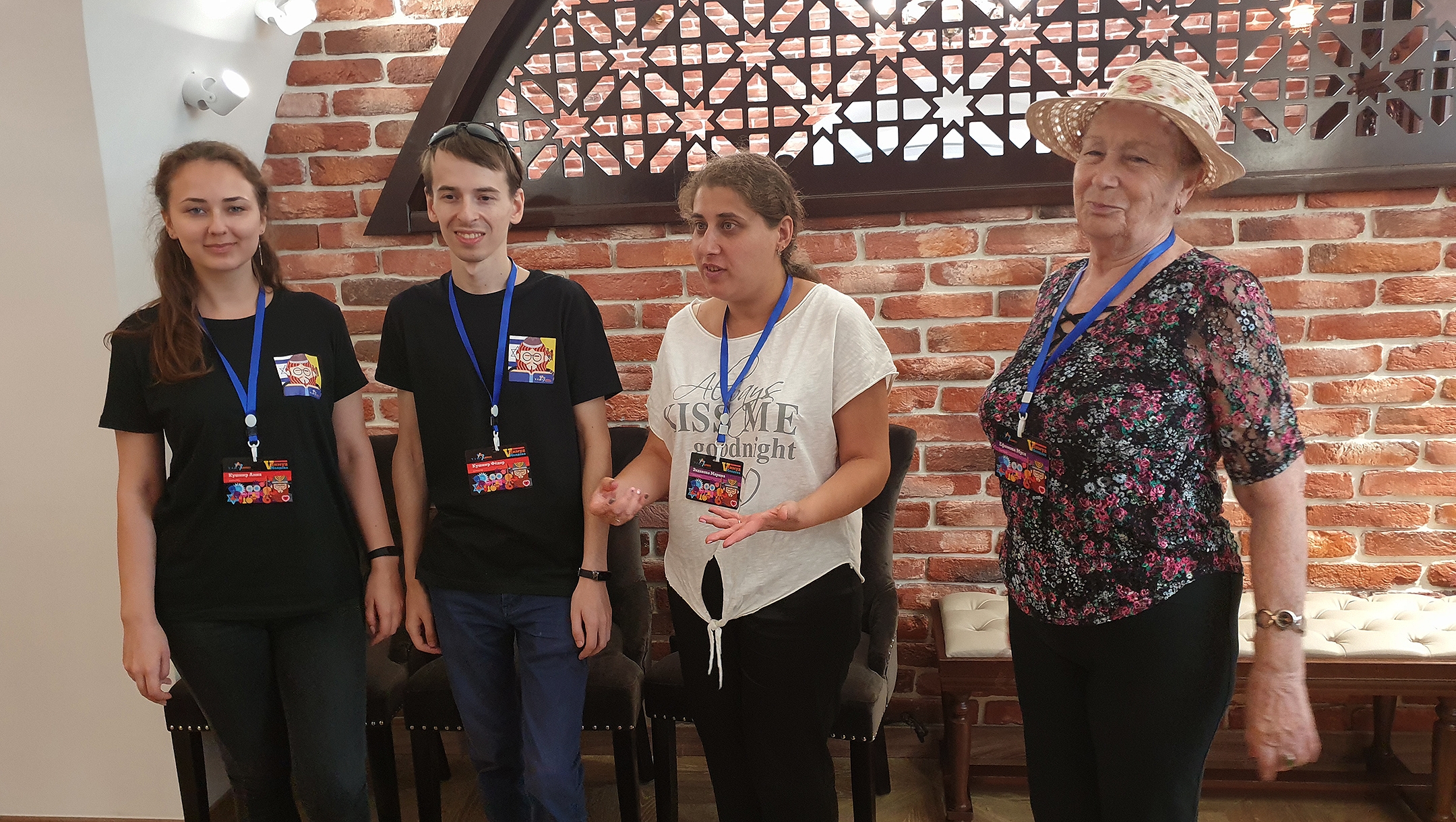 “And that’s just as well because in any case, there’s nothing to do here after 9 o’clock. Everything is shut. It’s an unofficial curfew,” said Edakova, who plans to leave after she marries.

A 1930 census of Bender’s population reported that half of its residents said their mother tongue was Yiddish. Thousands of non-Jews also spoke the language because of their close work and trade with Jews, according to Bric. Most of the city’s Jews were killed in the Holocaust and the few survivors emigrated as soon as they could. None of Bender’s dozen synagogues is still in use. 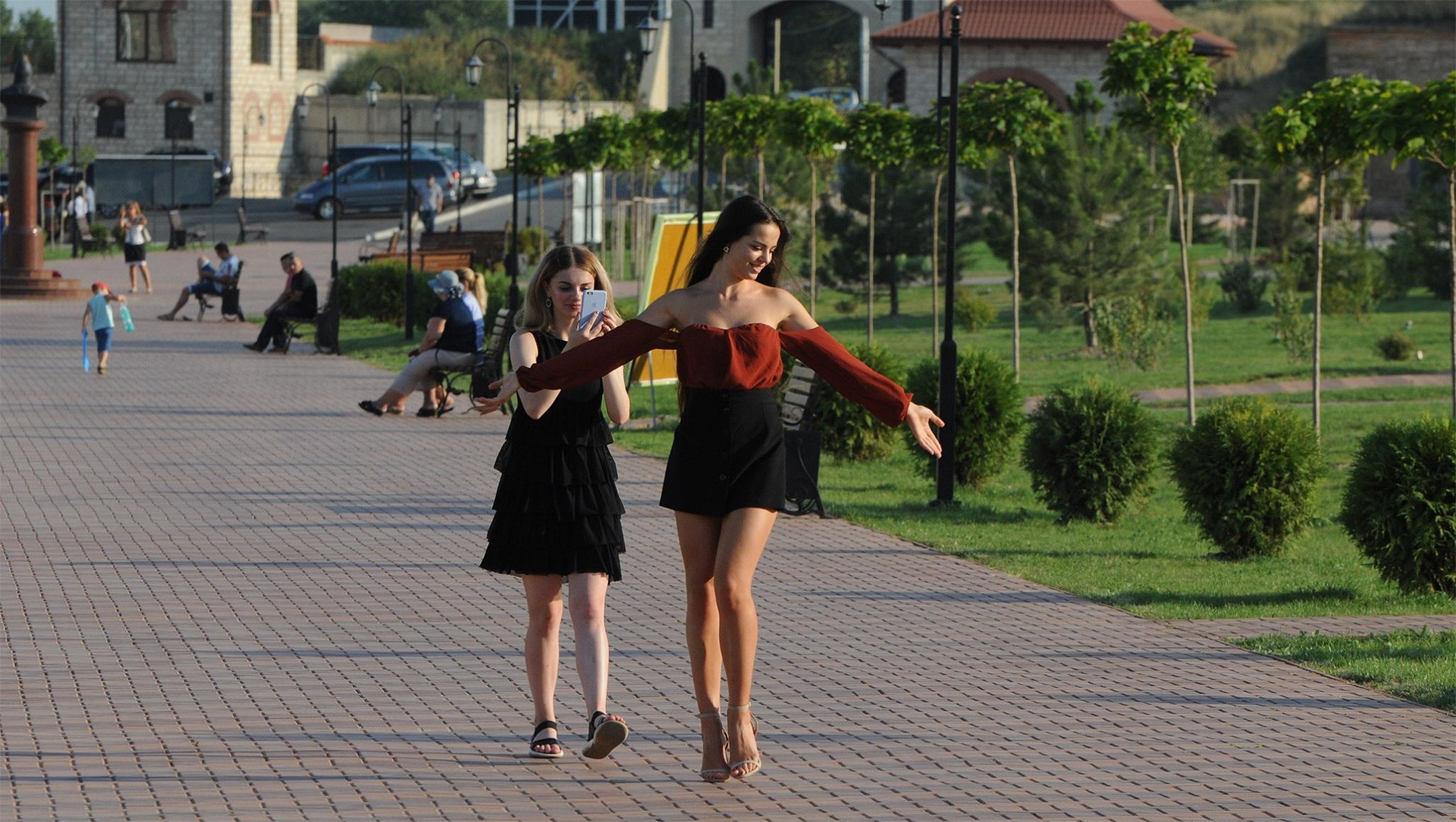 Other Transnistrian cities, like Rybnitsa, which was once one-third Jewish, now have no Jews. One of the city’s best-known (and last) Jews was Chaim Zanvl Abramowitz, a Hasidic rabbi who died in 1995 in the United States. Abramowitz was one of a handful of Orthodox Jews who were able to lead an observant lifestyle even under Stalin, largely thanks to his popularity with the local population. 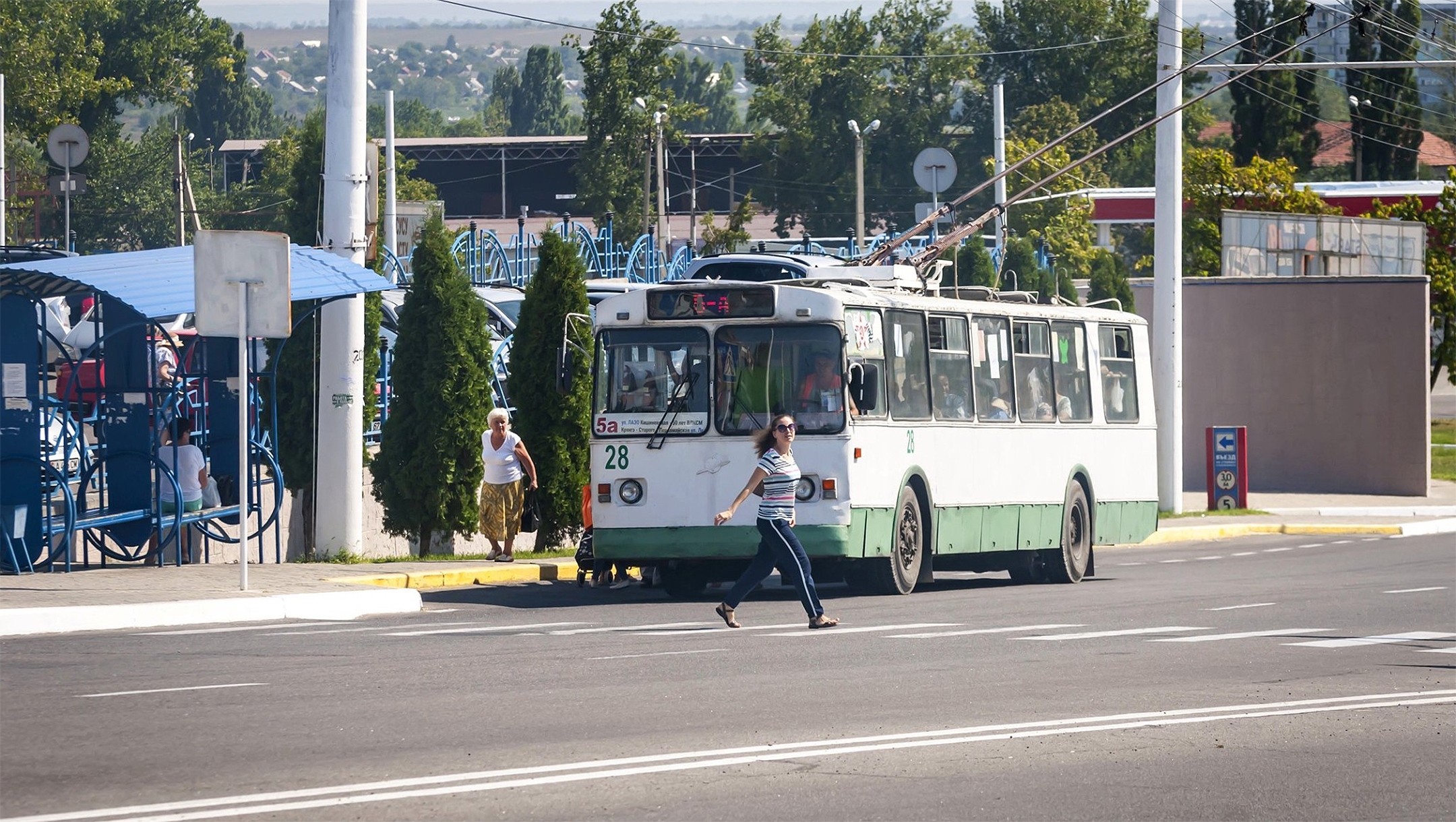 As in Transnistria, Moldova’s Jewish population has also been decimated by mass emigration. Still, Jewish life has survived far better there, in part because it has absorbed some of the thousands of Jews who have left Transistria. Chisinau, Moldova’s capital, has four synagogues and about 3,500 members of its Jewish community. 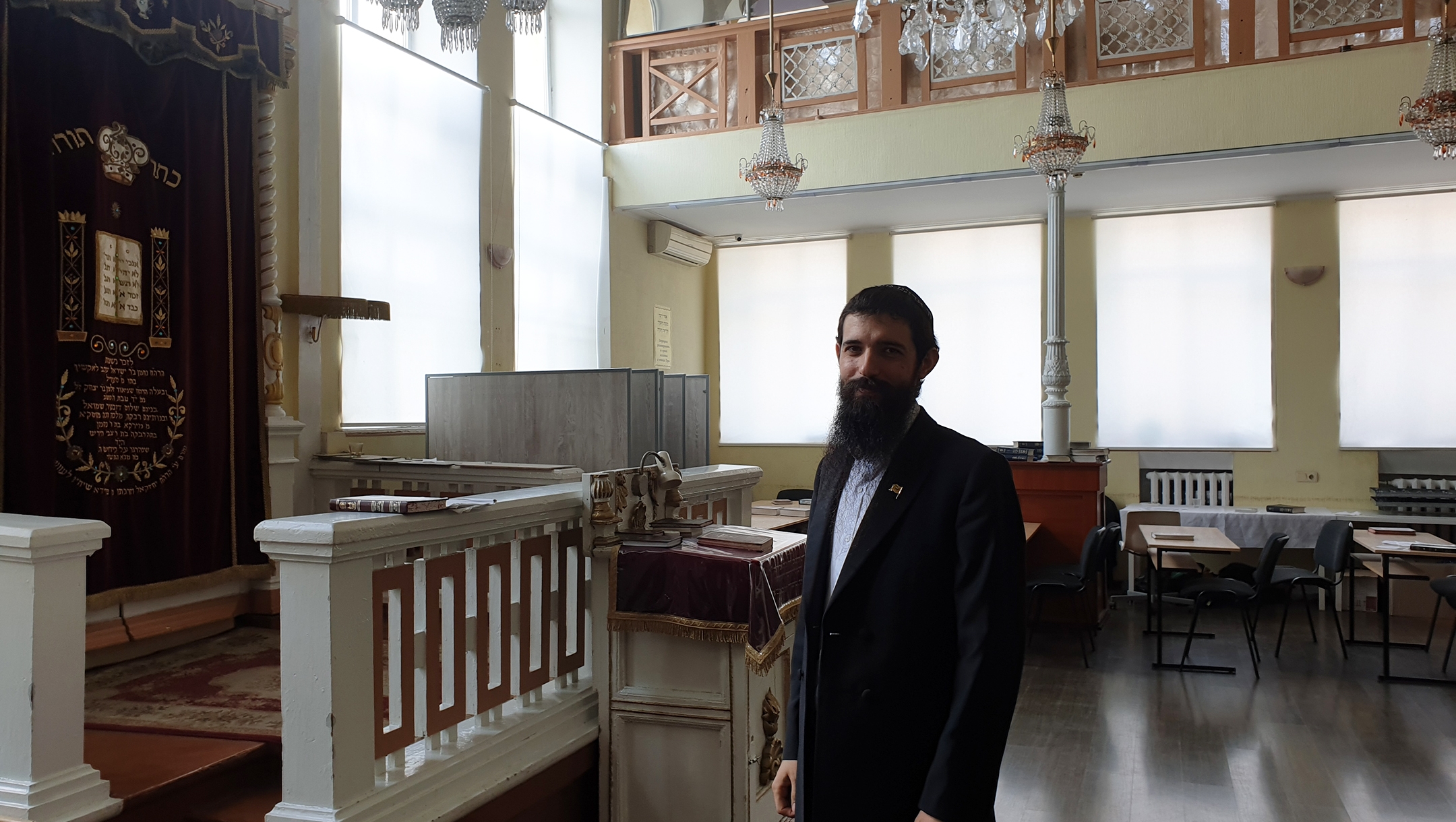 To Chaim Chesler, the founder of Limmud FSU, which runs Jewish educational programs for Russian-speaking Jews, the disappearance of the bulk of the Jewish minorities of both Transnistria and Moldova is only more incentive to hold events for Jews from both places.

“Some say a dying community is a bad investment,” Chesler said. “I think it’s a crucial one. We leave no one behind.”

The mass emigration from Transinistria, which most of the world considers part of Moldova, is visible everywhere. Along the banks of the Dniester River in Tiraspol, prime real estate in more affluent times, apartment blocks have been reduced to carcasses. 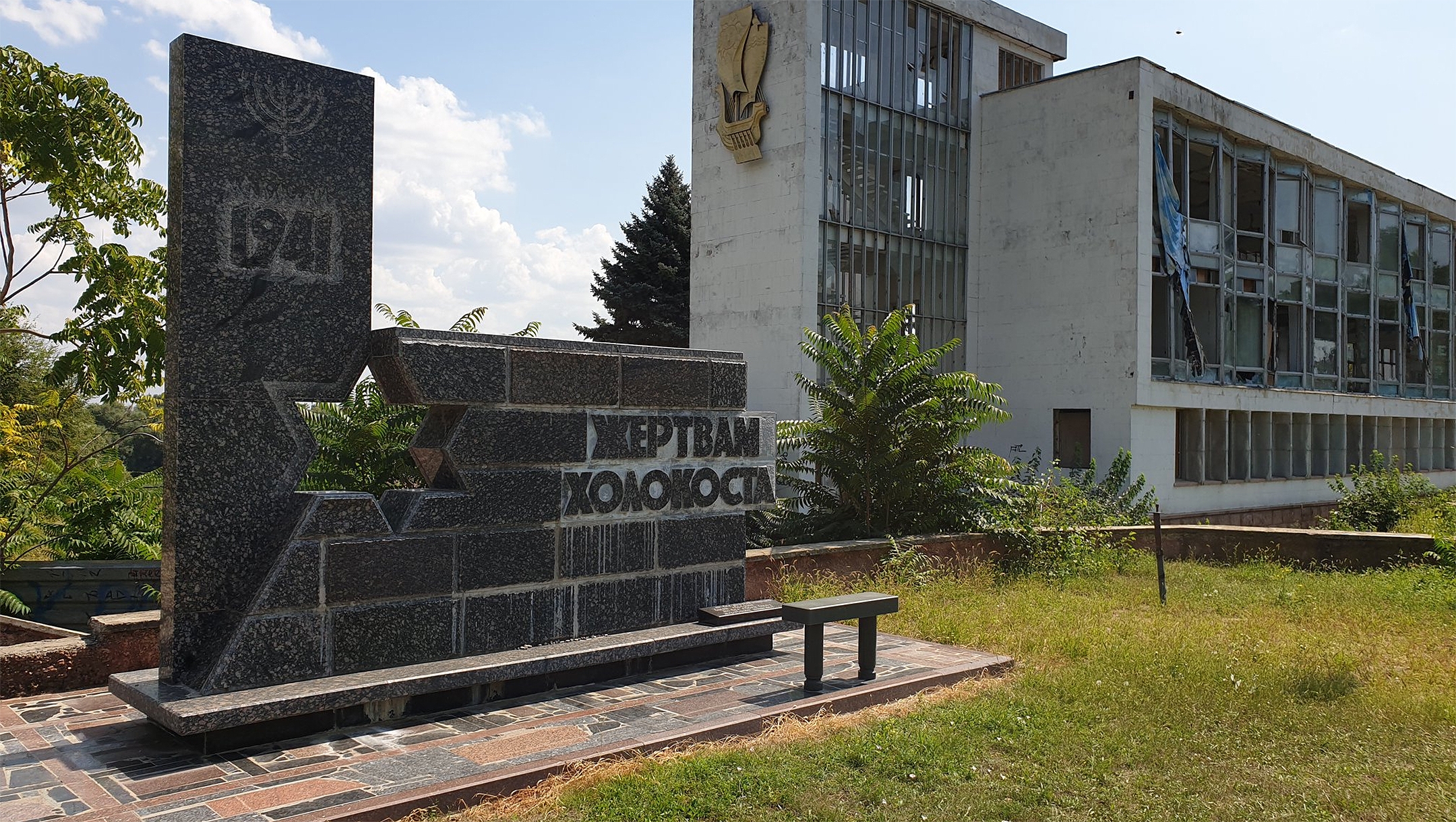 A Holocaust monument next to a deserted riverside building in Tiraspol, Aug. 24, 2019. (Courtesy of Roman Yanushevsky/Channel 9)

“Communism has left, and capitalism hasn’t arrived yet and we are here in the middle,” said Anastasia, a newlywed posing for photos with her husband, Vitaly, along the riverside. Their only audience is a photographer and Anastasia’s mother, Tamara.

Without being asked, Vitaly offers this explanation for the absence of guests: All the couple’s friends have left in recent years to find work abroad. 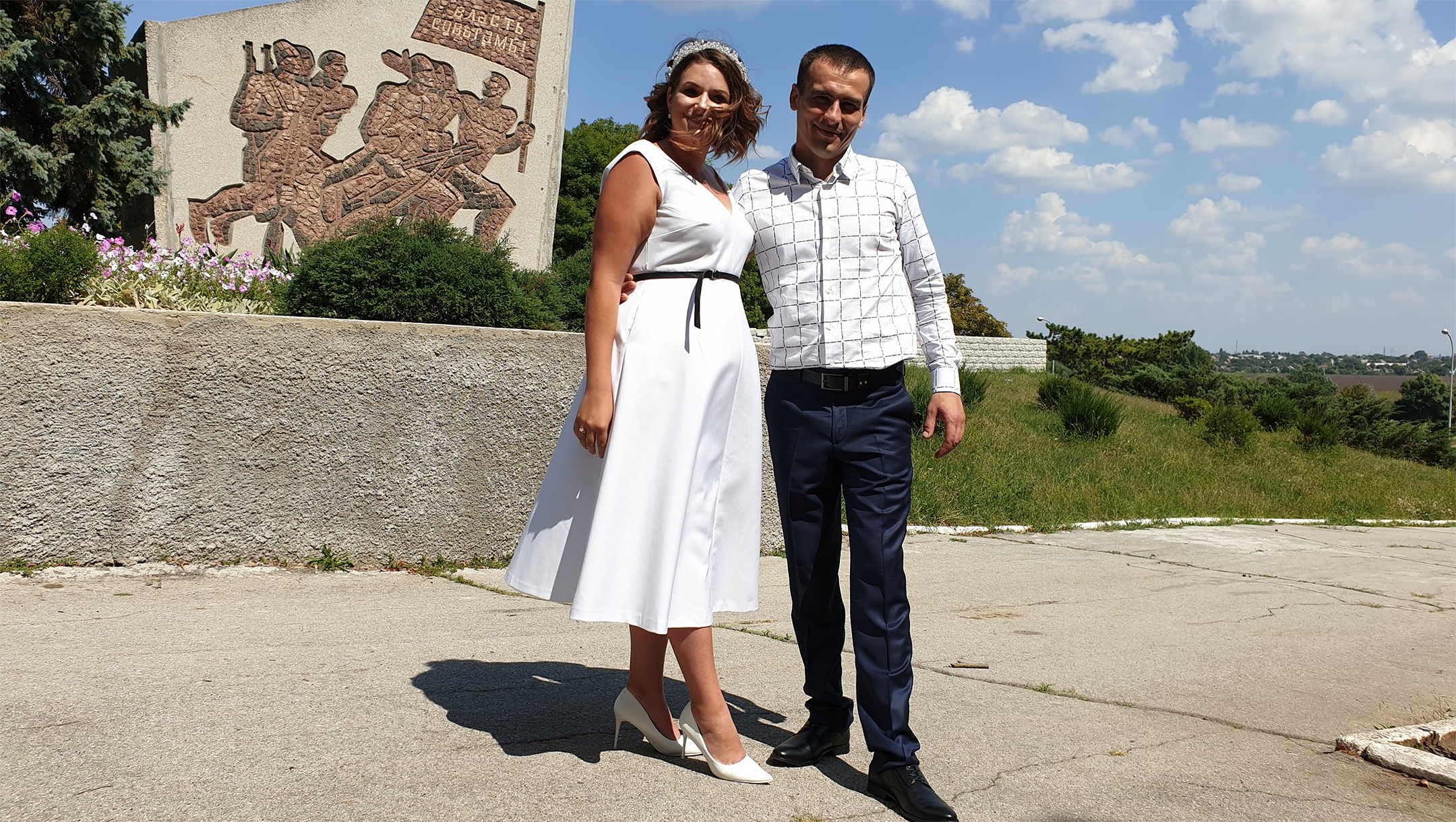 “One day,” Anastasia said optimistically, “this will be a second Switzerland.”