Most Israelis want Orthodox parties out of government, survey says 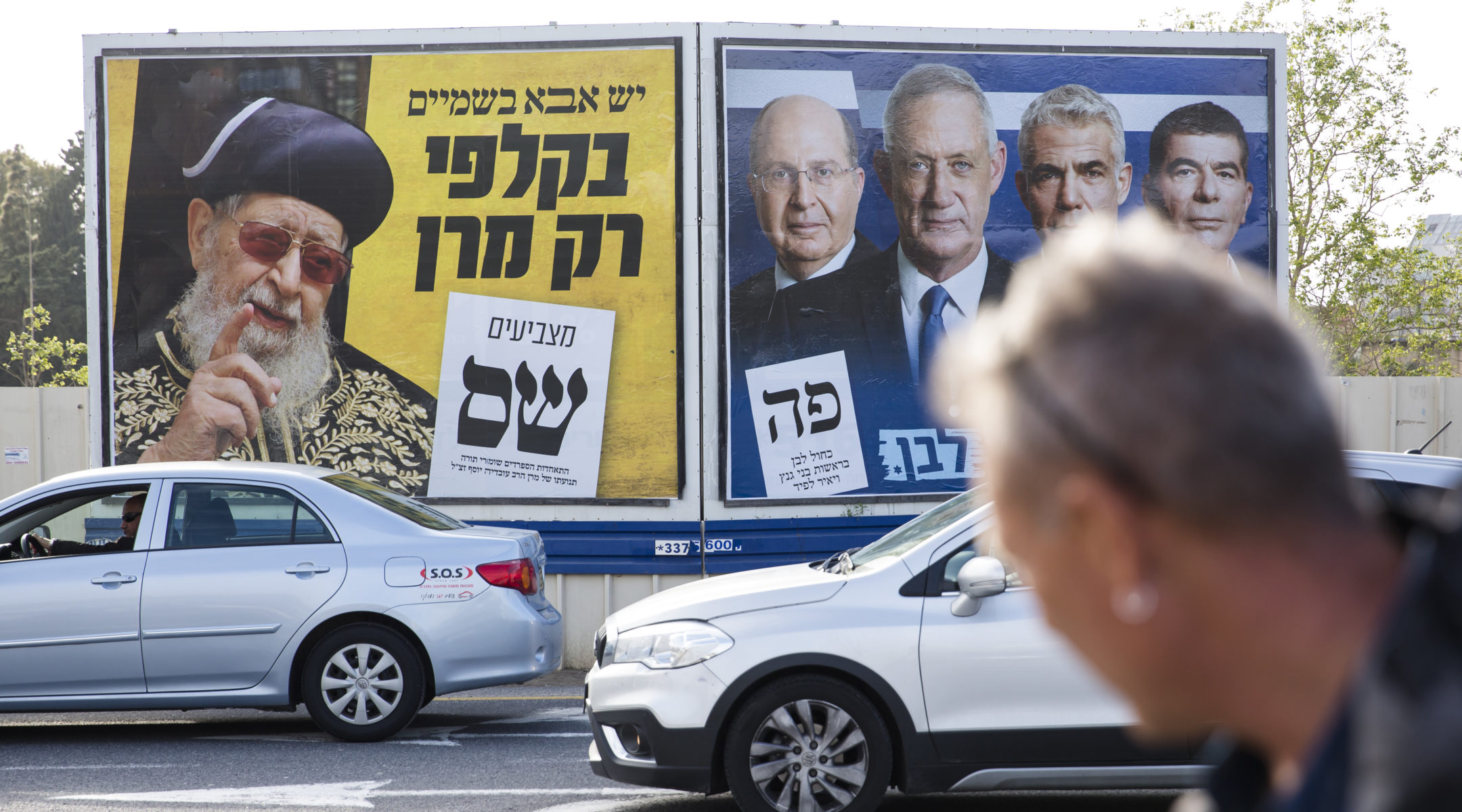 But a majority of Jewish voters is clear on one thing: They want their next government to be less religious than it is now.

A new survey by Hiddush, an Israeli organization that supports religious pluralism, shows that 57 percent of the Jewish Israeli electorate does not want the incoming governing coalition to include or depend on parties that are haredi Orthodox, commonly referred to as ultra-Orthodox in the United States. That 57 percent majority also wants the coalition to support religious freedom in Israel.

Thirty-four percent of Israeli Jews disagree: They want the Orthodox parties in the coalition and are happy with current government policy, which gives Orthodox Judaism significant influence over Israeli law. Haredi parties have been part of the Israeli government since 2015 and have sat in a series of coalitions throughout Israel’s history.

Nearly all of those who voted for Blue and White, the centrist party led by Benny Gantz and Yair Lapid opposing Prime Minister Benjamin Netanyahu, want a secular governing coalition. Most voters for Netanyahu’s Likud Party (56 percent) support a coalition with Orthodox parties, while 44 percent favor a secular coalition.

Sixty-nine percent of respondents also said that support for religious freedom was a significant factor in their vote last week. The survey was taken on September 22 and included 600 Jewish Israeli respondents. The margin of error was 4 percent.

“The elections have unfolded in a way that so clearly points to the concern that Israelis feel with the unholy alliance of religion and state,” said Rabbi Uri Regev, Hiddush’s founder. “The more haredi political leaders felt triumphant, the more they felt they could cash in on their political fortunes, the more Israelis became frustrated and ready to push back.”

The survey follows an annual one by Hiddush on religion in Israel. That survey, like past ones, shows that a solid majority of Israeli Jews wants government policy to be far less influenced by Orthodox law than it is now.

The annual survey was taken from August 6 to 11, and included 753 Jewish Israeli adult respondents. The margin of error was 3.6 percent.