Israel’s election campaign has been a religious war of words 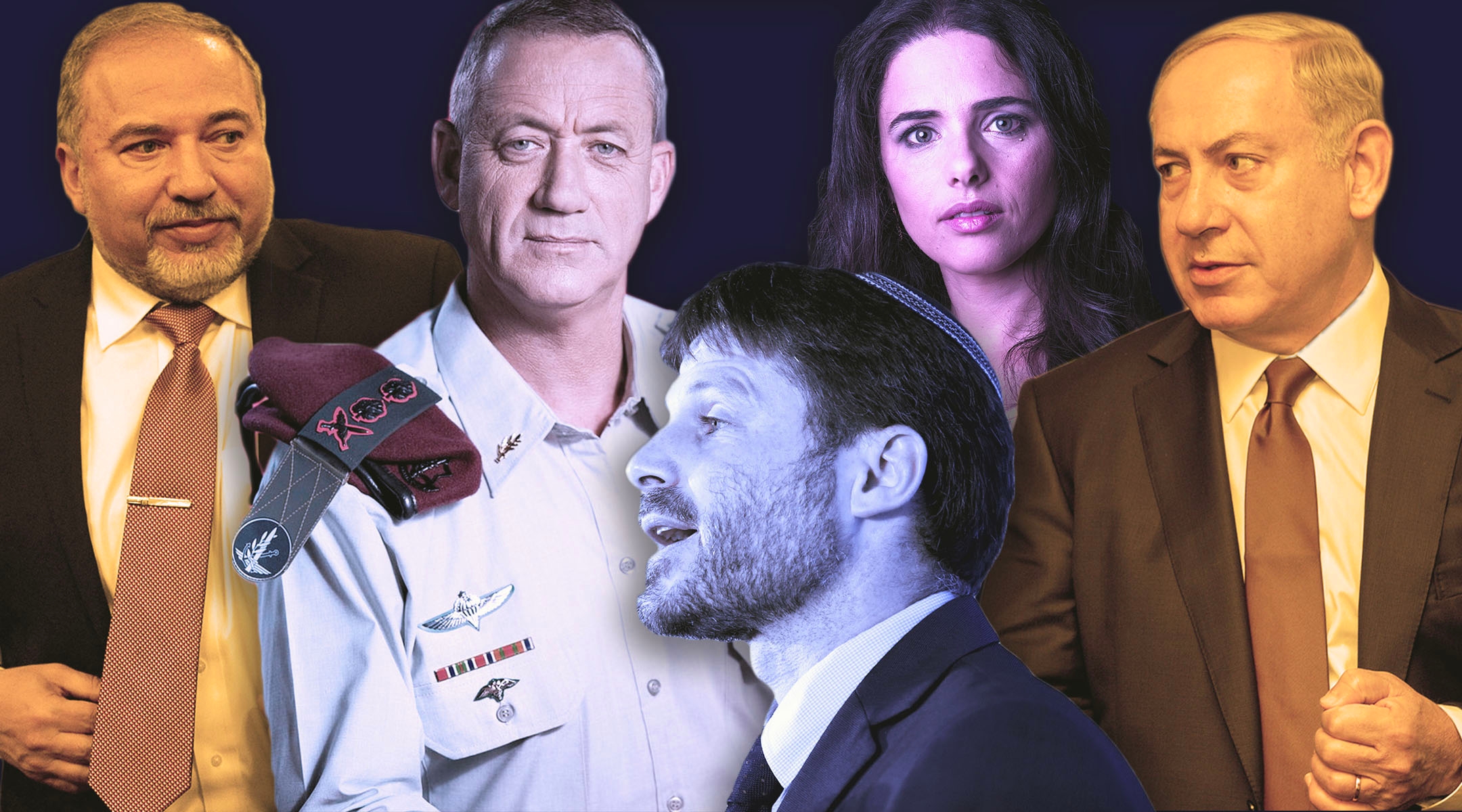 JERUSALEM (JTA) — One Israeli campaign ad depicts an Orthodox politician demanding “all the money in Israel.”

There’s one of a secular Israeli man knocking the candles and challah from a children’s Shabbat dinner table.

Another ad plays ominous music as crowded images of Jews in black hats flash on screen, while one features secular, left-wing politicians in grainy, brown photographs being called “rubes.”

Ahead of Israel’s election on Tuesday, the vitriol is flying over the place of Orthodox Judaism in the Jewish state. Secular politicians are warning of a theocracy. Religious politicians warn of anti-Orthodox persecution. Both sides seem to suggest that the soul of the country is at stake.

Government and religion are deeply intertwined in Israel, where public transit mostly doesn’t run on the Sabbath, the state does not recognize liberal Jewish weddings and many Orthodox Jewish men are exempted from the country’s mandatory draft. Parties have long appealed to their religious or secular constituencies to either protect or reform these laws.

But in this election, those issues have taken center stage, captivating the attention of politicians and sparking a fierce fight. The rhetoric has has attacked individual politicians and demonized whole groups. In 2015, Prime Minister Benjamin Netanyahu made headlines for warning of “Arabs streaming to the ballot box in droves.” This year, his main rival, Benny Gantz, tweeted out an ad warning of high voter turnout in the Orthodox city of Bnei Brak.

“When religion and state get more space in elections, it’s always vitriolic,” said Einat Wilf, a secular centrist former Israeli lawmaker. “People understand the implication that their way of life is in danger. So the rhetoric in many ways plays into real fears.”

This election in fact was triggered by conflict over religious policy. Following elections in April, Netanyahu was poised to form a right-wing governing coalition with a combination of Orthodox and secular parties that are hawkish on defense. But one of the secular party leaders, Avigdor Liberman, would only join the coalition if the country’s military draft was expanded to include more haredi Orthodox men — they can use a religious exemption to avoid being conscripted in the army. The haredi parties balked, the coalition never formed and a second round of elections was called.

While Israelis usually vote on national security and the economy, there is little difference among the major parties on those topics — including Netanyahu’s ruling Likud and the upstart Blue and White led by Gantz. So while there is still heated debate about the Israeli-Palestinian conflict, and Netanyahu has tried to garner support by promising to annex part of the West Bank, the competition in the current  race primarily revolves around domestic issues like the role of religion.

Fighting over religion appears to help both sides. Wilf said that Gantz, Netanyahu’s rival, was explicitly promising a broad secular coalition because it polls well with Israeli voters. Liberman, who earlier this year was well on his way to seeing his political influence wane, has seen his support in the polls spike and has doubled down on his promise to keep Israel from becoming a theocracy run according to Jewish law.

An Orthodox lawmaker, Yaakov Asher, said that Liberman’s campaign will end up driving his Orthodox constituents to the polls.

“From our point of view, they are doing the best campaign possible for us because you can’t be apathetic when you see parties using motifs of hatred against you,” Asher told The Jerusalem Post.

But Wilf pointed out that plenty of Israeli elections have featured heated debates over religion. In 2003, the now-defunct Shinui party ran on reducing Orthodox influence in government. A decade later, an ad from Shas, an Orthodox party, caricatured a woman with a thick Russian accent getting a fake Jewish conversion as she was about to get married.

“When the haredi parties are in power, they take as much as they can take, then at one point they tend to overreach,” Wilf said. “Secular Israelis are feeling their way of life has been threatened, and then they’re fighting back.”

The religious war of words comes alongside Netanyahu’s recent inflammatory statements on Arab Israelis. His party sent thousands of observers with cameras to Arab polling places in April. When the Central Elections Committee outlawed the tactic, Netanyahu pushed legislation to allow the cameras, alleging widespread Arab-Israeli voter fraud and stating that his opponents, who opposed the measure, “want to steal the elections.” His effort failed.

Earlier this week, visitors to Netanyahu’s official Facebook page were greeted by an automatic message sent by a chatbot warning of a “secular left-wing weak government that relies on Arabs who want to destroy us all — women, children and men.”

The rhetoric has become so charged because Israel is in the middle of a “cultural war,” said Yedidia Stern, a senior fellow at the Israel Democracy Institute think tank. Stern worries that the verbal conflagrations could end up delegitimizing Israel’s electoral process.

“The main threat is what will happen after the election when the losing side may say for the first time that it will not accept the outcome,” he said. “It might happen this time. I am afraid that Netanyahu or [opposition candidate Ehud] Barak will say it doesn’t represent the will of the people. The question is, do you accept the rules of the game?”