Trump accuses Adam Schiff of fraud and treason, calls for his arrest 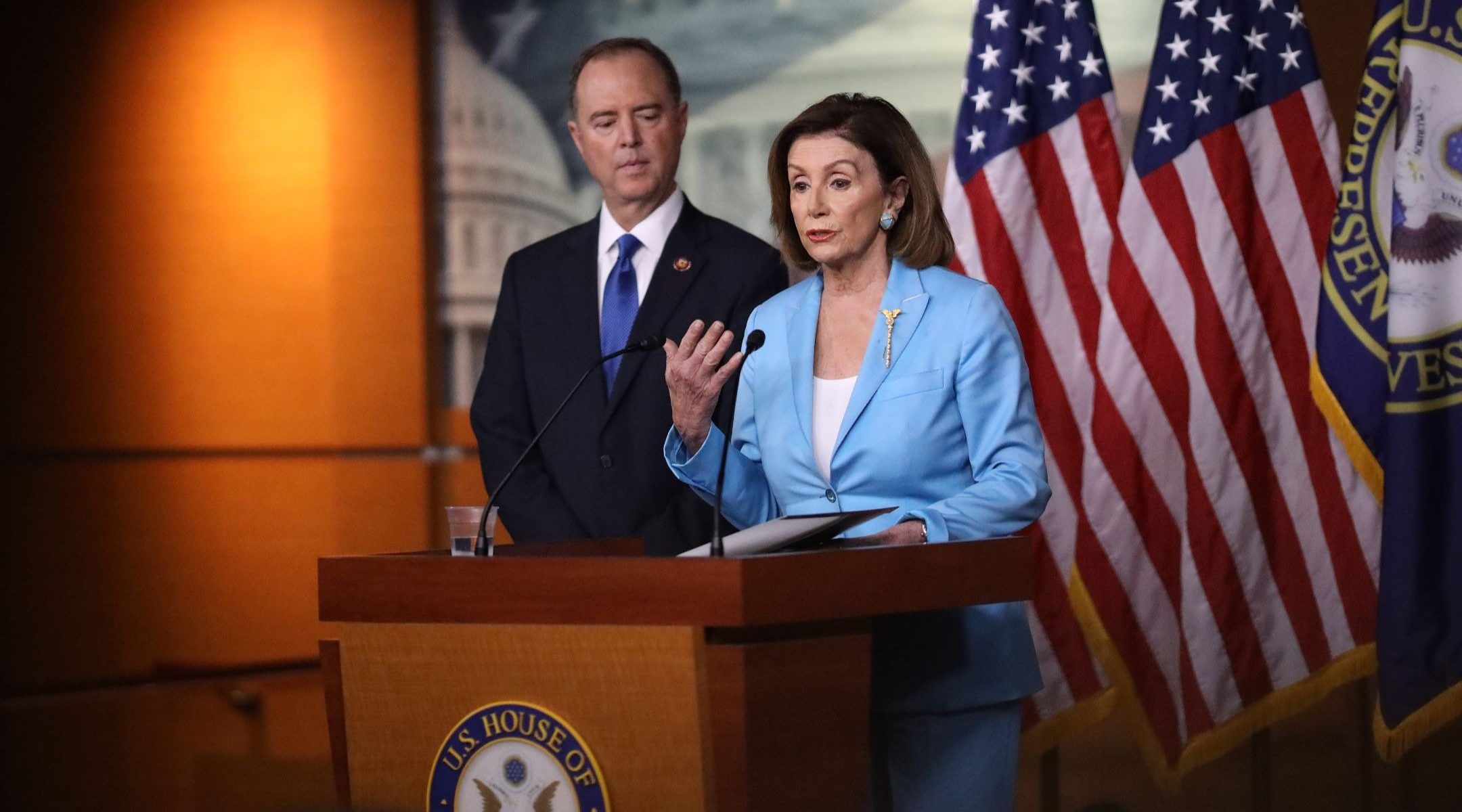 “Shifty Schiff” is a “lowlife,” Trump told reporters on Wednesday. “He should resign from office in disgrace and frankly they should look at him for treason.”

Trump repeatedly made similar statements in recent days on Twitter, charging that Schiff, of California, had a read “fake” statement during an Intelligence Committee hearing last week and calling for his arrest.

The president’s attacks come amid an escalating impeachment fight over his effort to pressure the government of Ukraine to investigate former Vice President Joe Biden, the leading Democratic contender to face Trump in 2020. Three House committees handling the impeachment inquiry threatened to subpoena the White House for documents related to Trump’s interactions with Ukraine.

“Over the past several weeks, the Committees tried several times to obtain voluntary compliance with our requests for documents, but the White House has refused to engage with — or even respond to — the Committees,” according to a memo signed Wednesday by Schiff as well as Eliot Engel of New York and Elijah Cummings of Maryland, the chairs of the Foreign Affairs and Oversight committees, respectively.

Attached to the memo was a draft subpoena that a news release said would become formal on Friday absent White House compliance.

“I have a favor I want from you though, and I’m going to say this only seven times so you better listen good,” Schiff said. “I want you to make up dirt on my political opponent, understand? Lots of it. On this and on that.”

Republicans on the committee reprimanded Schiff for making light of the proceeding.

“Why isn’t Congressman Adam Schiff being brought up on charges for fraudulently making up a statement and reading it to Congress as if this statement, which was very dishonest and bad for me, was directly made by the President of the United States?” Trump asked Tuesday on Twitter. “This should never be allowed!”

The following day, on the same social media platform, Trump said: “Congressman Adam Schiff should resign for the Crime of, after reading a transcript of my conversation with the President of Ukraine (it was perfect), fraudulently fabricating a statement of the President of the United States and reading it to Congress, as though mine! He is sick!”

Trump had tweeted on Monday that Schiff “illegally made up a FAKE & terrible statement, pretended it to be mine as the most important part of my call to the Ukrainian President, and read it aloud to Congress and the American people. It bore NO relationship to what I said on the call. Arrest for Treason?”

And this tweet from Sunday evening: “I want Schiff questioned at the highest level for Fraud & Treason.”

Trump also has called the impeachment inquiry launched in the House of Representatives a “coup.”

Separately on Tuesday, the same three House committee chairs accused Secretary of State Mike Pompeo of illegal obstruction of the impeachment inquiry for saying that for now he would keep State Department witnesses from testifying.

“Any action like that, that forces us to litigate or consider litigation will be considered further obstruction of justice,” Schiff said Wednesday in a news conference with House Speaker Nancy Pelosi, D-Calif.

In any case, Pompeo’s pledge to keep witnesses from testifying appears to be faltering. At least two witnesses, both diplomats who have dealt with Ukraine, have scheduled depositions with the relevant committees.