America’s 7.5 million Jews are older, whiter and more liberal than the country as a whole 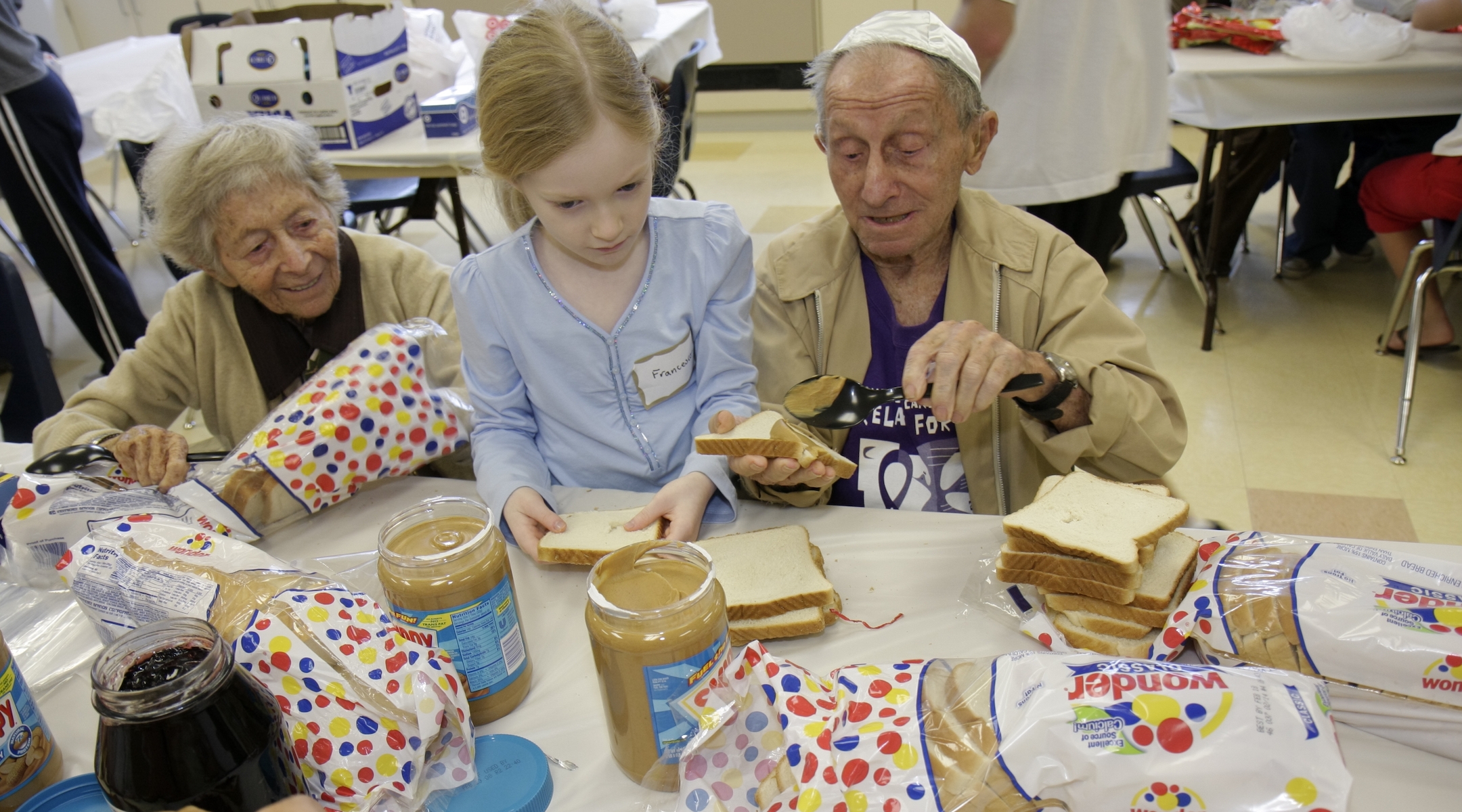 Those aged 65 and older make up more than a quarter of the U.S. Jewish population. (Jeffrey Greenberg/Getty Images)
Advertisement

NEW YORK (JTA) — In the past seven years, the American Jewish population has grown 10 percent.

It remains a population that is mostly liberal, college educated and overwhelmingly white. And it’s not getting any younger.

This is all according to a new American Jewish population estimate of the 48 contiguous U.S. states put out by Brandeis University’s Steinhardt Social Research Institute. The center published similar studies in 2012 and 2015.

“The cynicism about American Judaism, and this belief that we are a shrinking population, we are a vanishing population, is incorrect,” said Leonard Saxe, director of the Steinhardt Center. “The prophecy of the vanishing Jew has not come to fruition.”

The study is based on data collected from approximately 150 independent surveys that sampled about 234,000 adults, including 5,300 Jews. Each estimate in the study comes with a range. For example, the study estimates the total Jewish population at 7.5 million, but it could be as low as 7.1 million or as high as 7.8 million.

The study also broke down the number of Jews by age, racial background, education level and geographic location, among other factors.

Here are five key things to know about the Jews of the United States in 2019.

There are 7.5 million Jews in the United States.

The study found that as of 2018, there are approximately 7.5 million Jews in the contiguous United States (and, to be honest, there likely aren’t a ton more in Alaska and Hawaii).

That’s only about 2 percent of the U.S. population, but it’s enough to make the United States home to the largest Jewish community in the world. According to recent government statistics, Israel has 6.7 million Jews.

People who say their religion is Jewish account for some 1.8 percent of all U.S. adults, or 4.4 million people, according to the study. There are an additional 1.5 million or so adults who “consider themselves Jewish by background and other criteria.” And there are 1.6 million children being raised Jewish in the U.S.

Those numbers are up from the 2012 survey, which found 6.8 million total Jews in the United States. And the number of Jews who do not define themselves by religion soared — to about 1.5 million from approximately 1 million. Saxe said part of that major increase was the overall growth of all Americans of no religion.

“It’s more acceptable now to say, if you’re not a religious Jew, that you’re a Jew of no religion,” Saxe said. “More people, especially young people who don’t engage in the religious practice their parents have, are of no religion, but that doesn’t mean they’re not involved or that they don’t become more involved as adults.”

More than one in 10 Jews is not white.

While the United States is growing more diverse, the Jewish community does not appear to be following suit.

In 2010, the U.S. Census Bureau found that 63 percent of the country was non-Hispanic white. By 2019, that number was hovering around 60 percent. And by 2045, whites are projected to be a minority in the country.

Meanwhile, the numbers in the Jewish community have remained level. In 2019 and the previous two surveys, the percentage of Jewish Americans who are white has remained at approximately 89 percent, though the percentage is higher among younger Jews. Among Jews aged 18 to 24, the study found that 14 percent identified as nonwhite or Hispanic.

Among the 11 percent of American Jews who are not white, 2 percent are black, 5 percent are Hispanic and 4 percent are another ethnicity.

Younger Jews may be more diverse, but they still make up a smaller percentage of the overall Jewish population.

Among the states with large Jewish populations, Florida (perhaps unsurprisingly) had the largest share of seniors — one-third of its Jews are 65 and older. Conversely, the state with the highest share of 18- to 24-year-olds is Utah, where 15 percent of Jews fell into that age cohort.

Notably, the study found that even as the Jewish population has grown overall, the number of children being raised Jewish has held steady since 2012 at 1.6 million. Saxe said that determining the precise number of Jewish children is difficult because it’s hard to say what exactly counts as being raised Jewish.

Jews across the country are liberal and vote for Democrats.

Ahead of 2020, politicians may do well to keep in mind that across America’s tapestry of red and blue states, Jews are reliably liberal and mostly support the Democratic Party.

There are more than twice as many Jewish liberals (42 percent) as Jewish conservatives (20 percent). Moderates comprise 37 percent of Jews. As a whole, 38 percent of Americans identify as conservative and 24 percent as liberal.

Washington, D.C., has the highest percentage of Jewish Democrats (70 percent), followed by the states of Maryland (57 percent), California (55 percent) and Oregon (54 percent).

New York remains America’s Jewish capital. Wyoming, not so much.

The state with the largest Jewish population, by far, remains New York, with 1.5 million — or one in five Jewish Americans. Wyoming has the fewest Jews among the states with 2,200.

New York City also dominates Jewish population figures as a metropolitan area. Including the New Jersey suburbs, there are 1.8 million Jews in and around the Big Apple. Within New York City, Jews are concentrated in Brooklyn and Manhattan, which together have 678,000 Jews among a total population of 4.2 million — a proportion of 16 percent.